How I Became the Emperor of Northern Peru

Last year I was crowned as the Emperor of Northern Peru, following the footsteps of my childhood hero Kuzco from the Disney movie The Emperor’s New Groove.

Being a Monarch is not easy. Sure, you get some privileges that the common folk lack but in the end, there’s just too much responsibility behind it.

Here’s the story of how I did it. 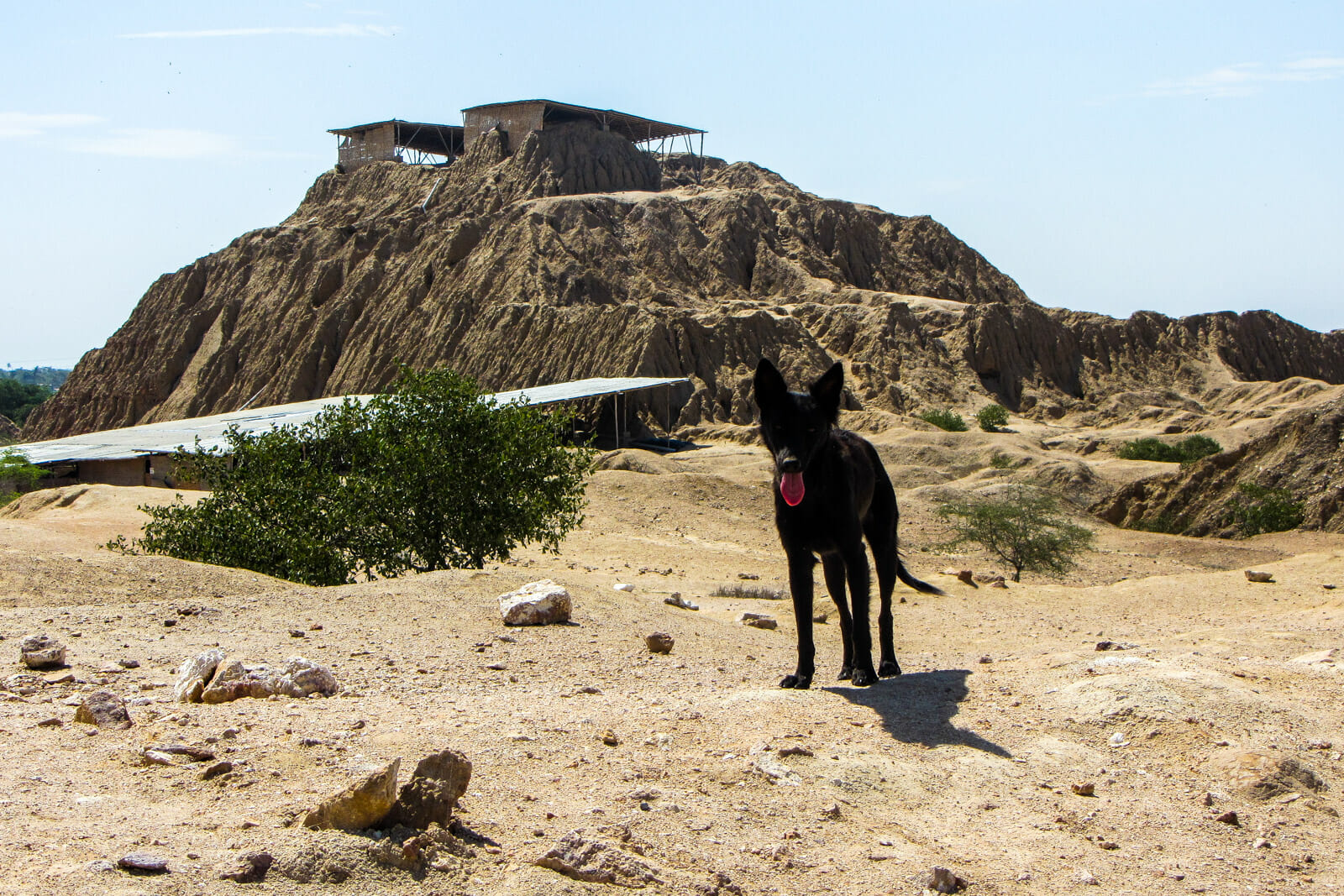 Exploring some of the many ruins at North Pero

Why travel to Northern Peru?

My journey to Northern Peru started in March 2013, it was a very nice afternoon in Lima, a city where I had been living for one week now. As I was ready to confirm my tickets for flying to Rio de Janeiro, I realized something: I needed a visa.

Yes, Brazil was the only Latin American country that required for us Mexicans to apply for a visa (the worst part? Said treaty was abolished in April 2013 so now we Mexicans can travel there visa-free, leaving me with a useless and expensive piece of paper).

Since I had already bought my flight for the next day, I had to call the airline to postpone it for one week until my visa was approved. Having already grown a little bit tired of Lima I then decided to travel for a few days to the only region of Peru I hadn’t explored yet: Northern Peru. 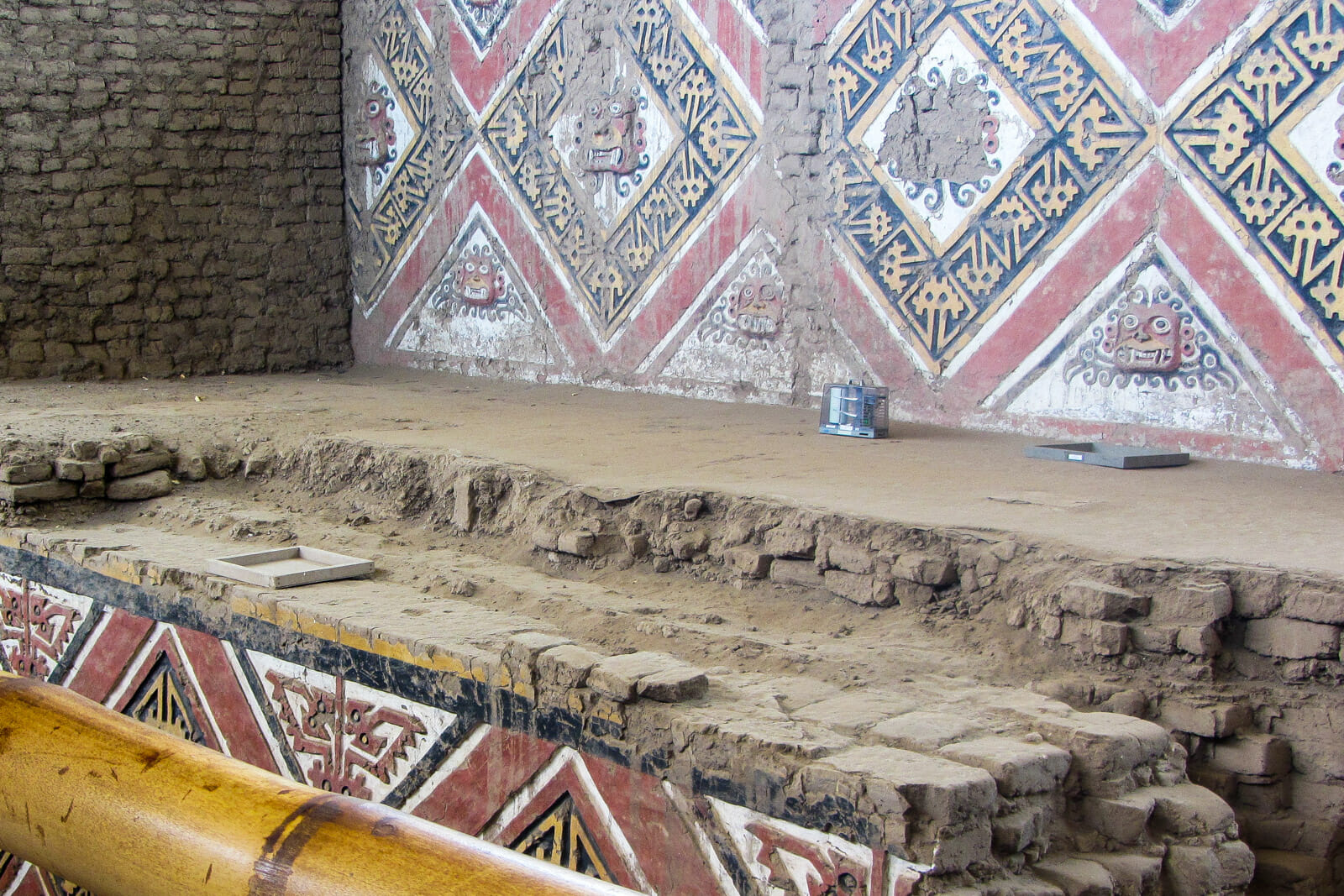 The Moche ruins at Northern Peru

Trujillo is the most important city of Northern Peru and from there, you can easily access the many archeological zones, museums, beaches and horse ranches of Northern Peru, making it the ideal base of operations for exploring the area.

It is located some eight hours north of Lima so it’s perfect for an overnight journey. In my opinion, a visit to Northern Peru is definitely recommended if you have the extra time after exploring the rest of the regions of this wonderful country.

The historical center of Trujillo is very pretty by day and even more pretty by night, although most people will find it quite dull and boring after a while.

Public transportation to the archeological areas is not that good so I ended up taking a cheap 10 USD one-day tour to visit some of the most important ones of the Moche culture of Northern Peru: Huaca (a word meaning sacred site) of the Moon, Chan-Chan Archeological Site and the Tomb of the Lady of Cao. 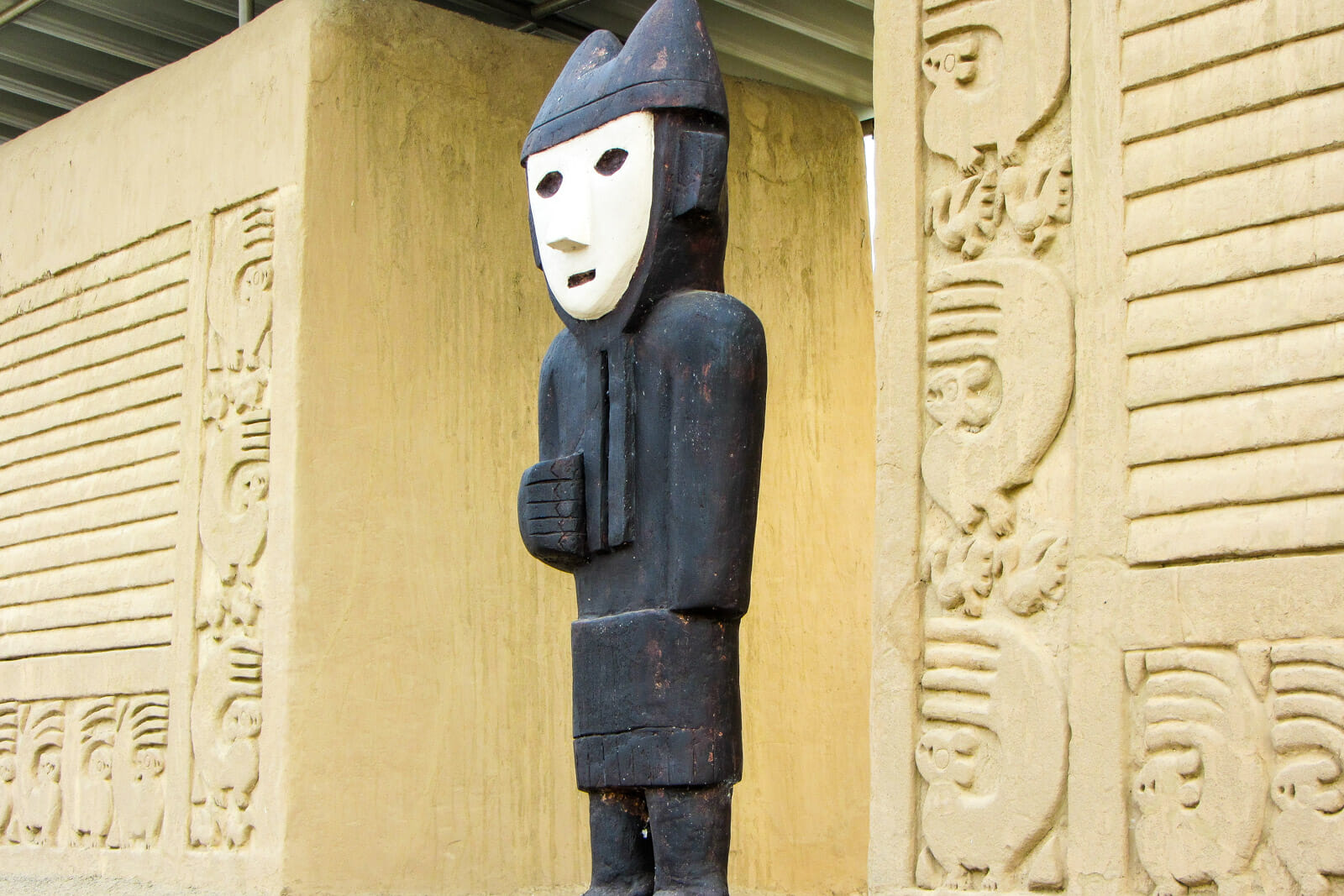 The Moche Culture of Northern Peru

Huaca of the Moon and the Monsters

The Moche Culture of Northern Peru were not that different from the Incas that inhabit the Eastern region of the country, the main difference was that the Moches lived in arid zones and were based very close to the ocean. Local legend has it that one of the first God-Kings of their culture came by boat from far-away lands.

Of course, this probably means that the first rulers of Northern Peru came from one of the Polynesian Islands but it could also mean that they came from Mexico, thus, fortifying my royal claims to the stone throne.

Unlike the Incas, the Moches built their temples and palaces using adobe and were big fans of colorful drawings, in fact, the main attractions that you will find in Northern Peru are the intricate and detailed carvings that they did as well as the metallic decorations of their rulers.

The most emblematic mural of the Moche culture of Northern Peru is located in the Huaca of the Moon and symbolizes a red monster that was feared as a God according to their local traditions. His name? Ai Apaec the beheader. No wonder they were scared of him! 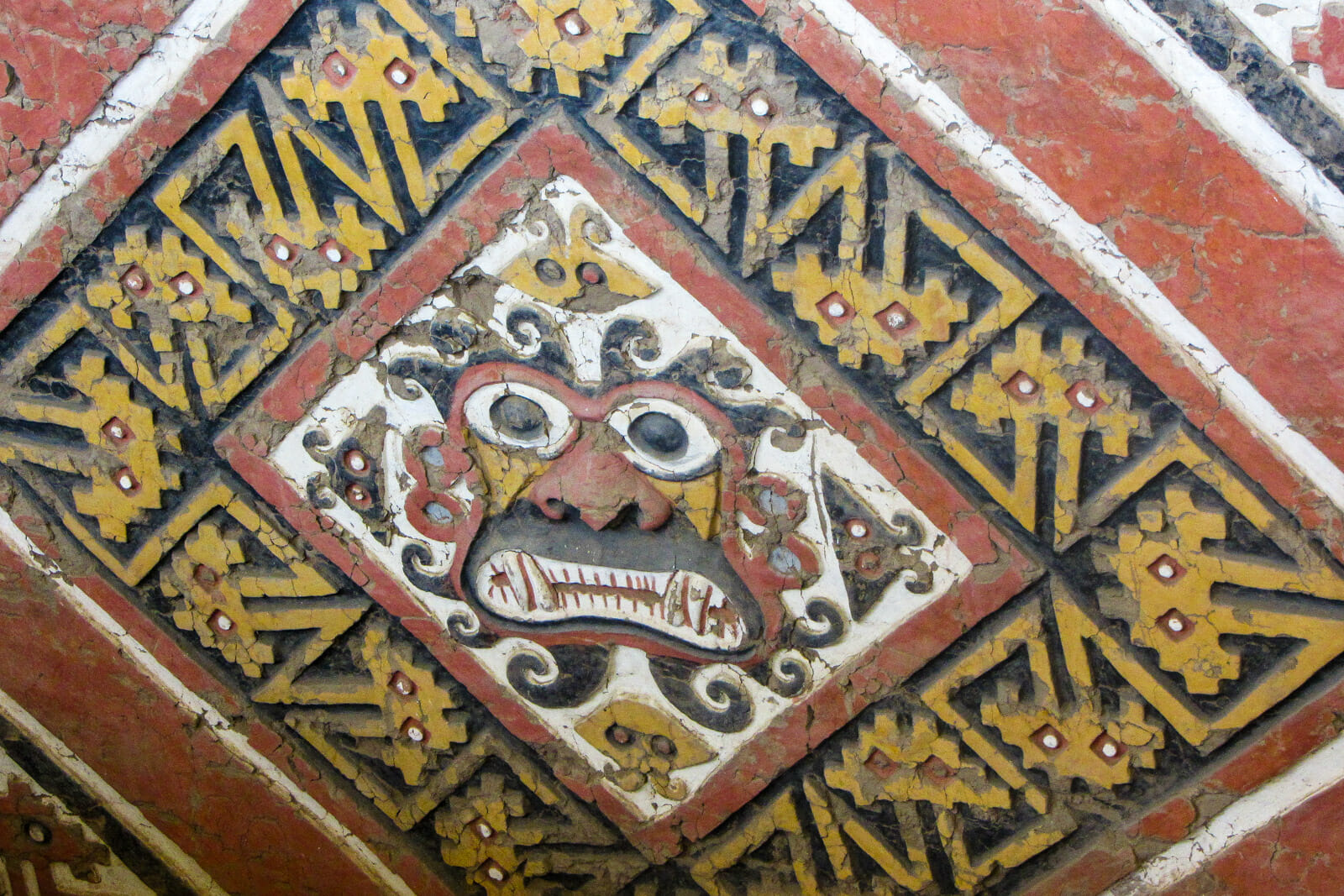 Museums and the Tomb of the Lady of Cao

A few km away from Trujillo itself, you will find the ongoing (at the time) excavation of the Tomb of the Lady of Cao, the Tattooed Sorcerer Queen of the Moches as well as some very interesting museums depicting the way the ancient rulers of Northern Peru were buried and the strange positions they adopted.

I would definitely suggest you to visit it today since I’m sure it has dramatically changed ever since I visited Northern Peru last year. 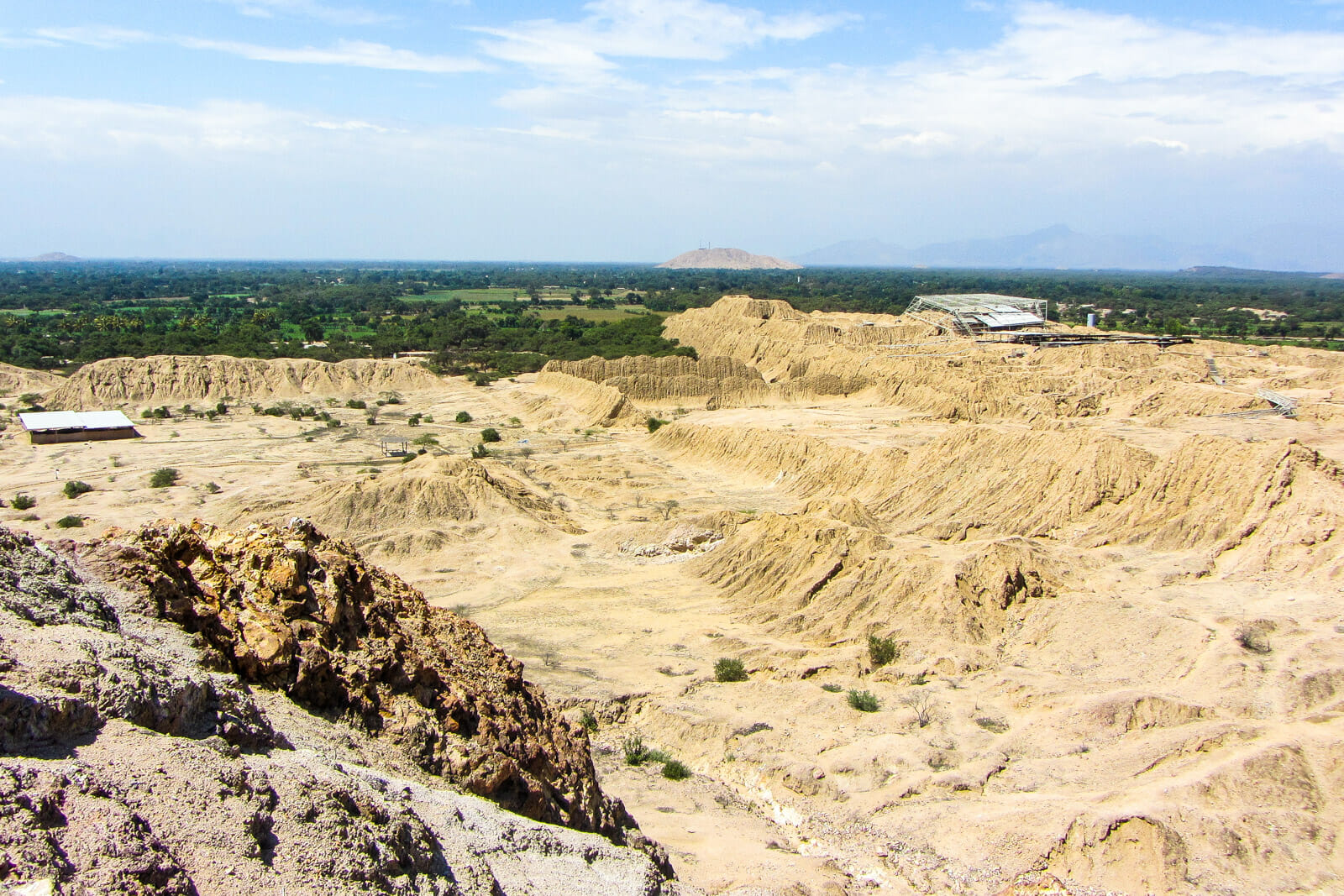 The arid landscapes of North Peru

Chan-Chan Palace and my Royal Coronation

Last but certainly not least, I visited the immense palace of Chan-Chan, center of the Moche culture. In this place, there were once highly detailed statues of guardians, of which only fragments of the original remain, in their place you can see some interesting full-scale replicas of them.

It is quite shocking that the media focuses a lot on the archeology of the Inca culture while completely ignoring the general awesomeness of the cultures of Northern Peru such as the Moche one.

As soon as I arrived to the Chan-Chan Palace, I sensed that something strange was going on as our guide disappeared and in his place, an ancient Moche warrior of Northern Peru appeared to guide us through his palace.

Suddenly, the Moche warrior placed his eyes on me, the only non-Peruvian in the group. As we both exchanged glances, he knew I was there for a reason so he bended his knee and asked me: “Would you take the throne, my lord?”.

Of course, later that day I learned that he was actually an actor and that this coronation wasn’t official at all but hey, who cares? I got an awesome picture and the privilege of being an Emperor for a day! 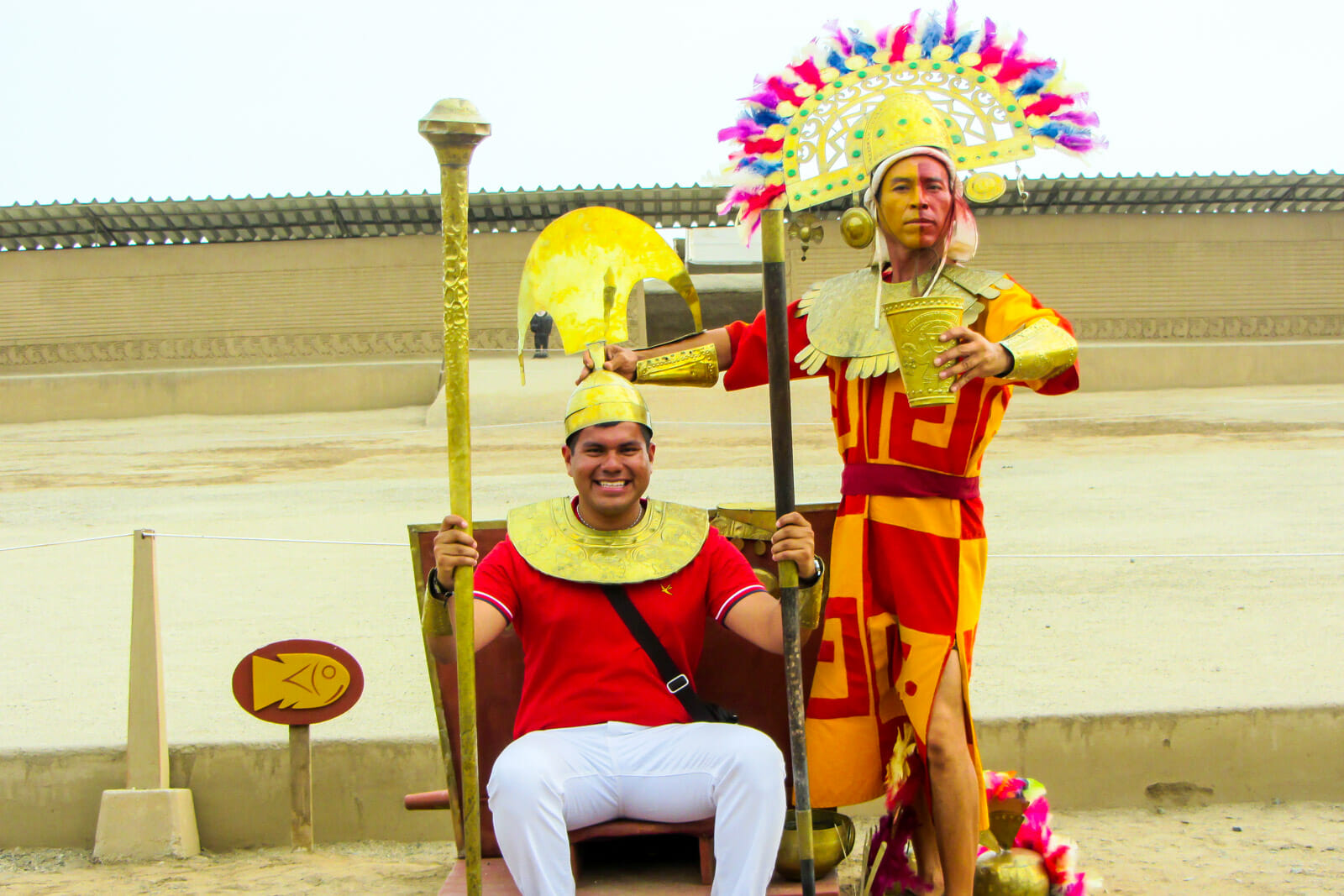 Have you ever visited Northern Peru? Would you like to? What do you think of my awesome crown? Share your thoughts and let me know what you think! 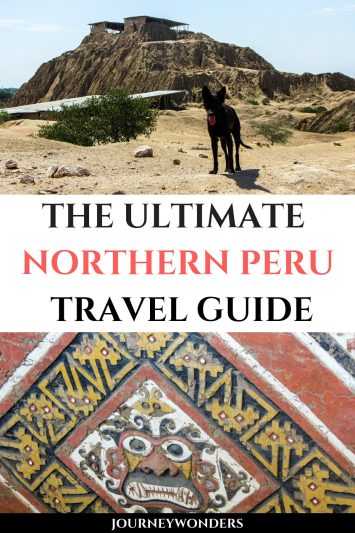