If you ask me, I prefer train terminals or bus stations since the process is much easier and you only need to be there a few minutes before departure.  Airports? They often require you to be 2 to 3 hours before departure for international flights and 1 hour for domestic flights.

To make matter worse, some flights (especially the cheapest ones) have ungodly departure times that require you to stay overnight at the airport. Here’s a guide about how to survive long layovers and my best tips to sleep at the airport like a champion. Are you ready?

Most major cities have a 24 hour system of buses, trains and shuttles that can get you from the city center to the airport so there are times when you don’t really need to spend the night there. Make sure to investigate and always double-check. Most hotels and hostels are actually very flexible in that sense and will allow you to stay in the common area even past midnight.

However, this isn’t the case in small cities where the only option is to either take the last public transportation and then kill time at the airport or to take an expensive taxi once the time arrives. Buy hey, before making the choice of sleeping at the airport there is something very important that you need to verify first…is the airport going to be open?

The Ultimate Airport Survival Guide #02: Make sure the airport is actually going to be open

Airports (as well as train terminals and bus stations) are not often ruled by common sense and you shouldn’t be surprised to find out that sometimes they actually close-off during the hours between the last and first departures of the day. Can you imagine arriving at 1 am in the morning only to find out that the airport is closed and you’ll have to wait outside the gates for it to open hours later?

One of the best ways to make sure if your airport is going to be open is to check this website called Sleeping in Airports which contains all the details about all the airports in the world including how good (or bad) the sleeping facilities are as well as information about wi-fi and electricity plugs. And talking about electricity plugs…

The Ultimate Airport Survival Guide #03: Arrive as early as possible and stock up

Last month I made the mistake of waiting until the last possible minute to arrive to the Rome Fiumicino Airport for my upcoming flight to Athens, Greece. Of course, once I arrived it was impossible to find a place to sit down since everyone and their pets claimed three seats to themselves so they could lay down.

Finding an electricity plug? Trust me, finding a diamond ring is easier than finding an electricity plug at the airport at night since that’s the number one spot for all travelers to claim. The sleeping at airport’s culture is so interesting that I swear that entire books could be written about all the…unique characters you will meet, pickpockets included and that’s why the next point is a very important one.

The Ultimate Airport Survival Guide #04: Sleep with one eye open… No, not literally!

International Airports are often targeted by pickpockets who take advantage of the naivete of travelers at night and rob them of their valuables. My best advice? Use your hand luggage as a pillow and place your feet on top of your backpack/suitcase/dufflebag. That way, you will be alarmed when someone tries to snatch it away from you.

Of course, some airports actually ask people to present their ticket (or at least their e-ticket) at night before being allowed inside the terminal but remember: Pickpockets come from all social classes and nationalities. Just because everyone else around you is a traveler means that you’re 100% safe. And speaking about safety and comfort, sometimes there’s nothing wrong with spending a little bit of money to get some peace of mind.

The Ultimate Airport Survival Guide #05: If everything else fails…just book an airport hotel and relax

Sometimes it’s perfectly fine to cut your loses and just pay money to sleep in a hotel right next to the airport. In fact, this is what I do during long layovers since it’s just not practical to go all the way to the city center and back to the airport within 20 hours, especially in big hubs such as Paris Charles de Gaulle or London Heathrow.

Also, make sure to check if you’re eligible to be part of your airline’s business lounge where you can be as comfy as home with many perks such as unlimited coffee and pillows.

Have you ever had to sleep at an airport? How was your experience? Share your thoughts and let me know about your craziest airport stories!

Disclaimer: This article was brought to you in collaboration with Holiday Inn London Heathrow and the Crowne Plaza London Heathrow , if you are thinking about sleeping at London Heathrow airport, be sure to check them out since they offer competitive prices and you’ll have access to facilities where you can relax during long layovers. Pretty neat, uh? 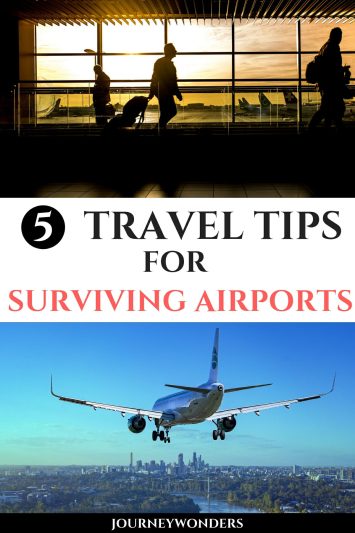