Have you ever dreamed about sleeping on top of an ice bed in a room made of snow? This winter fairytale can actually come true at one of the most fascinating places I have ever been to.

Here’s the complete story behind the Kemi Snow Castle, a place where the impossible can definitely happen if you wish for it hard enough.

Are you Ice, Ice, Ready? 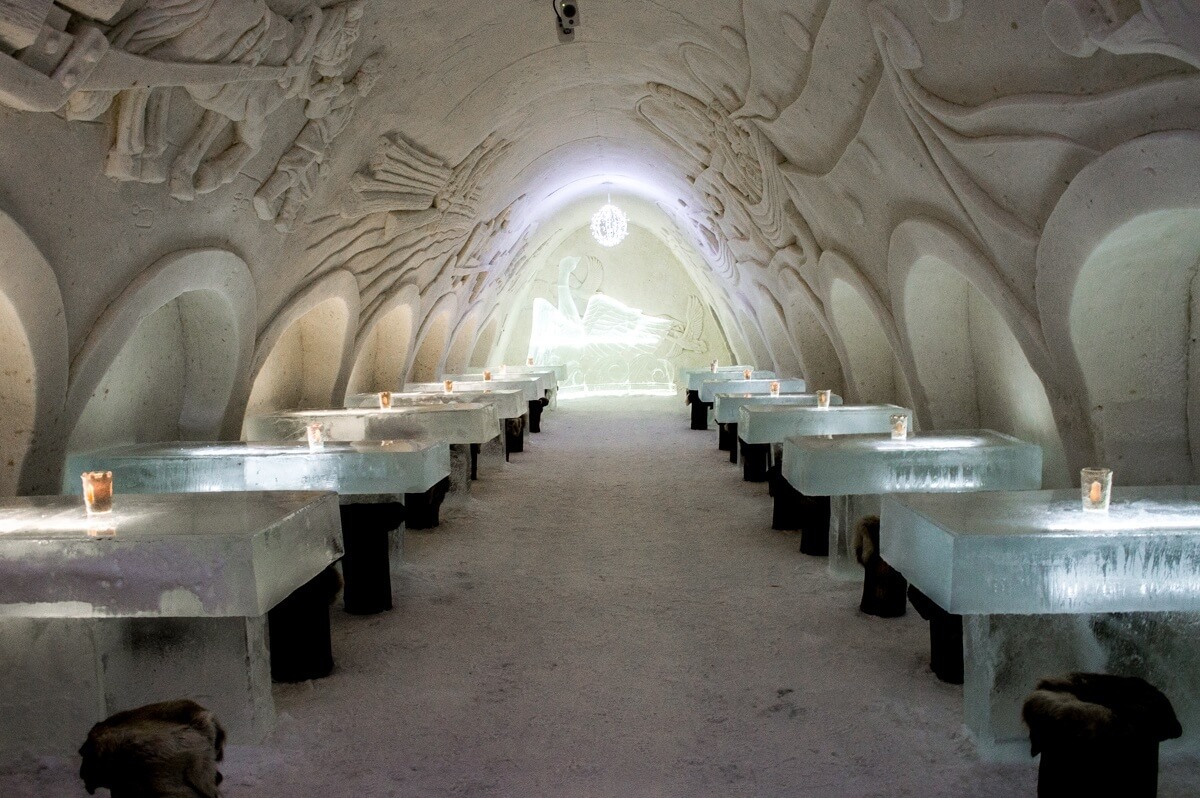 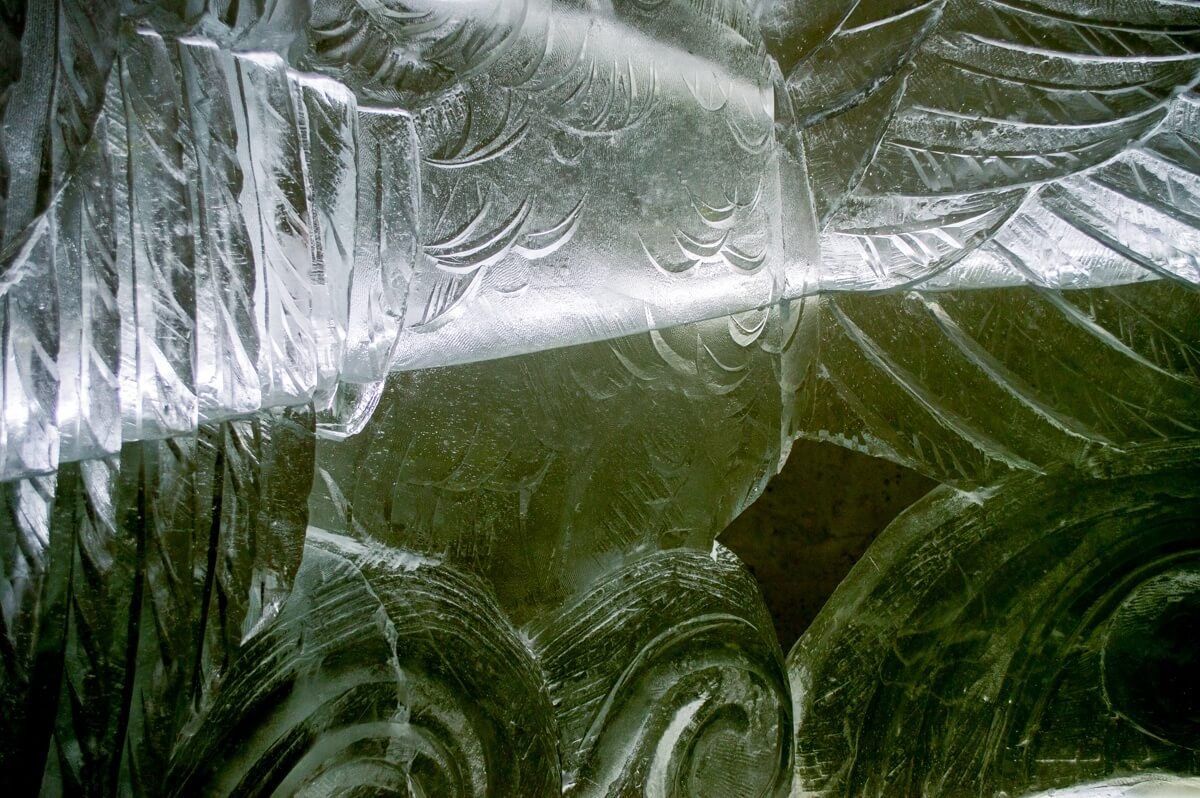 Snow. There’s something simply just magical about jumping into a big pile of snow as you smile and scream to the four winds. But hey, did you know that out of the World’s 200+ countries, only 50 of them have snow?

Doesn’t this feel as a great injustice to you? It does to me and UNICEF agrees. Back in 1996, UNICEF decided to make to right this wrong by fulfilling the dreams of many children from developing countries and so they participated in the Snow Castle project at Kemi, where the kids were invited to experience the snow for the first time in their lives. 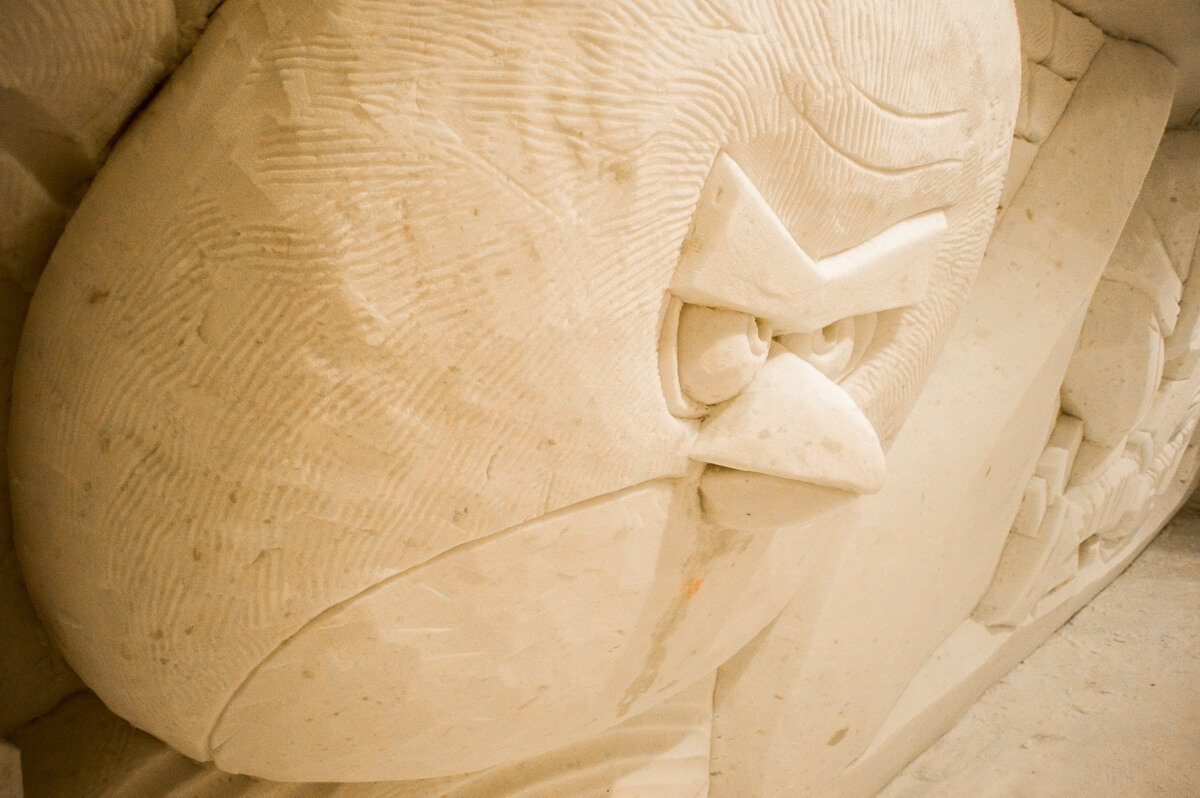 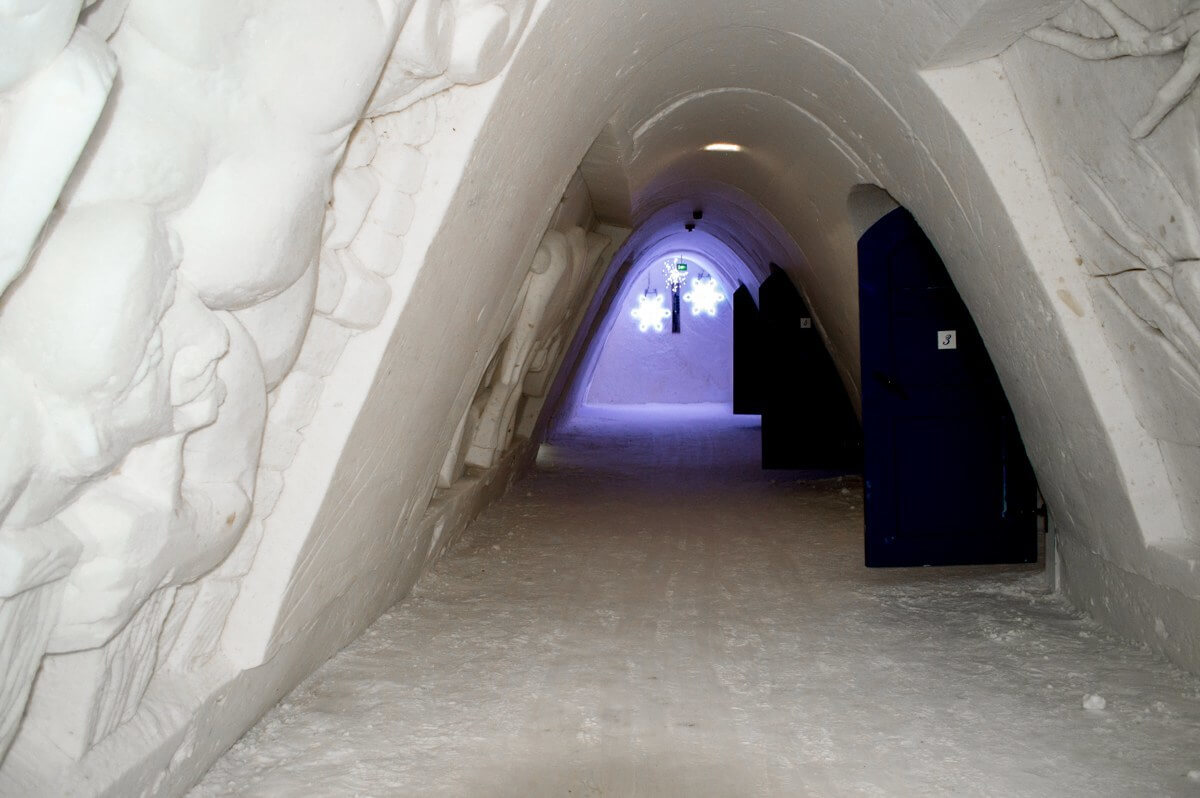 Entrance to the rooms of Kemi Snow Castle

As you can imagine, the innovation was a huge success and ever since, each year the Snow Castle of Kemi is built in the month of December and demolished in April, each time with a different thematic and decorations.

Superheroes, Fairytales and yes, even Angry Birds have embellished the halls of this unique exhibition to the ingenuity of humankind. This 2015’s theme is Finland itself and you can marvel at the sculptures showcasing the folklore and pop culture of this quirky country.

Today, you can visit the unique sculptures of ice and snow of the rooms as well as have a drink at the Ice Bar or dinner at the Snow Restaurant. Entrance fee to the Kemi Snow Castle is 15 euros per person and yes, you can take as many selfies as you want.

However, the true magic takes place at night when the day visitors go home and the Snow Castle becomes a hotel for those brave enough to sleep in the cold of the night. Dinner at the Snow Castle Restaurant 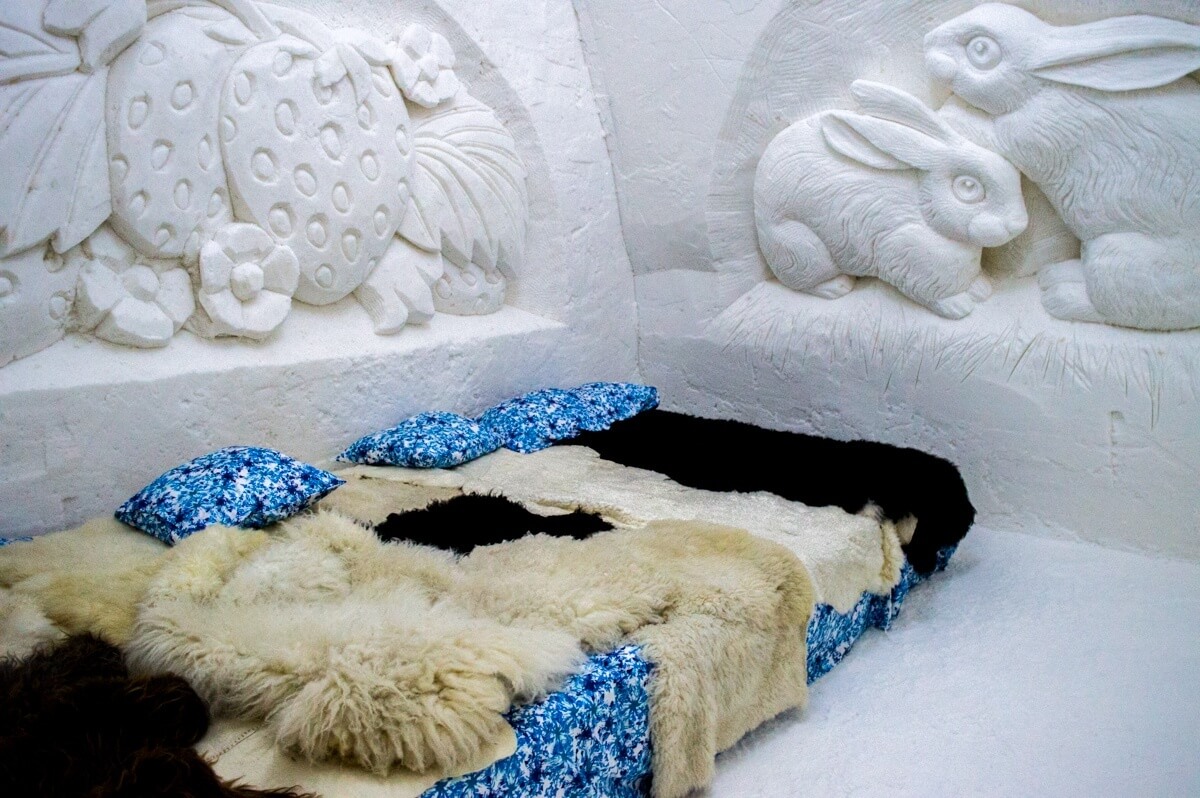 Dreams of Snow, the day I slept in a bed made of Ice

Whoever came up with the idea of a sleeping in a room at sub zero temperatures was probably a madman or a genius. Probably both. At nine o’clock the briefing begun with those who chose to spend the night inside one of the snow rooms.

“Marysia, if I die, could you please notify my fans on Facebook?” I asked my friend. “Come on, dude. Mexothermia is not a thing!!!” she replied, surprised by the fact that I have made it this far. In case you didn’t know, Mexothermia is the kind of Hypothermia that we Mexicans suffer at temperatures of 10 degrees Celsius.

Luckily, one of the staff members saw my concern and comforted me by telling me that nobody has ever died inside of the snow rooms. At least not yet. 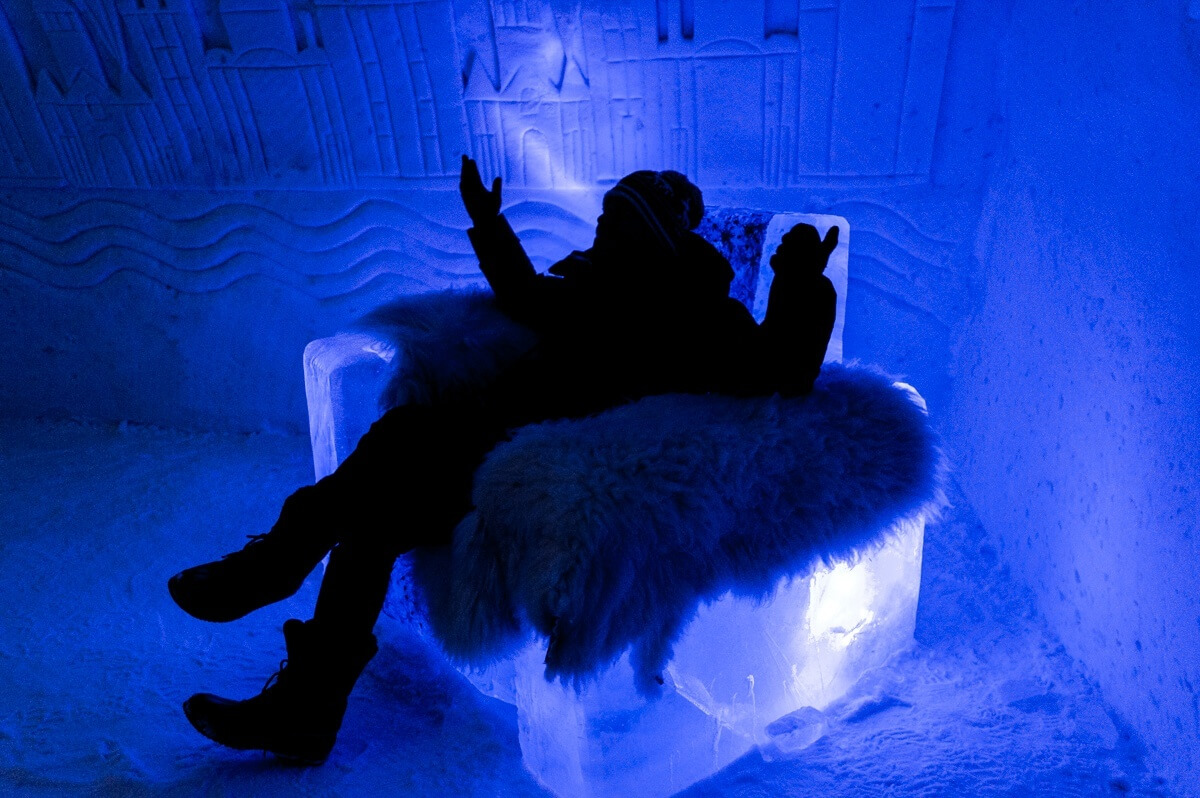 The Throne of Wonders 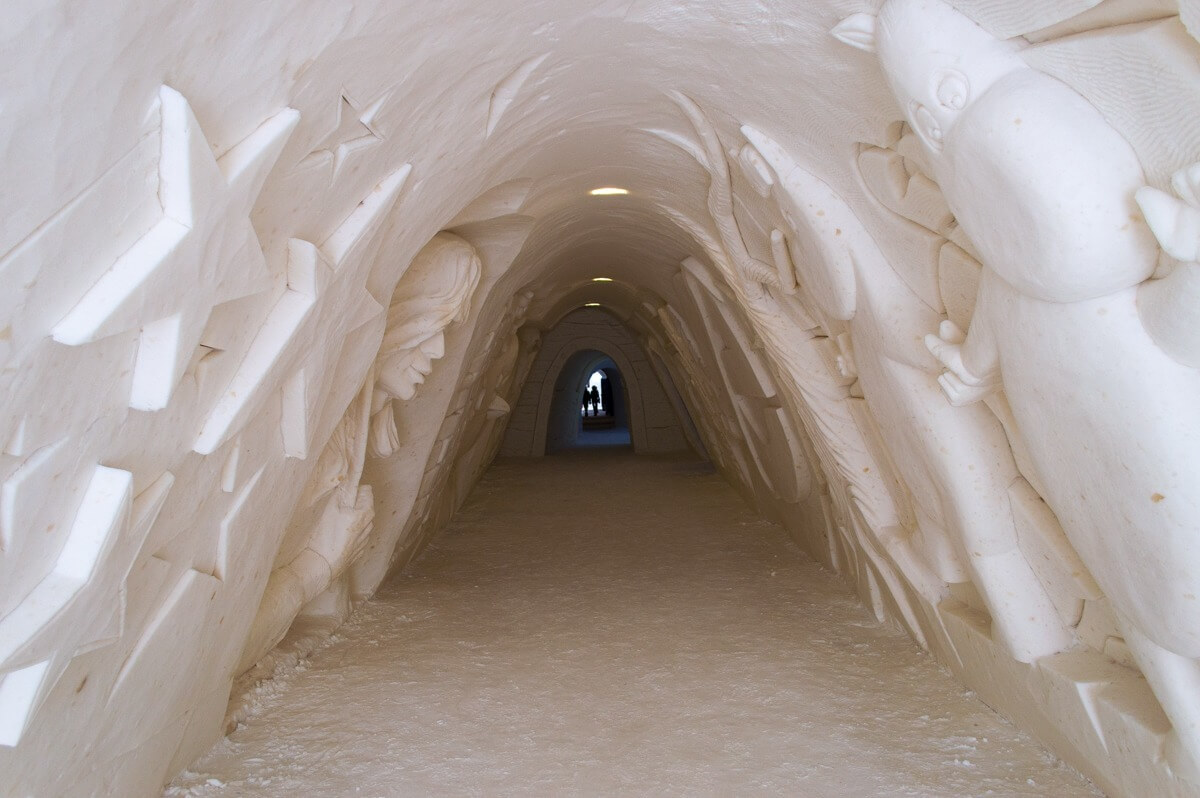 The secret to surviving at freezing temperatures is all about having the proper insulation from the elements and at Kemi Snow Castle, each person is provided with a sleeping bag meant to endure Arctic Temperatures.

The next morning, we woke up feeling better than ever and we headed to the red cabin known as the Warm House in order to enjoy our breakfast and prepare our bodies for a nice sauna session. “I did it, Marysia…I defeated Mexothermia. I’m the King of the World!!!” I shouted.

If Harry Potter is known as “The Boy Who Lived”, I think I deserve to be called “The Mexican Who Didn’t Died” from now on. 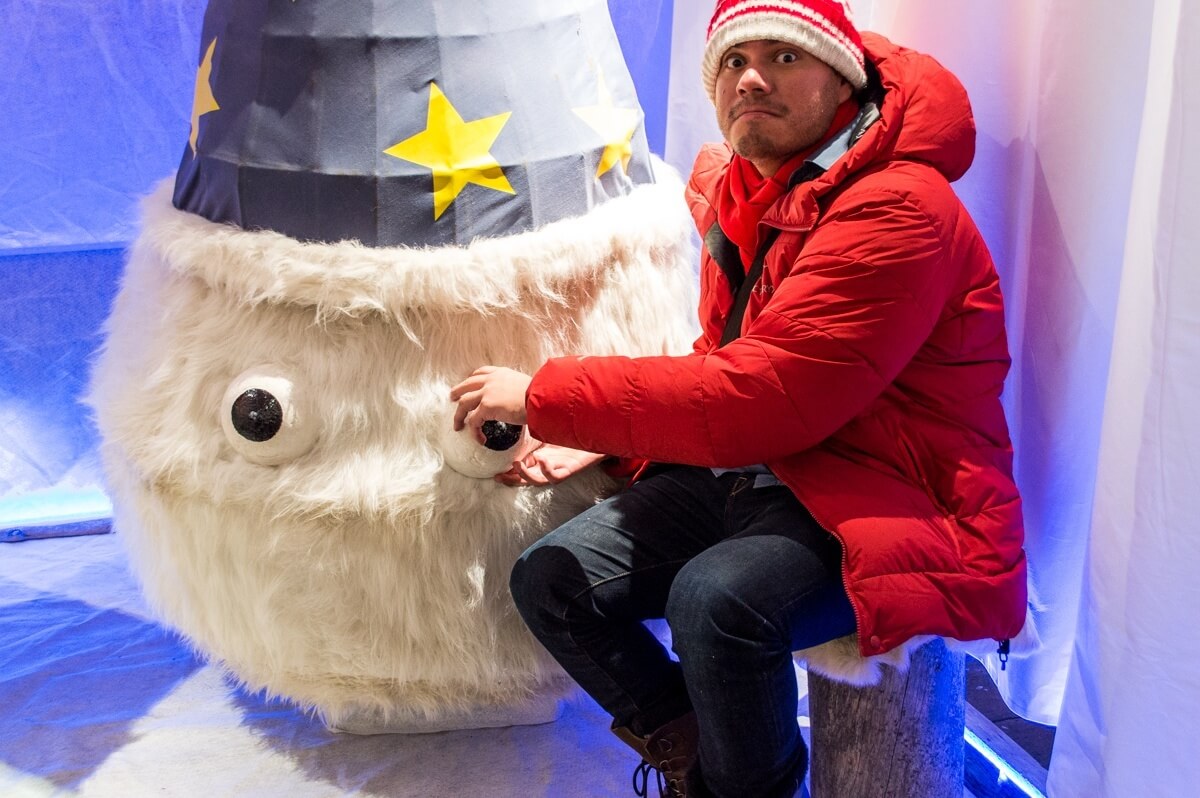 The Man of Wonders at the Kemi Snow Castle 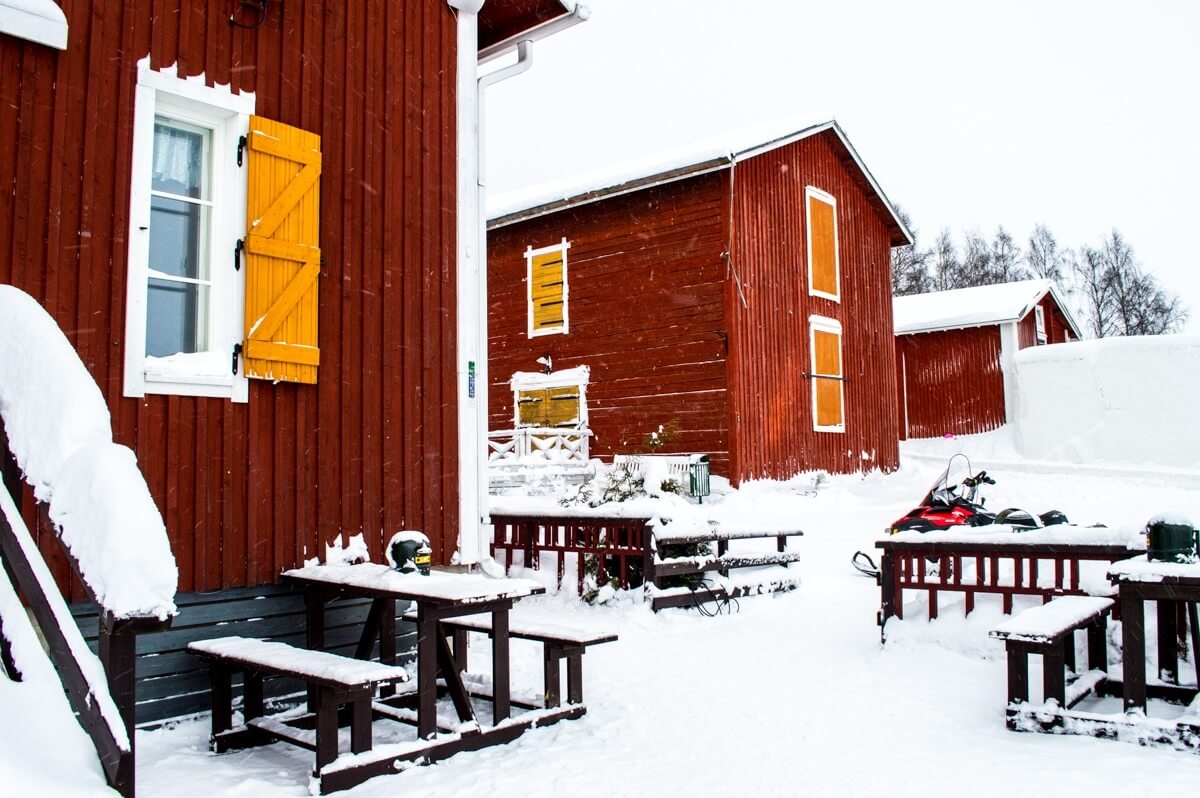 The Warm House at the Kemi Snow Castle

Practical information about Kemi and the Snow Castle

Besides the Snow Castle itself, Kemi has some interesting attractions such as the Gemstone Gallery, which includes a completed version of the infamously Unfinished Finnish Crown, and the Snow Castle Museum where you can learn more about the 20 year story of the Castle and the themes of the previous exhibitions.

Another main selling point of Kemi is the Sampo Icebreaker that takes passengers to the Ocean where the ship breaks the ice (well, duh) allowing the visitors to swim and float in the icy waters of Finland. 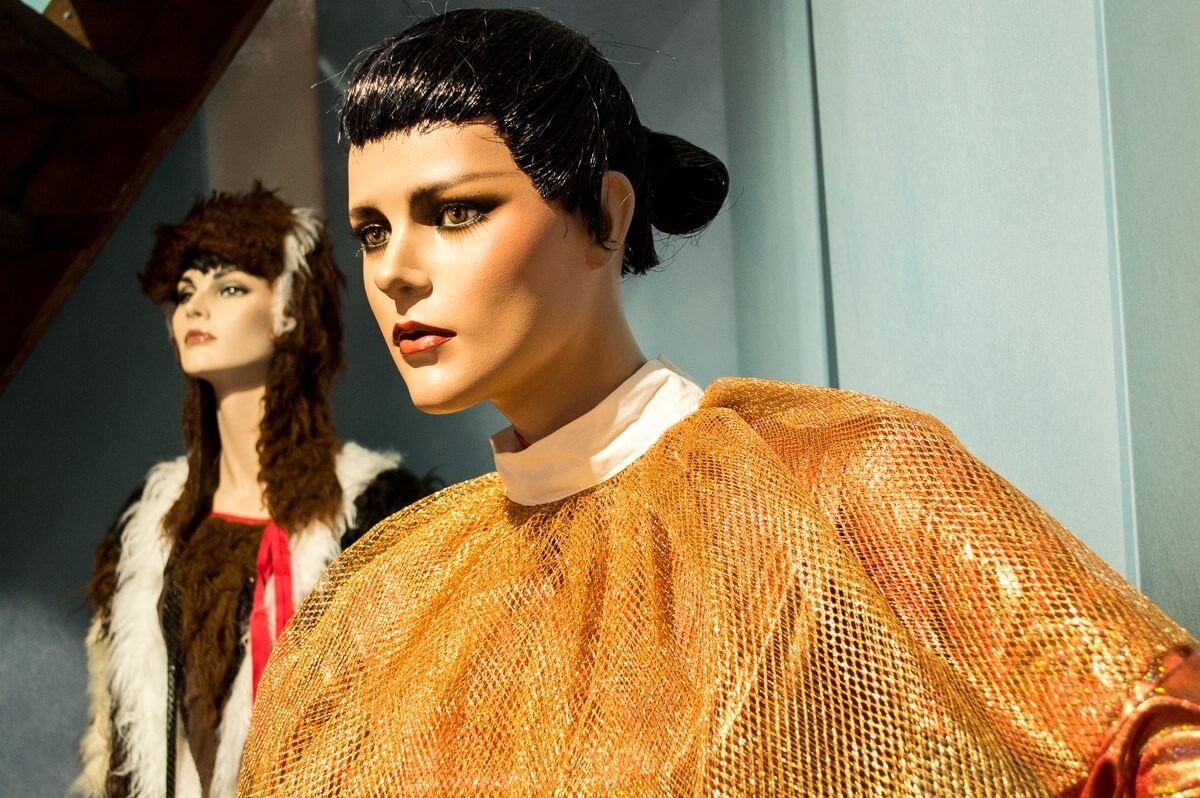 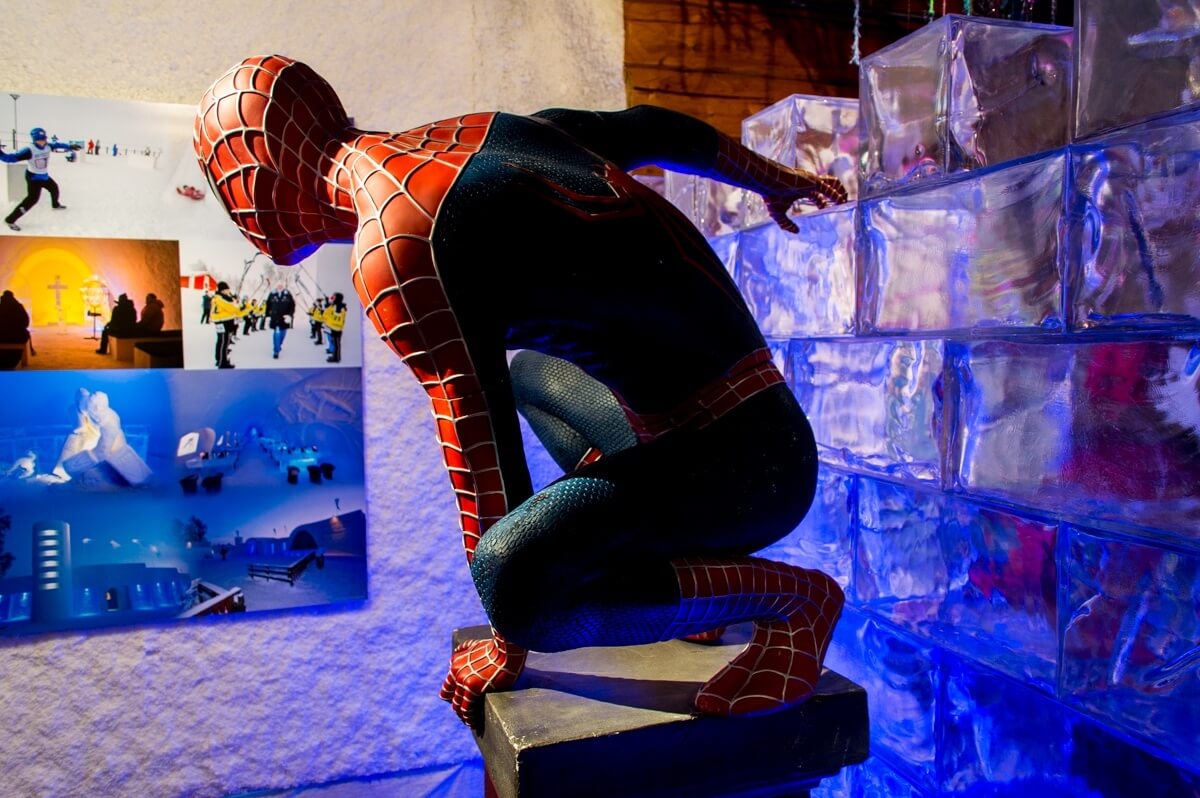 Also, if cold’s not your cup of tea, you can also stay in one of Kemi’s quirky Olokolos, small glass cabins located in the outer walls of the Snow Castle from where you can enjoy the Northern Lights on a clear starry night.

Have you ever dreamed of snow? Would you dare to sleep in one of the ice rooms? Share your thoughts and let me know about your favorite Winter Fairytale!!! 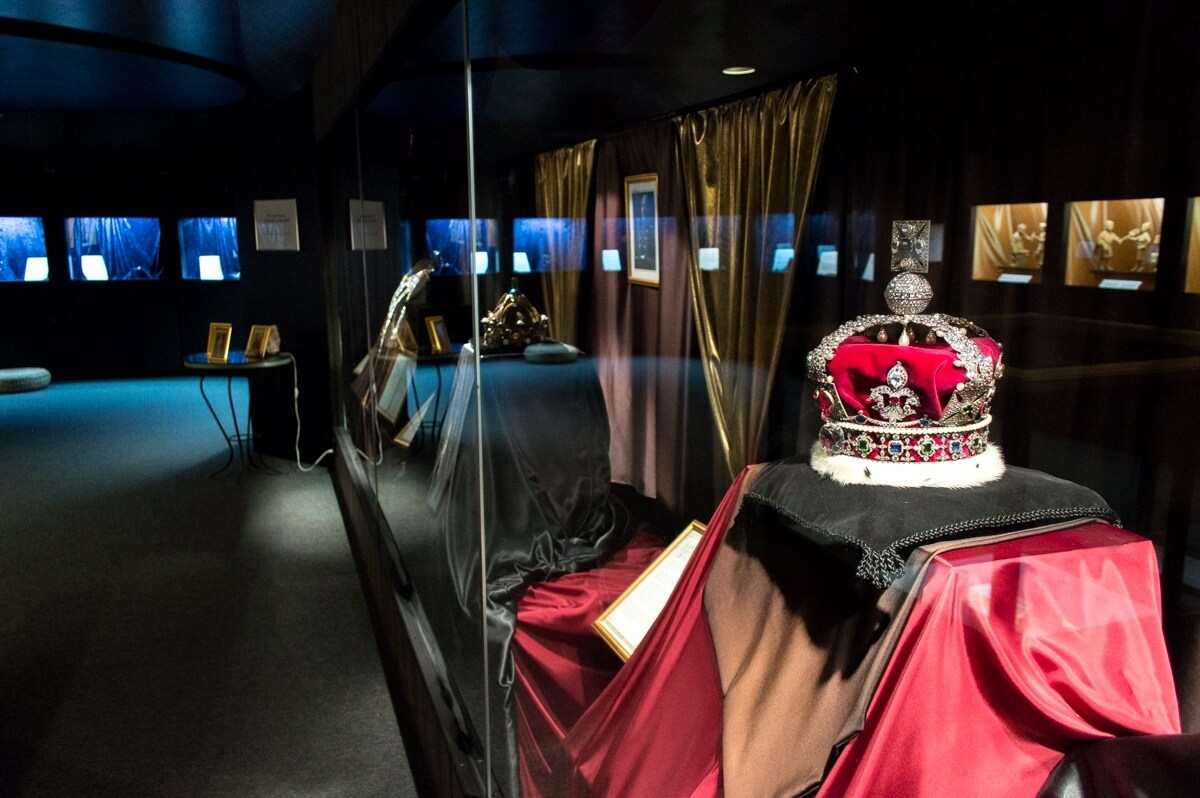 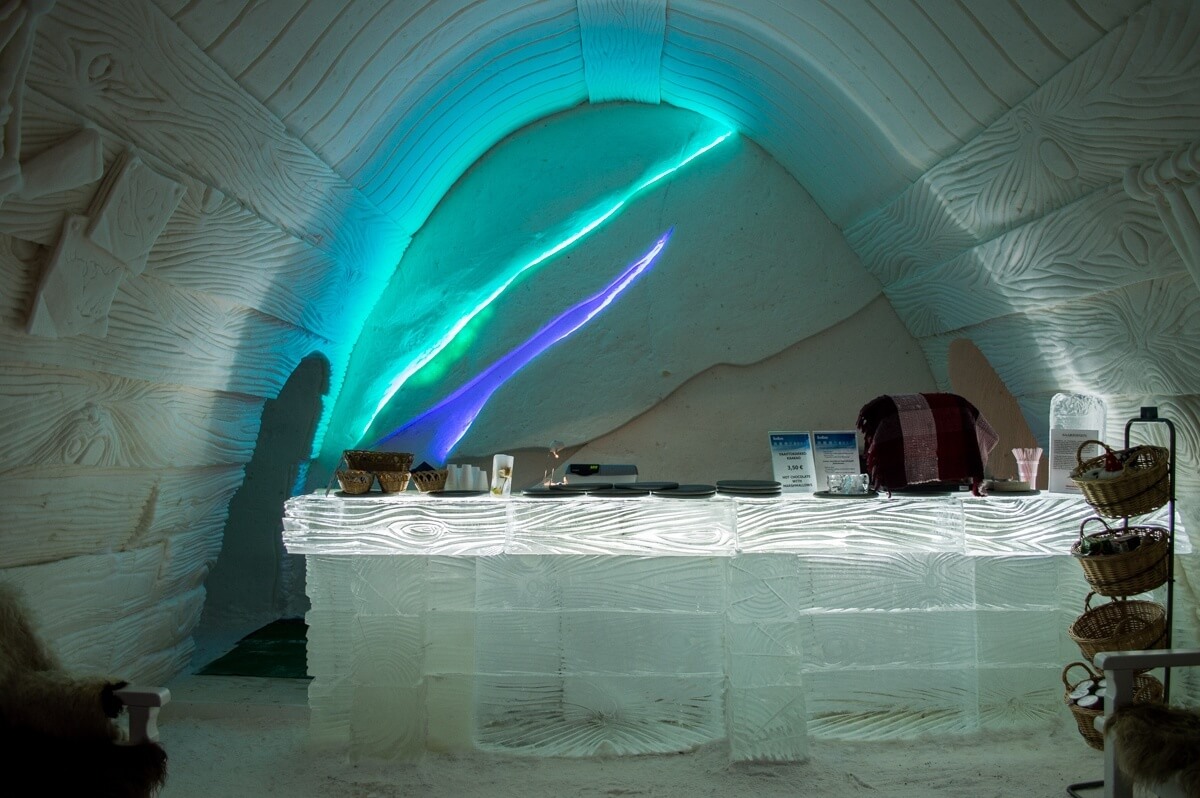 Disclaimer: This article was brought to you in collaboration with Visit Kemi. Next time you visit Kemi, be sure to stop by at the Tourist Information office to know all about the current cultural events that you can enjoy in this wonderful city. Until next time, my friends!!! 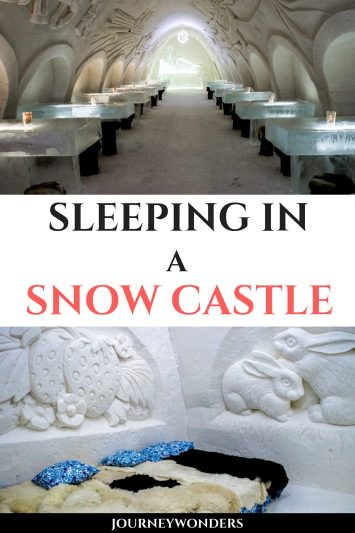