Sexual Harassment in Morocco: The Dangers of a Fake Smile

Nothing in life is free and as a seasoned traveler, one is normally on the edge whenever a stranger approaches you with a fake smile and offers you something for free, specially because in the end you’ll have to repay it with either money or with any other kind of currency.

This is the tale of how a my friends and I met a Moroccan guy in the beach town of Essaouira and how he almost convinced us that he was trustworthy honest person. Spoiler alert: He was the complete opposite.

And to think it all started with a bottle of wine…

The camel and horse riders of Essaouira

Essaouira is a beach town located two hours west of Marrakech, famous for its sea-side fortress where the third season of A Game of Thrones was filmed. It is also popular because of the fact that this is one of the few places in Morocco where you can ride camels and horses at the beach.

The day before our fateful encounter with the infamous Moroccan guy, whom we shall call Gregory for the time being, my media assistant and I went for a walk at the beach and ended up convincing a camel rider to take us for one hour for only 30 DH (3 Euros) so the next day we were determined to bargain a similar price for a horse ride.

This time, however, we were accompanied by Rose, a Dutch-traveler that we befriended at the hostel the very same morning. The problem? She was beautiful blonde girl. A beautiful innocent blonde girl. As you can imagine, that soon made her a target of guys like Gregory the toothless Moroccan (seriously, he only had four good teeth!). 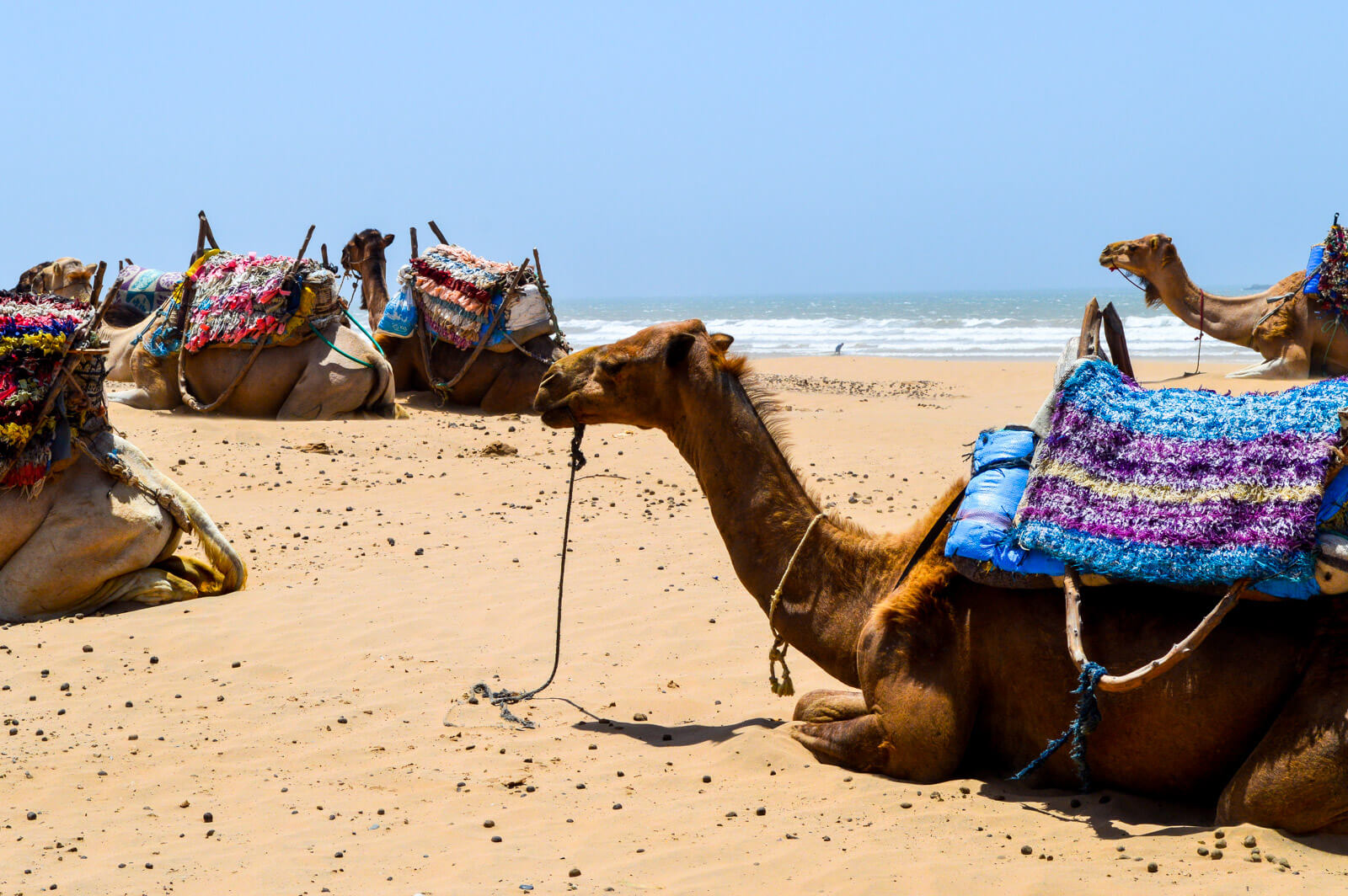 You see, here in the Muslim World, it is currently Ramadan, a holy time of the year where Muslims fast from sunrise to sundown and where locals and tourists alike are unable to find alcohol at most supermarkets (you can still buy it at certain Carrefour Markets though).

Businesses take advantage of the thirst of tourists so they tend to overcharge prices. I still cannot believe that my friends and I ended up paying almost 20 euros for a bottle of bad red wine! It was this act of “wealth” the one that made us target from Gregory the con man.

As we were hanging out at the beach bar, we were approached for two guys offering us horse rides. They started by quoting their usual BS price of 300 DH (30 Euros) before we bargained it down to 25 DH. Red flag number 1? Gregory the horse rider claimed that Rose, our Dutch blonde friend, would get her ride for free.

That was the moment when the nightmare started. 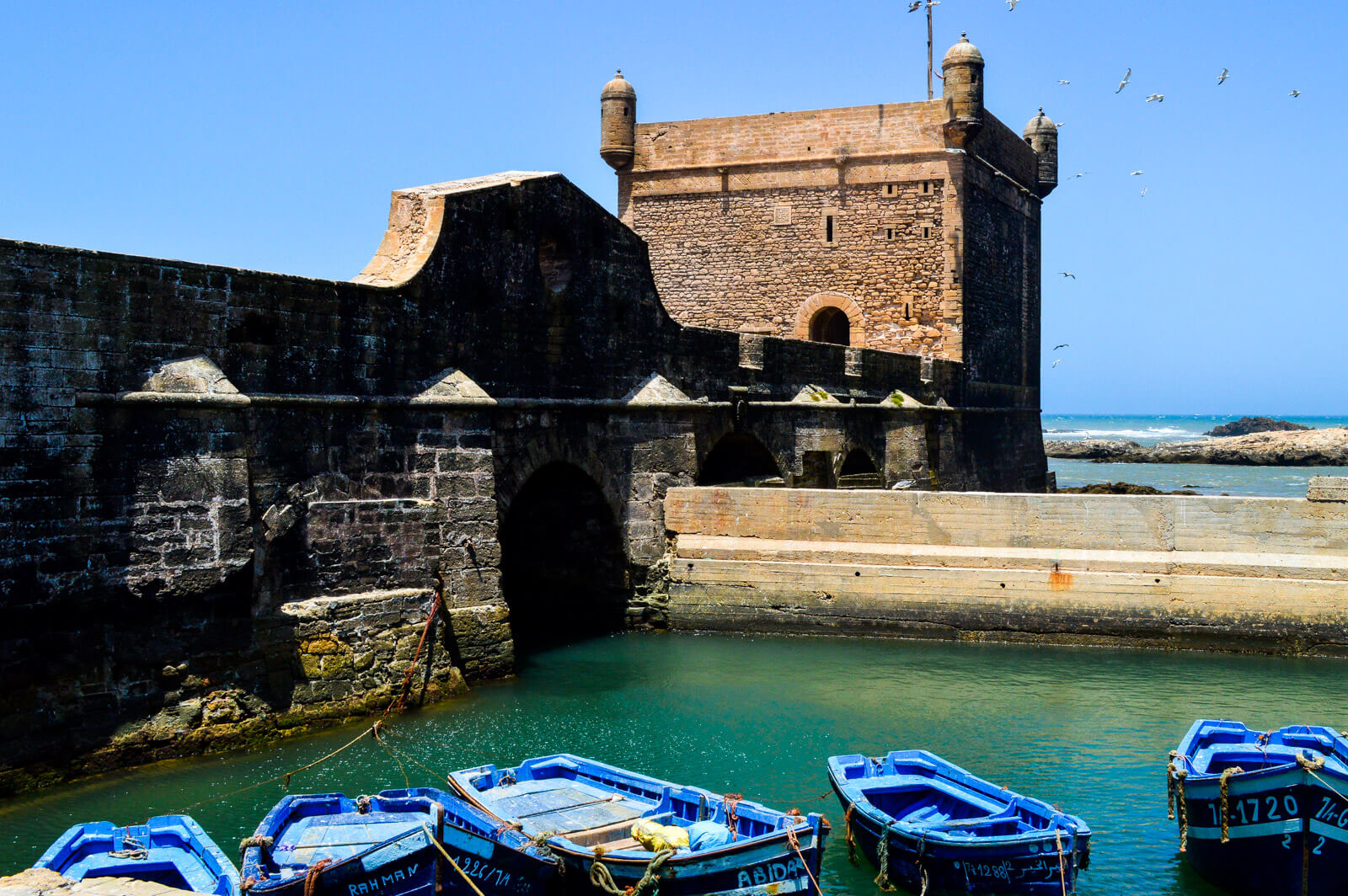 Essaouira, the real life version of Astapor in Game of Thrones

Sexual Harassment in Morocco: The Nightmare

Before we knew it, we were hustled to ride the three nearest horses and our guides went out of their way to ensure that Rafael and I stayed as far away from Rose and Gregory.

I won’t lie  to you, I wasn’t that worried about Rose’s safety since there were a lot of people at the beach and also because, deep down I really trusted that Gregory only wanted to get a shot with her and that he was relatively harmless. I was wrong.

In a sudden flash, Gregory jumped to the back of the horse and grabbed Rose’s waist as they both galloped away from Rafaela and I. Luckily, they didn’t get that far but I could only see Rose’s concerned face from a distance. After one hour, the most awkward horse ride ever finished and as we were walking away, Gregory invited himself and his friends to the after-party of the Netherlands-Argentina match.

We, of course, told him yes since at that point he still seemed to be a trustworthy guy. A touchy and yet-still trustworthy guy. Red flag number 2 was raised the moment that we went to the meet-up and he was there all by himself.

Damn was our judgement wrong. 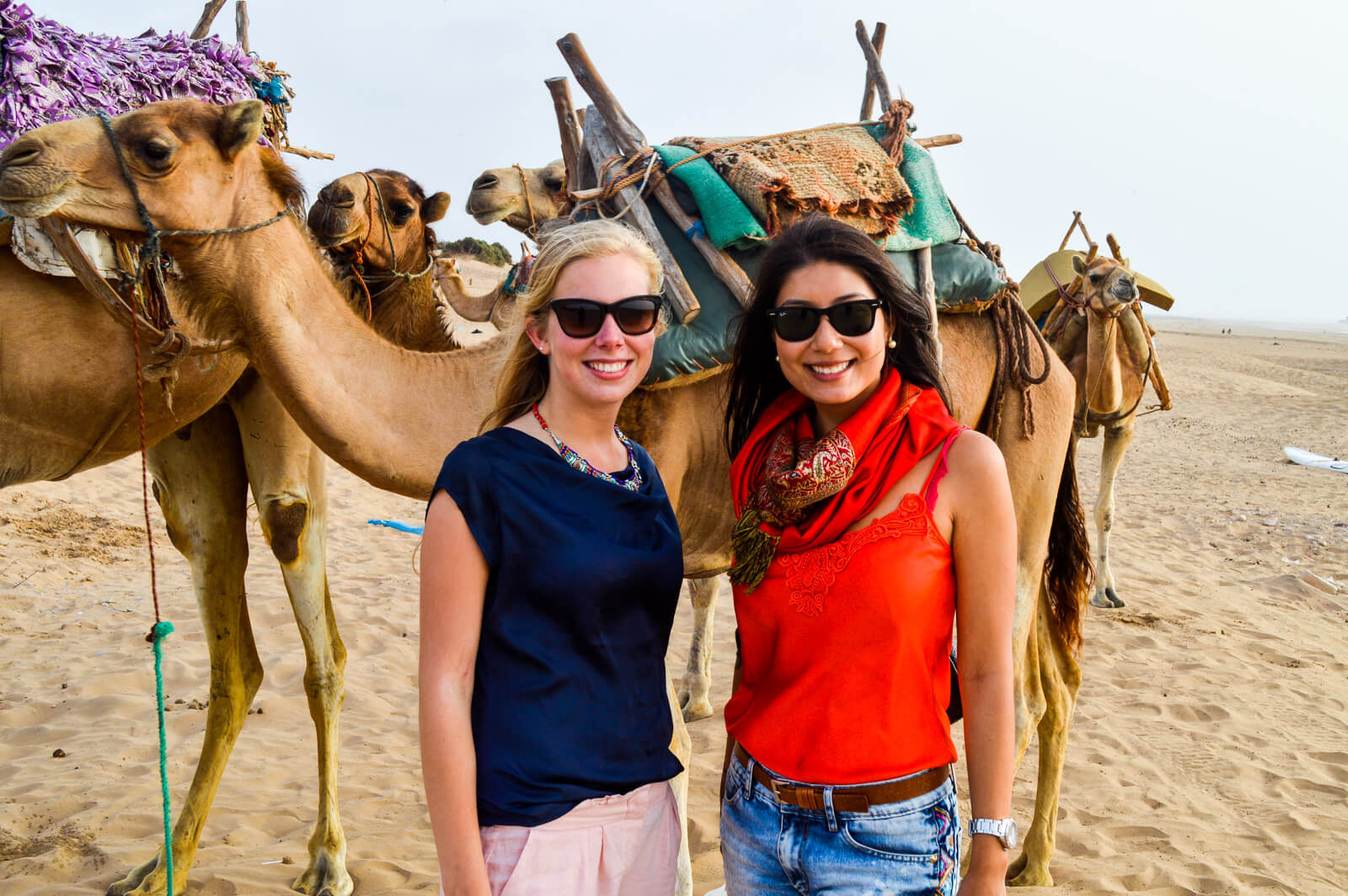 My friends Rose and Rafaela

A Night Out With a Moroccan Harasser and Scam Artist

The following red flags came in a rapid succession of events that we barely had the time to fully process them. “It’s Ramadan, I cannot drink vodka but I can smoke weed, would you like some?”, “Of course we Muslims can have sex during Ramadan. It’s okay as long as you take a shower before sundown”, “I live 20 minutes away from here by car, we can all go to my beach house afterwards”, “Hey Raphael, could you please lend me 100 DH? I have no money to pay for my drink since I gave the blonde a free horse ride”.

It was at the last comment when I told my friends that it was time to leave. Naturally, Gregory went mad and his fake smile soon revealed his true face as he began to shout at us asking for money since we had effectively wasted his time. I mean, of course that Rose would never go home with you, Gregory. You’re a toothless horse rider who just proposed us at least 4 crimes under Islamic law!

The scariest part? We met Gregory again in a dark shady alleyway on our way to our hostel. How in Allah’s name did he manage to be at the precise one that we took? We would never know but as soon as he approached us I knew that I would have to end up staying behind to fight him off while my friends escape to safety. Luckily for me (and for him), Moroccan scam artists are like stray dogs. They can bark as loud as they want but they will never bite.

Gregory soon left after a verbal discussion with me and we walked to our hostel always looking behind our backs to see if he was still following us. Damn you Gregory, you really got us fooled into thinking you were a good guy. 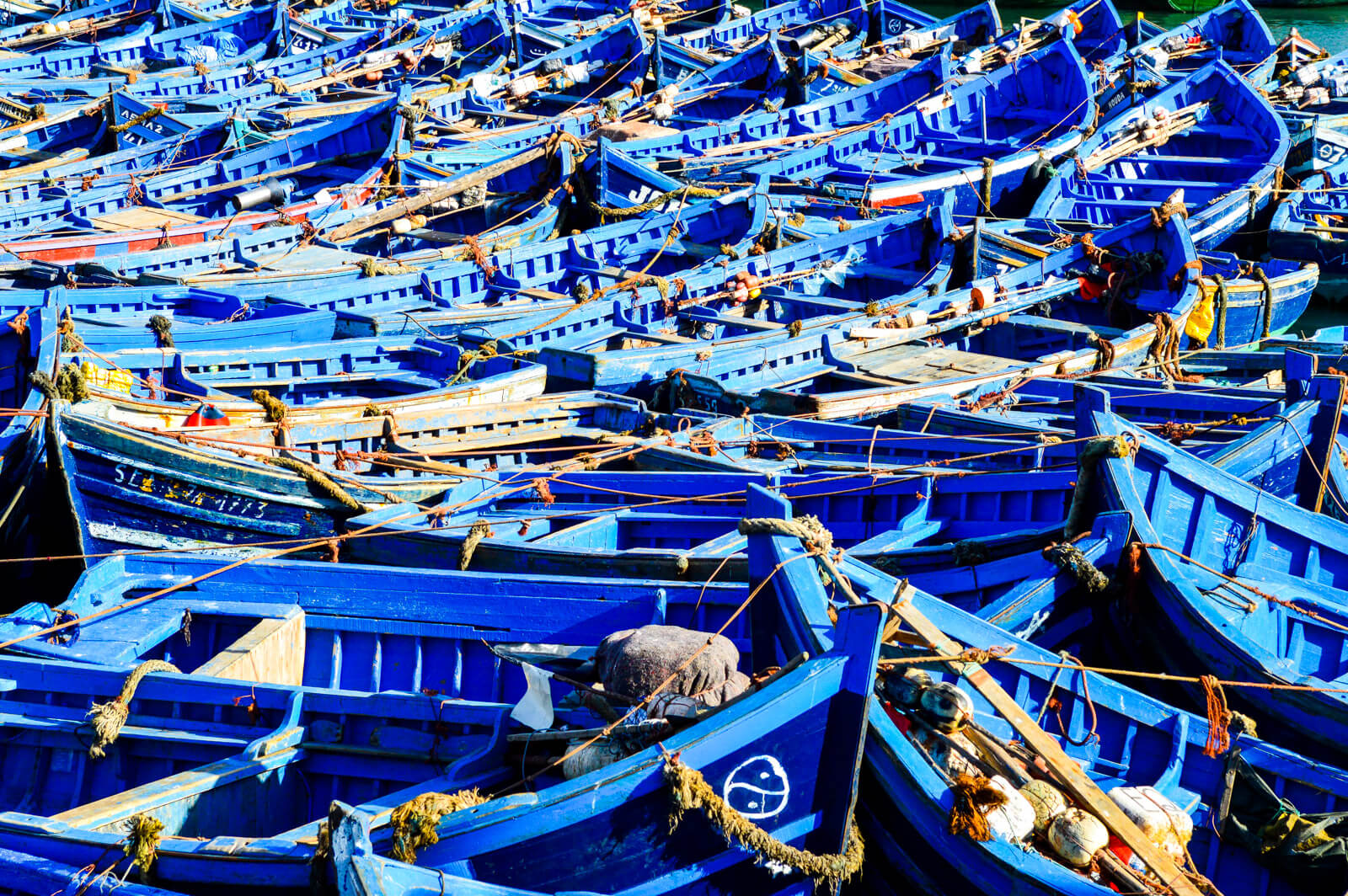 The Funky Boats of Essaouira

A Word of Caution for Travelers to Morocco

The best Moroccan scam artists are always in for the long con. They will charm you with a fake smile and will lead you to believe that everything’s right with them in order to encourage you to trust them and meet them again. That is, until they start to use psychological warfare in order to bully you into giving them money…or worse.

To me, the final objective of Gregory wasn’t to ask us 100 DH for his drinks. To me, his long con objective was to get us alone at his beach house where he would unleash on us his most depraved desires. The 100 DH were just a desperation tactic he used once he realized that we would never go home with him.

Follow up: Is Morocco Safe to Travel? From Sexual Harassment to Travel Scams.

Have you ever been in such a dangerous situation while traveling? How did you cope with it? Share your thoughts and let me know what you think! 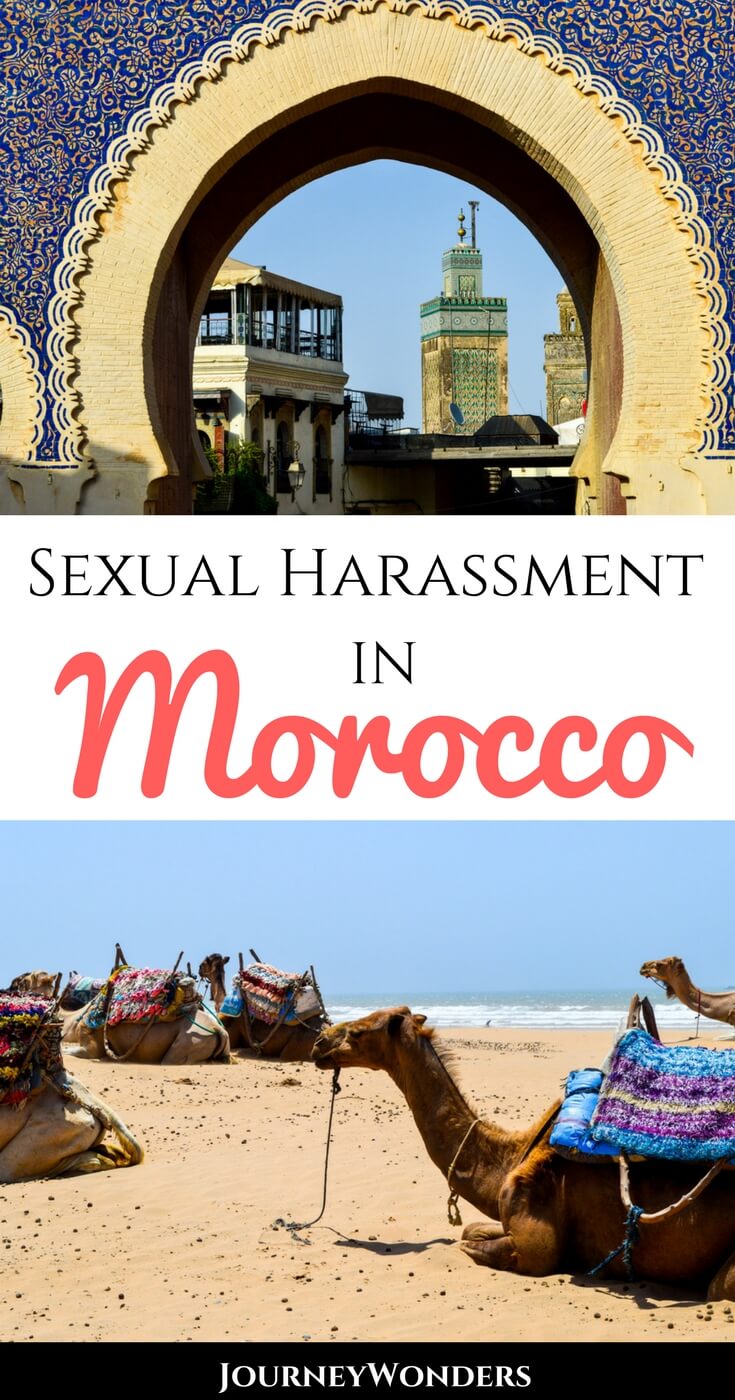