Is Morocco Safe to Travel? From Sexual Harassment to Scams

Is Morocco Safe to Travel? Would you ever come back to a place where you had the worst experiences of your life? I would and here’s how you can avoid them.

I won’t lie to you, the original title of this article was “The reason I will never come back to Morocco”. You see, after spending three weeks in this amazingly beautiful country I’ve seen things that have shattered my faith in the kindness of people.

From countless travel scams to sexual harassment, my time in Morocco really got me questioning why do some specific individuals hate and de-humanize foreigners (and specially foreign women) with such an intense rage.

In the last three weeks I’ve seen men groping clueless women in the street against their will, I’ve heard a man saying hurtful homophobic words to a pair of LGTB travelers.

I’ve seen a kind teenager flip out completely when I refused to give him some money for directing me to an address (yes, he actually tried to break into my hotel in order to beat me up afterwards).

I’ve heard a man shout crude sexual innuendos at my friend for wearing shorts instead of trousers, I’ve heard a man calling me “Mexicano de mierda” after I refused to buy drugs from him.

The straw that broke the camel’s back (no, not literally, the camels are fine)?

Yesterday I went to an extremely local restaurant to order a bowl of soup and two pastries.

Everything was going perfectly until it was time to pay the bill.

The waitress, who I shall point out was actually a 5-year old kid, told her mother that I had eaten the 10DH pastries instead of the 2DH ones that I had actually ordered. 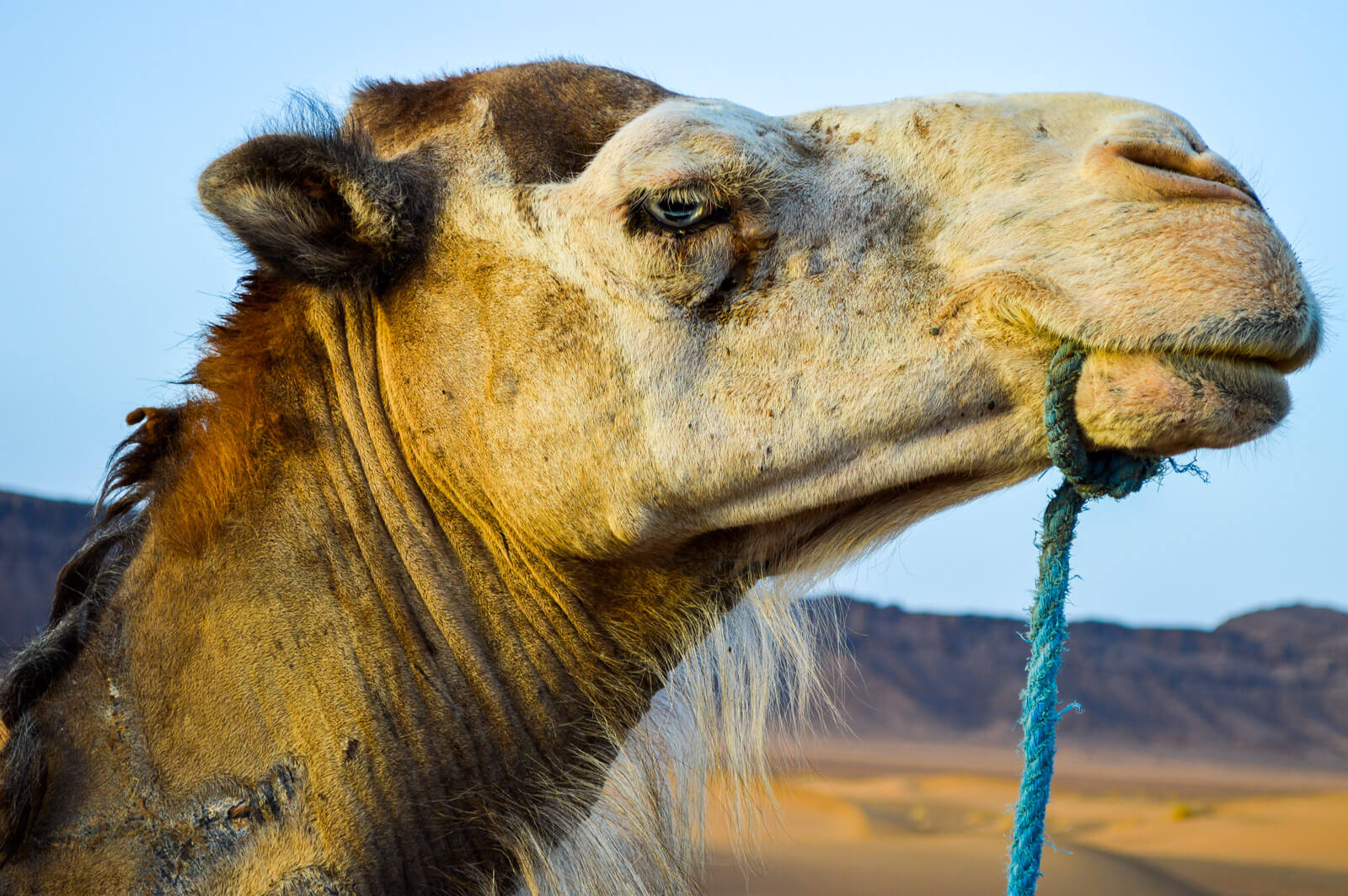 Of course, I tried to explain the situation to her mother, who was the only adult at the place, and she just couldn’t hear it since she chose to believe the word of her 5-year-old.

In the end, I ended up paying 16DH more (yes, less than 2 euros) and as I was preparing to leave, the 5-year-old kid ran in front of me and laughed at my face.

It wasn’t an innocent laugh. It was a laugh filled with contempt and hate, like the sort of laugh that you hear in those movies when the villain has the hero defeated.

The worst part? Her mother soon joined with her own distinct laughter as she shouted some words in Arabic at me.

You see, this was a well-planned scam and I just got played for a fool. 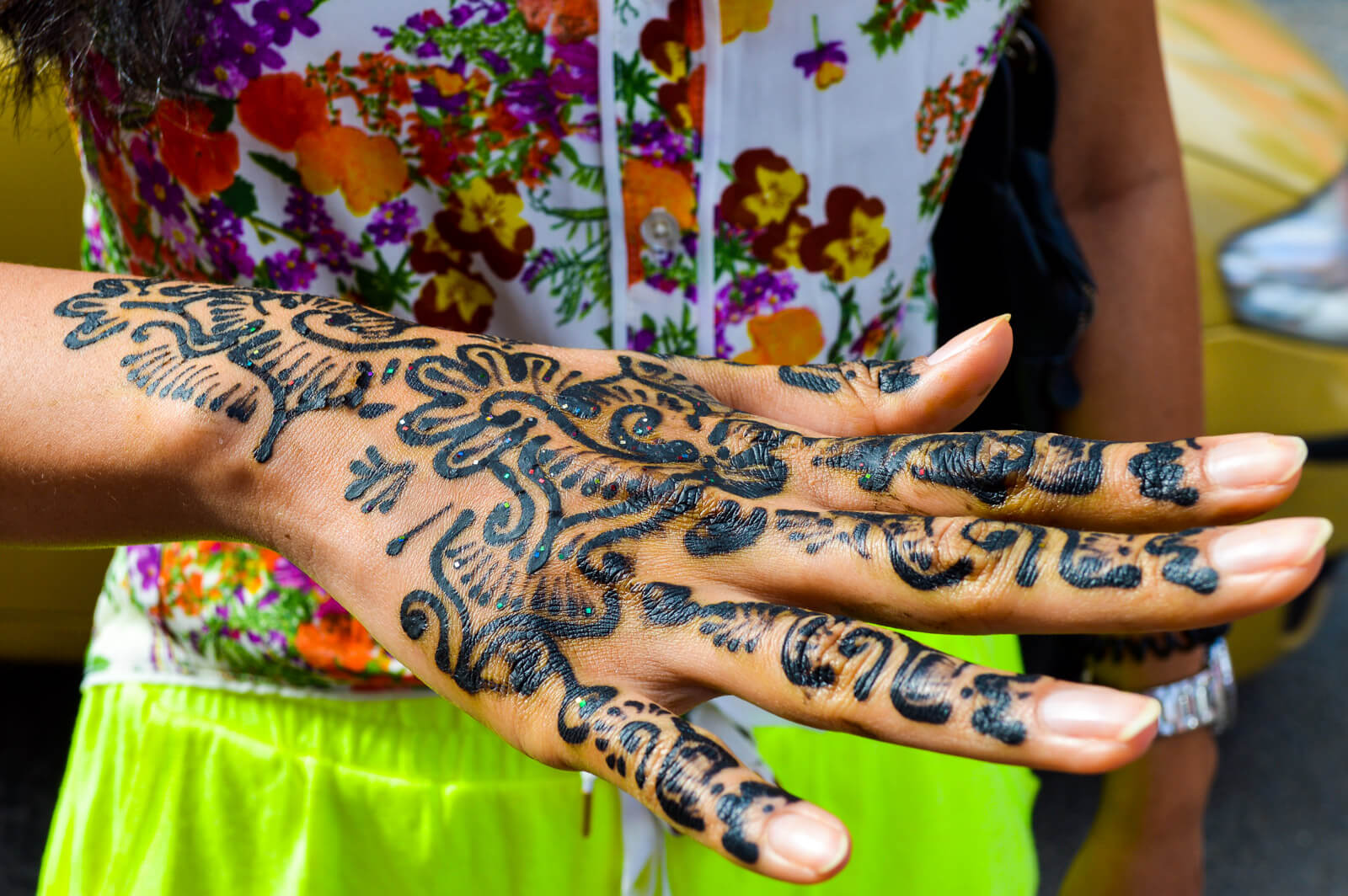 The Henna Scam of Morocco

Will I Ever Come Back to Morocco? Is Morocco Safe?

But you know what? I will not let dozens of bad experiences in Morocco stop me from coming back to this incredibly beautiful country.

Despite everything, I still had an awesome time riding camels at the Sahara Desert, I played with monkeys at the Ouzoud Waterfalls, I explored the Blue City of Chefchaouen, I went off the beaten path in Rabat  and I saw the World Oldest’ University at Fez.

I also got the chance to relax at the beaches of Essaouria, I saw the place where Gladiator was filmed at Ait Benhaddou and also visited many of the wonderful Game of Thrones’ filming locations as well.

Plus, did I mention that I ended up sleeping in some of the Best Luxury Riads of Marrakesh?

Yes, I know of travelers that have sworn off certain countries and cities because of the many scams, thefts and sexual harassment that they’ve witnessed and suffered but it’s not fair to condemn an entire country for the actions of some of its worst citizens.

After all, scam artists and criminals have the ability of de-humanizing their targets and to treat them as objects.

In the eyes of the characters I’ve described above, we foreigners were never human beings, we were, at most, walking money sign that deserved to be scammed in order to balance a wrongly perceived scale of social justice.

To be honest, it actually does makes sense once you try to empathize with the mentality of the scammer:

Scam artists are, most of the time, uneducated lower class people who have seen wealthy travelers come and go to their country while they are in fact unable of even traveling to neighboring countries due to lack of money and sometimes visa restrictions.

And no, I’m in no way justifying their actions.

I’m just trying to understand them. 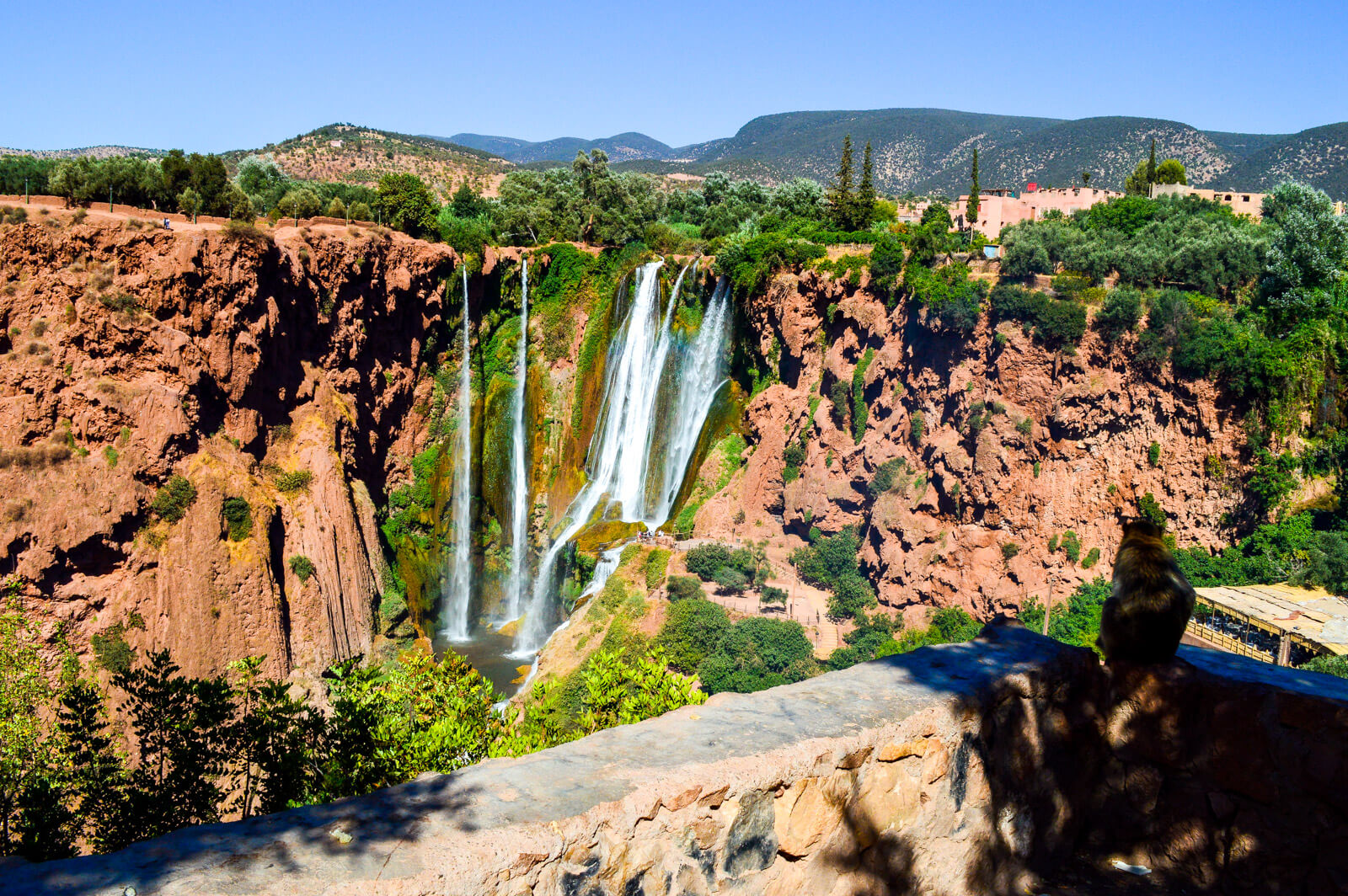 Panoramic view of the Ouzoud Waterfalls

After all, my family comes from a lower-class area of Mexico. My mother has experienced the extreme poverty of being raised in a rural town by a single mother with 8 brothers and sisters.

And you know what? My grandma taught her an important life lesson:

“Just because you’re poor doesn’t mean that you’re entitled to get something from anyone. Some poor people believe that it is right to rob from the rich. It is not. Be an honest person and life will provide. It is better to be poor in terms of wealth than being poor in terms of values”.

My mother raised me with the same mentality and that’s why I cannot stand scam artists who take the easy way out and believe it is their moral right to steal the hard-earned money of travelers regardless of the perceived wealth of said travelers.

Stealing is always bad regardless if it is 2 euros or 2 million euros. It’s not about the money, it’s about the morality of the act of stealing.

So…will I come back to Morocco? Yes. Hell Yes.

For every bad person I encountered I also met tons of friendly locals who taught me important life lessons about personal sacrifice, tolerance and friendship.

Is Morocco Safe? It can be. And it can be dangerous. It all comes down to who you’re “lucky” to meet.

In the end, I would go as far as saying that only 0.0001% of the people here in Morocco are dishonest persons.

Sadly, those are the people who most travelers will most likely encounter during their journey to this country. 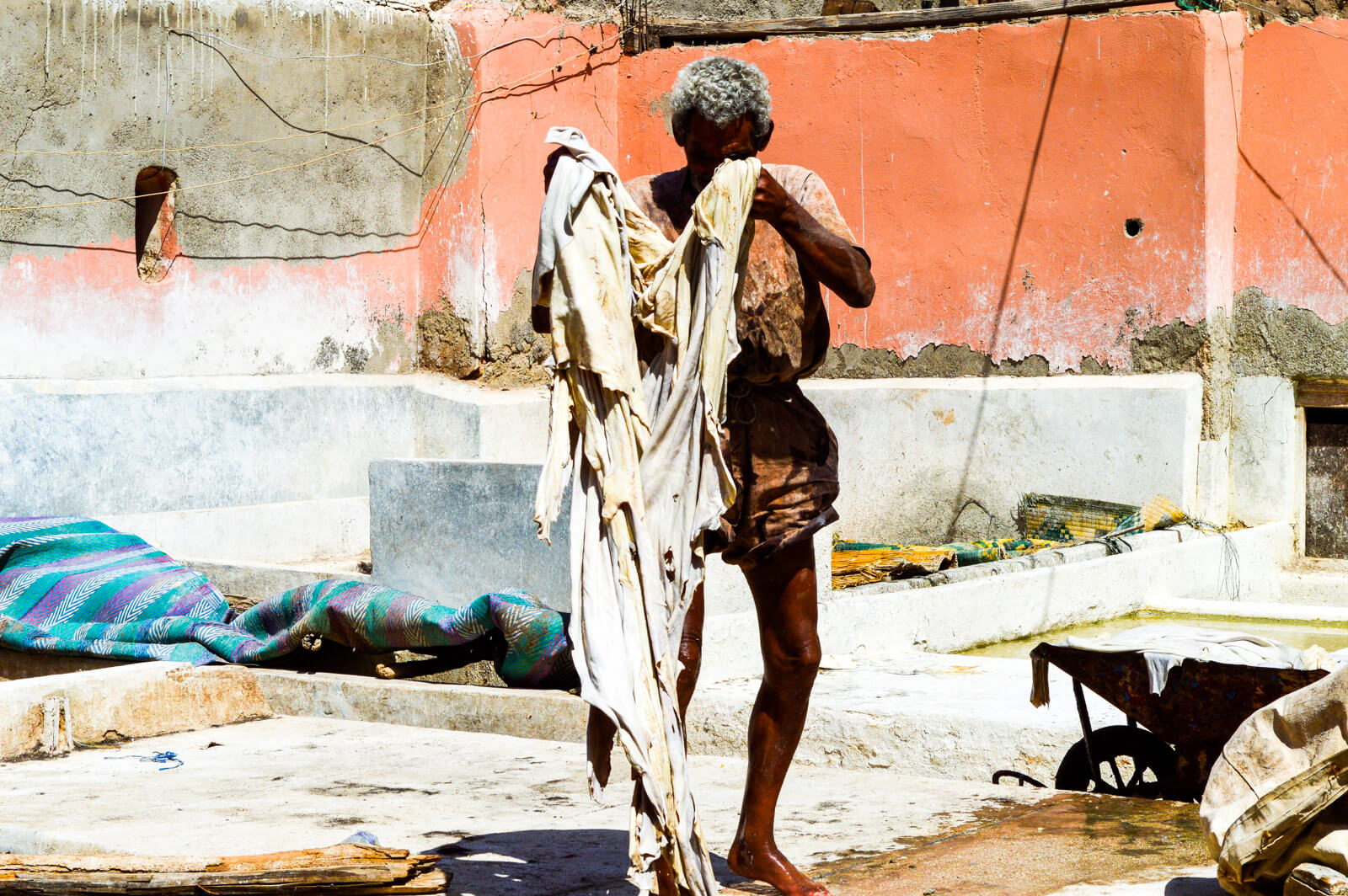 Honorable men like him work for 8 hours in the scorching heat of Morocco for only 70DH per day. It is better to be honest than to be rich

What Can We Do to Change the World?

And in the end, can the 5-year-old kid be truly blamed for being raised as such by her mother? No, not really. Not everyone is lucky enough to have a grandma like mine to teach her about the rights and wrongs of life.

In fact, it is useless to place a blame and instead, we should talk about what can be done in order to bring education and values to the people of the entire world in order to decrease the number of dishonest people.

Yes, my statement about how out of the 42 countries I’ve traveled, Morocco has been the worst so far in terms of dishonest people might have come as an arrogant one.

Actually, I’m pretty sure it was an arrogant comment.

I even lost a good Moroccan friend of mine because of that.

Yes, I made that comment in a moment of anger and sadness and I realize now that I didn’t specify enough that even though Morocco has some of the worst human beings I’ve encountered so far during travels, it also has some of the best ones. 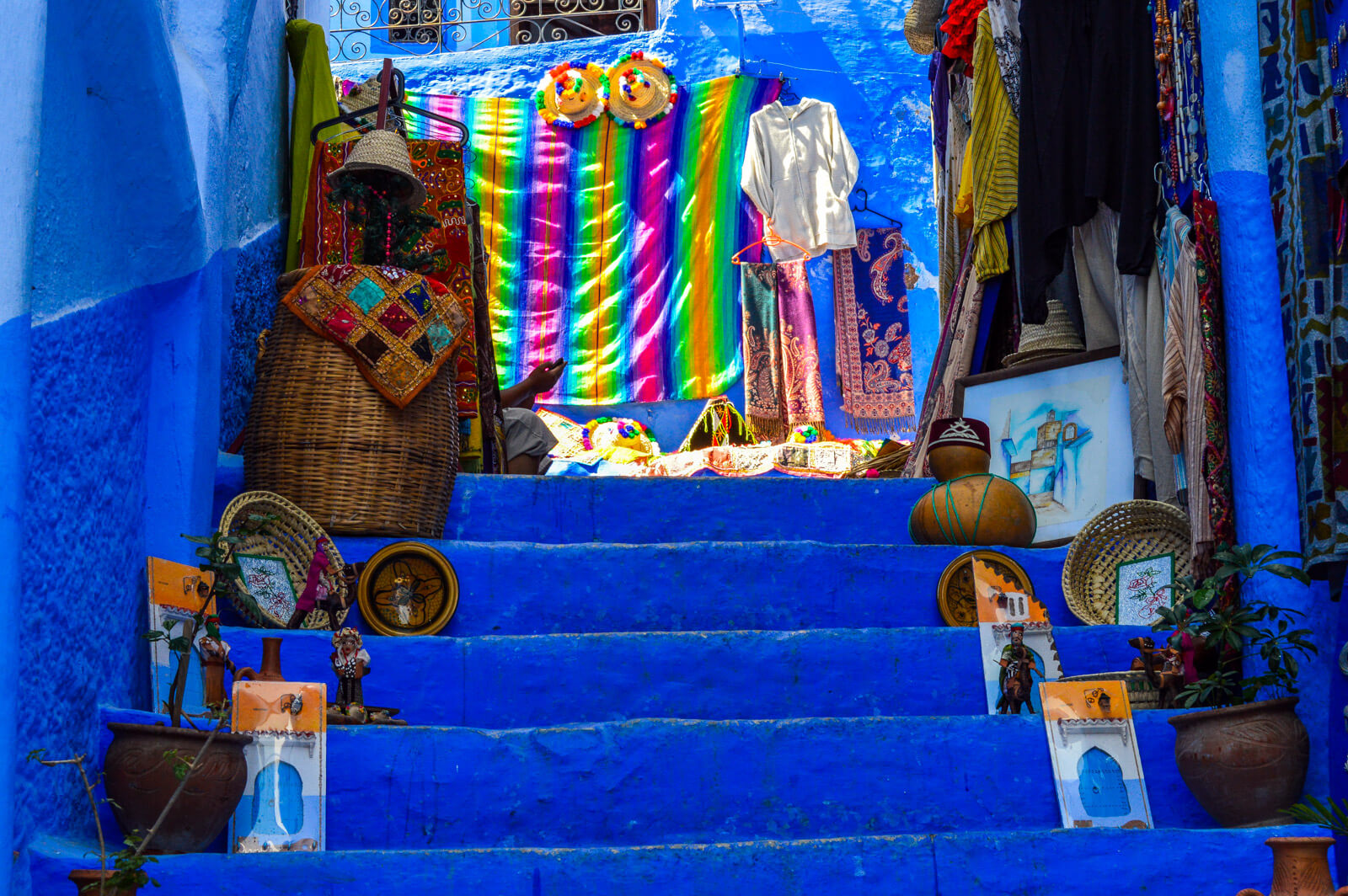 The Blue City of Chefchaouen

I didn’t specify that not all Moroccans are the same (although I wrongly assumed that this was obvious in my original message).

I didn’t specify that not all lower class people share the family values of this specific mother-daughter duo that scammed me (after all, I come from a lower-class family myself).

I didn’t specify that Morocco is a country filled with contrasts but that in the end the good will always overcome the bad (just like in my dear homeland of Mexico).

I didn’t specify that this is only my personal experience based on what I’ve seen here and that yes, you SHOULD visit Morocco.

There is good and evil in all places in the world and yes, at least for me, Morocco was the place where I’ve encountered dozens of evil people but you know what? It doesn’t matter. 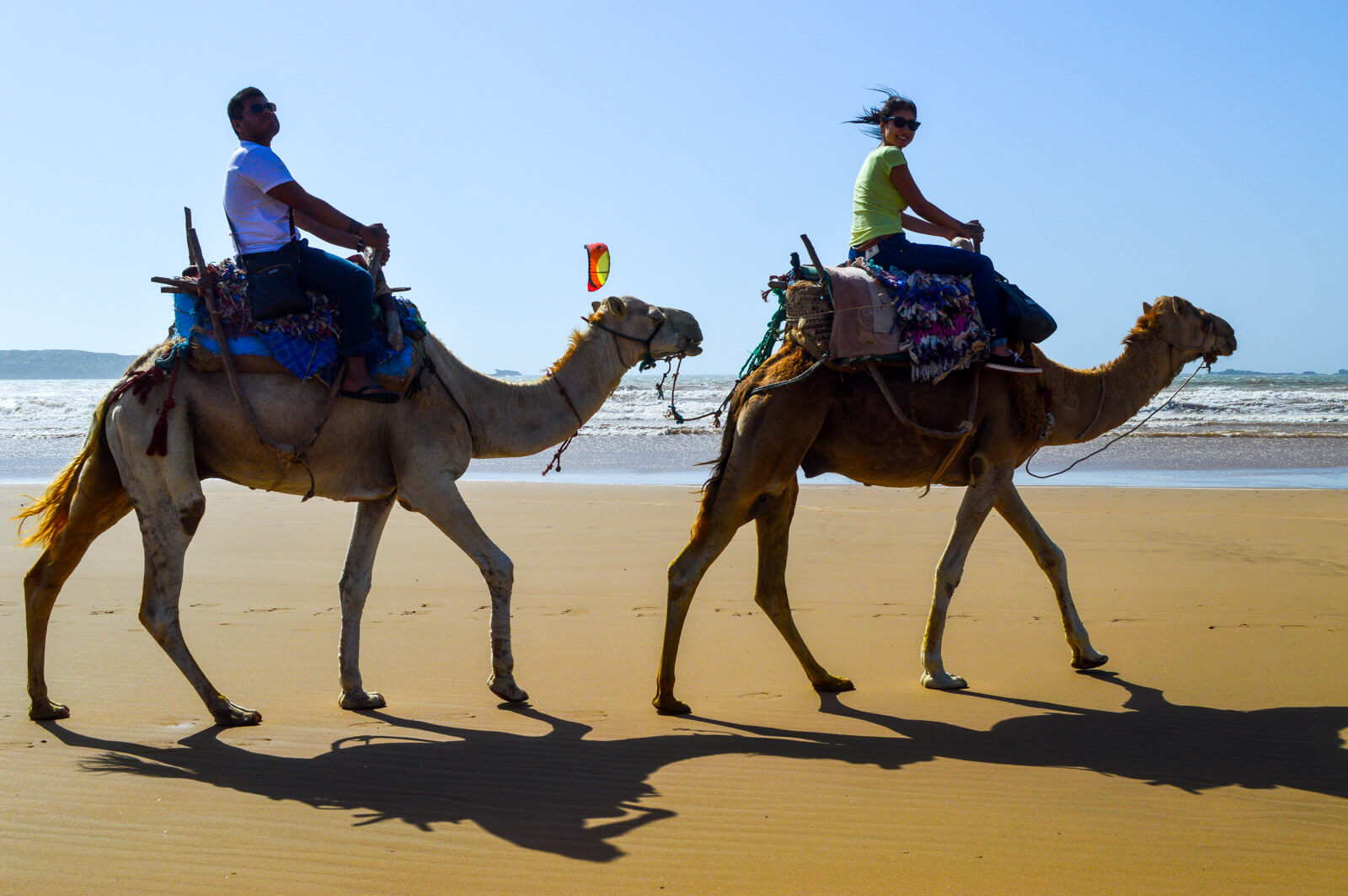 Riding camels at the beaches of Essaouira

After all, I’m sure that somewhere across the world someone is encountering the same type of dishonest people in South America, Europe, Asia, Oceania, North America and other parts of Africa too.

Travel is a personal journey and in some cases you will end up having the bad luck of encountering people who will do their best to ruin your day.

And no, you shouldn’t let them ruin your day.

After all, to you this is just another experience more that you’ll have to endure.

To them? To them this is their daily life.

And it truly depresses me to think that some humans have their moral compass so twisted that the only way they can make a living  is to commit crimes against people who are different from them. 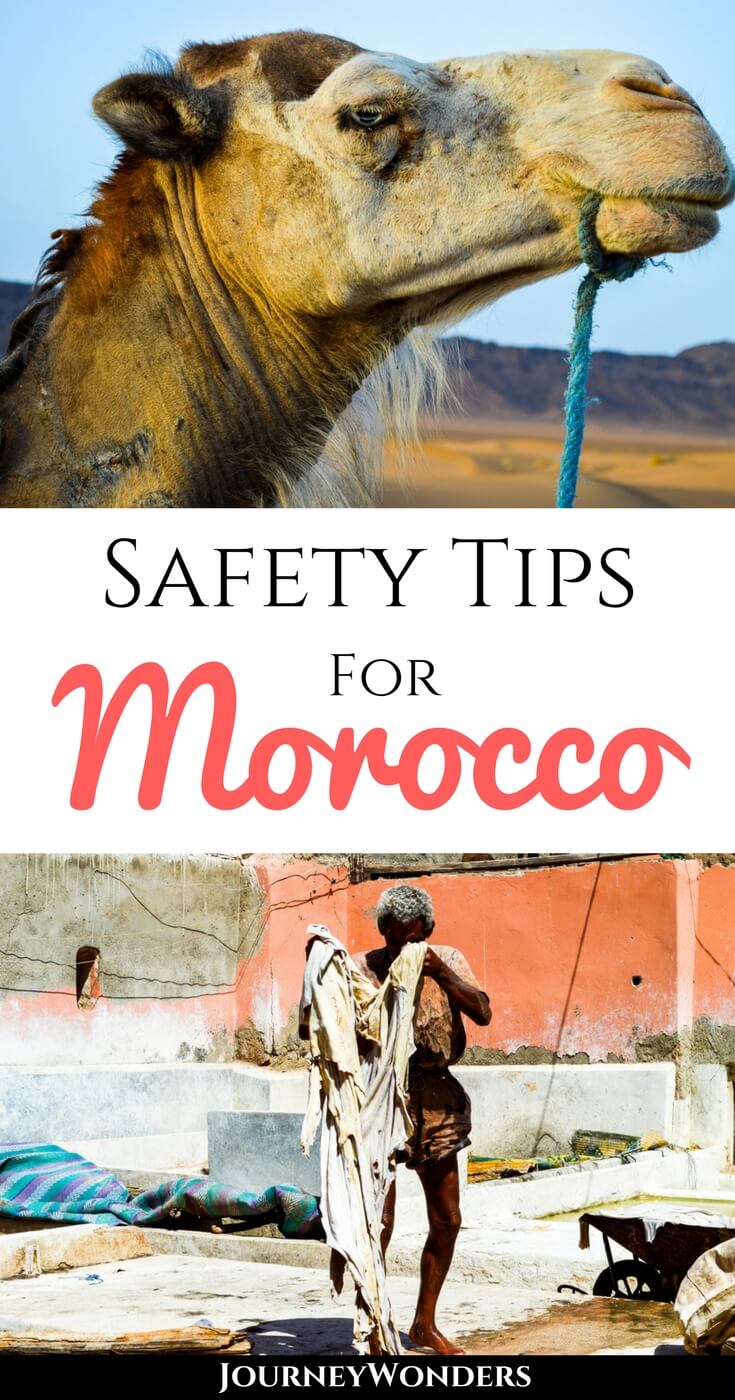