What do Gladiator, Lawrence of Arabia and Game of Thrones have in common? They were all filmed at Ait Benhaddou in Morocco. Read here all about how to explore it and how to get here from Marrakesh!!

Hello my wonder friends and greetings from the hot Sahara Desert. Today, I will be writing about Hollywood’s favorite filming spot when it comes to desert landscapes: Ait Benhaddou in Morocco.

You see, the town of Ouarzazate is known as the Mecca of Hollywood thanks to its amazing desert landscapes and the fact that two important filming studios (Atlas and CLA studios) can be found near the main city.

However, Hollywood’s favorite filming spot is not in Ouarzazate but rather, in a small fortified city located some 30 minutes away: Ait Benhaddou. 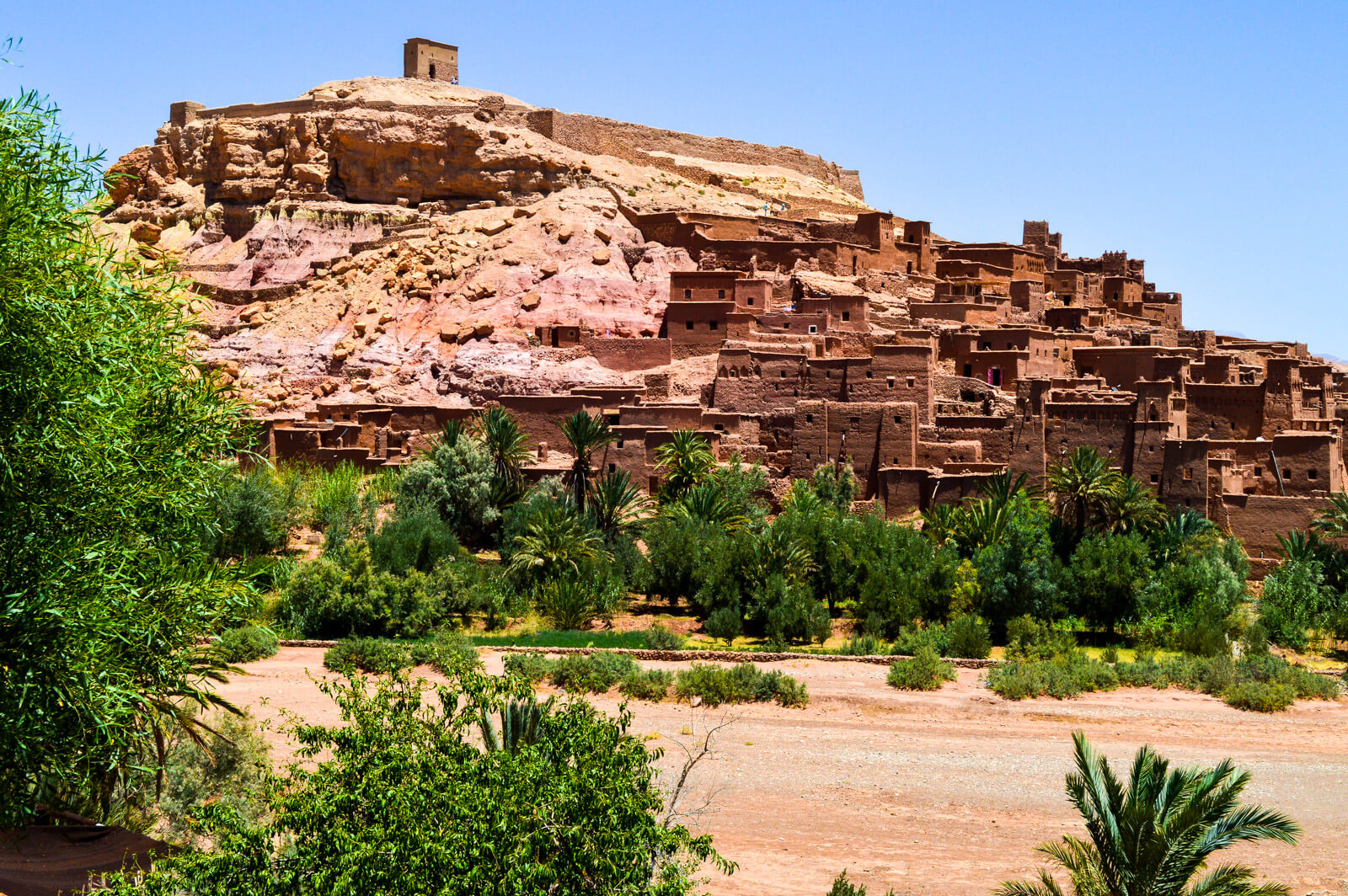 All organized tours to the Sahara desert (at least the ones departing from Marrakech) will stop at Ait Benhaddou for a one-hour visit and subsequent lunch. Granted, this isn’t the ideal way to enjoy this interesting place but it is definitely the cheapest and easiest one.

Upon arrival we were greeted by a Berber guide dressed in a traditional costume.

The fact that he was scratching his back every two seconds soon led me to believe that these were actually his work clothes since the rest of the people we met inside the city didn’t dress as stylish as this guy.

I guess I had found the equivalent of the Aztec costumes that only the tour guides use in Mexico.

Nevertheless, this guy won the award for the best dressed Moroccan ever. The best part? He never asked us for tips! 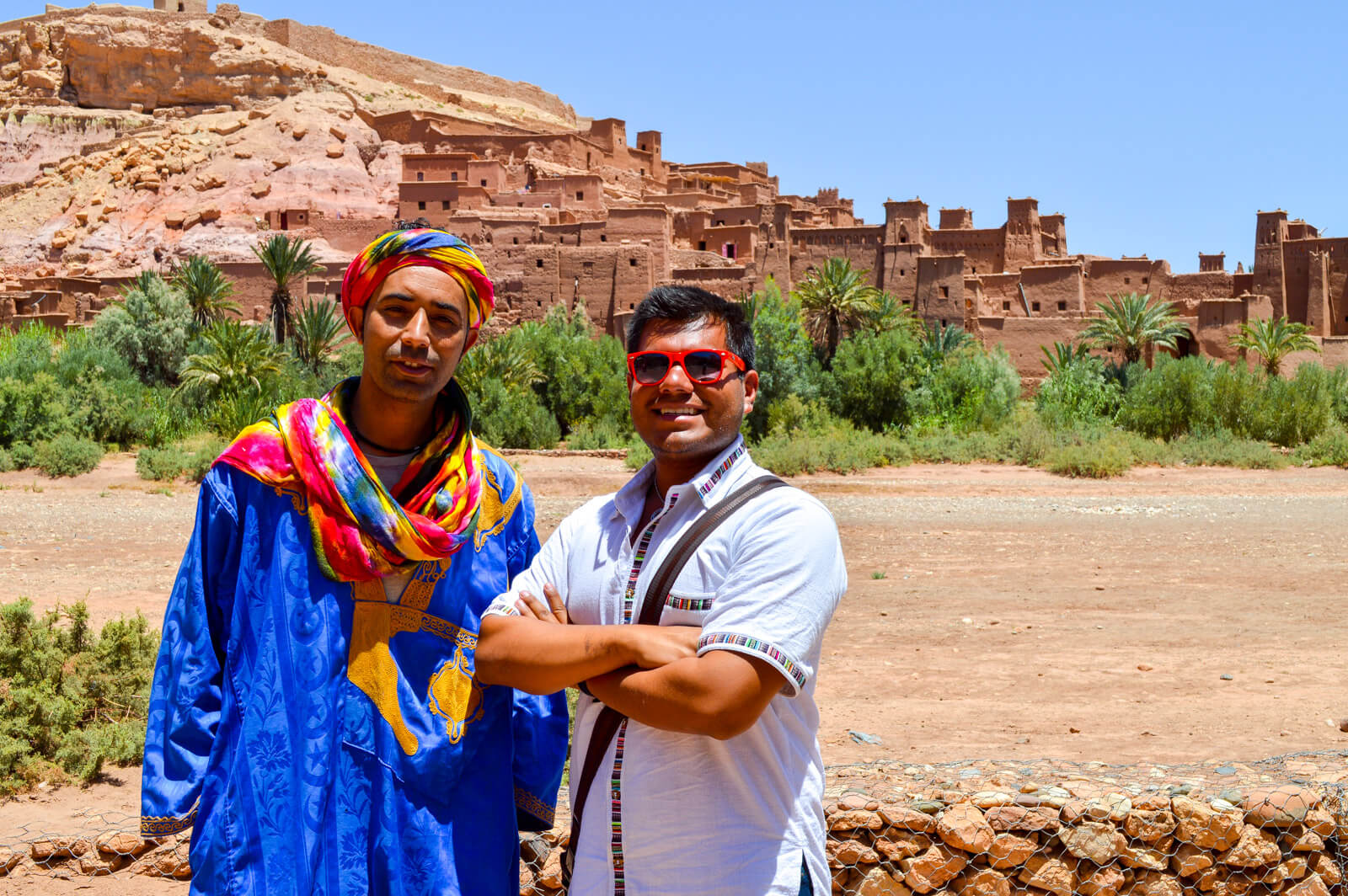 Hanging out with my Bedouin Bro at Ait Benhaddou

Our guide, Ahmed, soon led us to the entrance of the ksar (fortified city) as he began to tell us about the many films and TV series that were shot inside the walls of this impressive wonder of the Sahara.

Here’s a condensed version of the most famous ones:

Lawrence of Arabia, Sodom and Gomorrah, Oedipus Rex, The Man who would be King, The Jewel of the Nile, 007: The Living Daylights, The Last Temptation of the Christ, The Mummy, Gladiator, Alexander, Kingdom of Heaven, Babel, Prince of Persia, The Bible, Son of God and yes, Game of Thrones.

Winter is coming…to the desert. 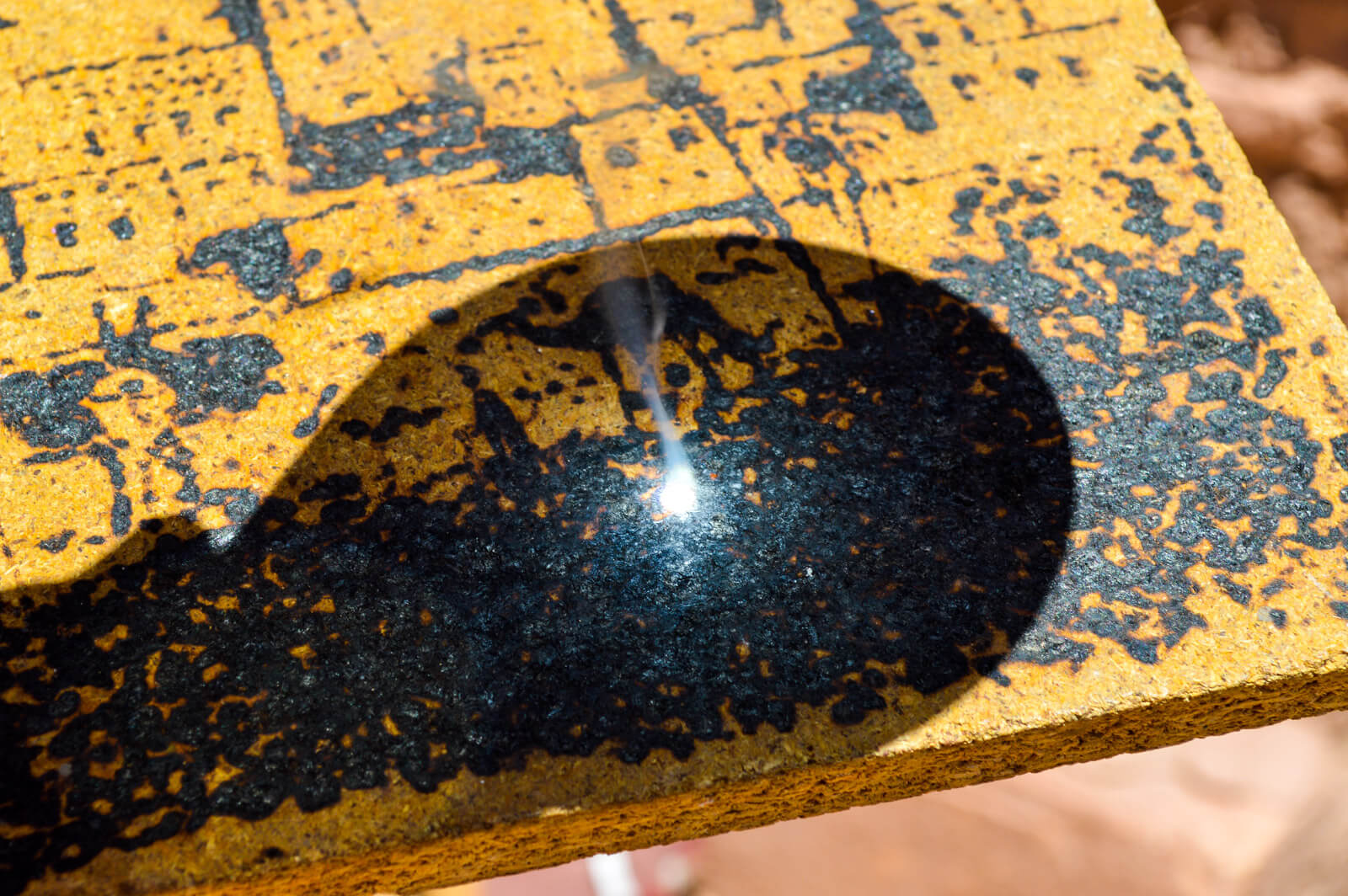 The place where dozens of movies were filmed: Ait Benhaddou

The fortified city itself has a ghost town vibe since you will only find souvenirs salesmen and a little farm inside.

The rest of the locals live in the new town area located in front of Ait Benhaddou since the ksar is protected by the UNESCO and the Moroccan government is smart enough to avoid any damage to the integrity of this city.

If you want to buy a scarf to use as a turban for the desert, this is your last chance since prices will get higher and higher as you get closer to the Sahara.

You can buy a good-quality scarf for as little as 40DH (4 euros) or less depending on your haggling skills and the number of people in your group. 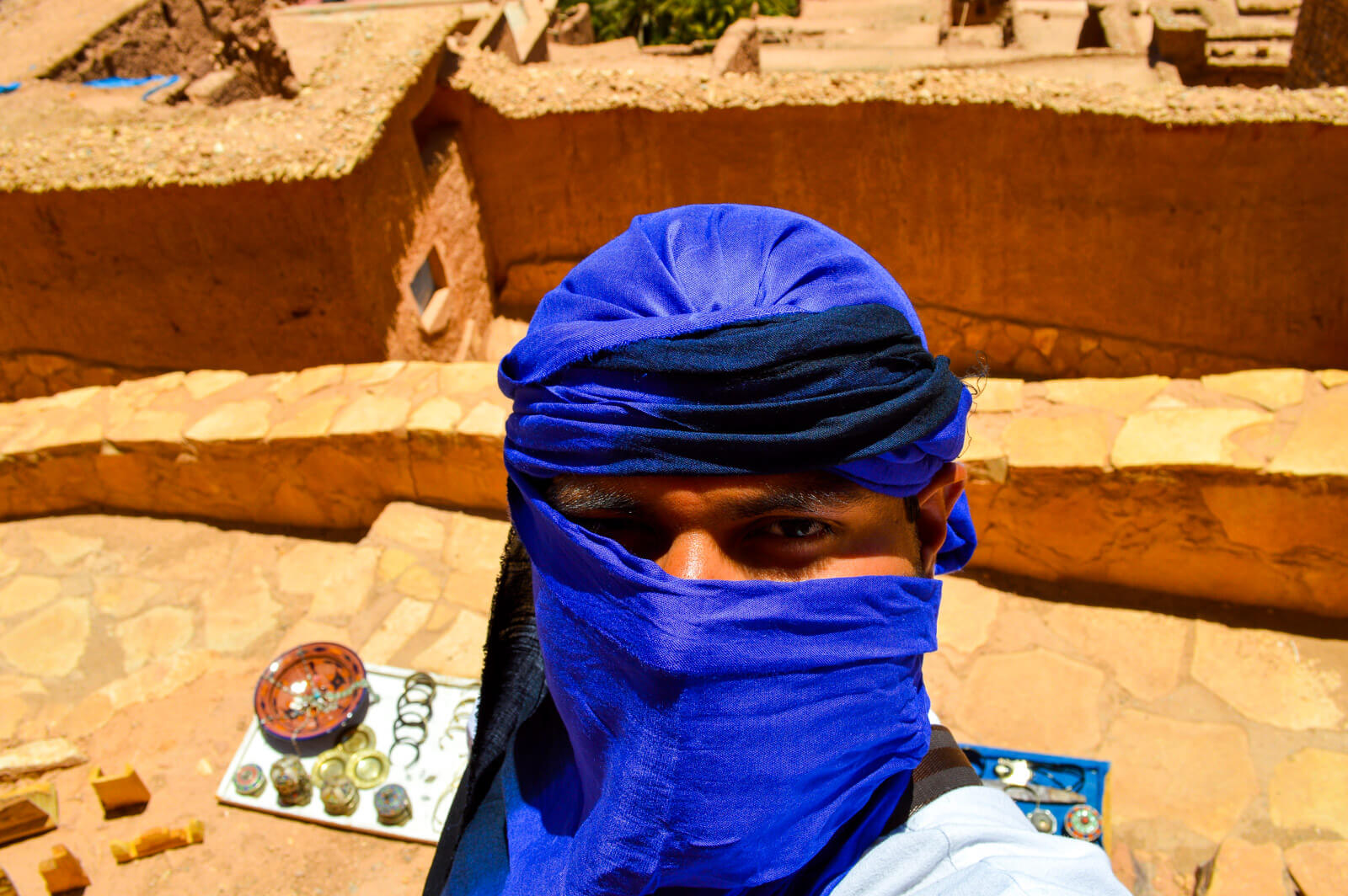 Along the stops on the way up, we entered a very unique souvenir shop that sold art with Berber (the people of the desert) secret codes that only surface when hit by fire. Rumor has it that Lawrence of Arabia used them to communicate between his allies.

Sure, that was probably a lie in order to convince us to buy it but hey, it does looks impressive.

Before reaching the top you will see amazing panoramic views that show the contrast between the old city and the new one.

It’s really inspiring to realize that some of my favorite actors enjoyed this view as they filmed the classics that led them to glory and fame!!! 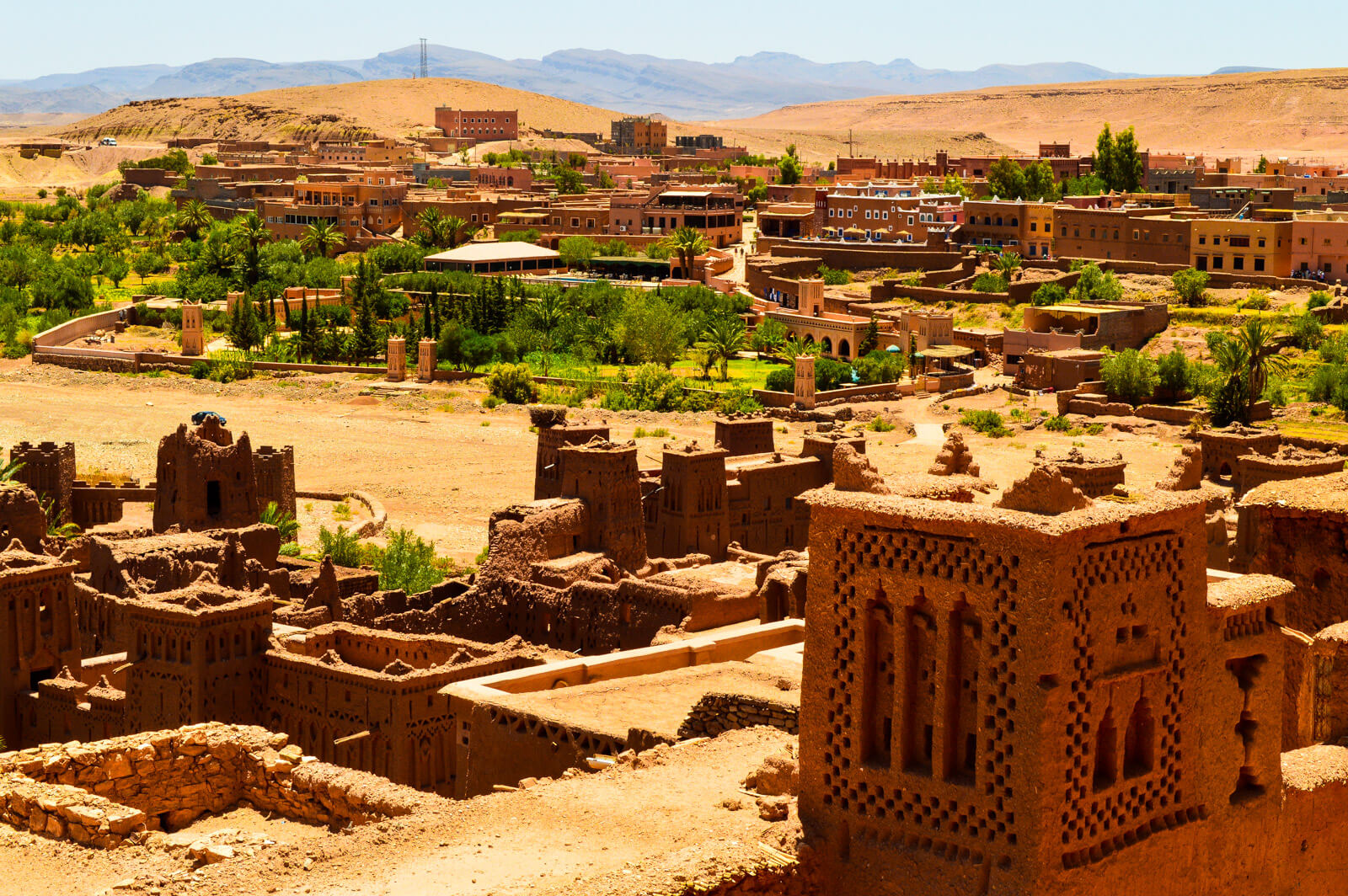 Although one hour is more than enough to explore the complete ksar, I somehow wish I had more time here in order to fully appreciate all of the different filming spots and of course, to try to recreate some of my favorite scenes! I wonder if the Berbers would be up for a sparring match in the Gladiator arena!

After your visit to Ait Benhaddou, you will be led to an extremely touristy and expensive restaurant (80DH for a couscous plate? No way Jose!) so your best option would be to sneak out outside and try asking the locals where they eat.

Unfortunately, it was Ramadan so all local restaurants were closed and I had to settle for buying some rusty Borneo (a knock-off of Oreo) cookies at the convenience store.

Luckily, the Berber home-made traditional dinner in the middle of the desert hours later was one of the most amazing ones I’ve ever had but more on that tomorrow in the article about the Sahara excursion and the many stupid mistakes I did along the way. Don’t you dare to miss it! 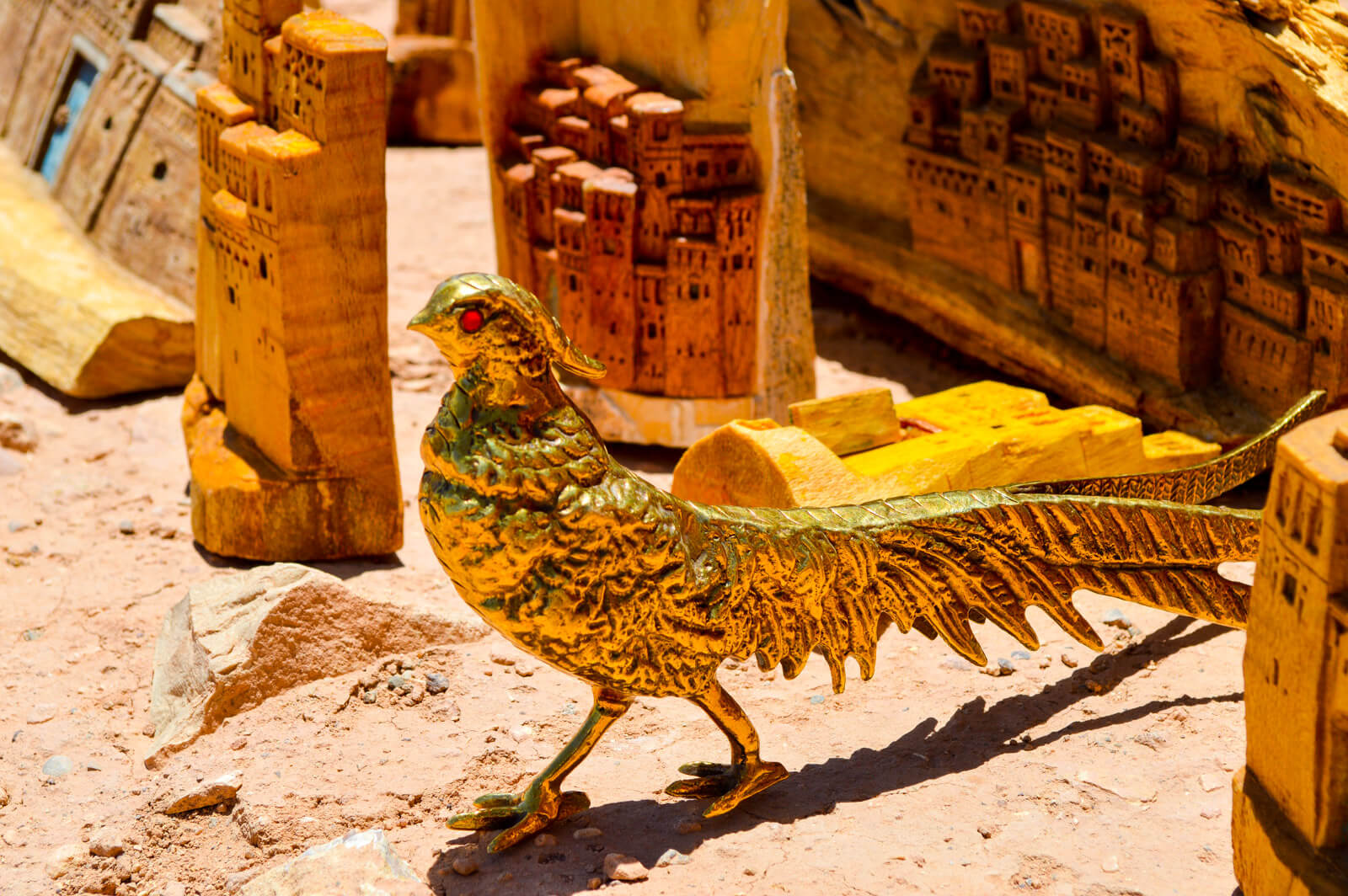 How to Reach Ait Benhaddou on Your Own from Marrakesh

If you hate organized tours, you can take a bus from Marrakech to Ouarzazate (5 hours, 80DH), tell the driver to stop at the crossing for Ait Benhaddou and from there take a shared taxi (total cost of the taxi is 60DH for the complete taxi so you’ll have to wait or pay the complete fare).

Not too expensive in total when traveling in groups but I wouldn’t recommend it to the solo traveler since it’s a money drain and taking a tour is actually cheaper but more on that here in which I share how to get a cheap Sahara Desert tour from Marrakesh. Pretty cool, uh? 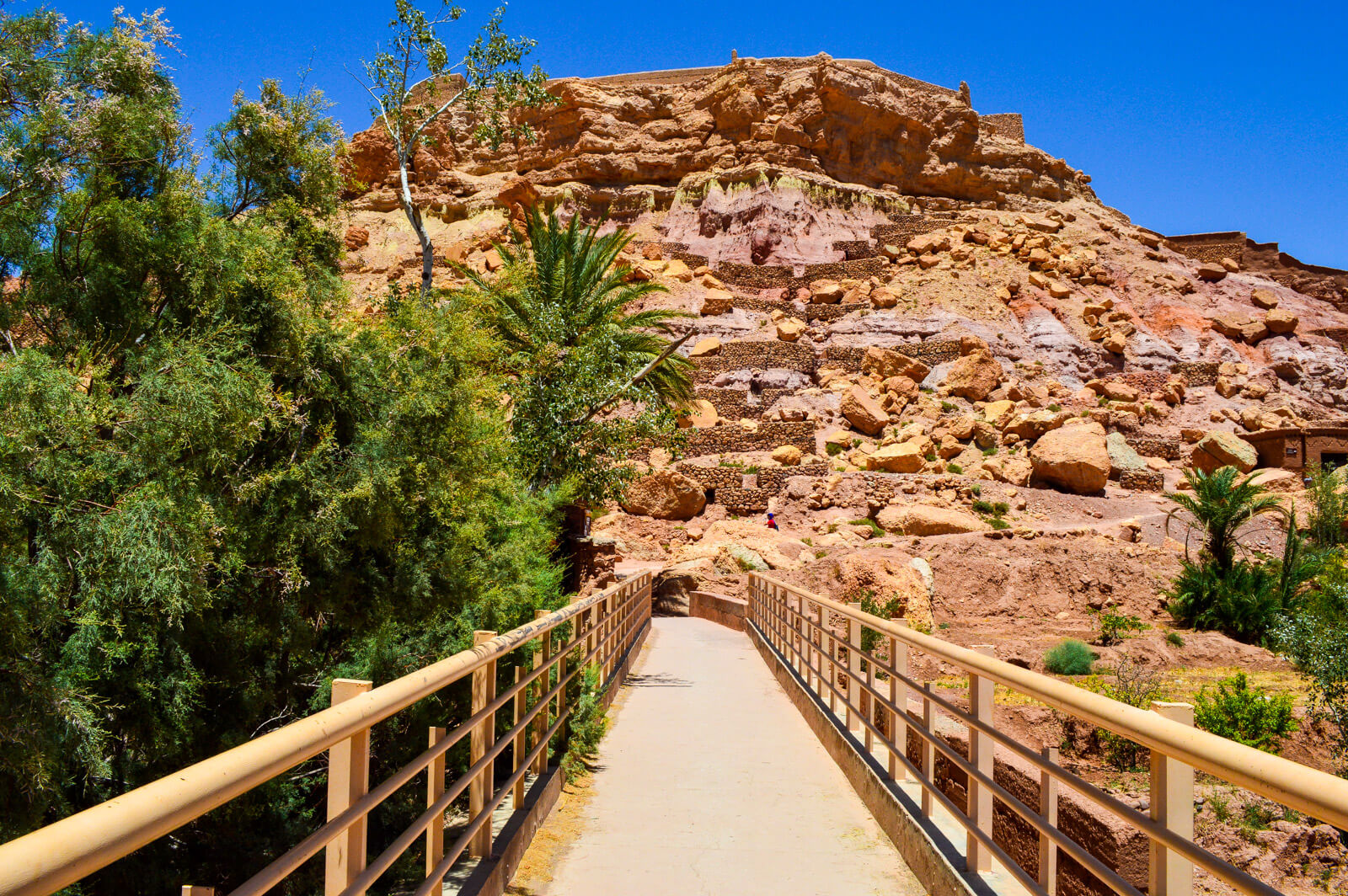 Ait Benhaddou, film place of Gladiator and Game of Thrones

I hope you have enjoyed this article about Ait Benhaddou in Morocco. Don’t forget to subscribe in order to get more awesome updates and tips straight to your e-mail!

Have you ever been to Ait Benhaddou? Would you like to? How many of the films that were shot here have you watched? What was your favorite? Have you tried the Borneo cookies? Share your thoughts and let me know what you think! 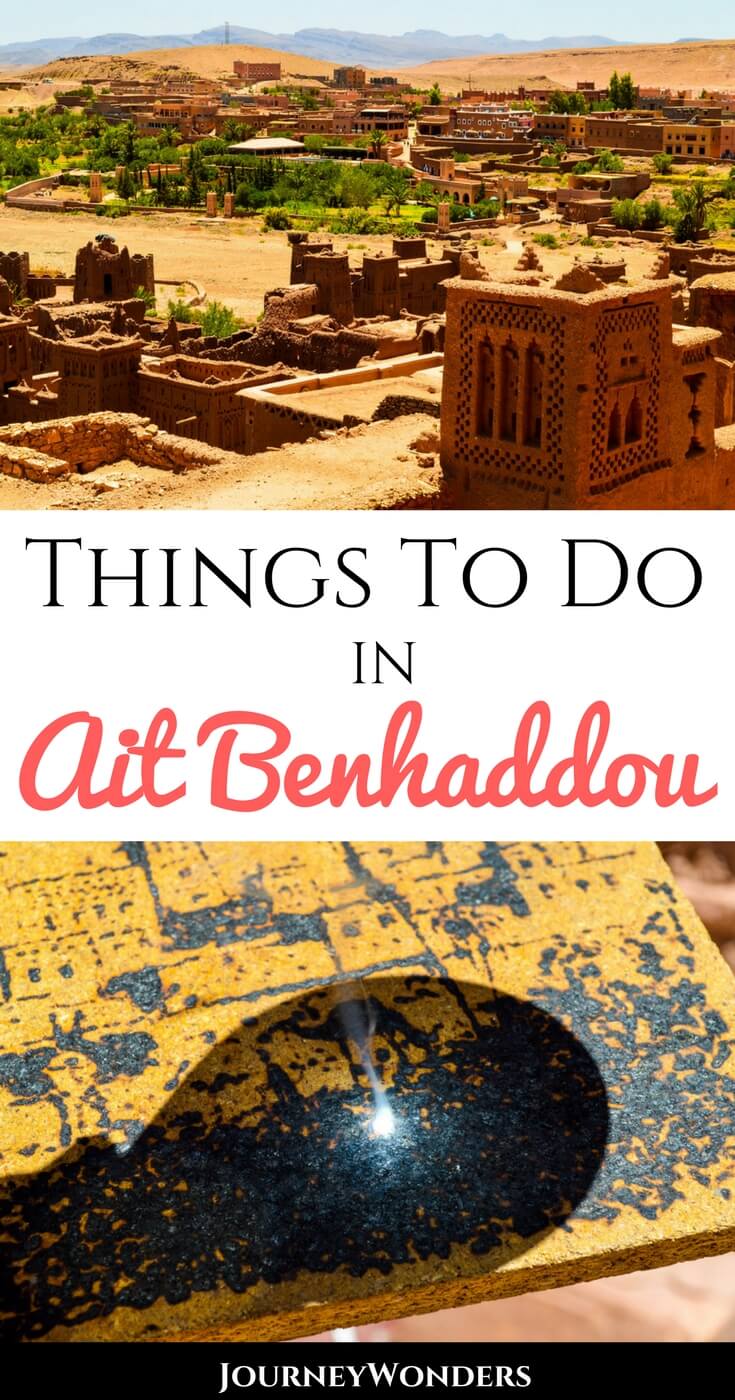