5 Tips to Haggle like a Pro During Your Travels

As I’ve said before, I’m a big opponent of the tourist price and unscrupulous tactics used by greedy salesmen in order to con you out of your hard-earned money.

Who said that traveling couldn’t be educational?

This might sound complicated but trust me, it is easy as pie. The minimum wage of an Indian citizen is an average of 3 USD per day and, at the same time, even at the most run-down bazar, people will try to sell you a saree for 5 USD or more.

Think about it for a second: How can the average Indian man afford to buy 10 different sarees for his wife and still be able to support his kids, pay for his house and so on? The simple answer: He can’t. Why? Because he can buy a saree for basically pennies.

This applies to basic items of clothing that even the poorest person can afford to wear but, for some reason, sellers try to measure how much you can afford to pay instead of how much the item really costs.

In Mexico, an indigenous blouse can set you back 10 USD and yet, there’s simply no way that the impoverished Indigenous people can afford 10 of them and yet, still beg for money in the streets.

It just doesn’t add up.

If you want to get a fair price, just ask a local to buy it for you. I did this when I was traveling in India with my mother, where we constantly asked our driver to negotiate prices for us.

We ended up saving so much money on food and souvenirs that we really feel sorry for the people who paid the tourist price!

A Vietnamese hat can be bought for less than 0.50 USD at the streets of Hanoi but if you want to buy it at Halong’s Bay departure port, be ready to pay 5 USD or more.

If you’re in a touristy place, the only way to get good prices is to ask the locals where they buy their stuff. Whenever I’m at an archeological ruin in Mexico, the temptation to pay 200 pesos for the all-inclusive buffet is very high, specially since it would seem that this is the only place to get food in this isolated area…

You know who never eats lunch at the buffet restaurant? Drivers, guides and souvenir salesmen. Do they starve to death? Do they bring their own lunch?

No, what they do is to eat in a secluded space away from the visitors’ eyes where you can get a complete meal for under 40 pesos. Ask and you shall receive.

If you’re short on time and/or don’t like to haggle, the best place to get fair prices is, surprisingly, a supermarket. You won’t believe that the same souvenir that is sold at Wal-Mart for 2 USD is also sold by street vendors at 10 USD!!!

The reason is because most of the vendors actually buy their merchandise at Wal-Mart!!!

Travel Haggling Tip #3: A Win-Win situation is better than a Lose-Lose situation

In negotiations, we have basically four basic outcomes: Win-Win, Lose-Lose, Win-Lose and Lose-Win. When haggling for prices, you want to achieve a Win-Win situation where you pay the lowest minimum price while the vendor receives the lowest possible profit without loosing money.

What is a Lose-Lose situation? A no-sale. This is the worst outcome for both parties since you don’t obtain the item you wanted while the vendor doesn’t obtain any profits at all.

The reason why I love Chinese souvenir vendors is because they are the smartest ones you can find in the entire World.

Chinese souvenir salesmen are willing to take a 1% profit because they focus on selling in bulk, this is a big contrast with Mexican souvenir vendors who are keen on getting at least a 50% profit and then complain about why nobody is buying from them.

Not all vendors are as smart as you, but trust me, the Chinese ones are leagues above everyone else, even if you have an university degree in Marketing & Sales!

Whenever you enter a negotiation, estimate the lowest possible profit, make your initial offer somewhere below said point and negotiate from there.

Travel Haggling Tip #4: Always think of the opportunity and real costs of the vendor

On October 2013, I visited the Taj Mahal in the company of my mother. We had hired a private car to take us on a road trip from Delhi to the region of Rajasthan and a stop at the Taj Mahal was a must.

Upon entering the premises, a guy approached us and offered to be our official photographer for only 5 USD plus tips. Of course, we both said no but he wouldn’t budge. He followed us around and told us that we would only have to pay if we liked the photos.

We agreed and, after a quick photo session he went to burn them in a CD and told us to meet him at the exit.

Once we did, he asked for 10 USD and presented us with printed versions of all the 20 photos. I said “no thanks” and walked away. My mom was perplexed since we both loved the photos and I quietly told her: “he’ll be back, don’t worry”.

Desperate over the costs he had already incurred (printing the photos and the CD’s), he was willing to take anything that wouldn’t signify a loss to him. In the end, I negotiated 2 USD for the CD and five of the photos.

Of course, he gave me the other 15 photos as a gift. After all, what use would he have for said photos?

However, some vendors are really keen on taking a loss. When I was at Chichen-Itza for the Spring Equinox, I wanted to buy a pink Zapata Mexican hat.

If this were China, he would have followed me until I offered 41 pesos but no, he was keen on getting a big profit. At 16:40, just before closing time, I approached him again.

To my non-surprise, he had sold absolutely 0 hats in the whole day.

Travel Haggling Tip #5: If everything else fails, appeal to the vendor’s good ethical side

If the vendor is still keen on charging you a premium price for a very average item, my best suggestion is to call him out on that and appeal to his good side.

Of course, this might not be a good idea in an isolated place where he can lash out against you but trust me, this has worked for me 3 out of 5 times when it comes to haggling.

When I was in Vietnam, I desperately needed a haircut and I went to a street barber in a very shady alley. After he was done, he tried to charge me 5 USD.

Yes, it’s not that much when it comes to global standards but come on, this was a street barber on Vietnam!

I politely asked him: “Do you charge the same to everyone else?” and right before he could answer I added “Lord Buddha wouldn’t approve of unfair practices…”.

In the end, I paid the same 1 USD as the rest of the local people and out of gratitude, I gave him a big tip and encouraged him to charge the same to everyone else. After I told this anecdote to a dear friend of mine, she called me crazy. “You could have been in danger in that dark alley” she said.

“Not really, I had faith in his good side. Every person in the world has a good heart. It’s just that sometimes they tend to forget that” I told her.

What are some of your tips when it comes for haggling for prices? Share them with me and let me know what you think! 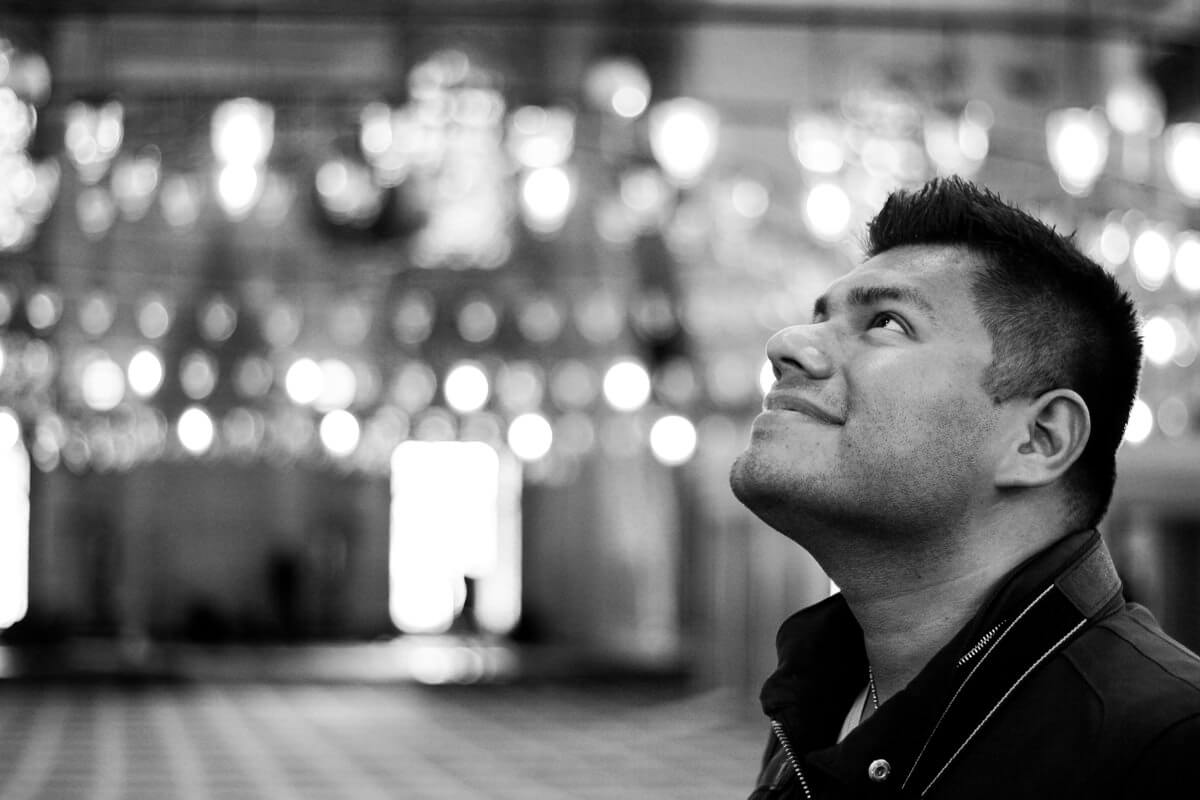 Travel and Empathy: Are We Doing Enough?
← Read Last Post 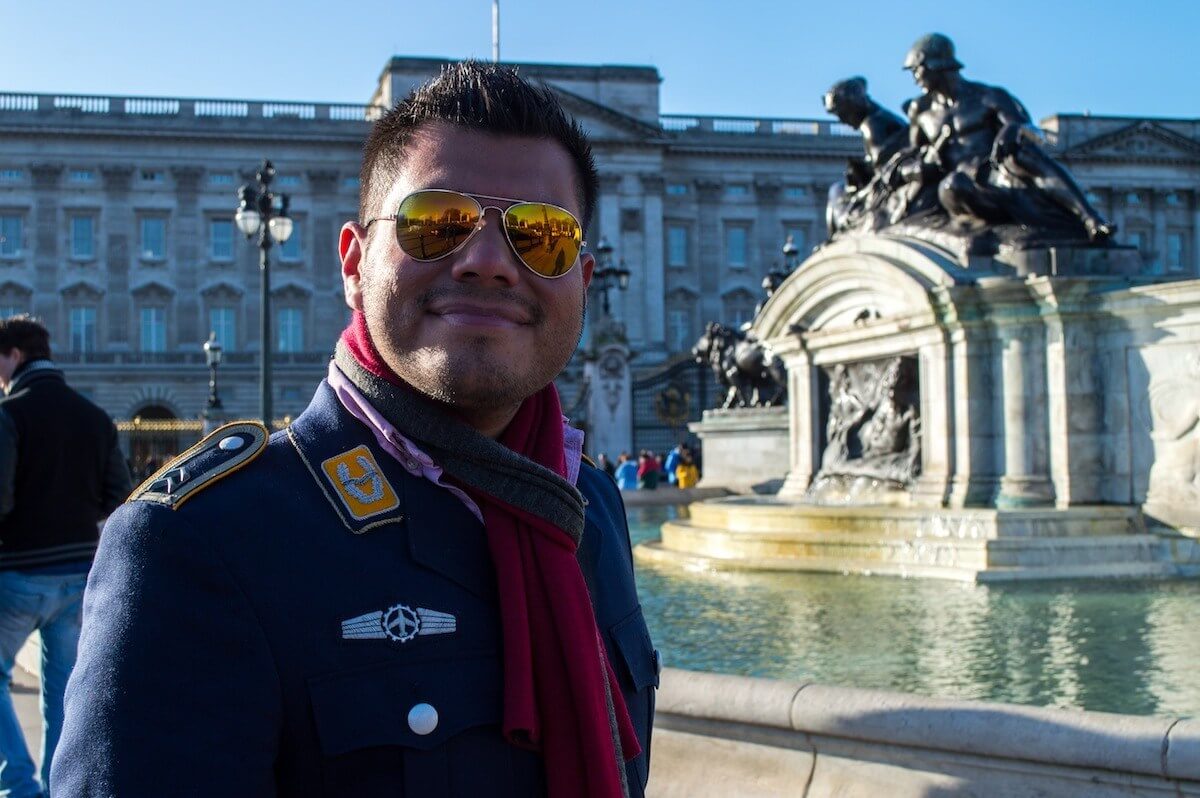 The Quintessentially British Guide to London
Read Next Post →

I just stumbled across your blog and really like some of your articles. I'm Indian and just want to point out - 3 usd daily wages is completely untrue, it is portrayed by govt so they can claim less people are poor. Getting a saree in 3 usd will be a steal. - Getting negotiated by a driver is very bad. He will make a good commission in between. Anyways if a driver takes you to any darn place where you spend money be it resturant or shopping, it will be for tourist and you will be charged more. When I go on Indian holidays face the same thing. Even they will outright refuse to take to your places. Best way is go shopping on your own where you see crowds and quote you in indian rupees. Anyone doing in USD is a tourist price. I faced same thing in Kenya. Local currency is way cheaper than USD.

I really love traveling. All your tips will be very helpful to my next adventure in Asia. Thanks

I agree with all these tips. One other suggestion, you must know what you are getting for you buck!

Thanks for the tips. I spent an entire day haggling for gifts in the China markets and what I found is you need to figure out what something should cost. (not easy) Unfortunately the only way to do this is to find the floor with one vendor so you can negotiate with another.

Most sell the same stuff so you walk in start negotiating for one item to find where the owner is comfortable selling. If they agree too quick you know you're over priced. You then walk away to get a better price and then start negotiations with another vendor below that price. Helps you find the market price and balance the inequity but it does take more time and I feel a little bad for the tough for the first vendor. With that said both were probably willing to charge me double what I should pay without this method.

Enjoyed your post. I also hate haggling and luckily it isn’t appropriate to do in most situations, so I’ve been able to avoid it for the most part.