Yesterday I read an interview with Pegi Vail, the person behind the documentary “The Gringo Trail” (yes, I know, it IS a very offensive title) and it caught my attention that she (as well as some of the people who commented on the article) made a case against travelers, specially backpackers, who haggle for prices in order to pay the same price as a local.

It really got on my nerves, mainly because she makes the (extremely wrong and quite supremacist) assumption that the locals involved in the tourism industry are impoverished people who depend on the money of rich foreigners in order to survive (something that is far from the truth). To add salt to the injury, travelers in general seem to think that they’re actually helping those people by giving them an extra source of income! 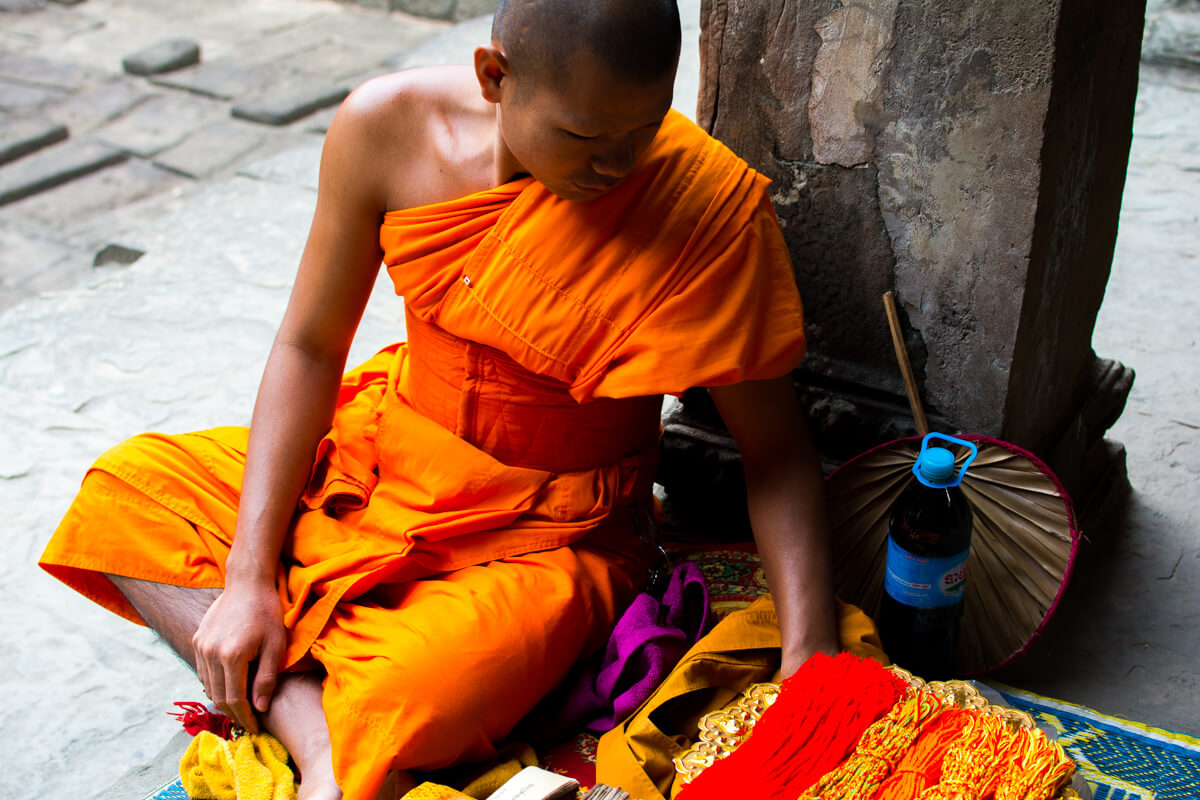 The soul of Angkor Wat in the eyes of a local

What is the Tourist Price?

First, I would like to distinguish the term “Tourist Price” with the quite similar “Local Discount”. Local discounts are awarded by the government and (sometimes) local businesses to people who come from the same city/state/country. Why is that? It’s mainly because a combination of three factors:

That is why Indians can enter for free to the Taj Mahal while foreigners have to pay 30 USD to be admitted inside and also the reason why residents of the state of Quintana Roo can obtain extremely good discounts at Cancun’s most popular attractions.

A Tourist Price, on the other hand, is the variation of prices against foreigners in comparison of locals in places/services where none of the three points stated above are valid, this is mainly seen at restaurants, lodging and transportation and yes, in many countries this practice IS illegal (but never ever enforced) since in essence it’s a form of discrimination against the costumer.

Can you imagine walking into a McDonald’s and being asked to pay a different price based on your perceived income and the color of your skin? Madness!

“Well, it’s only a couple of USD, pocket change basically, no big deal man, I mean, I’m indirectly helping the local economy, right?” No, you’re absolutely not. In fact, you’re killing it and here’s why

Why the Tourist Price is killing the local economies

It all comes down to a simple word: Opportunities. In a free economy, people choose the professional opportunities that will bring them the most benefits. Wealth, happiness, status and a personal sense of accomplishment being the four most sought after factors. 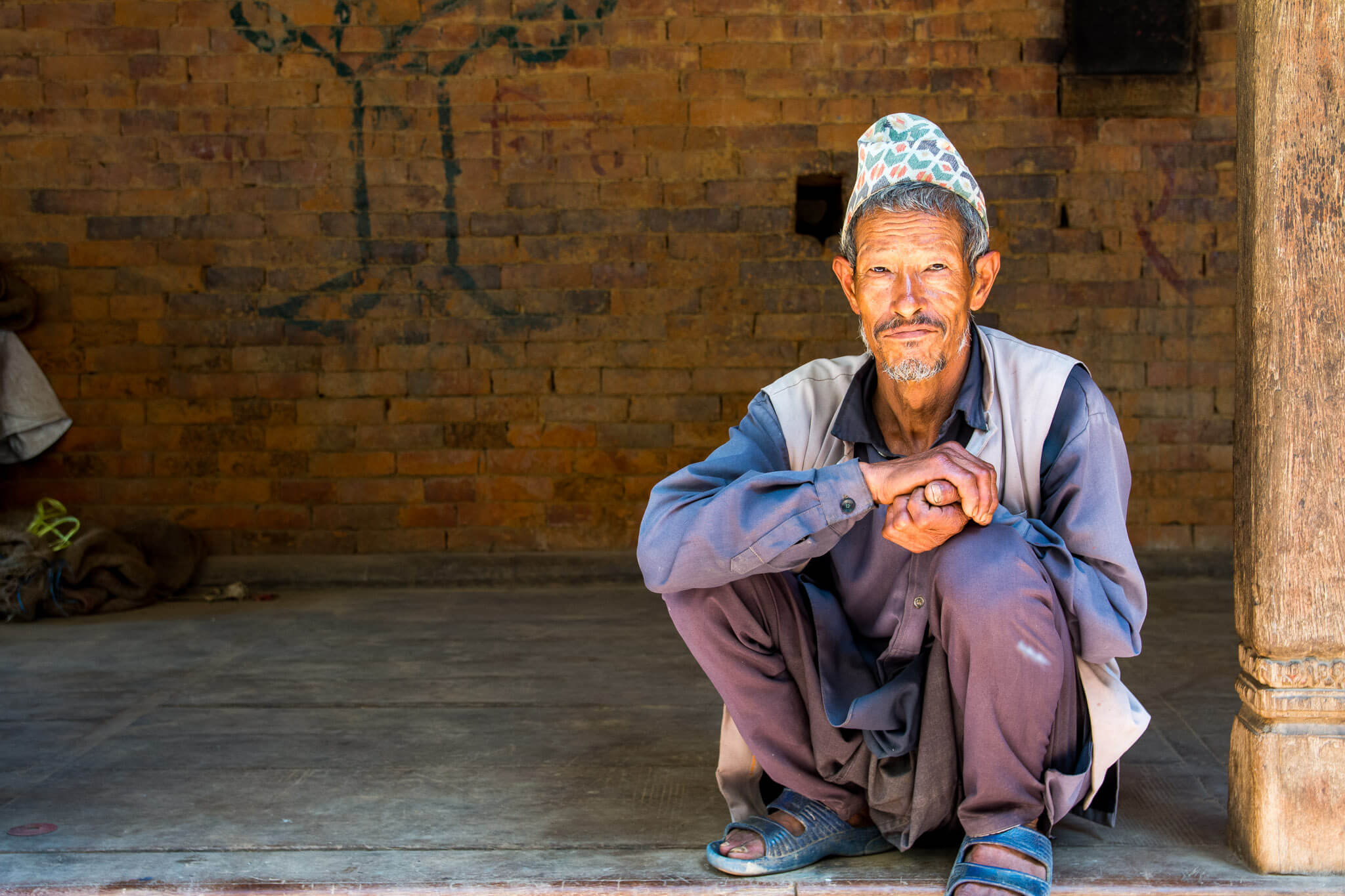 The super friendly locals of Panauti

How about the situation in Third-World countries? From what I’ve seen and lived, the main factor is the simplest of them all: Wealth. Not because they would like to have it but rather, because they need it to survive and buy the basic items that most people (travelers included, of course) take for granted.

“But wait, you’re contradicting yourself! You said that the locals were not impoverished!” Yes and no. What I said was that the locals involved in the tourism industry were not impoverished. And that’s true. In Siem Reap, Cambodia, a Tuk-Tuk driver earns more money than a college educated doctor that lives in the outskirts of the city. Tour guides can earn four times that. That nice waitress at the restaurant outside Angkor Wat? She probably earns more money in tips than Cambodians with a Master degree.

Are you starting to see my point now?

How to Ruin a Local Economy

Can you imagine what would happen in the USA if every single member of the waiting staff at the Cheesecake Factory earned twenty times the salary of a college educated medical doctor? Yes, you guessed it. Kids would start to aspire to become waiters instead of medical doctors. Why? Because it is the easy way out of poverty.

People won’t need to invest time and money in a college education that, chances are, they’re unable to afford. Most importantly, they can start working at a very young age, something crucial if they have a family (brothers, sisters, parents, grandparents) that depends on them. 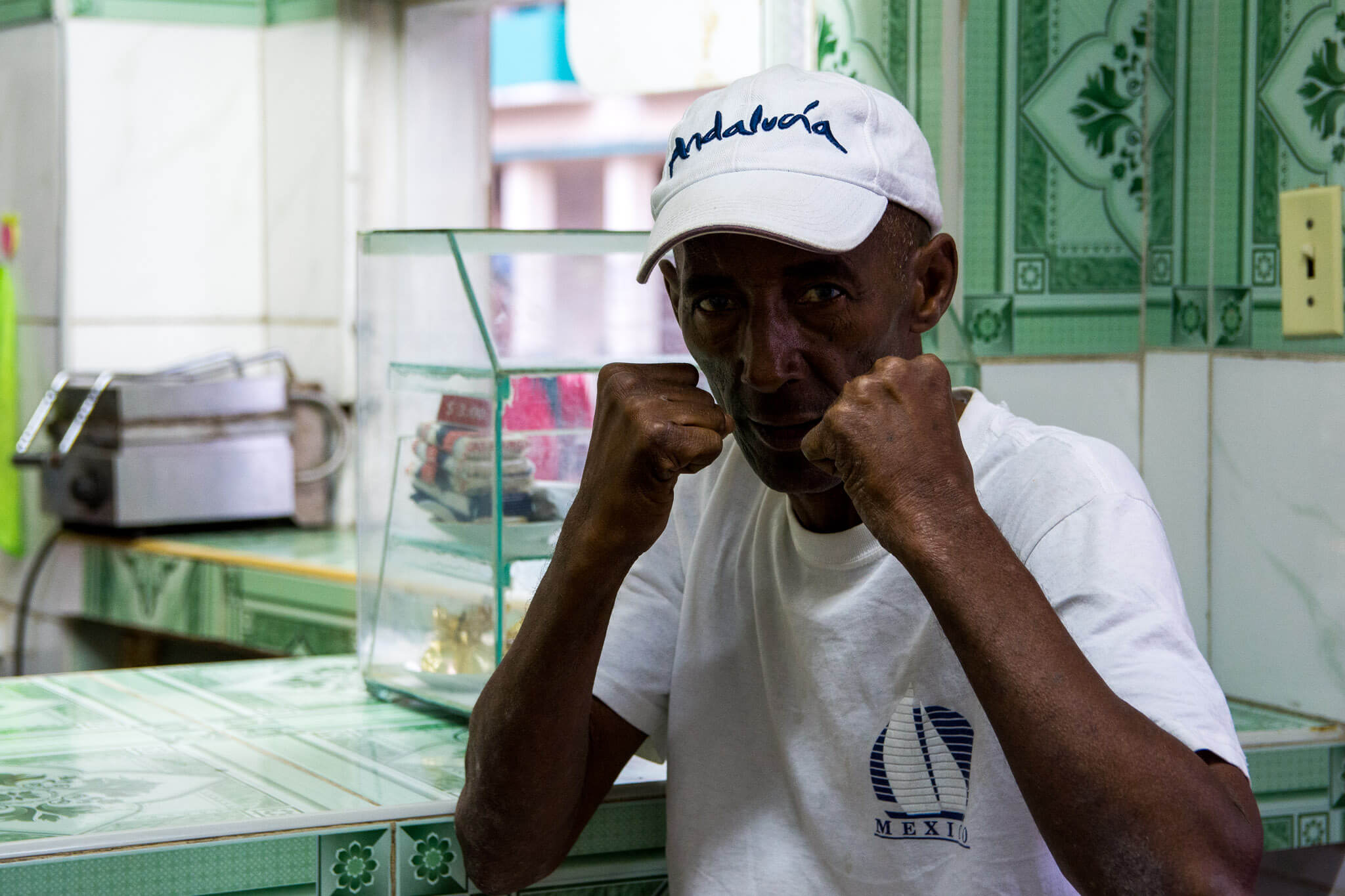 “One cup of coffee in exchange for a very interesting conversation? Sure why not”

In a few decades, the country’s hospitals would be near empty (filled only with the few gold hearted medics who don’t mind being criminally underpaid and overworked) and the number of unemployed non-skilled workers would have risen to the roof because nobody would ever pursue a college education, instead they will use their time to focus on trying to gain experience and contacts in the tourism/service industry.

An industry that, in most Third-World countries, has already peaked or it’s quite close in doing so. After all, there IS a limit on how many people can visit Machu Picchu at once.

Yes, I know that you have a good heart and you think that the nice lady (conveniently dressed in drags) at the restaurant outside of Angkor Wat totally deserves a 1 USD tip (after all, you paid 5 USD for your meal instead of the 0.50 USD they charged your driver for a similar dish).

But you know who truly deserves said money? Medical Doctors, Lawyers, Engineers…people who are frustrated at their country’s 80 USD per month minimum wage and the fact that a waitress can earn the same amount of money in one single day.

Before you visit a country, investigate the minimum wage and then decide if the tour, taxi, restaurant, service is incurring in the practice of Tourist Pricing. As a general rule: If the minimum monthly wage is anything below 200 USD, then chances are that you are hurting the local economy by overpaying and over tipping. 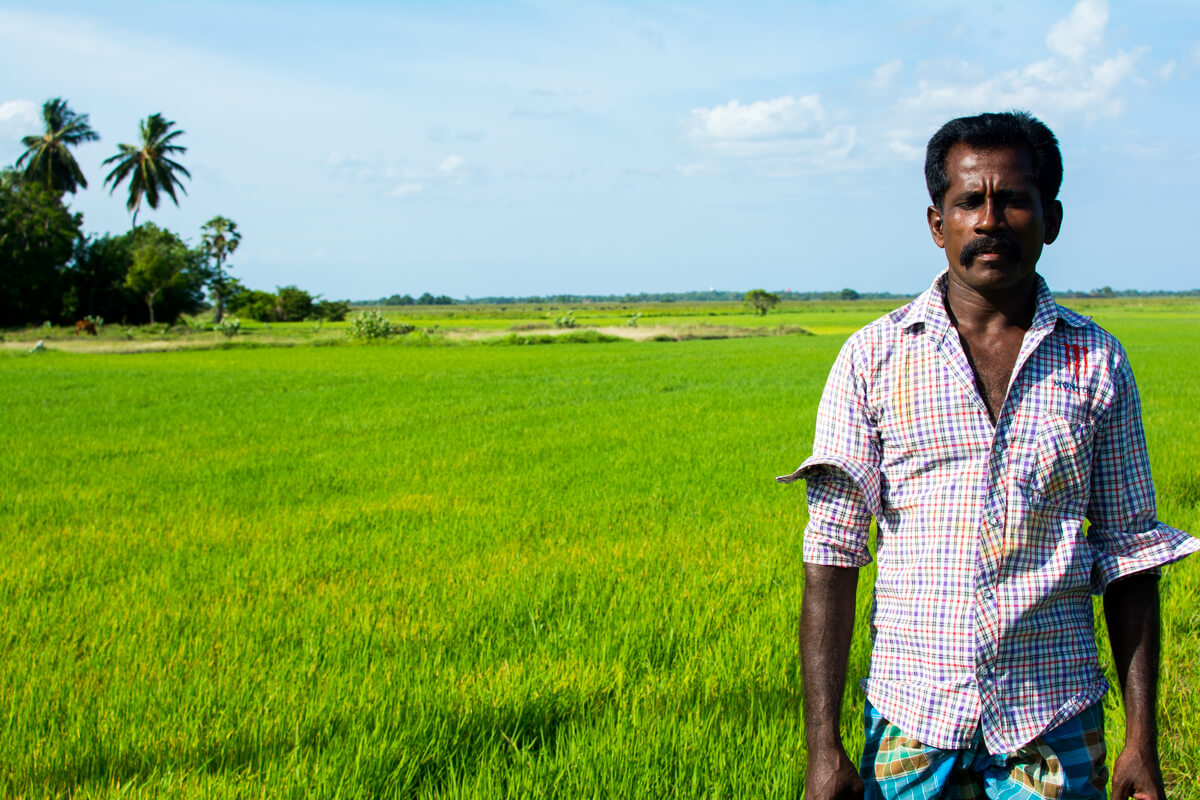 The local people of Sri Lanka

The “It’s not my fault” argument

“Come on Raphael, you’re not being fair, I mean, what can I do? It’s the country’s fault for allowing said wages in the first place”

I know that. I perfectly know that, trust me. But your actions can actively help local people from Third-World countries to avoid worshiping the tourism industry as their sole gateway from poverty. Your actions can help tour guides and Tuk Tuk drivers rethink: “Maybe I should have gone to college”.

The Tourism Industry is killing the opportunities of the citizens of Cambodia BECAUSE of generous travelers (and generous wannabe filmmakers, of course) who are not educated in the matters of life in Third-World countries and automatically believe that giving money like candies is the best solution.

And it’s ok. Awareness NEEDS to be raised in this particular issue. Wealth disparity is not an excuse to behave irresponsible and hand out money to people you might believe need it the most.

For example, did you know that the actions of a few good-hearted Americans actually damaged the economy of the Philippines after the Typhoon?How about the fact that volunteering at Third-World countries is actually the worst thing you could do to help them? The number of volunteers actually increased the demand for orphans !!! How insane is that?

People need to be educated in these matters, this article is not nearly enough to cover all of the things that good intentioned travelers and volunteers are doing wrong in the Third-World but hey, it’s a good start.

A Foreword on the Tourist Price

If you ask me, the salesmen/guides/drivers who overcharge foreigners and forces them to pay the tourist price are just common criminals and scammers, no more, no less. They don’t need the money for they are certainly not poor. What they are is a shame to the good reputation of their country. In Mexico we have a saying of “El que no tranza no avanza” (He who does not cheat, does not advance), and it’s up to us to prove them all wrong.

Please, I encourage you not to fall for the trap of tourist pricing, haggle if you must or just walk away until you find an honest salesmen/guide/driver. Trust me, they DO exist and they are the happiest ones, not because they have more money but rather because they have a passion for their job and it truly shows in their honesty and hard work.

What is your opinion about the tourist price before and after reading this article? Agree, disagree? Participate in the debate and let me know what you think! I would really love to hear your take on this issue! 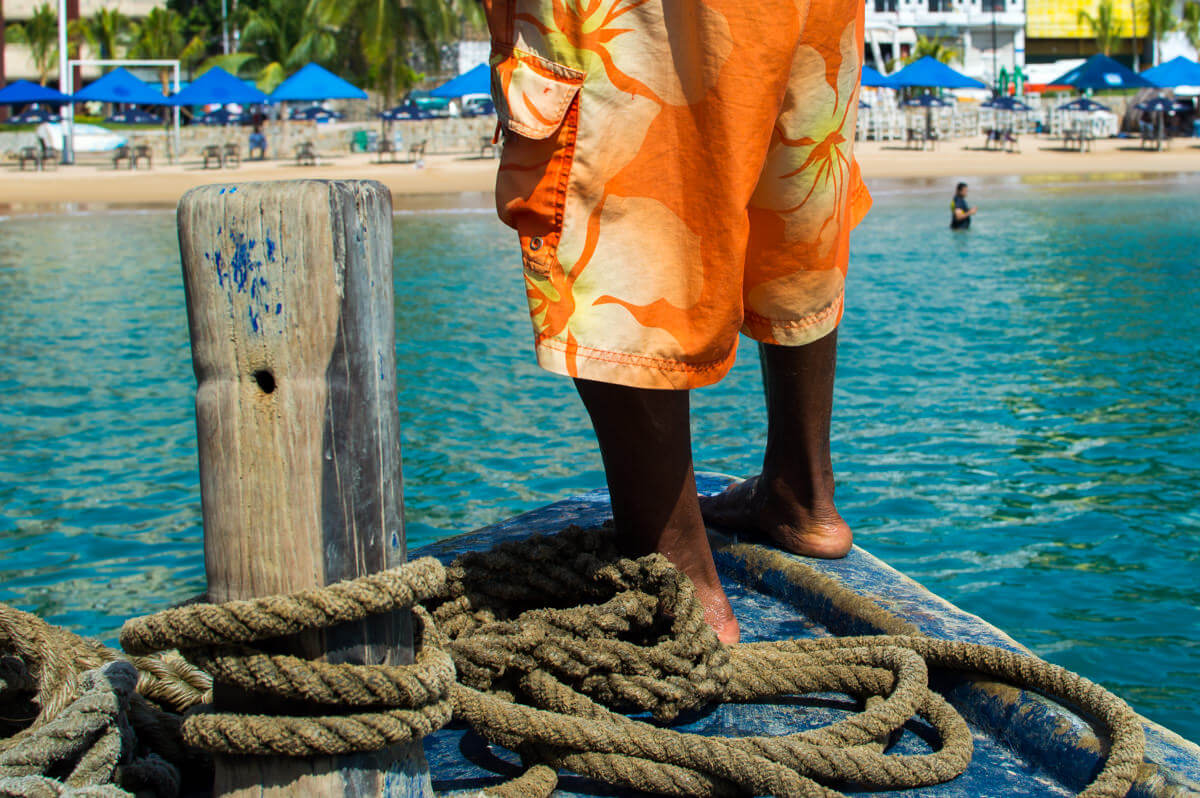 The locals of Acapulco, Mexico