Myths and Facts About Reindeer and the Sami People

Thanks to Santa Claus, Reindeer are now part of the popular culture in all countries of the world and yet, lost between the Marketing of Christmas, there is a special group of people that have been connected with the Reindeer ever since Pre-Historic times.

This is the story of the Sami people, an European indigenous tribe that inhabits the regions north of the Arctic Circle.

Are you ready for a journey of Reindeer, selfies and cultural misadventures? 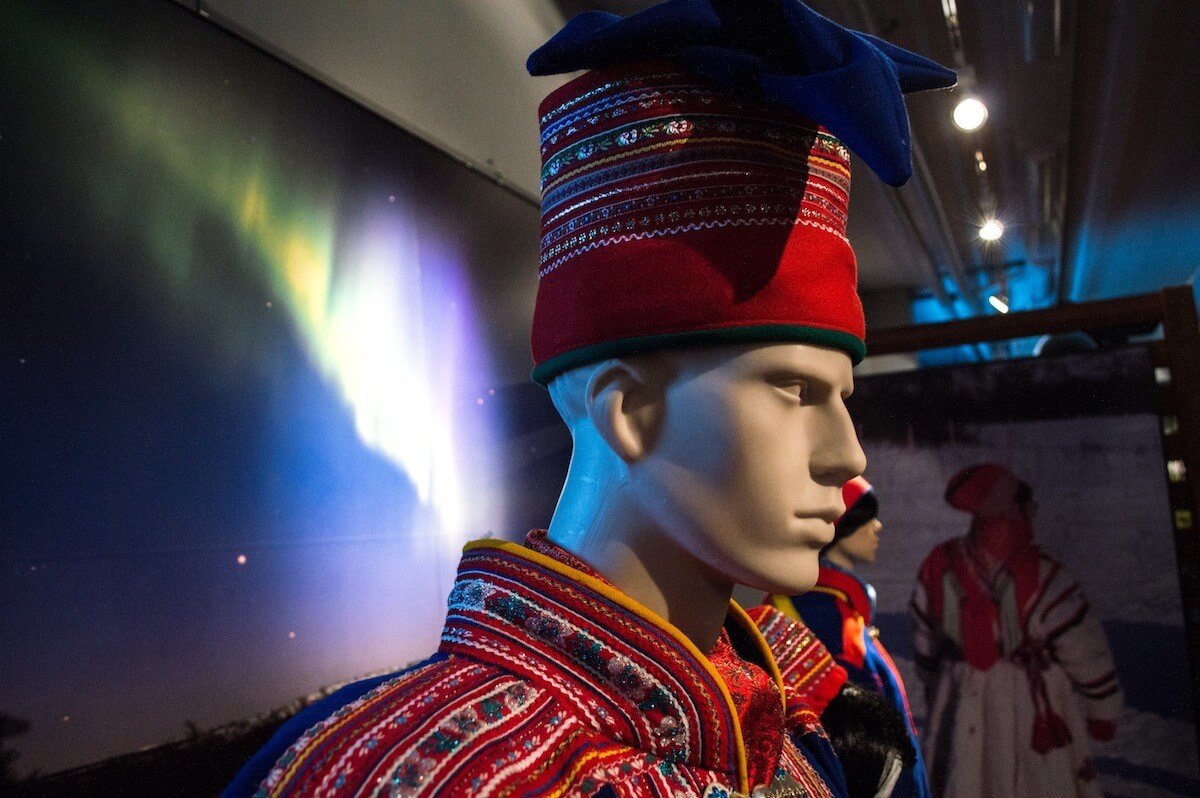 The Sami have a spiritual connection to the Northern Lights 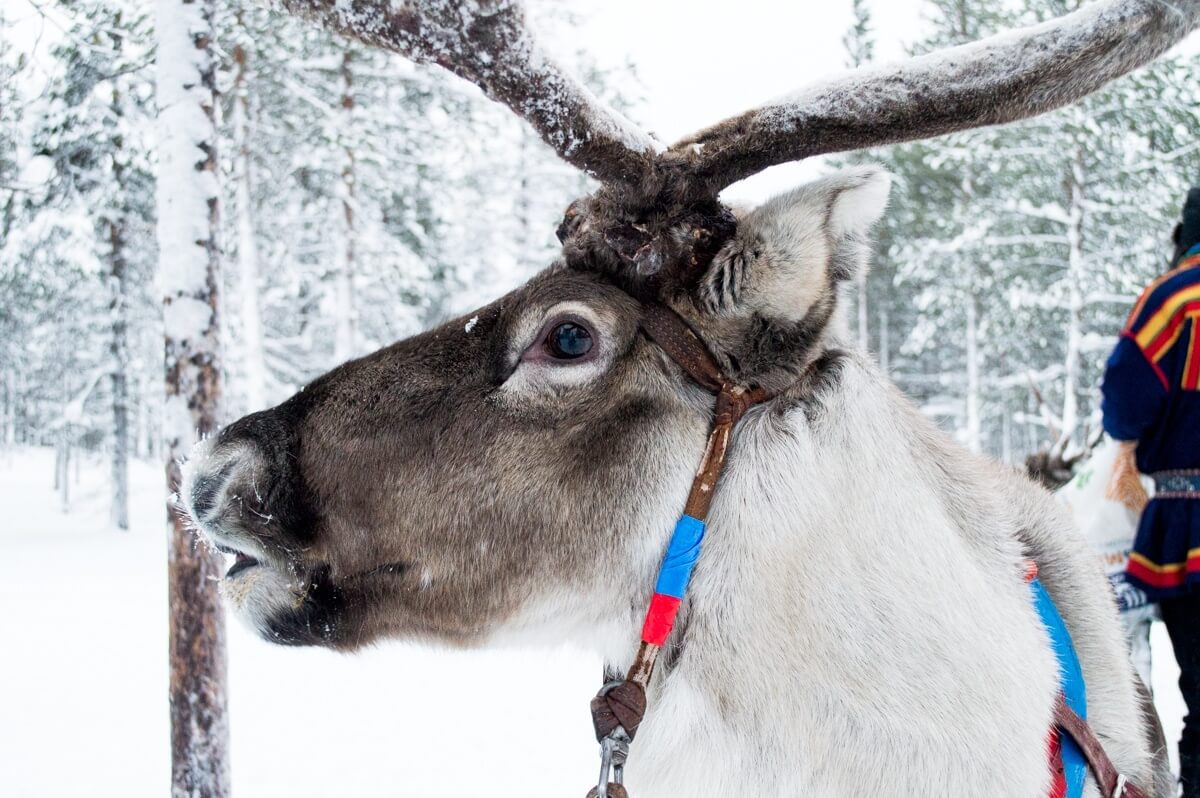 Myths and Facts about Reindeer and the Sami people

Myths and Facts about Reindeer and the Sami People

The story of the Sami people is both inspiring and tragic, bearing many similarities to the way in which other indigenous populations have been treated in the American continent. Talking about the Sami People will probably take weeks if not months since they have an unique heritage and story so here’s the bullet-point version:

The Sami people is an indigenous people of Northern Europe that currently inhabit the northern regions of what is currently Norway, Sweden, Finland and Russia. There are many autonomous groups and languages within the Sami people so it’s impossible to talk about homogeneity amongst them.

They used to be nomadic and peaceful Reindeer herders and had such a deep connection with Mother Nature that they never once claimed possession of the land which made them easy targets for the newborn countries that wanted to expand their own territory and draw borders.

Doesn’t this story sound a little bit too similar? 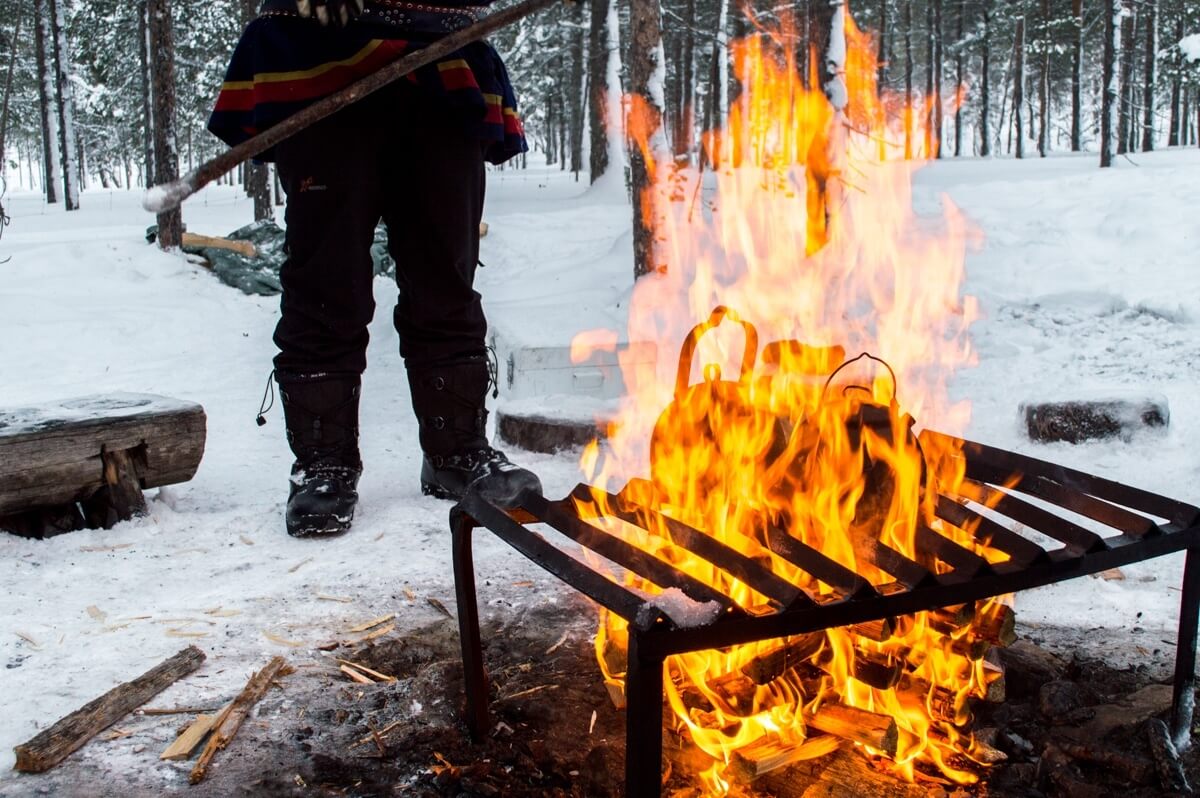 Fire in the woods of Lapland. Would you like tea or coffee? 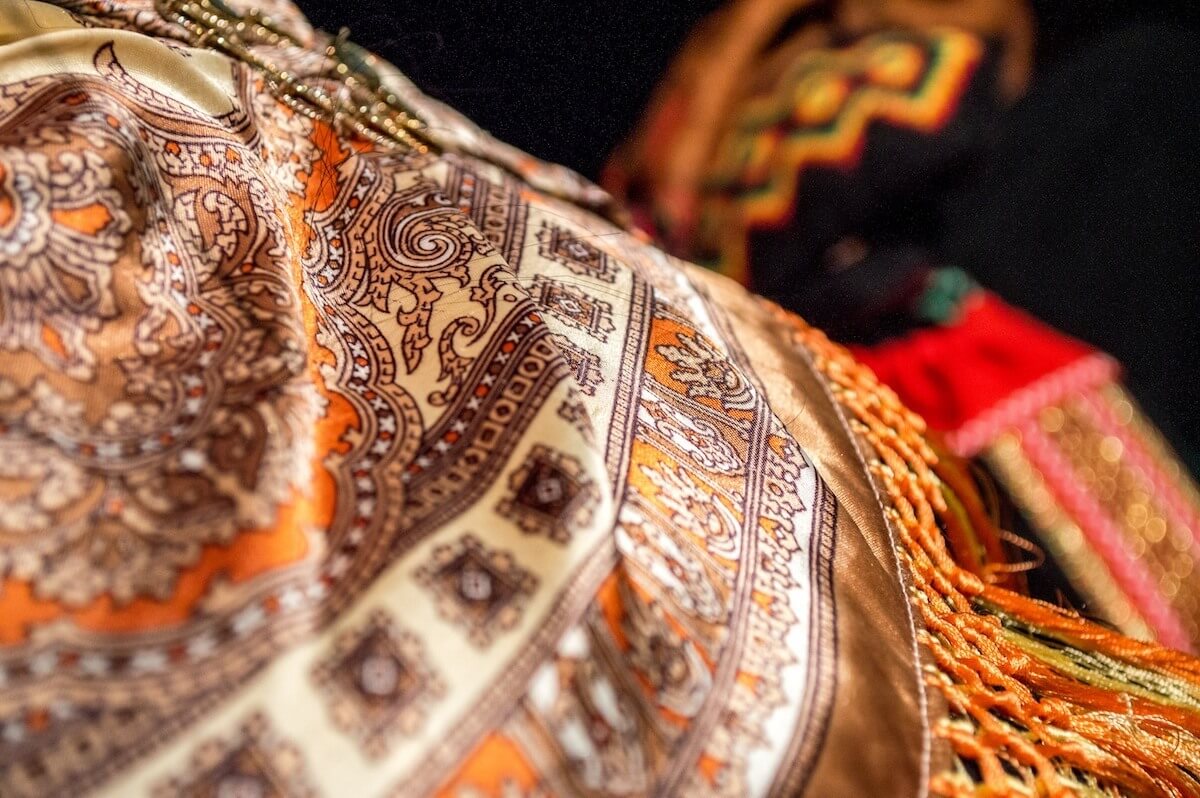 The indigenous connection of the Sami people textiles

In the early 1900’s in Finland, Sami people suffered cases of discrimination thanks to a campaign of national Finnish identity and cultural assimilation but on 1995 things changed for the better as the Sami people were officially recognized as indigenous people in the Finnish constitution. You can read the complete story here.

Today the Sami culture is thriving and they proudly wear their indigenous textiles living in peaceful harmony with the Fins. In fact, the Sami have now their own parliament in Finland and are involved in decisions regarding their own cultural integrity and well-being.

Plus, the Sami have special privileges and rights such as the fact that only them can legally own Reindeer in Finland. Did you know that all of Finland’s 200,000 Reindeer are actually owned by the Sami and none of them are actually wild? And speaking about Reindeer… 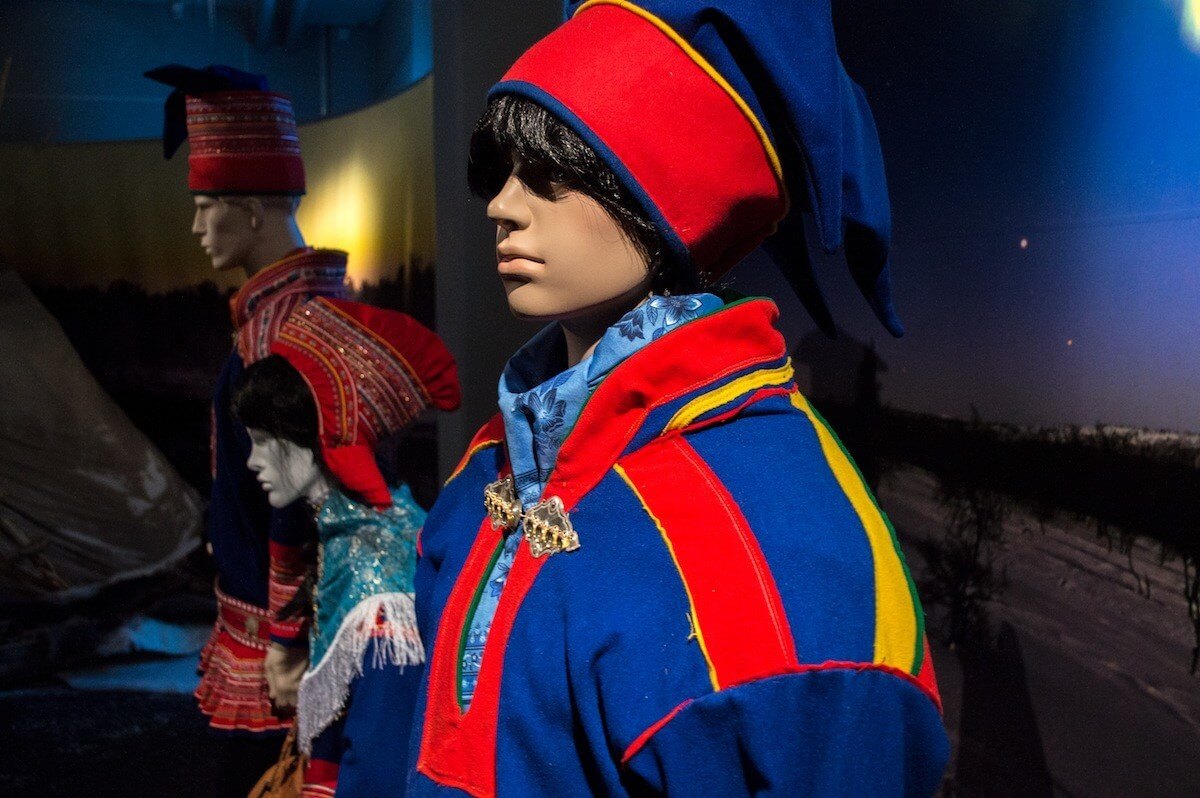 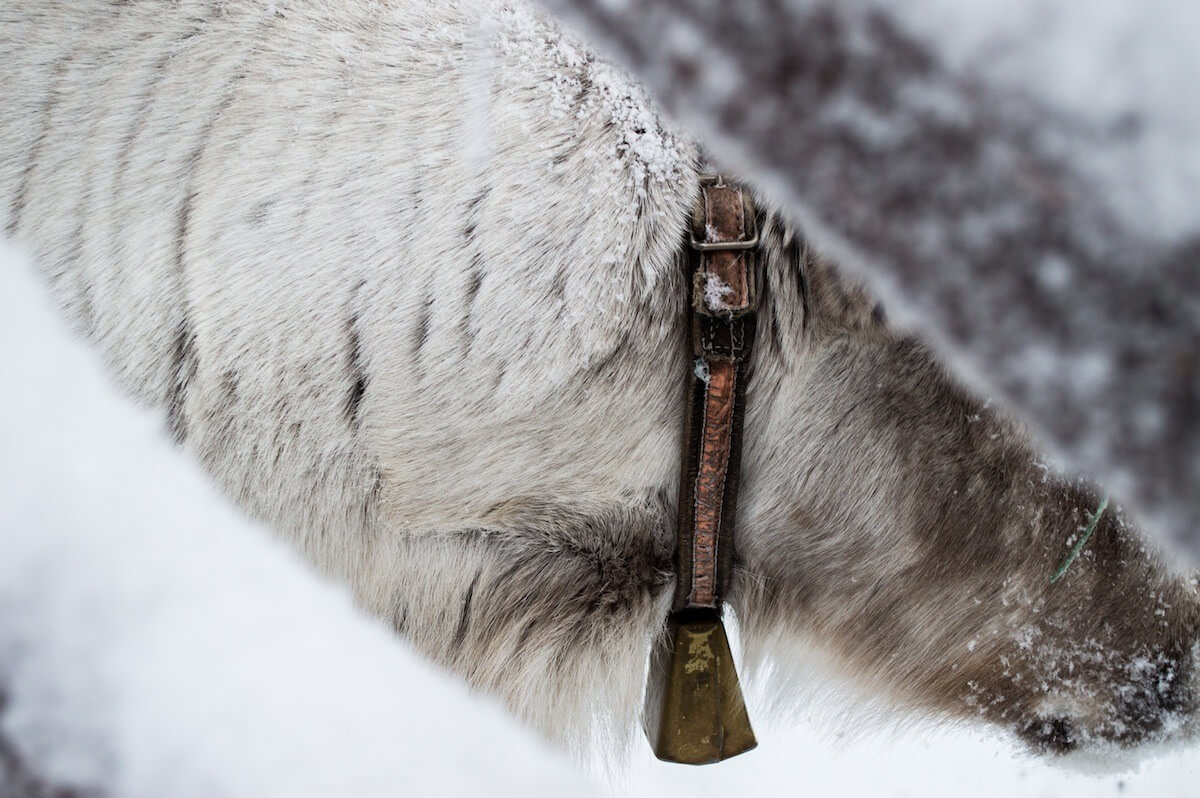 No wild reindeer at Lapland?

The Reindeer of Lapland: Friends or Food?

The Sami have a long tradition of herding Reindeer which is why they used to be nomadic traveling long distances while singing traditional joikus. However, with the invention of the Snowmobile (more about it here), the Sami were now able to cover long distances in shorter time and so they became sedentary.

This in turn, boosted their personal economy and now some of them are so wealthy that they own empires of all-inclusive resorts in the region of Lapland. It is said that it is very rude to ask a Sami how many Reindeer he owns since it’s the equivalent of asking him how many money he is making. And trust me, it’s a lot.

So how does one makes money off a Reindeer? You might ask. Well, let’s just say that there are two and only two type of Reindeer in Finland: Those who you keep as pets and forms of entertainments for tourists and those that you eat (come on, Reindeer meat is awesome!) and then sell their remains (pelts, antlers, hoofs).

Rudolph beware! Santa ain’t here to save you! 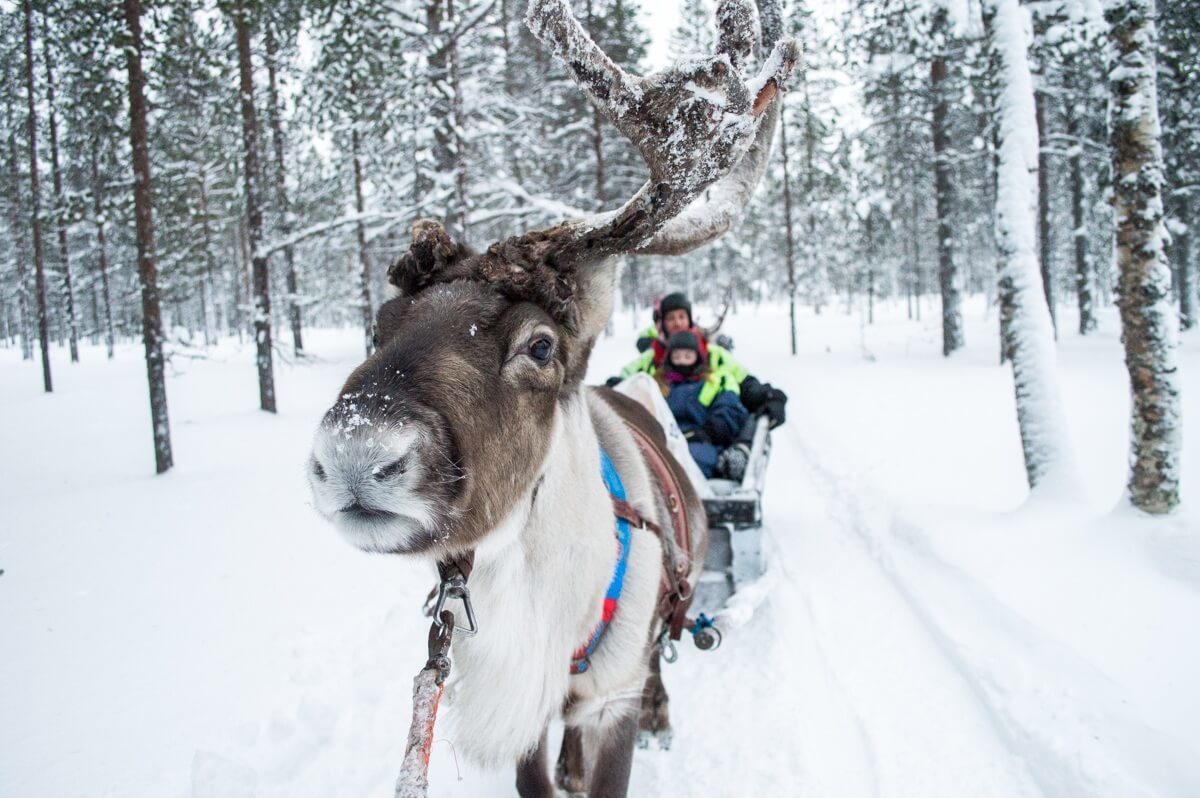 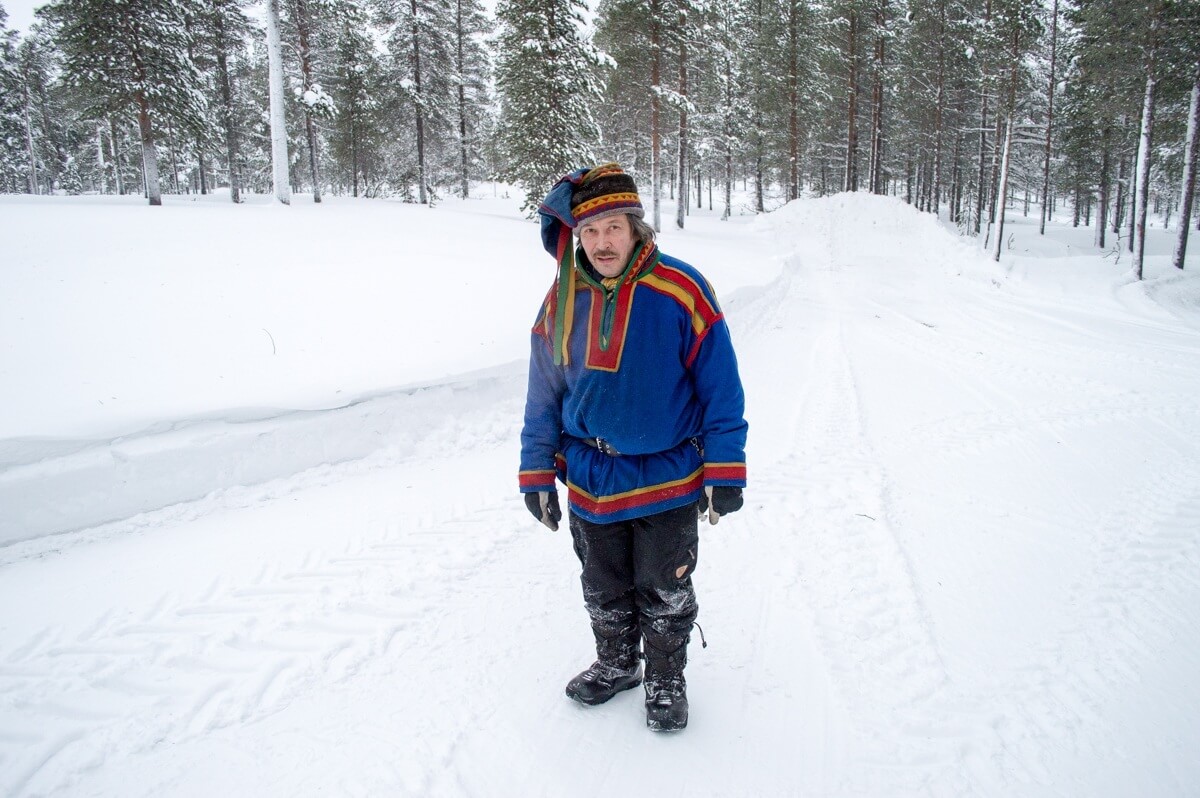 The Sami People of Saariselka

So there you go, friends, the Sami culture and the Reindeer of Lapland in a nutshell. Interested in knowing more about the Sami culture? In the Samiland Exhibition located in Levi you can learn more about their spiritual beliefs and the story of the Sami in Finland as well as being able to see some examples of Sami clothing.

Also, be sure to visit the Joiku Kotsamo company in Saariselka in order to enjoy an incredible adventure in the wilderness where you can feed the Reindeer, sing joikus, befriend the Sami and of course, enjoy a fine meal of Reindeer meat.

Have you ever eaten Santa’s little helpers? Would you like to? Trust me, you’ll love it! Until next time, my friends! 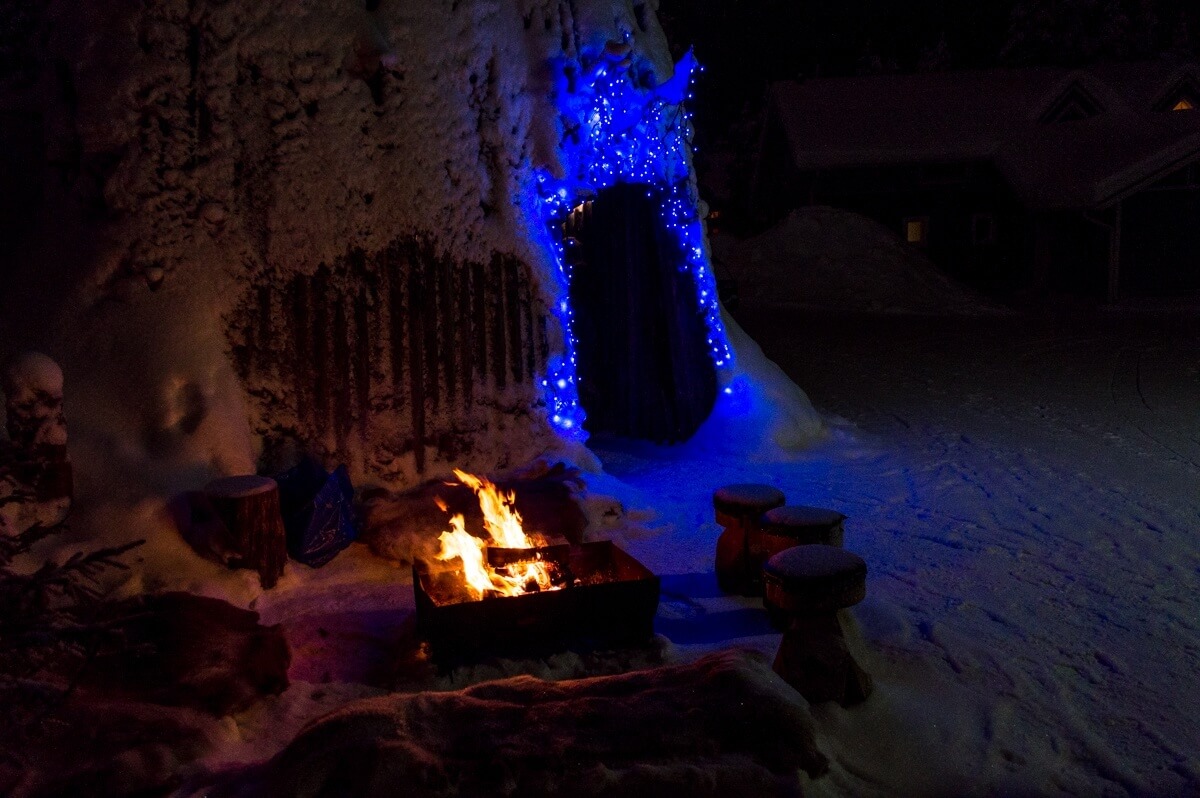 Recreation of a Sami house in Levi, Lapland 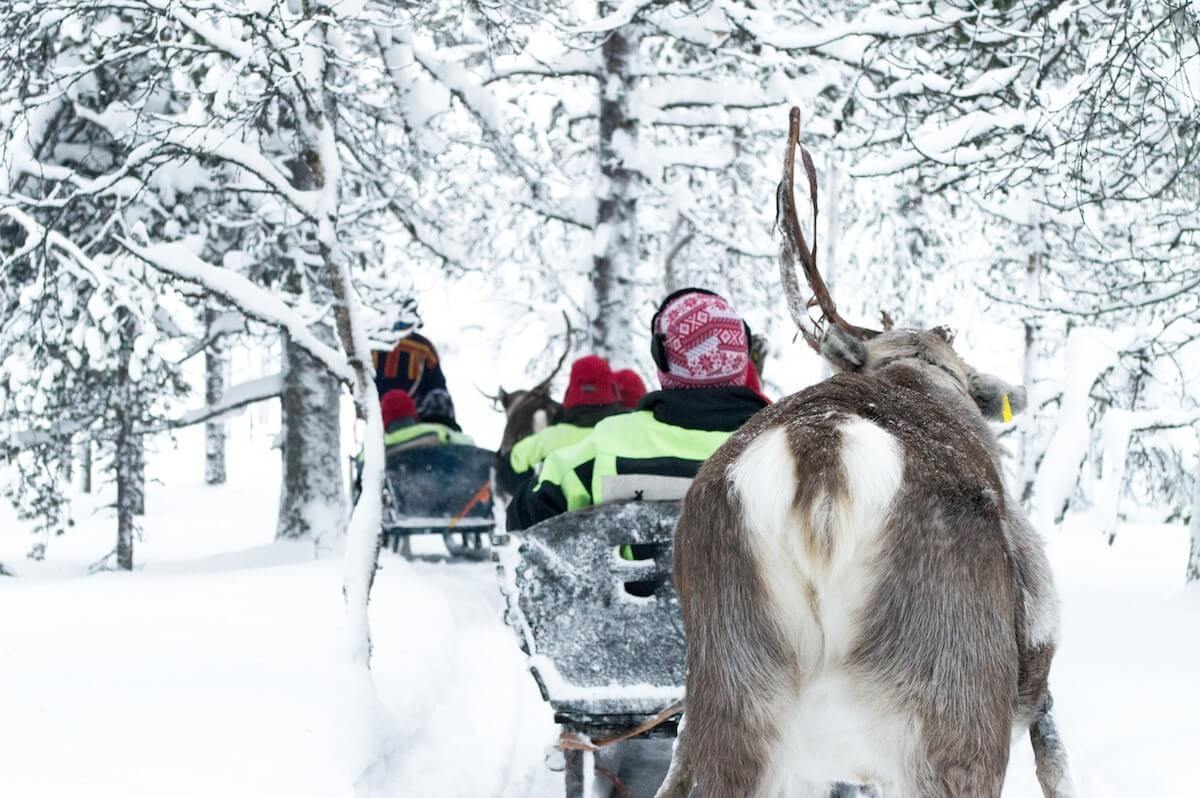 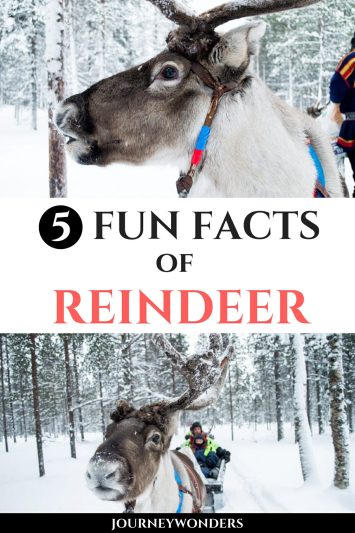