What Traveling for Love Taught Me About Life

It happened again. I got my heart broken and it was all my fault. Ever since I started my life as a traveler, I’ve been involved in two serious relationships that have ended badly because one person, at some point, made the mistake of traveling for love.

In this modern world, it is fairly common now to fall in love and start dating someone who’s not from arround your area. Things get extra complicated when both persons meet in a foreign land and now have to deal with how to prolong their relationship when it’s time to be geographically apart. I first met Scotland when I was studying in Clermont-Ferrand, France back in 2012.

Our love had a lot of ups and downs since, after our first semester, she had to go back to her country while I had to stay in France for a second a semester. While we were separated, I ended up visiting her at her house in Glasgow four times: Twice in the summer, once for Christmas/New Year’s Eve and the last one being Valentine’s Day 2013. That’s where I broke the news that I’ll be leaving for Argentina in order to work at an advertising company and that I won’t be around Europe for the time being.

Of course, things got complicated since it was very expensive to travel between Argentina and the United Kingdom and yet, I got the pleasant surprise that she was going to visit me in June 2013.

My best advice to all those star-crossed lovers is this: Do you really want to go to said place or are you doing it ONLY because of the person who lives there? This is, to me, the break or make it point. Scotland really wanted to visit Argentina so she didn’t mind venturing on her own while I was away working 9 to 5. But, come November 2013, I made the decision of flying from Osaka, Japan to Glasgow to visit her for a couple of days instead of flying directly back to Mexico for my graduation ceremony last December.

Of course, I was expecting to spend as long as possible with her, but she was in the middle of getting a new job and was working on the weekends on her previous one, so in the end, I only had one full day with her alone. Sure, I enjoyed exploring Glasgow for the nth time, it still is one of my favorite cities in the world, but traveling so far just for one day? I guess I just shot myself in the foot by creating such unrealistic expectations.

After all, when you travel for love to visit someone at their own city, you’re basically an intruder attempting to alter their daily habits. Before you ask, yes, Scotland and I broke up the day before I boarded the plane back to Mexico since we didn’t see any future to our relationship now that we both have different objectives in life.

Don’t travel for love: It’s only good when you’re both on vacation

I first met Senegal in September 2013 while I was working in Argentina, of course, she and I didn’t really begin dating until much later since at the time I was still in a relationship with Scotland. Once I was finally back in Mexico in December 2013, Senegal and I started speaking more and more via Skype and Facebook and then, I made a crazy decision: I invited her to visit me at Mexico. To my delight, she said yes. Having learned from my previous mistakes when it came to traveling for love, I made sure to have free time for her so we ended up spending a very amazing week exploring Mexico City and Acapulco and yes, we fell in love.

After our time was over and she had to go back to study at USA, I told her that I was moving to Cancun in March and that she was more than welcome to visit me during Spring Break. The difference this time was that I was working on some freelancing projects so even though I was physically present, I had to devout some time to doing some work on my laptop (and of course, provide articles for this site!).

Trust me, working from your house/hostel while the person you love is in front of you is one of the worst things you can do.

Don’t travel for love: You’ll feel empty when it’s over

In the end, after 10 days of being together and visiting Cancun, Tulum, Valladolid and other places, Senegal and I broke up as we watched the sunset at the northern part of the Yucatan Peninsula after we decided that our paths were veering onto different directions. The same day we went back to my house in Cancun where she had left her luggage and went to sleep with tears running down our cheeks. Today, she is flying back to the USA to finish her studies while I remain here at Cancun working on more projects and planning my Central American journey.

As I walk in the living room, I can still feel her presence looming over the place and I cannot help but feel an immense sadness over the love that now has ended. A house is not the furnitures or the decorations, a house is the experiences that you have while you’re living in it. And yes, this house sure makes me feel extremely sad while also encouraging me to try new experiences in order to overcome what has happened within these walls.

Don’t travel for love: Actually…just do it.

In the end, I suggest you to go against what your logic dictates you. What does that mean? That if after reading this article, your logic tells you not to take the leap…well, forget that and just do it. It is better to try and fail instead of regretting not having the courage to try it in the first place. While I’m sad that traveling for love has led to heartbreaks and tears, I would be a liar if I didn’t admit that I enjoyed every single experience that I had.

Thank you, Scotland. Thank you, Senegal. Both of you have taught me important life lessons and I will never ever forget the many happy moments we shared. Life’s too short to second-guess. Fall in love, make mistakes, enjoy the romance, experience your first heartbreak, move on, fall in love again…

Have you ever traveled for love? 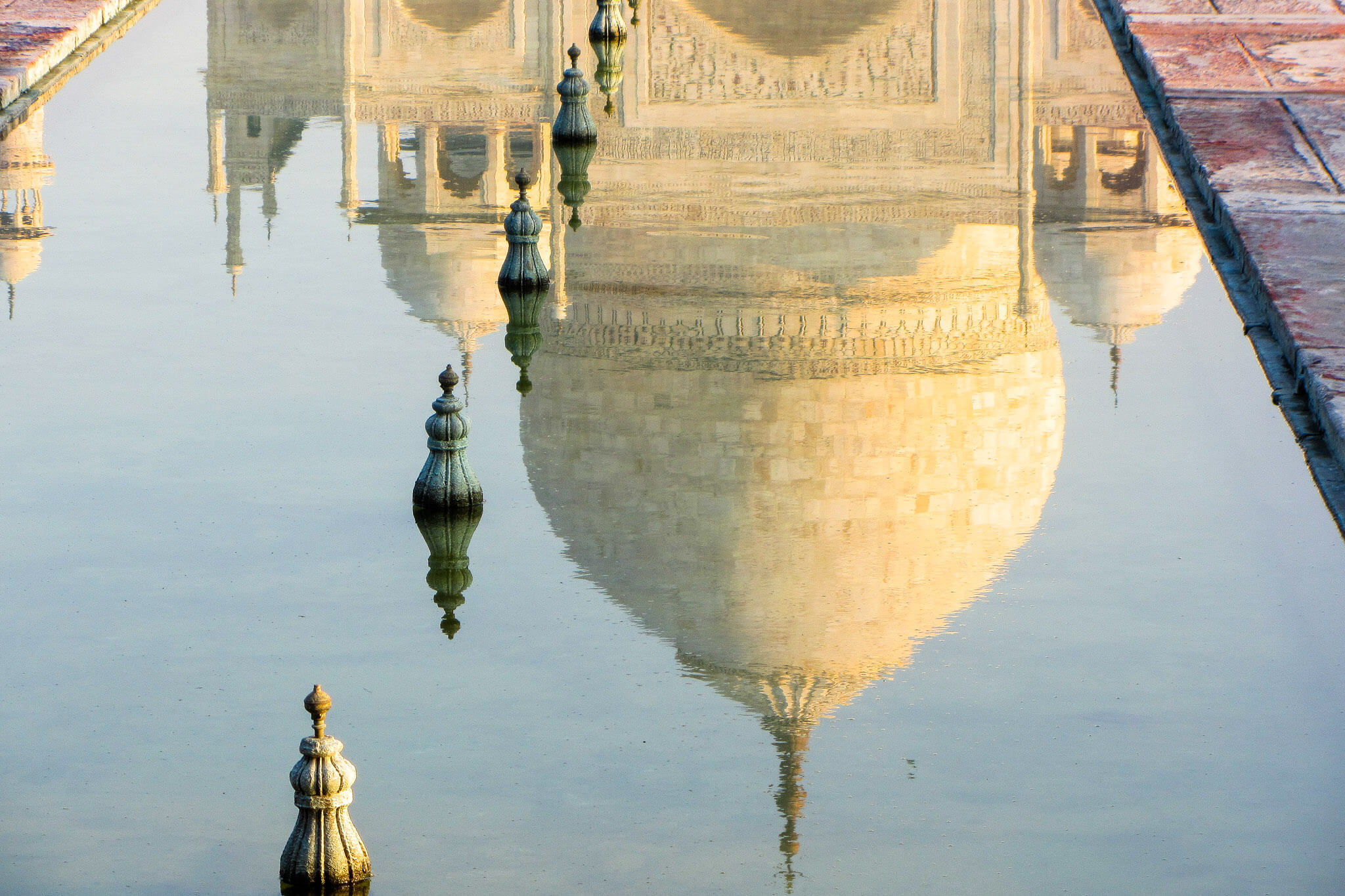 Reflections of the Taj Mahalaj