In the middle of the Pacific Ocean, you will find an island like no other in the world. Considered as the most isolated place on Earth, Easter Island has some of the most fascinating mysteries in the history of human kind.

One of the biggest one is the mystery of the Birdman Cult, a mythology that eventually replaced the worship of the Moais statues and that baffled the foreign visitors who soon came to the shores of this magical place.

This is the story of the Rapa Nui people and the Birdman Cult that they soon embraced, are you ready to unearth this mystery with me? 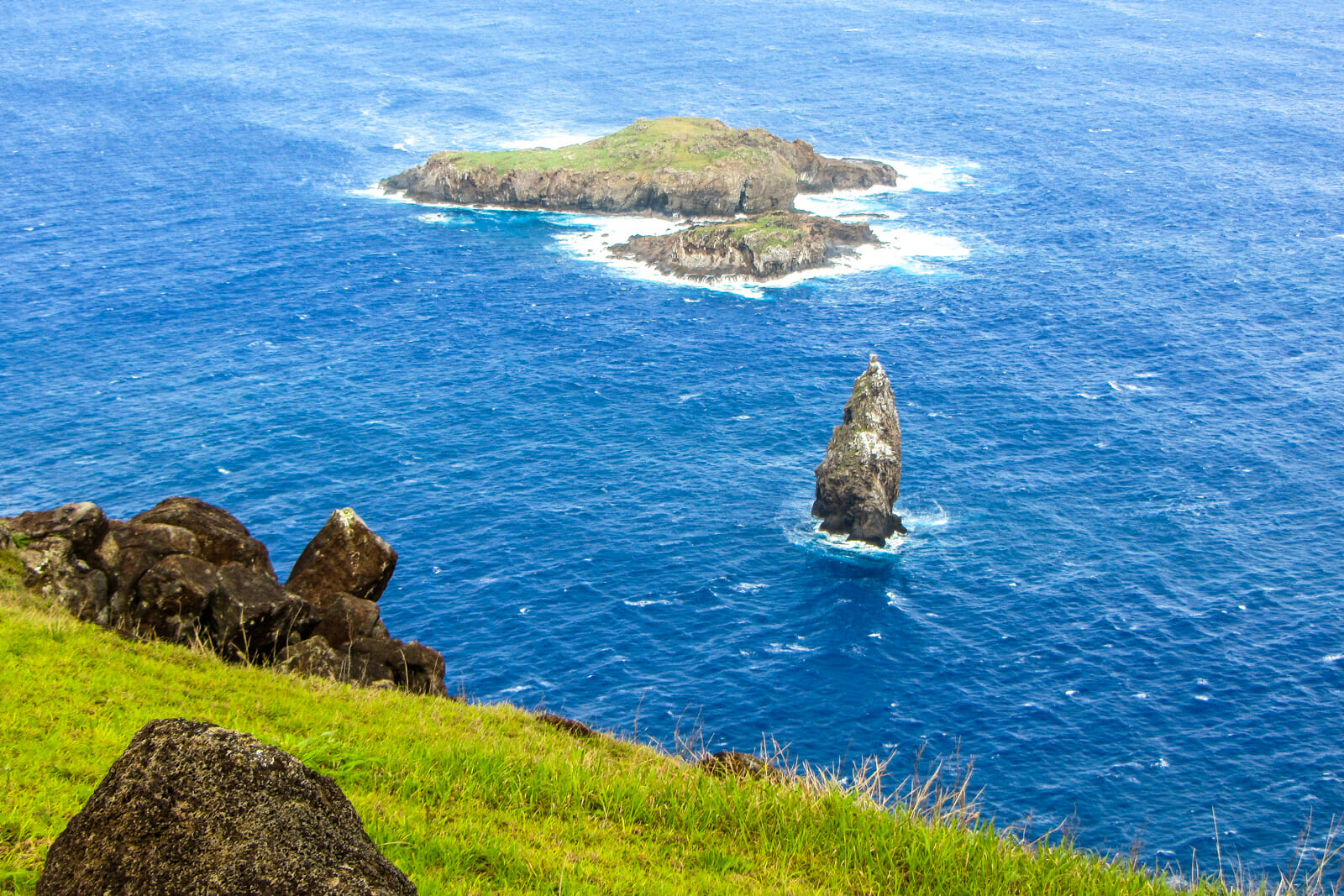 The Birdman Cult of Easter Island

The Moais, the Birdman Cult and the Rapa Nui

Easter Island, one of the best islands to visit in South America, is one of the three borders of the Polynesian triangle along with Hawaii and New Zealand while Tahiti and Samoa are located within the triangle itself, that’s why it can be consider to be part of Oceania even though it is currently politically aligned to Chile.

It is important to mention that the Rapa Nui, name used to describe the inhabitants of Easter Island, have one of the most interesting developments in the history of humankind, with many ups and downs (specially downs) in their lifestyle.

Being confined to an island double the size of Manhattan can do that to you, since agriculture and fishing were the only means of survival, meaning that droughts had the potential to completely eradicate their livelihoods.

The history of the Rapa Nui is divided basically into three periods: The Moai carving era, the Birdman Cult era and the Colonization/Modern era. The inclusion of today’s Empanada-making era is still debatable among scholars.

The Rapa Nui first arrived to the Island in the year 300 and divided it into different tribes. The Moai statues were depiction of the ancestors of each tribe and they were always placed facing inwards instead of outwards. Any drawing made with Moais looking at the Ocean is factually wrong.

The Moai carving lifestyle, however, ended up taking a toll in the limited natural resources of the tiny island, so, by the late 1500’s, the Moais were ignored in order to make way for a new tradition: The Birdman Cult. Because when your Old God doesn’t benefits you anymore, it’s to invent a New One. Of course! 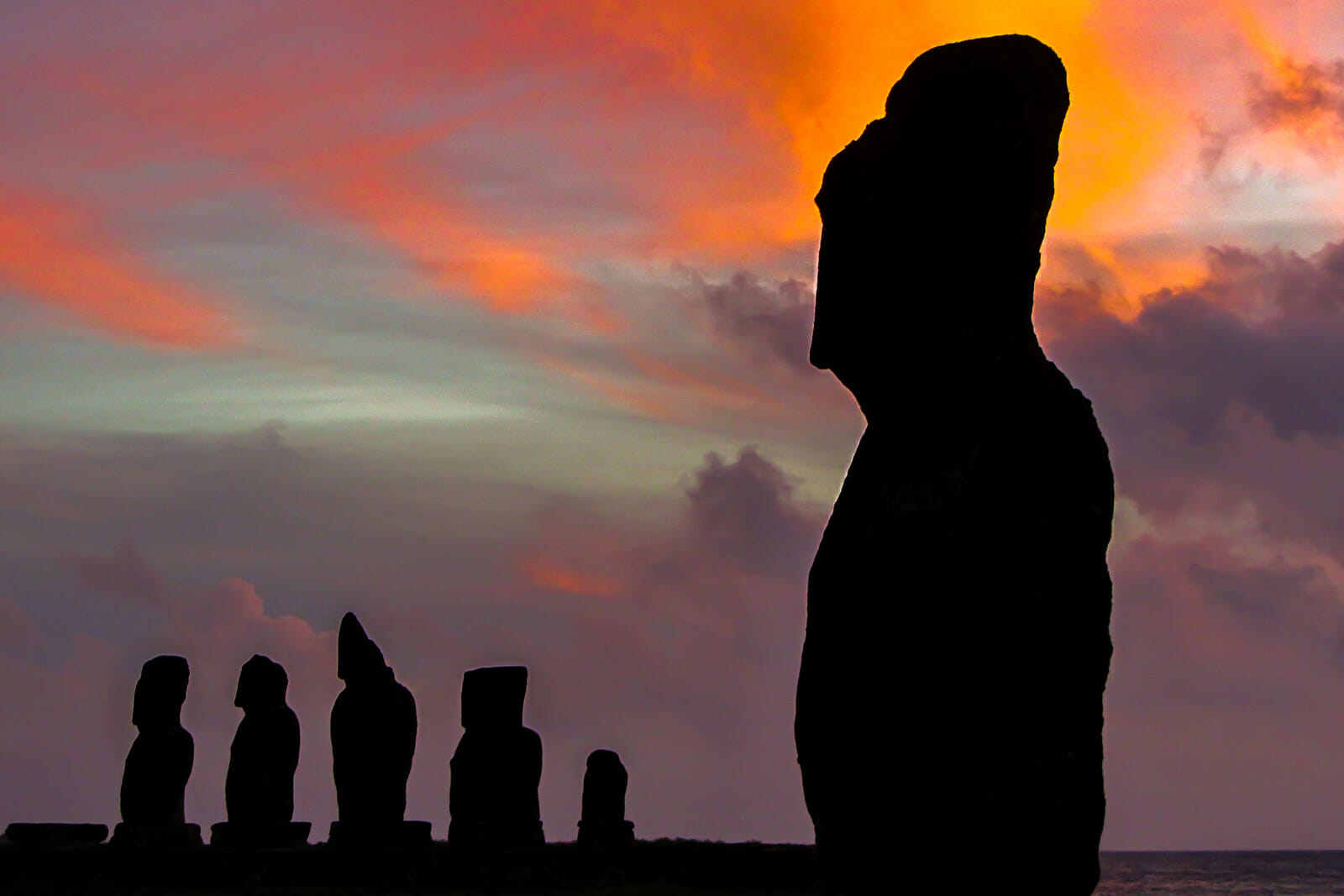 What is the Birdman Cult?

After the fall of the Moai carving era society, new Gods replaced the Old ones while a struggle for power came to light. In order to settle this in a non-violent manner, the Birdman Cult competition was established to help decide who would lead the Rapa Nui each year.

The process was simple, each year, one elder would make a bid for leadership and choose one of his champions to honor the God Make-Make, deity of fertility. What a better way to honor the God of birth than to steal eggs, right?

The chosen ones of the Birdman Cult would then dive down dangerous cliffs of Orongo, a village located meters away from the Volcano Rano Kau. They would then swim to the small inlet named Moto Nui and wait for the first manutara (sooty tern) egg of the season, swimming all the way back to Orongo with the egg safely secure in order to win the crown for his elder, who would then be considered the supreme ruler for one year, until the next competition.

He also was compelled to shave his head and grow his nails in order to achieve a bird-like appearance. Now that I think about it, the Rapa Nui might have been the first cosplayers of recent times.

More than half of the competitors died from sharks, falls and cutthroat competition. Believe it or not, this practice was recently abolished as of 1860 when Christianism became the official religion of the Rapa Nui people. Easter Sunday sure seems like a whole different affair now, right?

Interestingly enough, there used to be a single Moai at the Orongo Village, whose back contains engravings of the Make-Make God and the Birdman Cult. This is the only remaining link between the Moai carving era and the Birdman Cult era. So what happened to the Moai?

Well, let’s just say that you can still see him…as long as you’re in London. Yes, the biggest answer to some of the mysteries of Easter Island lies at the British Museum. His name? Hoa Hakananai’a (Stolen Friend). What a bummer. 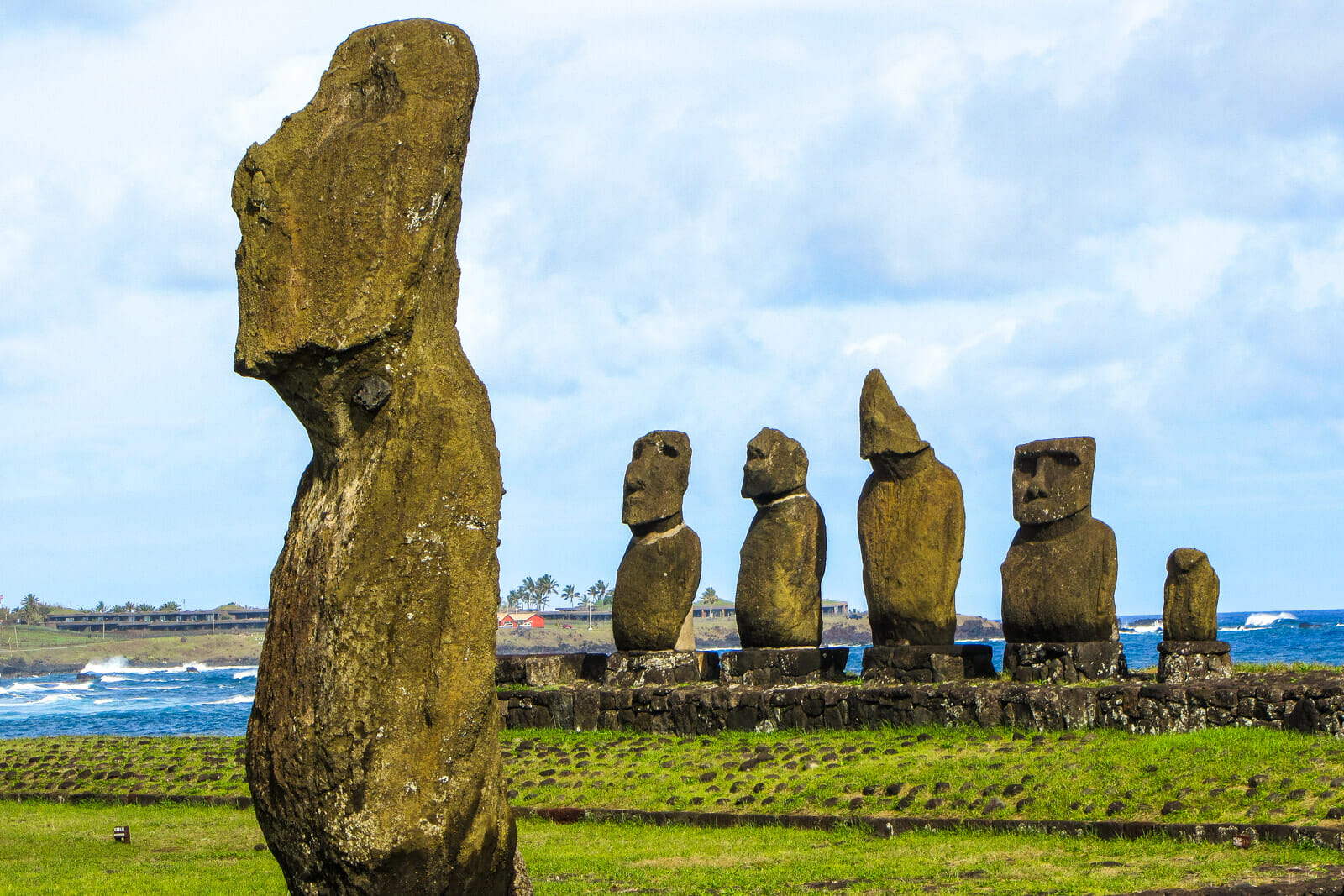 The Moai heads of Easter Island

Today, there are basically four ways of moving around Easter Island: Bicycle, car, foot and horse. Of course, the average visitor will end up taking a guided tour since it’s not that expensive as long as you’re traveling solo. For groups of more than two, renting a car is the most economic option. How about horses and bicycles? Both are good to reach the off-the-beaten path destinations of this island, although definitely not ideal for climbing up to the Orongo Village of the Birdman cult fame.

Since I woke up extremely late during my third day at Easter Island, I opted for taking the long walk to Orongo via the Rano Kau Volcano, after all, the lady at the hostel told me it shouldn’t take more than one hour from the town of Hanga Roa. She was totally right…except she couldn’t predict the heavy rain that soon followed so you better be prepared for mud, dangerous slopes and the occasional fall.

Two hours and many falls later, I finally reached the look out of the Rano Kau Volcano, whose crater is now filled with vegetation, this was my first volcano summit so I was very proud of myself that day. A mere meters away from the crater, I reached the visitors’ center of the Orongo Village, where you can find many information about the Birdman Cult and where you need to show your ticket to enter the archeological site.

No, you cannot buy it here. You can only get it at the airport, at the base of the Rano Kau volcano and through a tour agent. The price is USD 60 for non-Chileans and grants you access to Orongo and Rano Raraku (where the Moais were carved) for five days. Can you imagine climbing all the way up just to be told you can’t access because you forgot to buy a ticket? 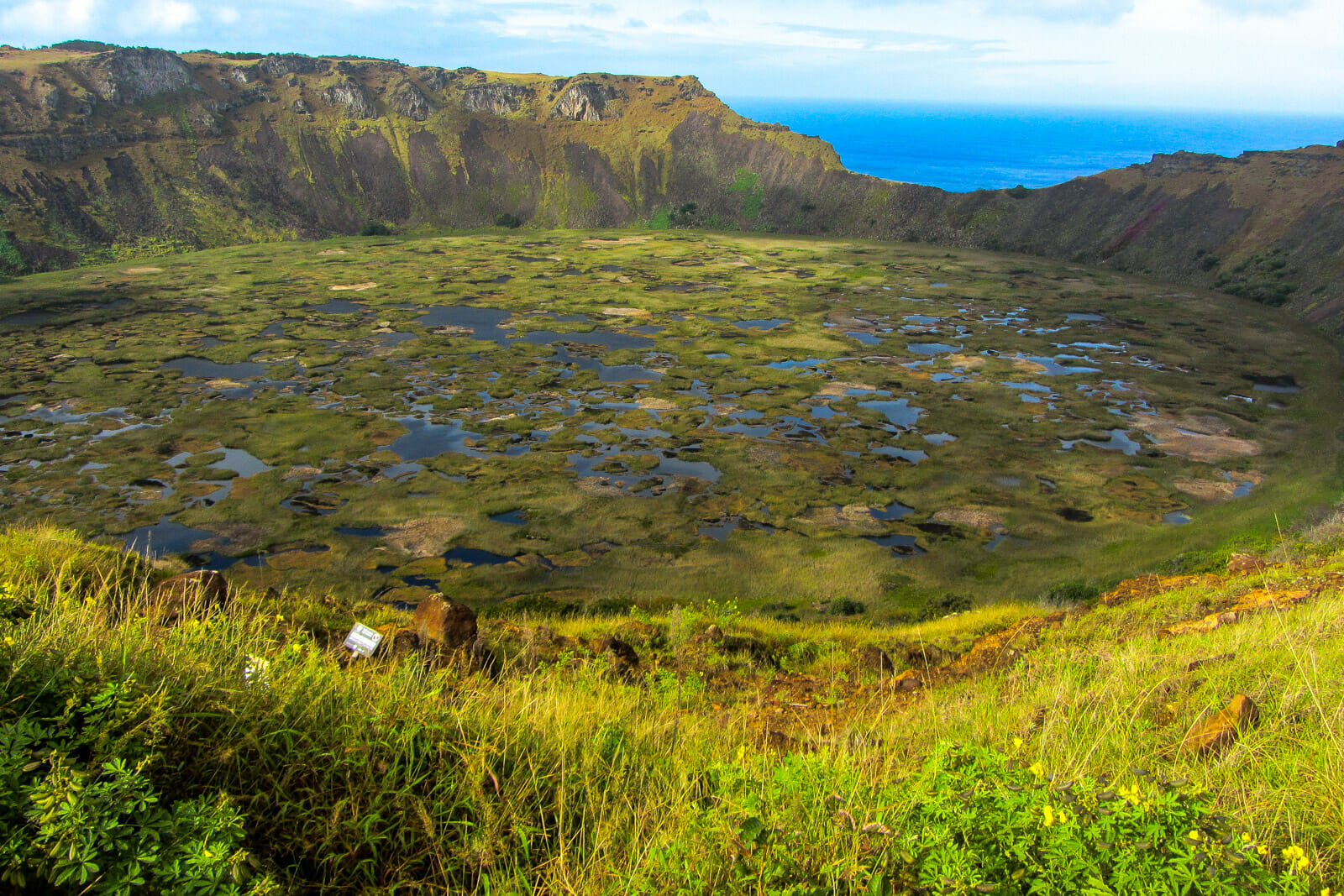 The crater of the Rano Kau Volcano

In Hanga Roa, the only town of the Island, there is a quite-famous hotel that plays the Rapa Nui film, produced by Kevin Costner, a few nights a week, ask arround and you’ll soon find it.

The movie was a box-office bomb and a critical flop but it has a very accurate portrayal of the Birdman Competition (even though the other 80% of the film is factually wrong). If you’re in the mood, it’s very worth watching it.

Is a day trip to the Orongo village worth it? Yes, totally yes. Even if you have short time, the panoramic views from this place and the amazing culture and history you can find here makes it totally worth the hike (or, you know, the drive).  The Birdman Cult is, in the end, one of the most amazing evidences about the folklore and local legends of the amazing Rapa Nui people. 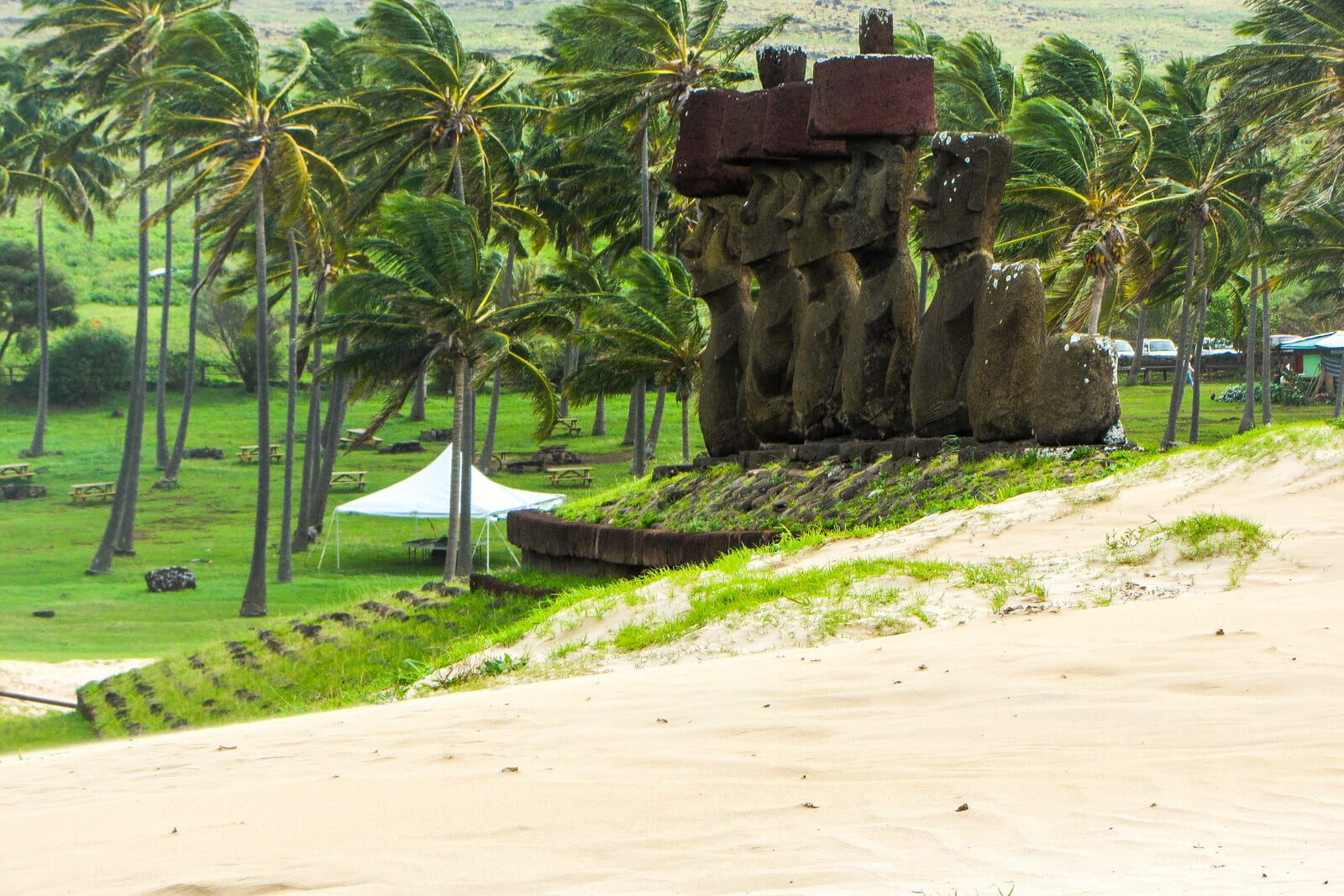 Have you ever been to Easter Island? Would you like to? Share your thoughts and let me know what you think of this journey of Wonders and stay tuned for more articles about this magical place! Let the Birdman Cult games begin! 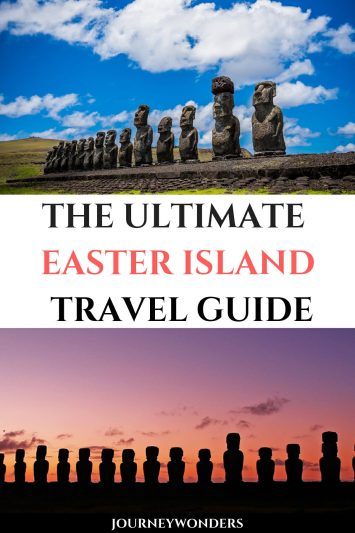