Are you a fan of Indiana Jones? If you are then you probably remember one of his catchphrases every time someone was looting a relic: “It belongs in a museum!”. Yes, Mr. Jones, we all agree that said relic should be in a museum… But not in YOUR museum.

Who owns antiquity? If recent and ancient history is to believed, the owners of antiquity are First-World Museums that exist merely because they have looted invaluable relics from developing countries in wars, contraband or simply using treaties and laws that were signed by corrupt officials who sold out their own heritage.

“But come on, without Museums, those relics in developing countries would have been lost to the sands of times and even destroyed!” Really? Let’s take a look at each particular case. 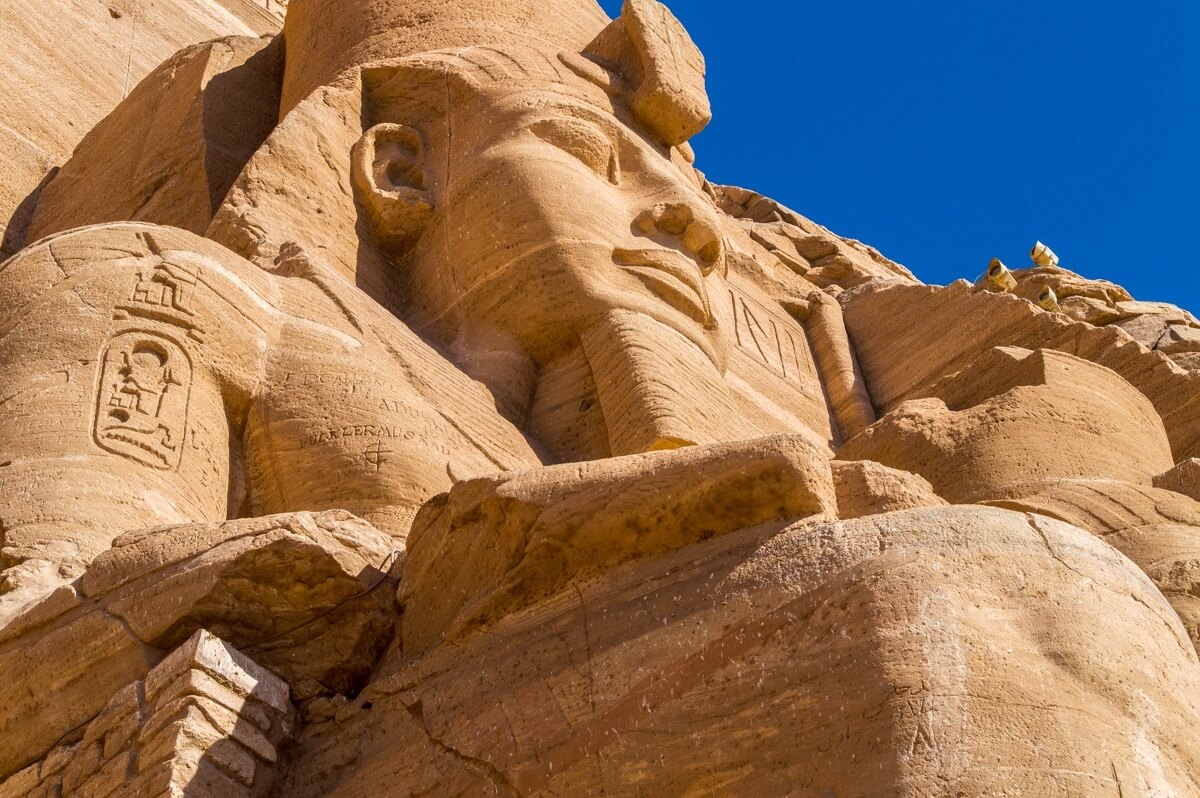 The Temple of Abu Simbel, Egypt

Finders keepers? It sure looks that way

The top Museums in Europe and the Americas are the result of Imperialism, plain and simple. Even the Royal Jewels of the British Crown contain diamonds of dubious origin. The most prominent of them being the Koh-i-Noor diamond, the largest diamond in the World. Said diamond originated in India before being lost to many different countries (such as Iran and Afghanistan) as a spoil of war.

It eventually landed back in India in the hands of the Sikhs before the British took it by force and now it rests in the Crown of the Queen Mother. When asked about it, Queen Elizabeth II said that since the diamond changed hands too many times, Great Britain has an equal claim to it. Yeah, right. Here’s what David Cameron had to say:

“The right answer is for the British Museum and other cultural institutions to do exactly what they do, which is to link up with other institutions around the world to make sure that the things which we have and look after so well are properly shared with people around the world. I certainly don’t believe in returnism, as it were. I don’t think that’s sensible.”

That’s a very interesting posture to take, specially since Great Britain was one of the main supporters of Germany returning the plundered art in the aftermath of World War II, speaking of which… 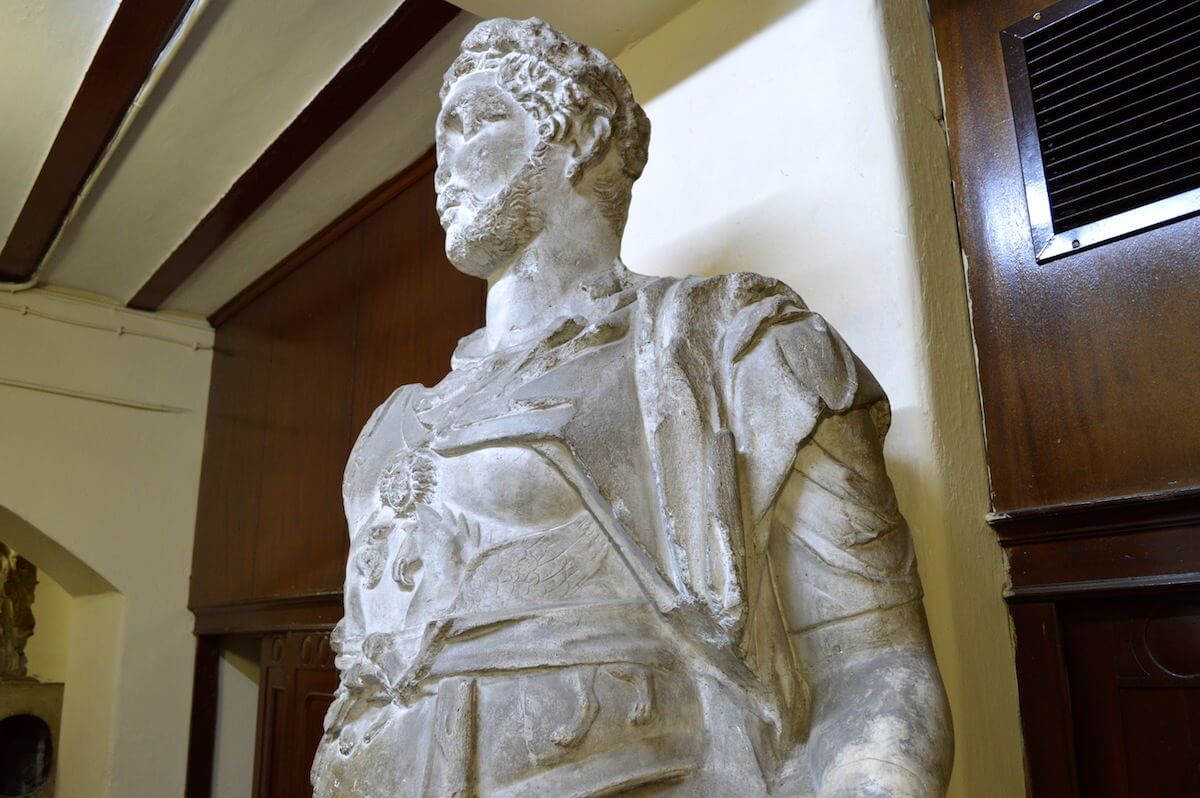 Museums and the Plunder of Art

Germany has a long story of archeologists who use sketchy laws and briberies in order to smuggle precious items out of developing countries. During my visit to the Pergamon Museum in Berlin I was totally shocked to see a COMPLETE Hellenistic temple (from modern-day Turkey), the Ishtar Gate of Babylon (from modern-day Iraq) and many other examples of big monuments that were shipped off to Germany.

However, when Germany tried to do the same during WWII and they began to steal art from other European countries, karma eventually got to them once the war was over. In the Russians, the Germans met their match.

Russia infamously looted Berlin at the end of WWII and now, it exhibits some of Germany’s looted relics at the Pushkin Museum of Fine Arts located at Moscow. If you ever visit it, please DO hire the audio-guide. Once you approach the exhibit of Priam’s Treasure (looted by the Germans from Troy, modern-day Turkey) , you shall hear a lengthy explanation of how many Russians died during the war and how this treasure is a compensation for the damage Germany has done to them. Funny how story goes, right?

But hey, shouldn’t said treasure be in the hands of Turkey instead of Germany and Russia? Funny that you ask… The ruins of Pergamon, Turkey

Egypt presents a very particular and unique case when it comes to the debate of cultural heritage. The reason for that is because the modern-day population of said countrie have little cultural and ethnic ties to the ancient civilizations that once inhabited it, so their right to the relics found within their borders could be easily disputed by the true heirs of said heritage:

In the case of Egypt, the original descendents of the ancient Egyptians were displaced by the Greeks and the Arabs into the south and now inhabit the country known as Sudan. Today, the modern Egyptians are Arabs who conquered the land and the only reason why they care about the heritage left by the Ancient Egyptians is simple: profit. 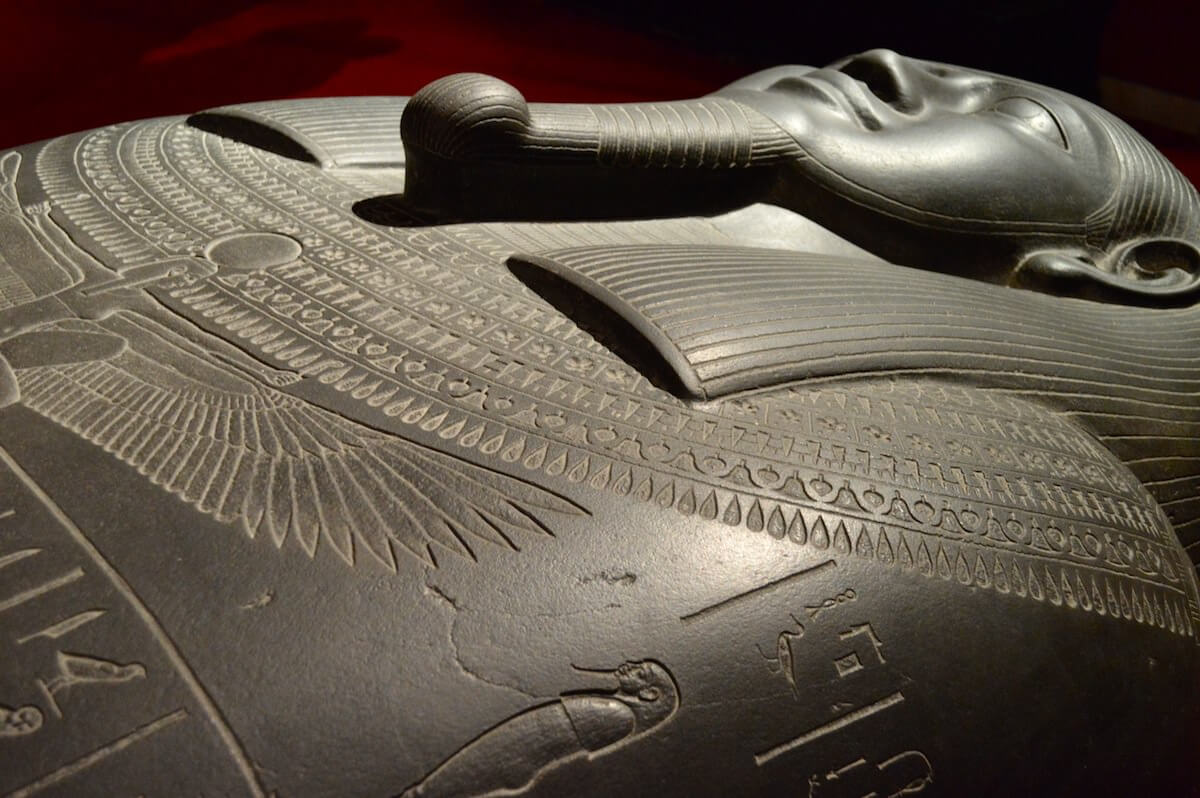 The same also applies on many countries in the Middle East that have lost the ties to the civilizations that once inhabited their lands, Iraq and the ancient Kingdom of Babylon being another example of how the civilization and culture is now lost and the relics of said times are treated with no respect whatsoever.

Although of course, it is the descendants of the people who made said relics are the ones that have the total right to claim them back and foreign museums have no right to hoard them. 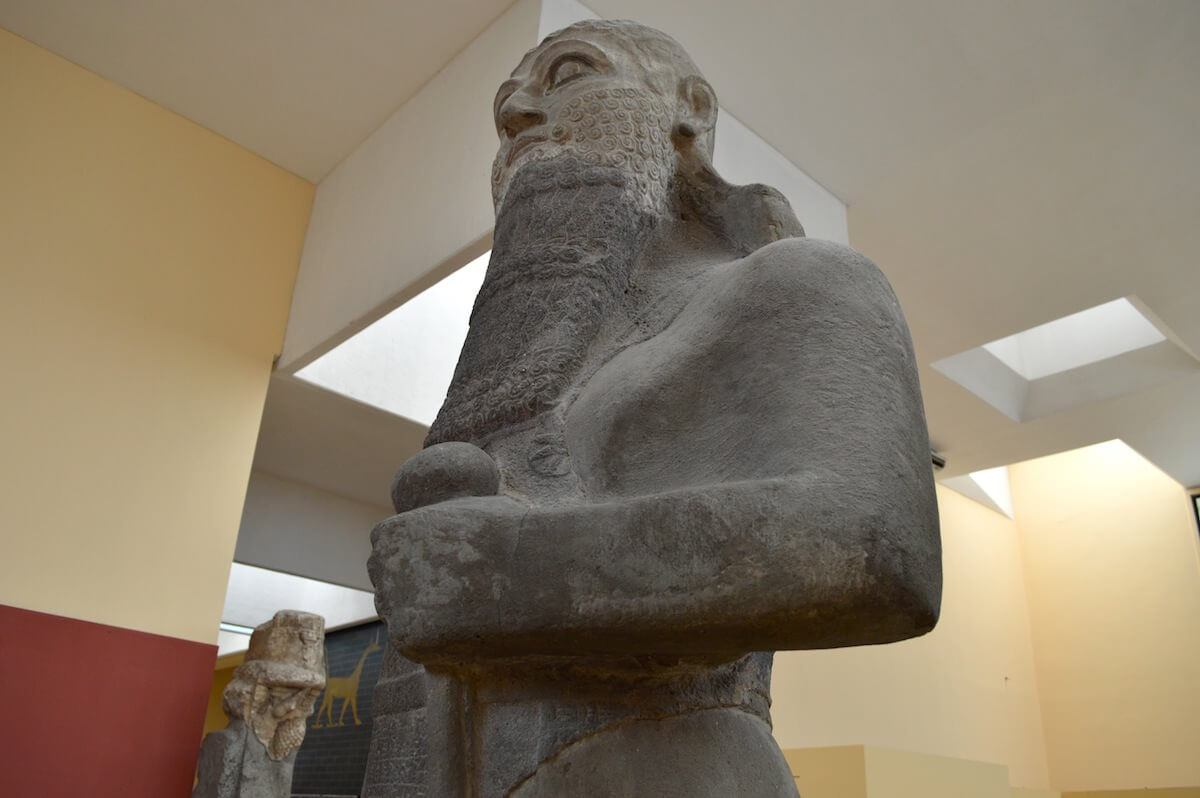 The extinct civilization of Babylon

But…once all the art is returned, Museums will be empty!

No, not at all. Well, maybe the British Museum will be empty (after all, only 10% of the collection actually comes from Great Britain) but certainly not all museums. The main excuse used by Museums to refuse returning art and relics is that these pieces of cultural heritage should be accessible to all the world and museums in developing countries are not only inaccessible but also not up to date.

This was the main argument as to why the British Museum denied all claims made by Greece when it came to the Elgin Marbles (friezes of the Parthenon of Athens obtained via an illegal agreement with the Ottoman Empire that ruled Greece during the time).

Now, after the inauguration of the top-notch Acropolis Museum in Athens, the British Museum has no argument now and yet, they still refuse to give them back. 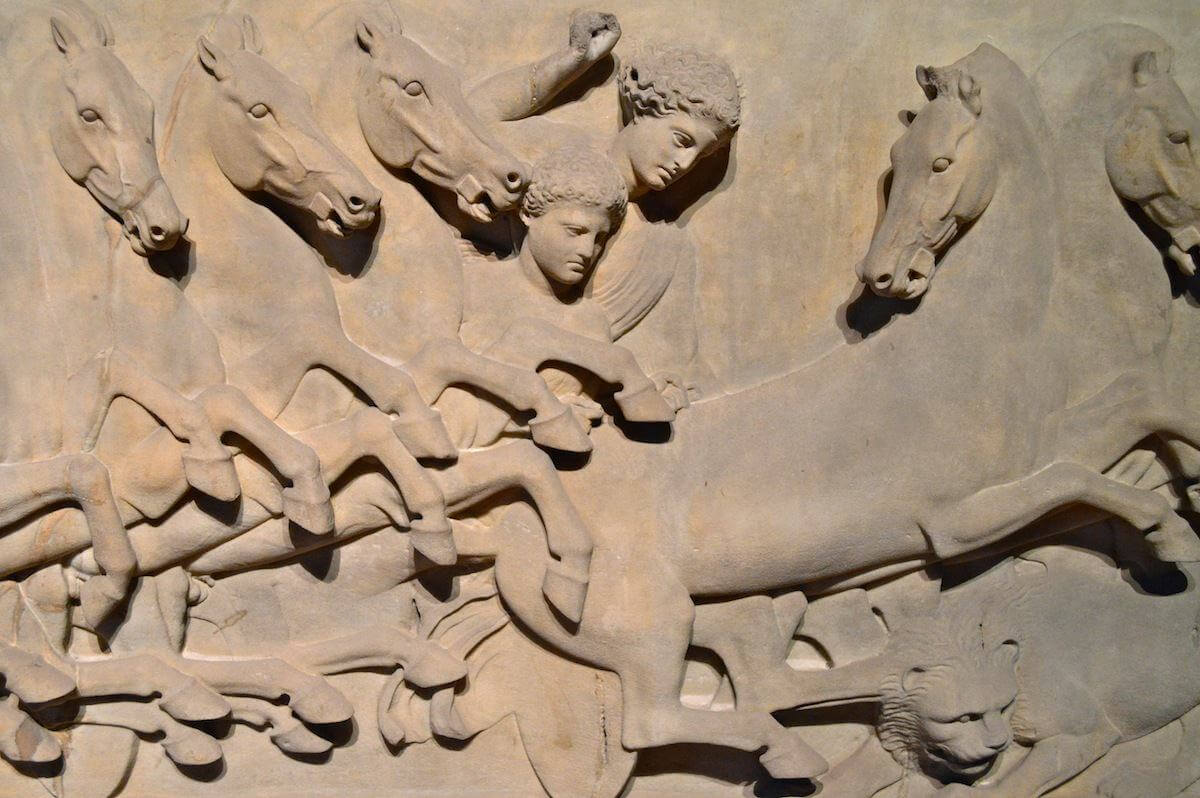 Friezes on a hellenistic coffin

Look, I get it: London is one of the most visited cities in the world and yes, in theory, people will visit the British Museum and get educated in the different cultures that exist, which will in turn encourage them to see the real deal and probably visit Greece. But in practice, think about the other side of the equation:

Do you really think that a British boy has more right to see the Elgin Marbles than a Greek boy? By allowing the British boy to see this cultural heritage, you are taking away said privilege from the Greek boy. To make matters worse, how about relics from countries that are actually required to get a visa in order to visit the UK? How is that fair for them?

Yes, without the intervention of archeologists, looters and the Museums, there is a chance that these relics might have been lost for good. And that’s why I applaud the Museums as the protectors of antiquity.

But does that gives them the right to own it? No, I don’t think so. Do you? 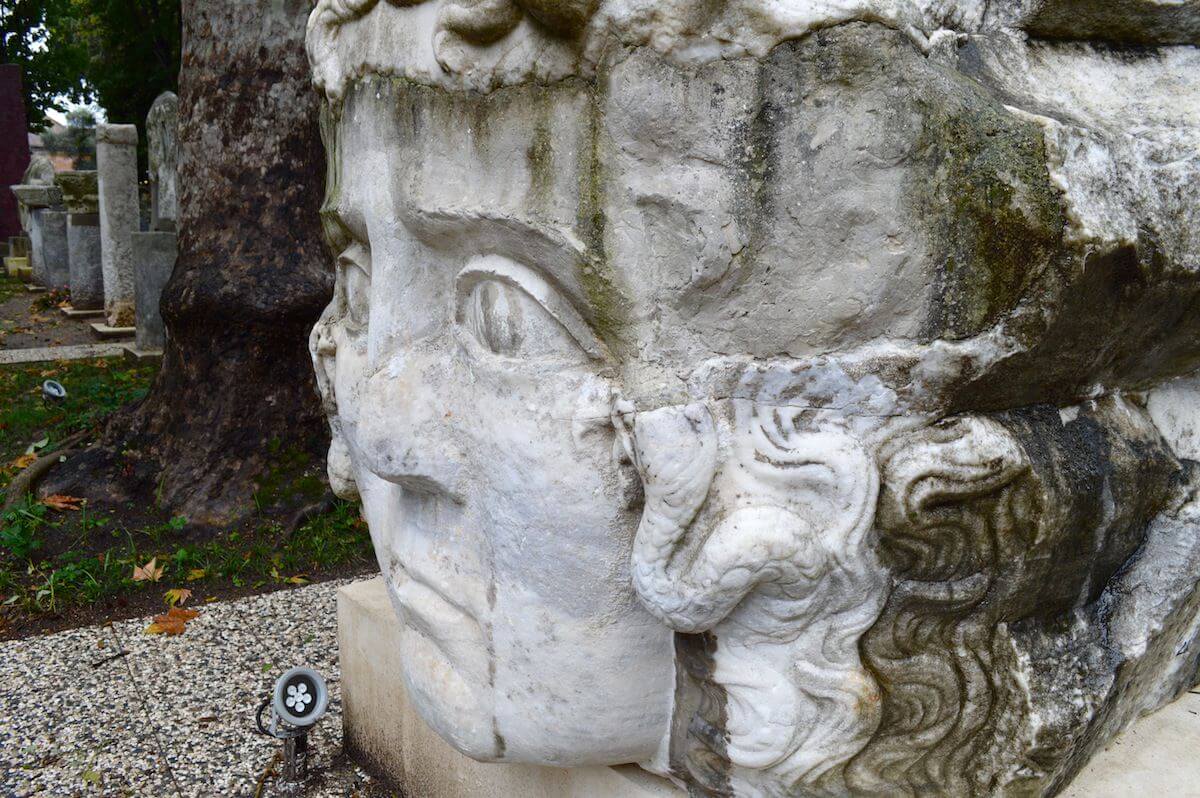