“Hey dude, why are you wearing that mask in public?” the blonde guy with dreadlocks asked me. “Why are you not?” I sarcastically replied. “You are in Venice after all”. “I’m a traveler not a tourist, bro. That’s not authentic travel!!!” he said, storming off in his elephant print trousers as he chugged his casual 10 am beer.

What is authentic travel? To me, all travel is authentic and anyone who thinks otherwise is just obsessed in a silly “us vs them” war between “tourists and travelers” (even though there is no difference at all).

But first, let’s step back and examine the origins of tourism in order to understand what created this division in the first place. 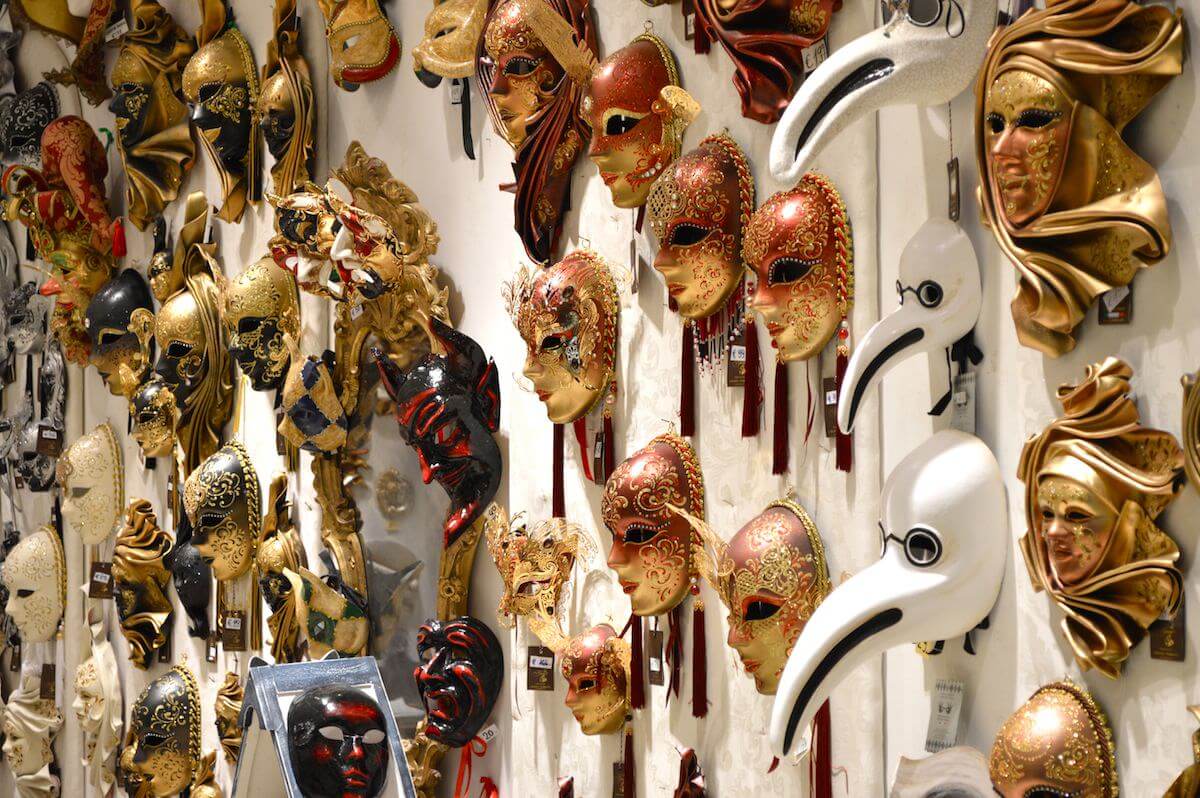 Are you going to be a mask on the wall or will you be your own person?

The origins of tourism: The Grand Tour of Europe

During the Renaissance, education was limited to the elites and even though there were many cultural hubs all around Europe, the spread of information was restricted by geographical boundaries so in order to educate their sons in the ways of the world (mainly religion, music, politics and art), wealthy parents sent their offspring on a Grand Tour of Europe so they could be molded into being better rulers.

That was the beginning of the Grand Tour, which lasted years and covered the major cultural cities of Europe such as Geneva, Venice, Rome, Florence, Naples and Paris. They were accompanied by a private tutor and servants to make the journey as pleasant as possible. Matt Gross of the NY Times described the Grand Tour as:

“Three hundred years ago, wealthy young Englishmen began taking a post-Oxbridge trek through France and Italy in search of art, culture and the roots of Western civilization. With nearly unlimited funds, aristocratic connections and months (or years) to roam, they commissioned paintings, perfected their language skills and mingled with the upper crust of the Continent.”

In a way, they were the world’s first luxury tourists.

This was probably “budget accommodation” in their minds

Two major changes made travel possible for everyone outside of the upper classes: Railways and steamships. Now, travel was an affordable experience for the middle-class who now could travel as much as the educated elites. And as budget airlines and credit card miles became common, more and more people from all backgrounds are now traveling and exploring the world, boosting local economies whenever they go.

However, something important has taken place in the last decades, which is a movement that started in the 60’s when young hippies decided to travel the ancient Silk Road on a extremely low budget by camping in the wild, hitchhiking with locals and living cheaply on the road. It was the birth of the backpacker.

As you can imagine, the two bands began to clash as the low budget travelers started to criticize the mindset and style of traveling of the luxury travelers and started to associate the word “tourist” with almost everything that the original tourists were not: Uneducated people with no understanding of the local culture. 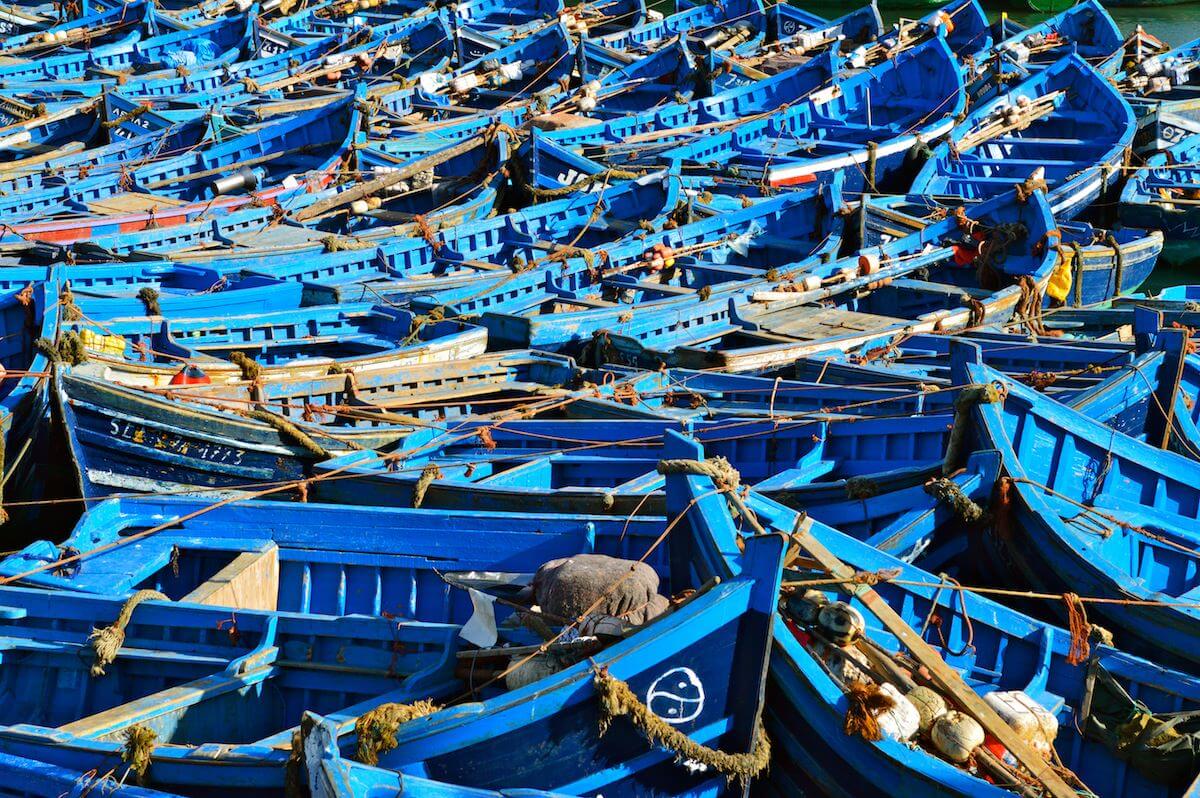 “Please be a traveler, not a tourist. Try new things, meet new people, and look beyond what’s right in front of you. Those are the keys to understanding this amazing world we live in.” Andrew Zimmern.

Am I the only who sees the nonsense of said phrase? All tourists travel and all travelers do tourism. It’s the whole essence of traveling and pointless divides of  “my travel style is better than yours. I’m a traveler not a tourist” is pure nonsense that only creates conflicts and separates people.

Sure, some of today’s luxury travelers might not share the education and the desire of understanding the local culture in the same way that their ancestors did during their Grand Tour (such as tours in Rome) but guess what? Some backpackers (self proclaimed as “Travelers not Tourists”) also known nothing about the places they visit and they spend their time getting drunk on a different city each night (and sometimes in broad daylight too) instead of immersing themselves in the culture of the place.

In fact, I’m fairly positive that the guy who made fun of me for wearing a mask in Venice probably knows nothing about the rich history and culture of the mask tradition in Venice and has never even tried to speak to a Venetian about what it means to be a Venetian. But hey, to each his own and I’m in no way criticizing his lack of culture since he is free to travel in whichever way he sees fit. 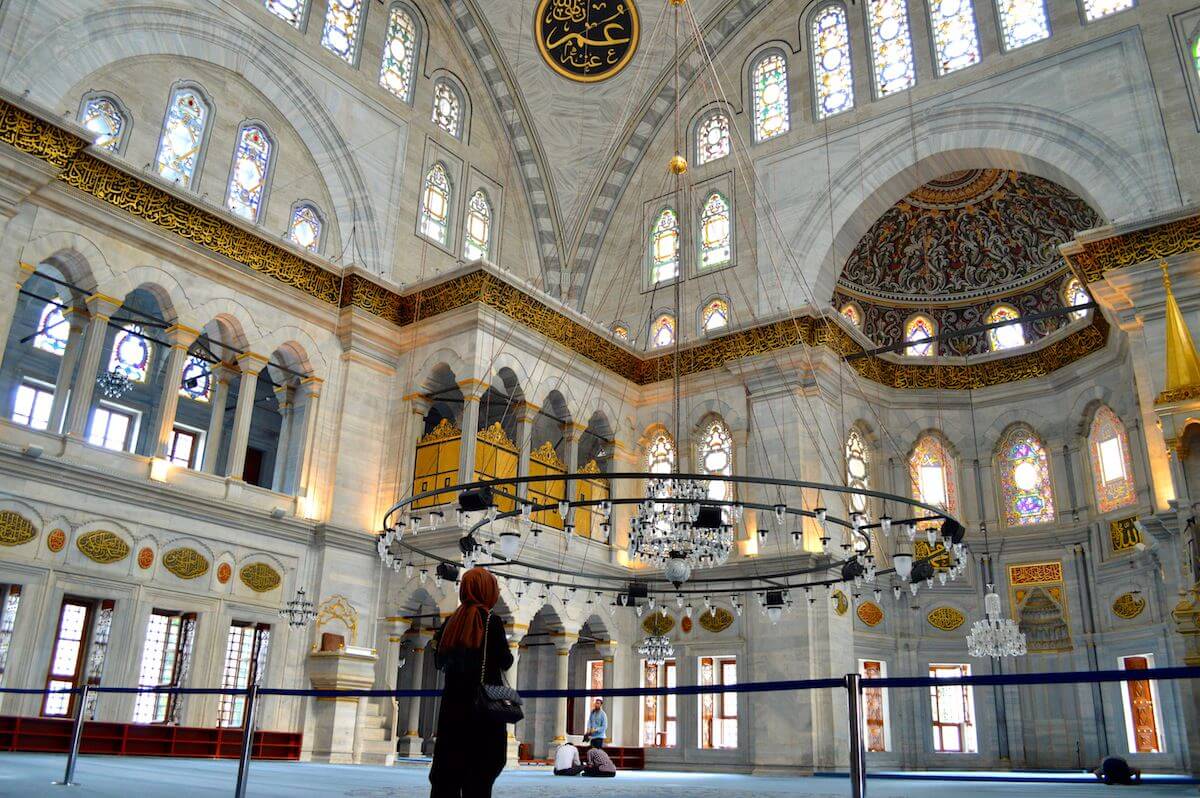 The captivating Islamic art of Istanbul

Why it’s perfectly alright to be a tourist

Just because someone stays in a hostel instead of a resort, travels with a backpack instead of a suitcase and eats 1 USD meals instead of 100 USD meals means that he is a better person. And the opposite is also true.

Yes, I’m fully aware that this world is filled with annoying people and that yes, some of them (mainly from organized tours but not necessarily) decide to travel and carry their bad habits with them such as being rude to locals who don’t speak their language and simply disrespecting local norms such as entering a sacred temple with shorts and a fanny-pack. But hey, that person made the effort of going out of their comfort zone in order to travel and see the world. And that is something worth respecting in my opinion.

In the end, I would say that all tourists are travelers and all travelers are tourists. Anyone who thinks otherwise probably has a inferiority/superiority complex and wants to lift themselves up by dragging the other group down. Me? I’m a Value Traveler, which is the thin line between luxury and budget. I’m as comfortable sleeping in a tent in the wilderness than sleeping in a resort with unlimited cocktails.

I’m also slightly insane and I love taking selfies with exotic hats and costumes which explains why I chose to wear mask outside of Carnival season even though nobody else was doing that. I simply don’t care about what others think of me and I don’t like wasting my time judging other people for the way they travel (as long as it is responsible tourism).

In the end, just enjoy life and please, stop that tourist vs. traveler nonsense. You’re all better than that ;) 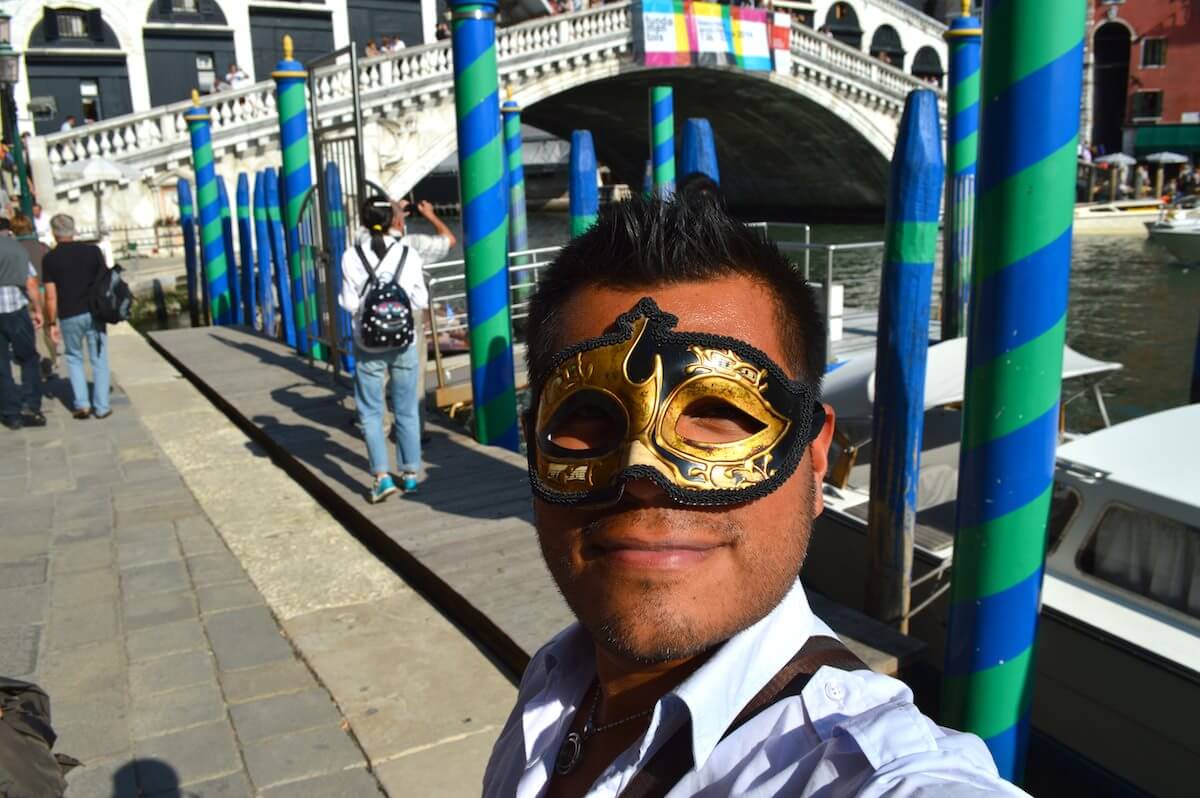 Because there’s nothing wrong with behaving like a tourist :)