Have you watched Mel Gibson’s Braveheart? How about any Simpsons episode that focuses on Groundskeeper Willie?

If you have then you are probably wondering why Scottish males wear what seems to be a skirt with tartan patterns. The answer to that question is that such garment of clothing is NOT a skirt (say that word to a Scottish male wearing one and you’ll get punched in the face, trust me) but rather a Kilt, a product of the amazing Gaelic heritage that the modern-day Scots are very proud of.

While the media always distorts the truth, there are some times where they (surprisingly) get their facts right. Here is a brief lists of myths and facts about the Kilt. 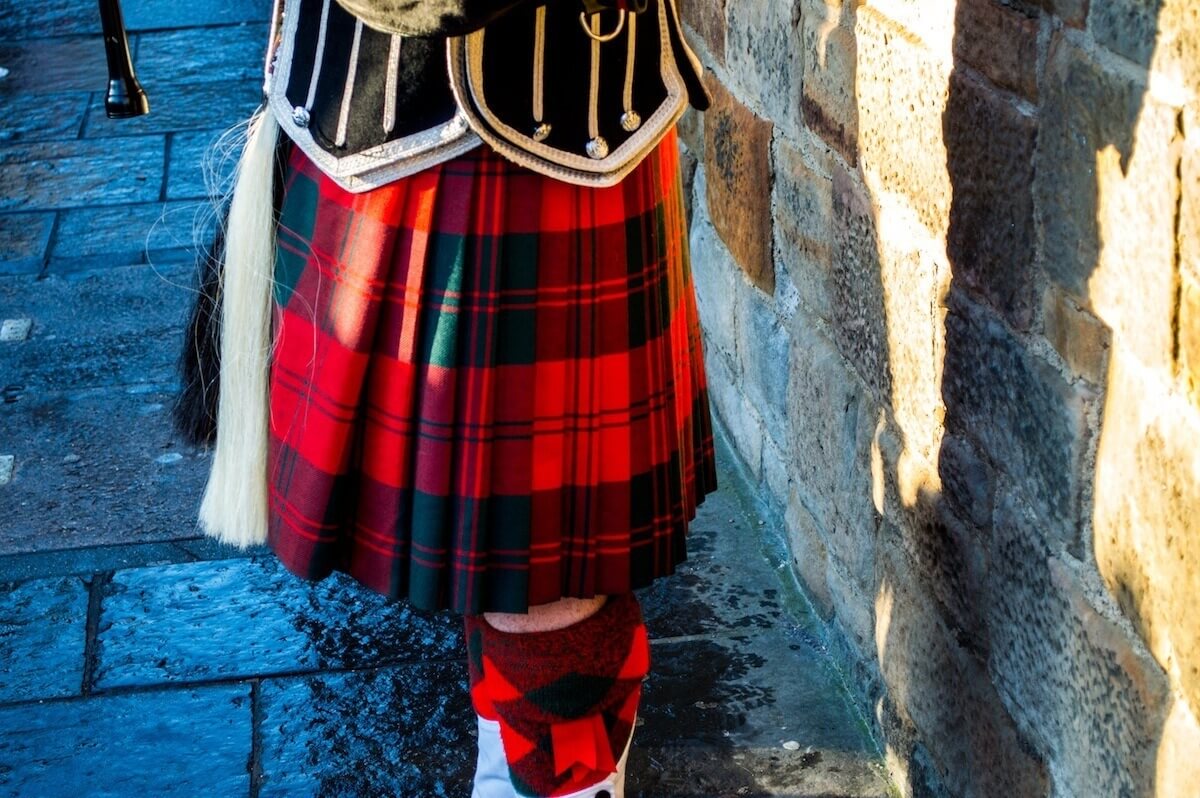 Myths and facts about the Kilt

Myth: Kilts have been a part of Scottish Culture since Forever!

No, they haven’t. Kilts are a fairly recent invention dating back to the 16th Century. For reference, Braveheart takes place in the 13th Century. That’s right, the movie’s costume department got it completely wrong by more than 300 years! It is basically the equivalent of having Confederate Soldiers wearing green-camo uniforms and night-vision goggles in a film about the American Civil War! Shocking, isn’t it?

Nevertheless, it soon became a symbol of Scotland and it is proudly worn by some of its most important celebrities such as Sir Sean Connery. Who knew that kilts would look so manly?

Myth: Scottish males are not wearing anything underneath their Kilt!

Remember Sharon Stones’ leg-crossing interrogation scene in Basic Instinct? Imagine that with Groundskeeper Willie wearing a Kilt and you’ll get nightmares that will last a lifetime!

While the phrase “True Scotsman” refers to those men who wear nothing underneath their Kilts, this practice is not the norm and it is extremely impractical to do so during the cold winter months!!!

Nevertheless, this has become an inside joke among Scottish and tourists alike so don’t be surprised to hear giggles from groups of ladies as they wonder if that tall handsome Scottish gentleman is a “True Scotsman” or not! 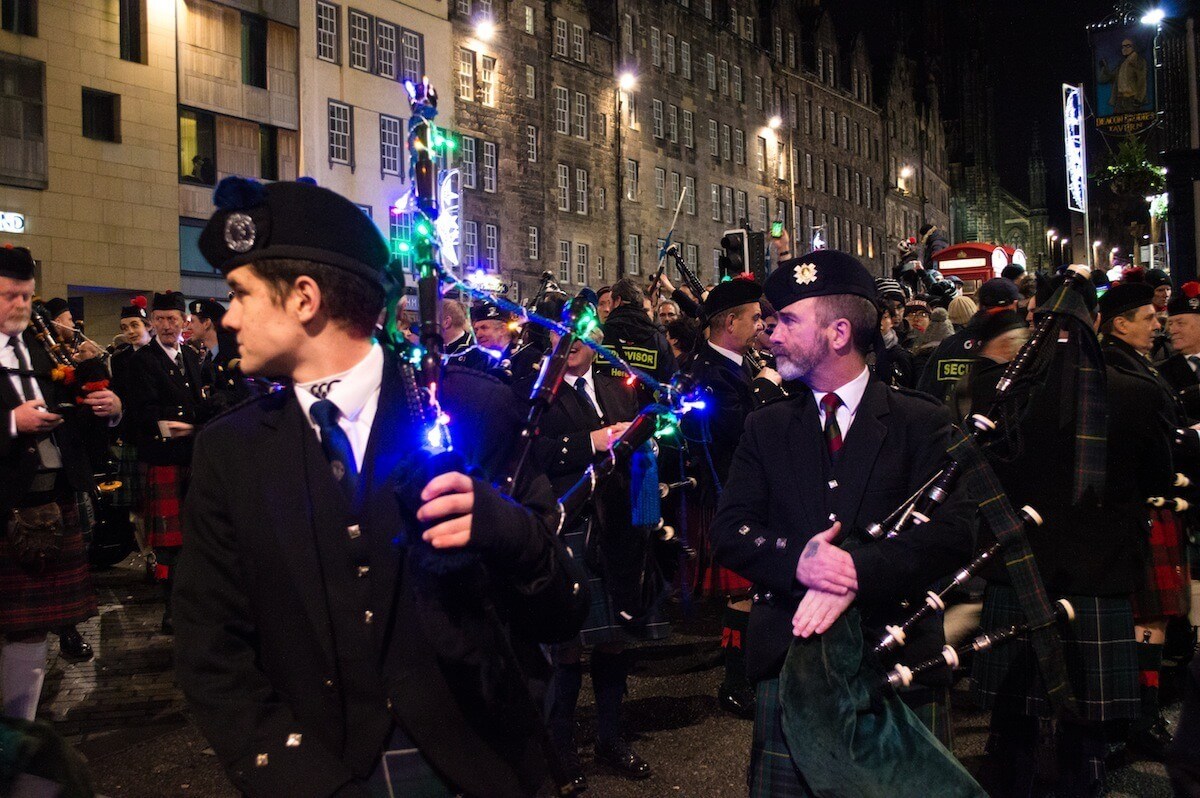 Fact: Anyone can wear a Kilt. Yes, anyone!

While some people believe that the Kilts are only to be used by the Royal Guards and the Bagpipe players, the truth is that anyone can buy a Kilt and wear it openly without any hassle at all! It is actually becoming a very fashionable item for formal occasions such as graduations and weddings.

And while I did not see any clueless tourists wearing a Kilt in the streets of Scotland, I would like to assume that Scottish people would be understanding of the tourists’ interest in their culture and won’t be seeing it as a sort of cultural appropriation.

In fact, I got many compliments for my bravery when I wore a kilt in the cold Scottish winter. And speaking about winter, have you heard of the Viking Festival in Shetland? I wonder what Thor would think about wearing a kilt!

Myth: In Scotland it is impossible to distinguish male toilets from female ones.

Oh boy, I still remember that Simpsons episode where Homer was confused trying to find the males toilet! Truth is, Scotland follows every other single country by branding the doors in a non-confusing way.

After many visits to Glasgow and Edinburgh, the only time I found a toilet sign with a man wearing a kilt was at the newly opened Hard Rock Cafe at Glasgow.

And yes, it was meant to be an inside joke. I hope. 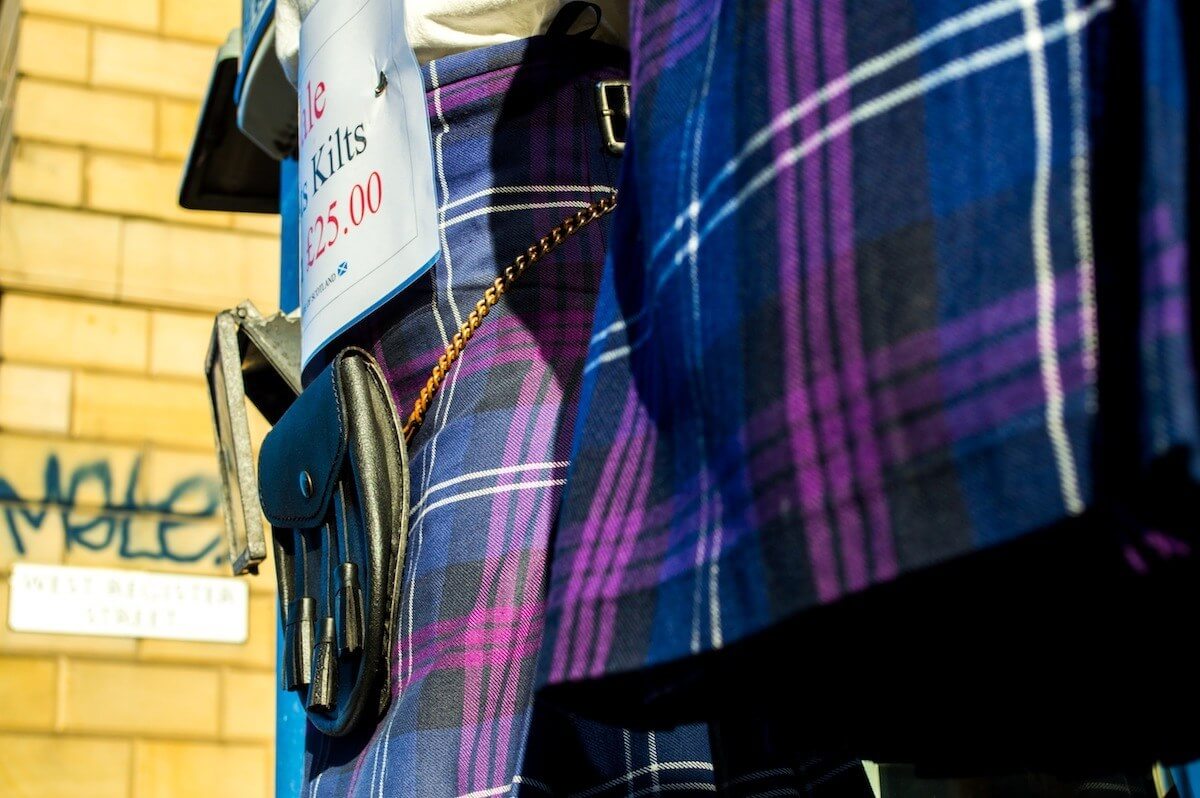 Party kilts being sold at Edinburgh

When I told my Scottish friends that I would be buying a Kilt they laughed and told me “No, you’re not!”. Not only because wearing it in public with her would probably bring a lot of attention to us (after all, my red-brown Latin skin immediately gives away the fact that I’m not Scottish at all!) but also because the prices are over the roof!!!

A good quality wool kilt can set you back 400 pounds, which is like 600 USD! And you have to add the fact that you have to buy all the accessories as well, from the high-knee socks to the sporran (those funny bags made of horsehair and leather).

In total, you can expect to pay about 600 pounds for the complete ensemble, which is as expensive as a premium quality tailor-made suit.

So, feeling depressed I did the next best thing I could…yes, you guessed it! I have to confess that I ended up buying a 30 pounds sports-kilt. Yes, it is tacky and yes, I’m still very proud of it to this day. It’s not about the money, it’s about the fun :D 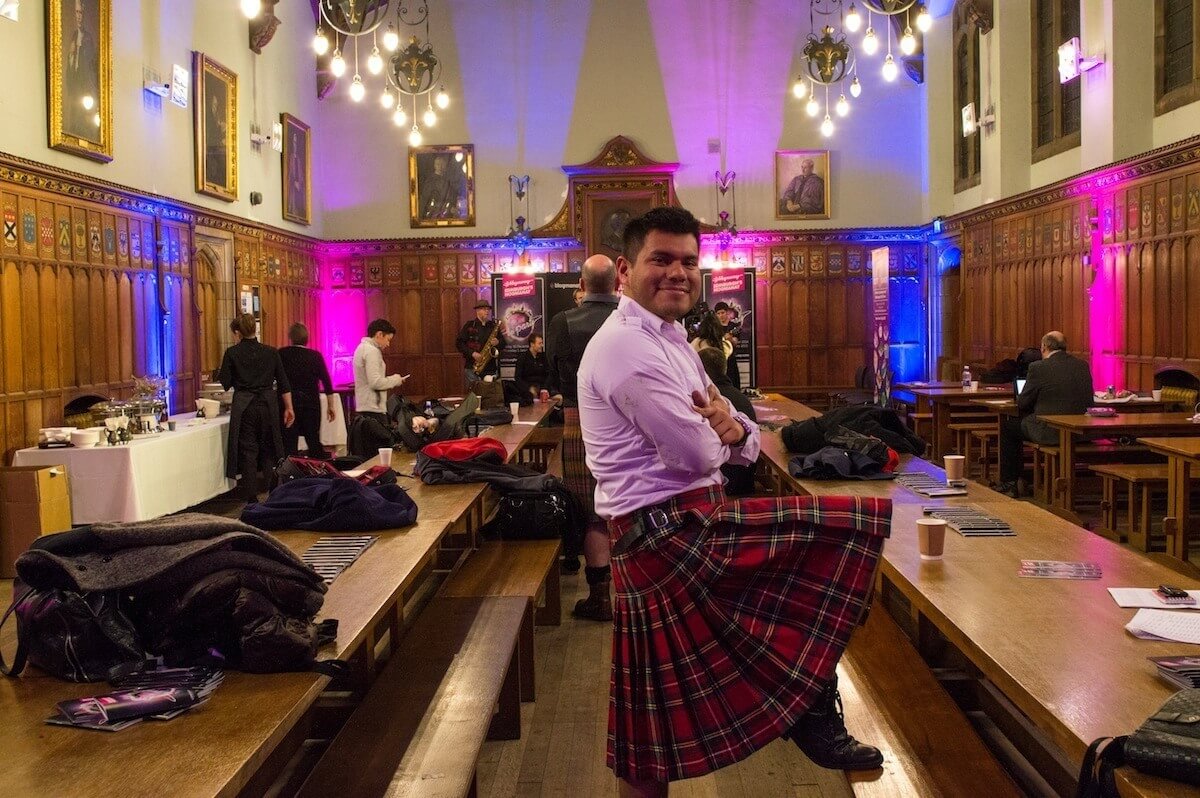 Have you ever worn a Kilt? Would you like to find a True Scotsman? Share your thoughts and let us know!!!

Disclaimer: #blogmanay is brought to you by Edinburgh’s Hogmanay and is supported by ETAG, EventScotland, VisitScotland, Homecoming Scotland and co-creators Haggis Adventures. Created and produced by Unique Events. As always, all opinions expressed here are entirely my own.