The Magical Monasteries of Meteora

A few hours north of Athens, you will find a place like no other in the world: Meteora.

Have you ever imagined building a house on the top of a mountain? Well, here in Meteora you will find many of them.

These monasteries were built by Greek Orthodox Monks in the 14th in order to escape the religious persecution of the then-ruling Ottoman Empire who ended up abolishing the Byzantine Empire and conquered parts of Greece. 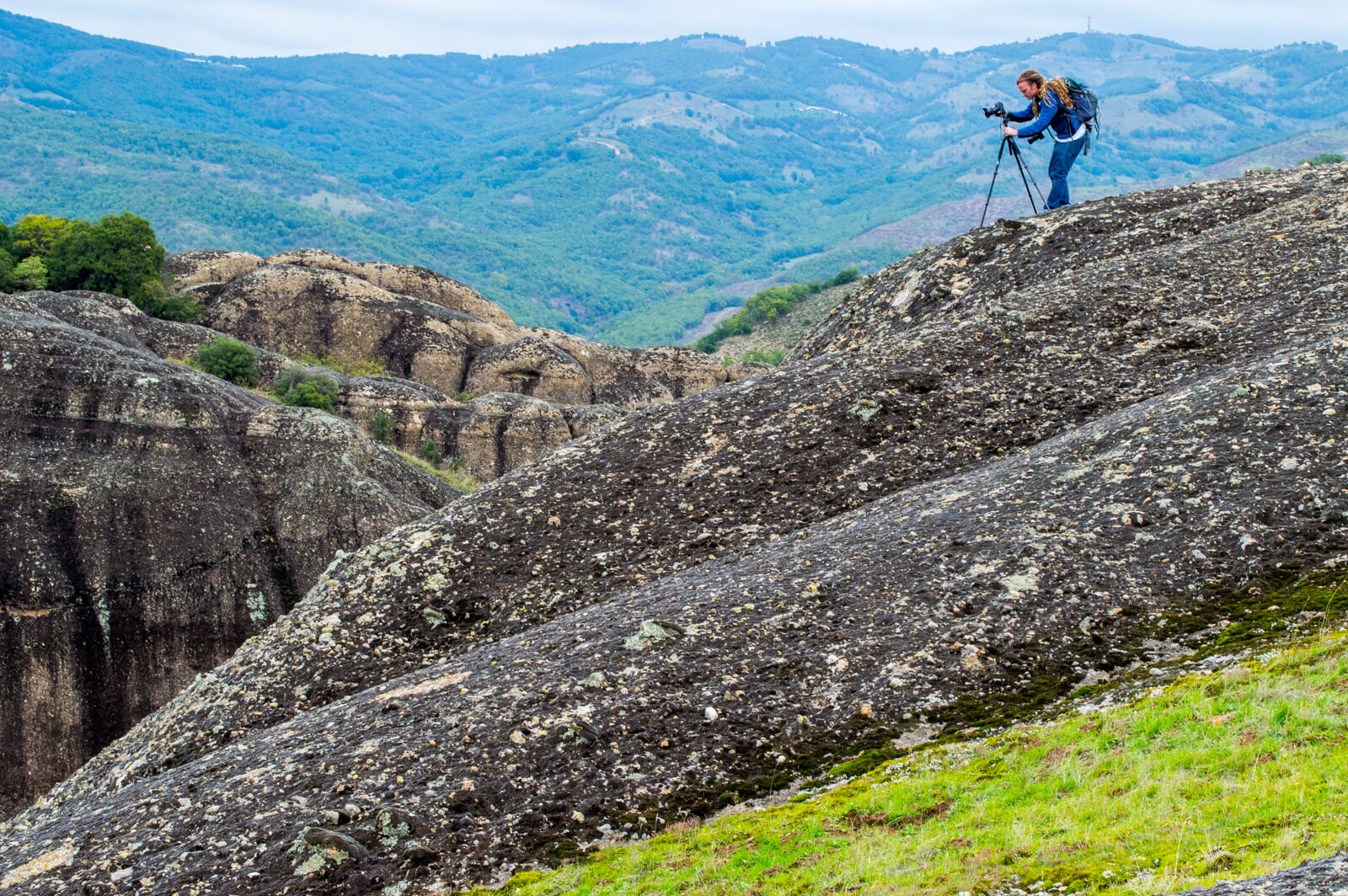 Photographing the culture and nature of Meteora

Naturally, the top of the limestone cliffs of Meteora, Greece became the perfect place to hide in plain sight in order to defend their own faith. Today, the monasteries are a living proof of the many wonders that mankind can accomplish with the right motivation and perseverance.

This is the story of the Magical Monasteries of Meteora and its impact on the local economy of the people that inhabit the area. Are you ready to embark on this new Journey of Wonders with me? 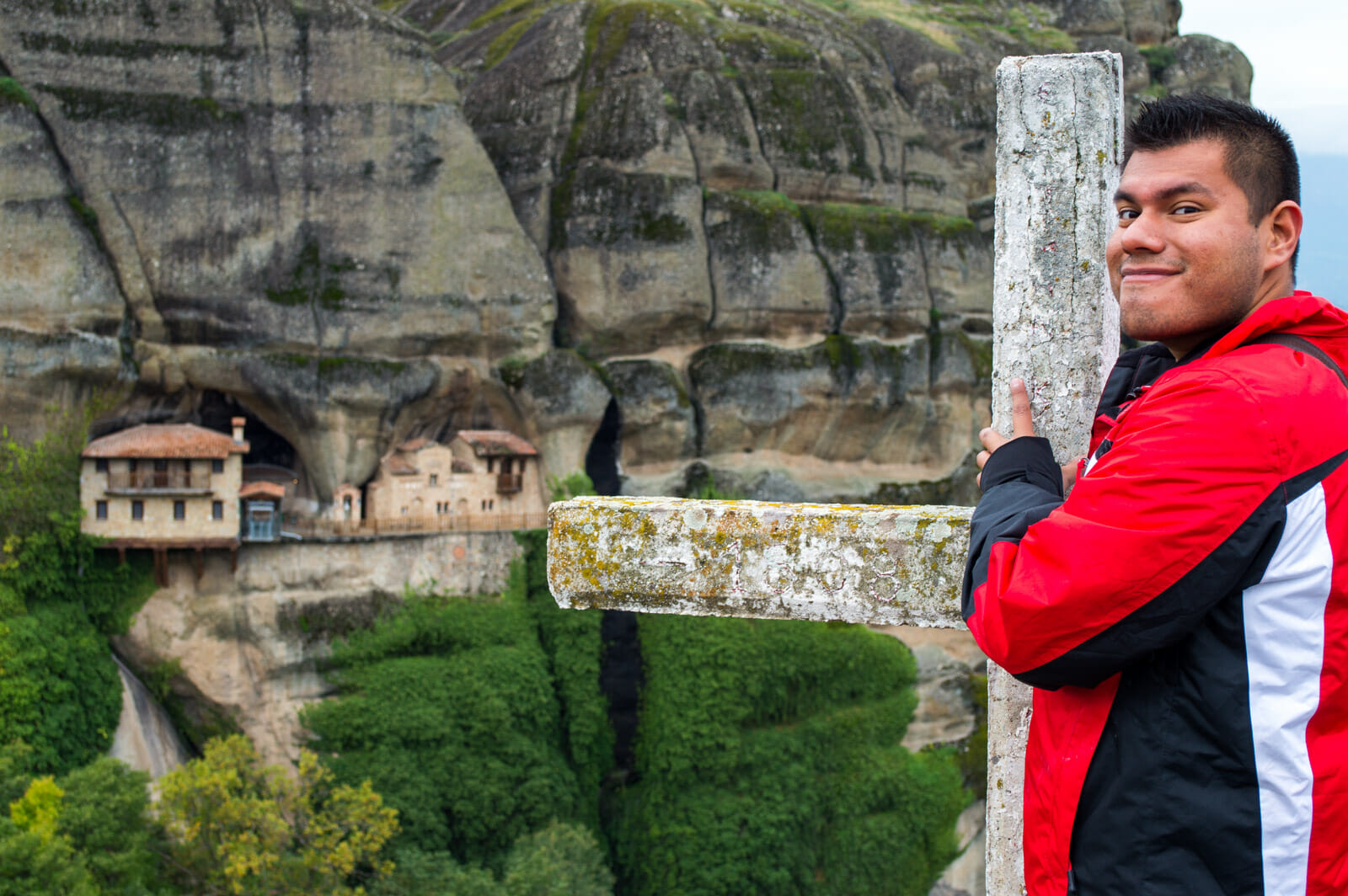 Exporing Meteoria despite the cold temperatures

Meteora: Seriously, what were the monks thinking?

Meteora is the name of the region where the monasteries are located. Its name in Greek means “in the middle of the sky” and the modern astronomy word “Meteorite” is derived from it. The unique geology of Meteora is often compared to the one of Cappadocia in Turkey (more on that later) but the two couldn’t be more different even if they tried.

Instead of building religious sites inside caves, the monks of Meteora built them on top of the cliffs, risking their lives in the process by performing leaps of faith from one safety net to the other. It is not known how many monks died during the construction process but I guess we can all assume that the number was not a low one. 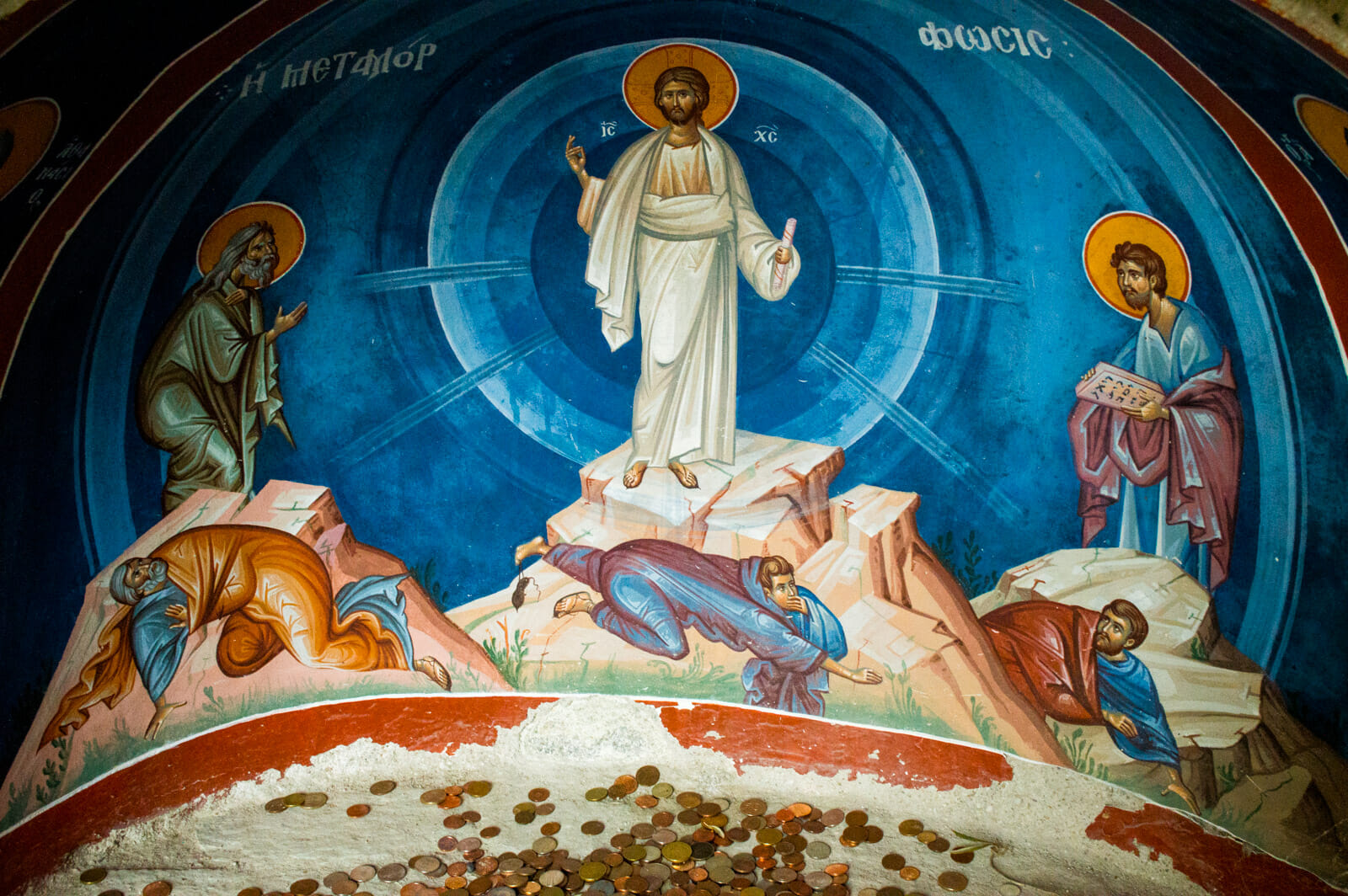 Inside the Monasteries of Meteora

20 monasteries were built in total of which only 6 remain to this day, all of them with incredible artwork, gardens and frescoes. Unfortunately, photography is restricted in certain areas which is why you’ll only see here photographs of the exterior of the monasteries plus a few outdoor frescoes.

You know, before coming to Meteora, I always wondered how did the monks managed to create such perfection above the clouds. After visiting Meteora? I still have the same question: How did they do it? Seriously! 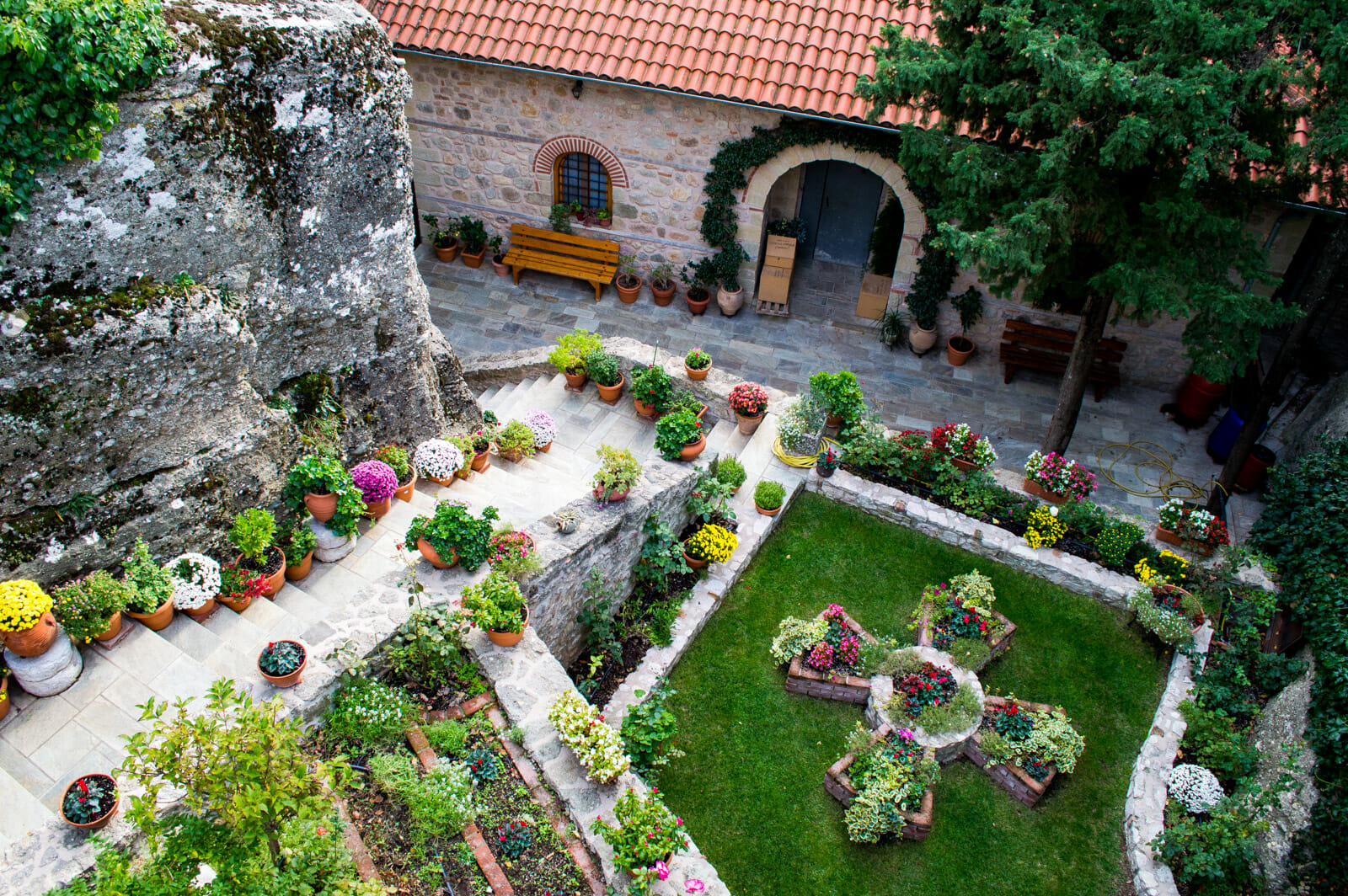 The gardens of the magical monasteries of Meteora

The reason why you probably haven’t heard about Meteora

“Whoa Raphael, those photos look stunning!!!! How come I didn’t know about it before?” you’re probably wondering. The reason? Despite the fact that the unique landscape of Meteora is a top-notch location for any sort of film, there is one small little problem: The monks control access to the region and they don’t like filmakers making movies here.

The last time a big Hollywood production took place here was in the 80’s for the James Bond movie “For Your Eyes Only” after which the monks became discouraged by the materialism, sexuality and violence of said productions. Ever since, they have denied access to big productions, which have ended up hurting the local economy.

If you’re a big fan of A Game of Thrones, you probably remember the Vale scene in Season 1 where Tyrion gets captured and almost falls down from his cell to the ground. The landscape? Inspired by Meteora but not the real Meteora since the monks didn’t grant permission.

Can you imagine how much money and incoming tourism would Meteora had if the monks had chosen to grant permission for filming A Game of Thrones here? 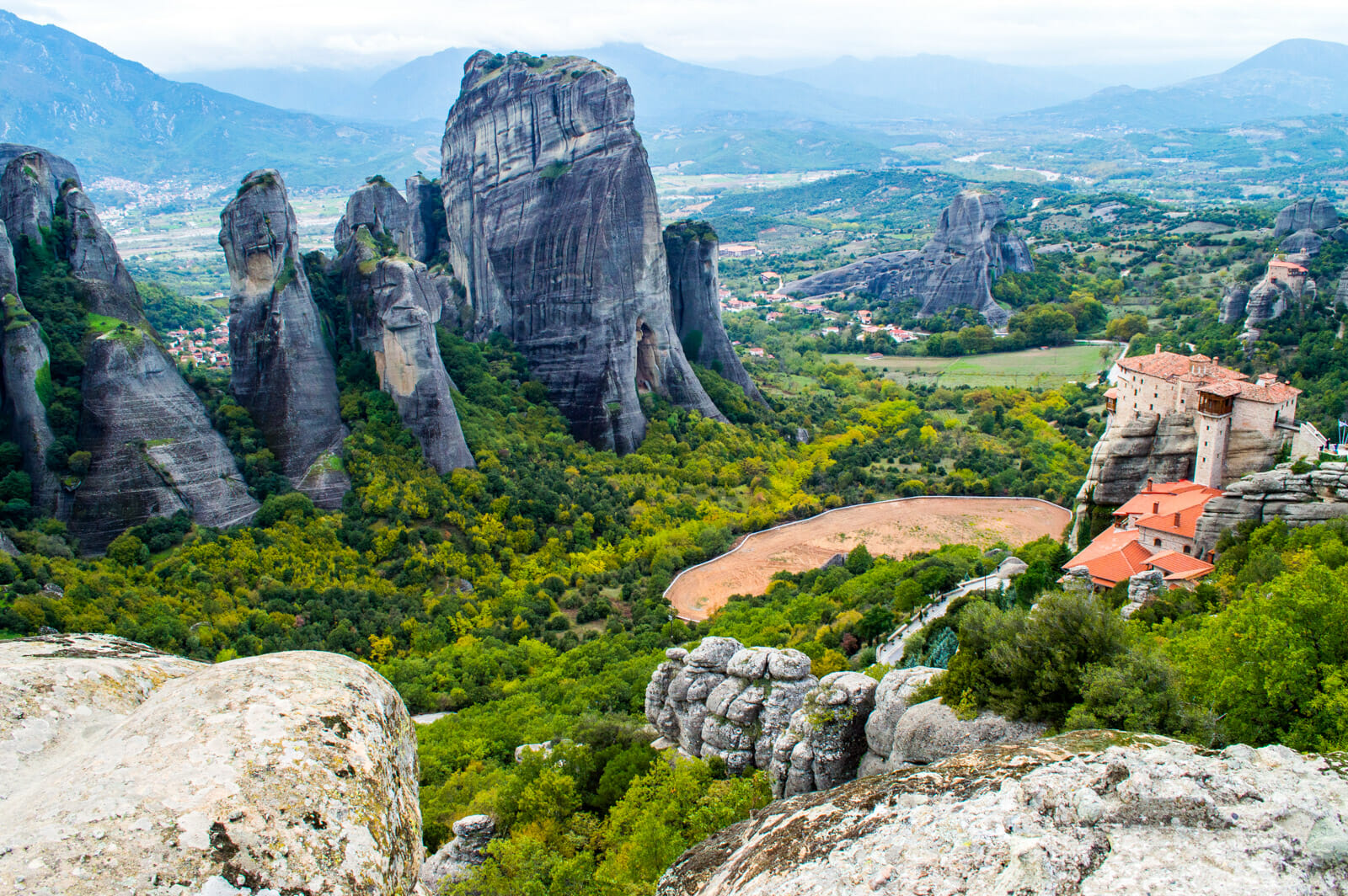 The breath taking landscapes of Meteora

In the end, Meteora has two big obstacles when it comes to becoming a top-notch tourist destination similar to Cappadocia (its closest equivalent in the eyes of travelers). One is a problem of recognition since not many people know about it (which I hope will change after they read this awesome article).

The second? People treat Meteora as a daytrip and normally end up spending only one night here since the area is fairly small and there are not as many activities to do other than trekking and exploring the monasteries. You see, all activities that might involve in a potential disrespect of religion are banned in Meteora by the monks.

That means no hot air ballon rides, no paragliding, no skydiving and no helicopter rides which are all expensive once in a lifetime activities that would greatly improve the economy of the locals because in the end, that’s all that should matter when it comes to making a decision: How will this improve the local economy? 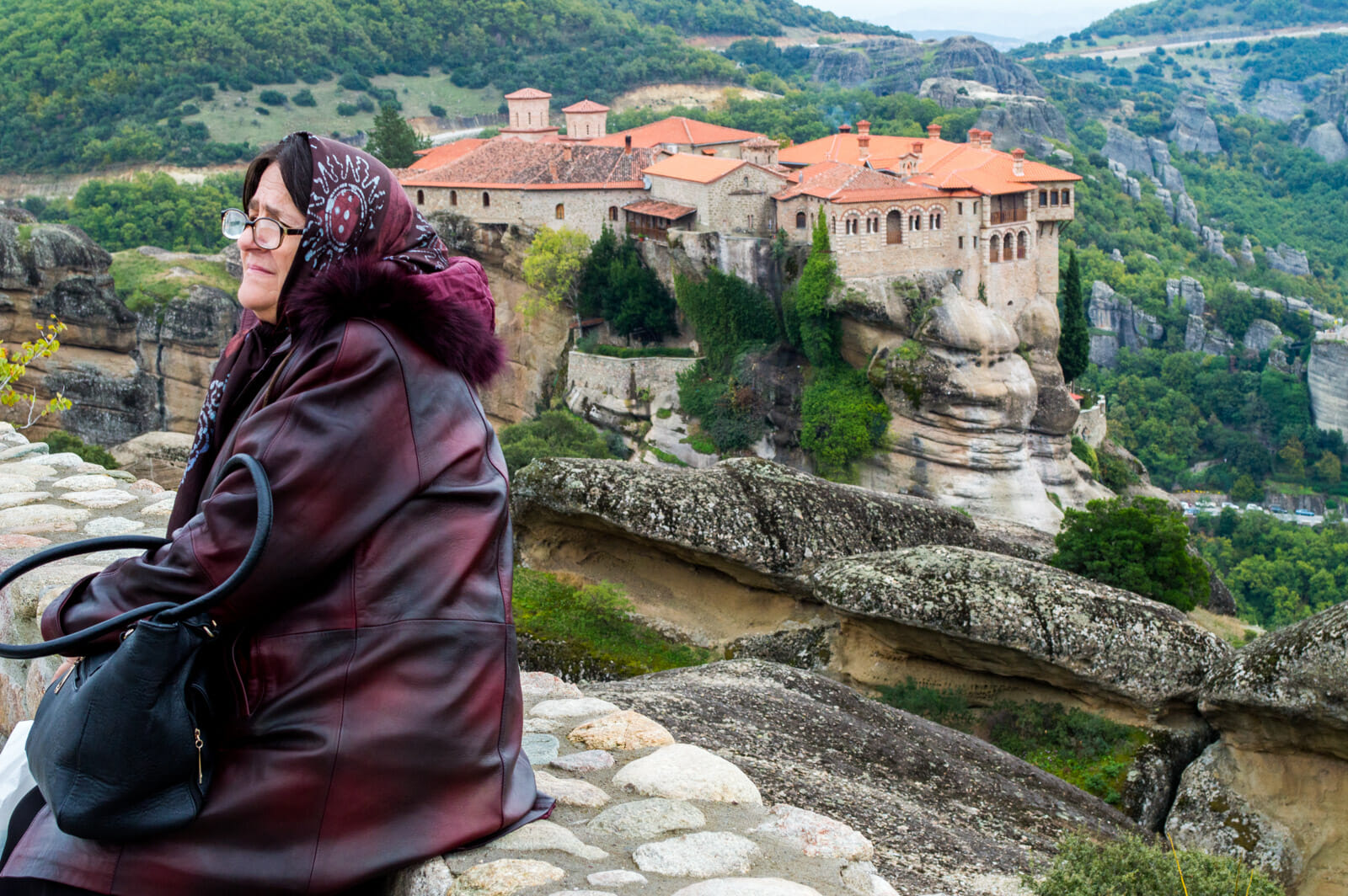 Practical information about Meteora: How to get there

From Athens you can take a train or a bus to reach the town of Kalambaka (5 hours) and use it as your base of operations for exploring the region. Trekking Meteora on your own is a possibility if you have plenty of time to spare since some of the monasteries are located quite far from the main town.

Alternatively, you can do as I did and go with Visit Meteora, a tour company run by locals and who can share amazing stories about the region with you.

They offer many different half-day tours to the Monasteries and to the natural landscapes that make Meteora one of the most incredible places to visit on this Earth. 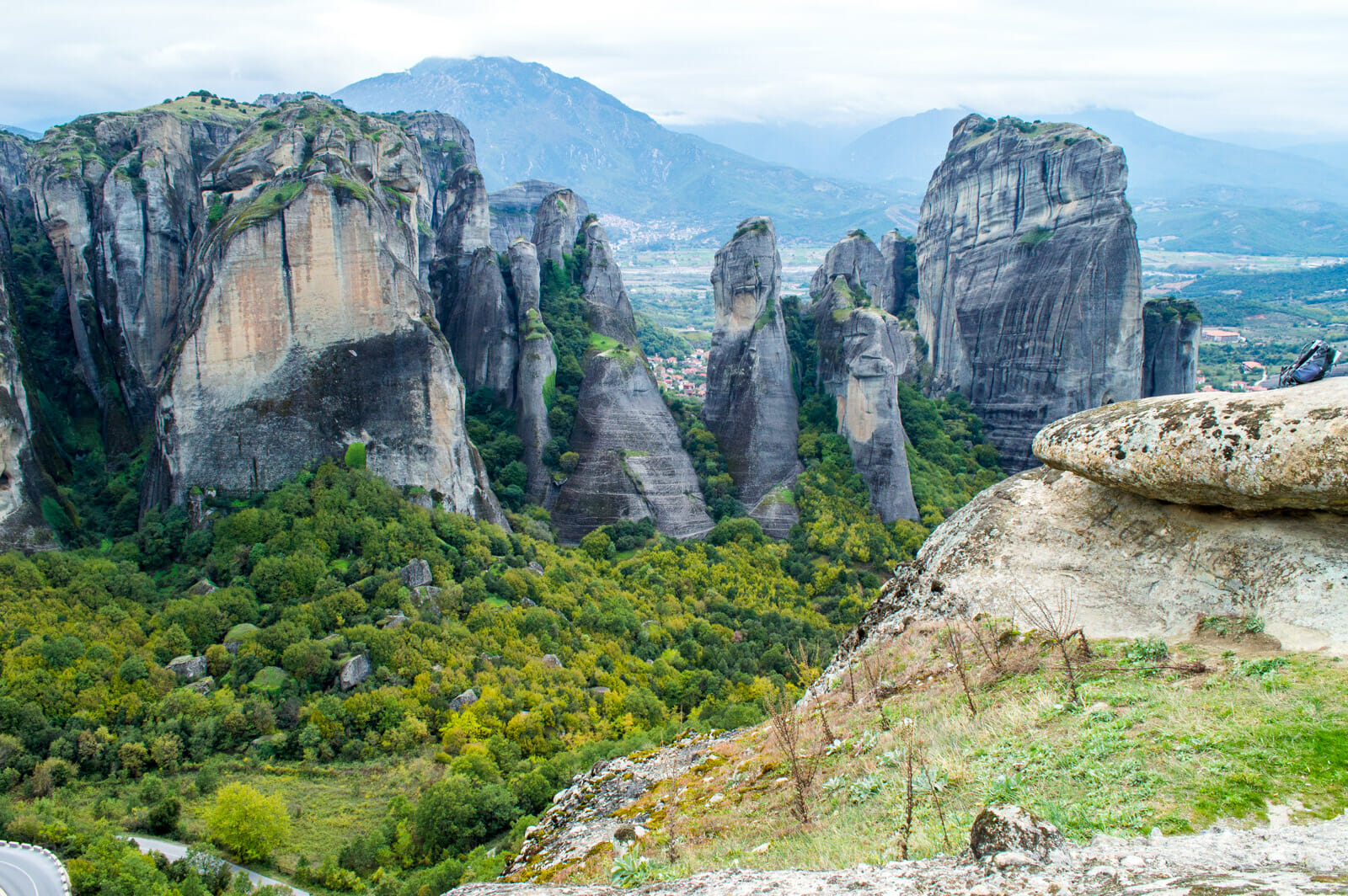 The landscapes of Meteora

Have you ever been to Meteora? Would you like to? What do you think about the dilemma of the monks and the local population? Share your thoughts and let me know what you think!!!

Disclaimer: I was invited by Visit Meteora to explore the region with them in order to bring you this incredible tale about the Magical Monasteries of Meteora. All opinions are my own. 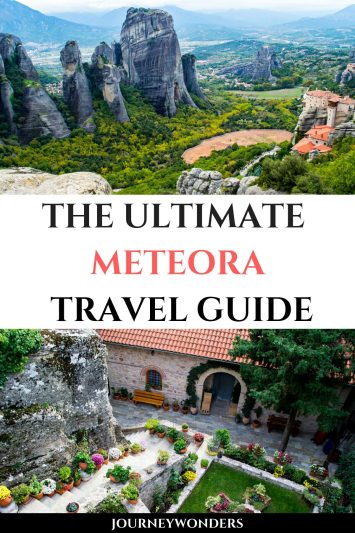