Have you ever felt as if somebody was watching you from above? For Cariocas (word used to describe the inhabitants of Rio de Janeiro, Brazil) this must be a scary feeling as the giant statue (30 meters!) of Christ the Redeemer watches them from atop Corcovado (hunchback in Portuguese) Mountain every single day.

While this statue is fairly new compared (1928-1931) to the rest of the other competitors of the New 7 Wonders of the World contest, it was one of the seven winners. I have to admit my surprise when I heard the result, since, being honest, I could actually think of at least five other contenders who deserved such spot.

However, it is my policy to avoid all kinds of prejudices when it comes to places that I haven’t been to yet and so, in April 2013, I embarked in my journey to visit the Redeemer without any high expectations about what to find up there.

Boy, was I wrong. 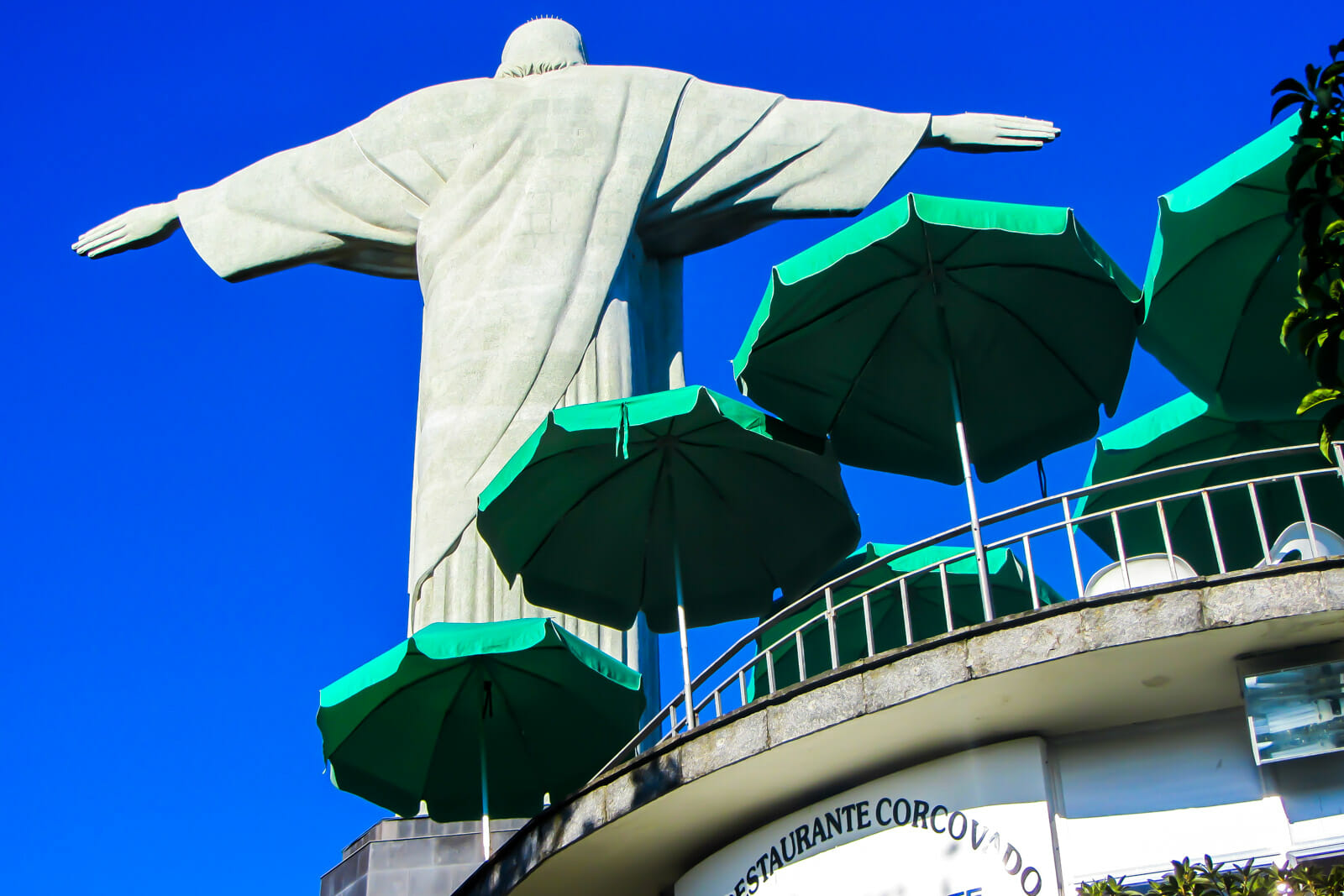 How to get to Christ the Redeemer in Rio

Rio de Janeiro is easily connected with practically all the world via daily flights to practically anywhere. From the airport to your hotel/hostel there are many different ways of arriving but taking an official airport taxi is always the safest bet in a city like Rio.

Coming from a crime-ridden country like Mexico, I am already used to all kinds of petty crimes, however, it was in Rio that I first heard shocking stories about two fellow travelers who were beaten up and robbed as soon as they left the hostel, something that has not happened to anyone I know in any other city. Be careful.

Security aside, there are three ways to reach the Redeemer once you are at the base of the Rua Cosme Velho, which you can access by taking either a bus or a taxi. Once you are there, the three main vehicles of transportation are van, tram or foot.

The foot trail takes about one hour and I’ve heard that it is very scenic, however, it passes through one of Rio’s favelas (check out my visit to one of Rio’s most infamous favelas), which is why almost no-one ever attempts it since armed robberies are known to have happened to many travelers that hike their way to Christ and I would personally go against doing it. The second alternative is to take a shared van to the top, they charge you one-way since the return trip is free to all travelers alike. 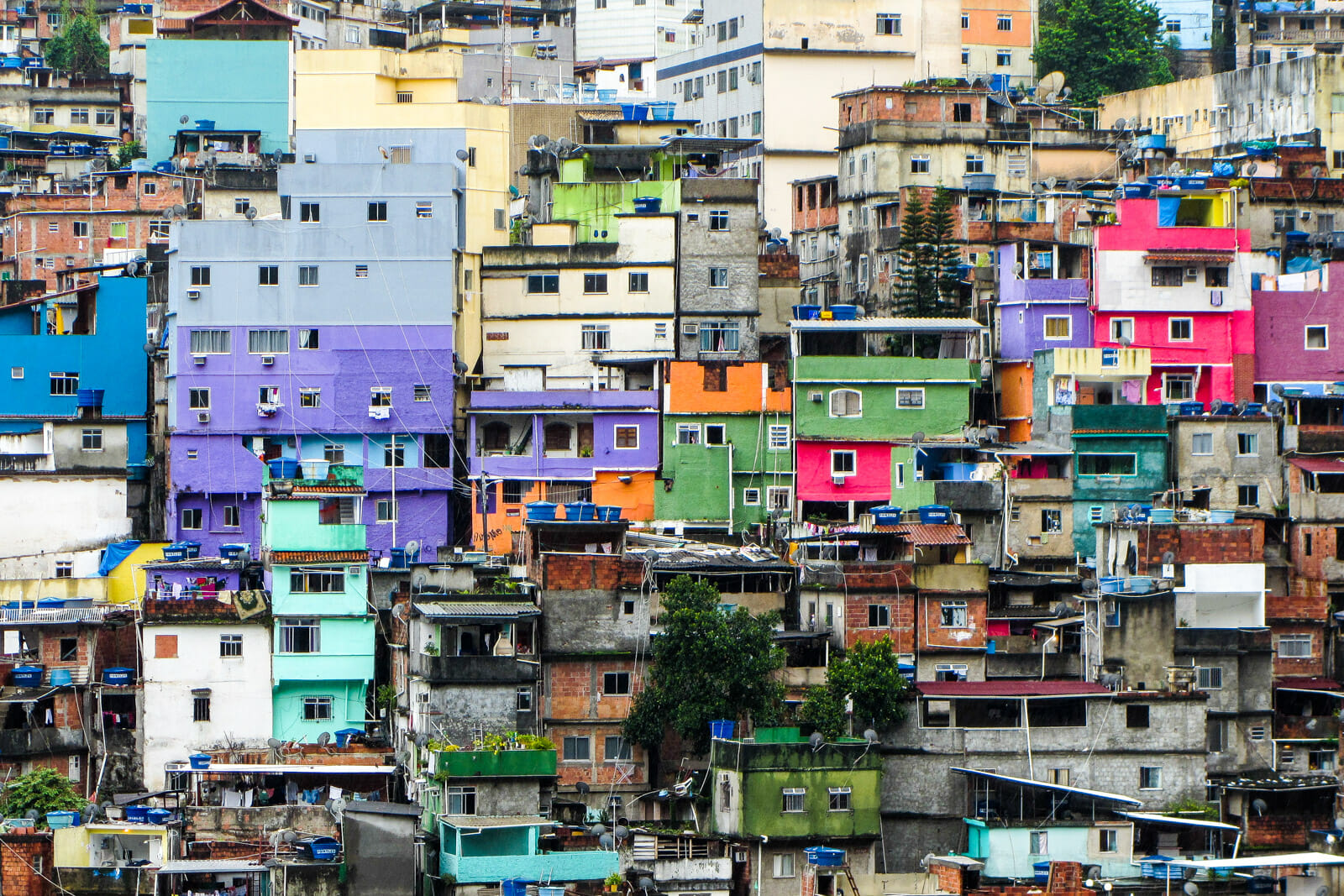 The colorful Rocinha Favela of Rio

The third, and my favorite option by far, is the tram, its cost is 46 reais (Updated: October 2013) and includes the entrance ticket to the area containing the Christ the Redeemer statue. Do note that in high-season, the waiting time could be as long as two hours, which is why most people decide to take the shared van instead. Private taxis and guided tours are a waste in this particular location, do not do them.

While the majority of guides suggest you to go early in the morning to avoid the crowds, I would go against it and here’s why: The clouds. Rio is a city prone to having lots and lots and clouds, that is both and advantage and a disadvantage.

Clouds protect you from the intense heat when you go to one of Rio’s amazing beaches and yet, if you want to go to either Sugar Loaf or Corcovado mountain, clouds will ruin your chances of taking breath-taking pictures of Rio from above. So, I suggest you wait and, around 14:00 or 15:00 take a good look at Corcovado from any place in the city, if you can see the Christ statue, then go. Otherwise, save it for another day. It would be a real shame to be one of the first people in the day and not being able to actually see anything. 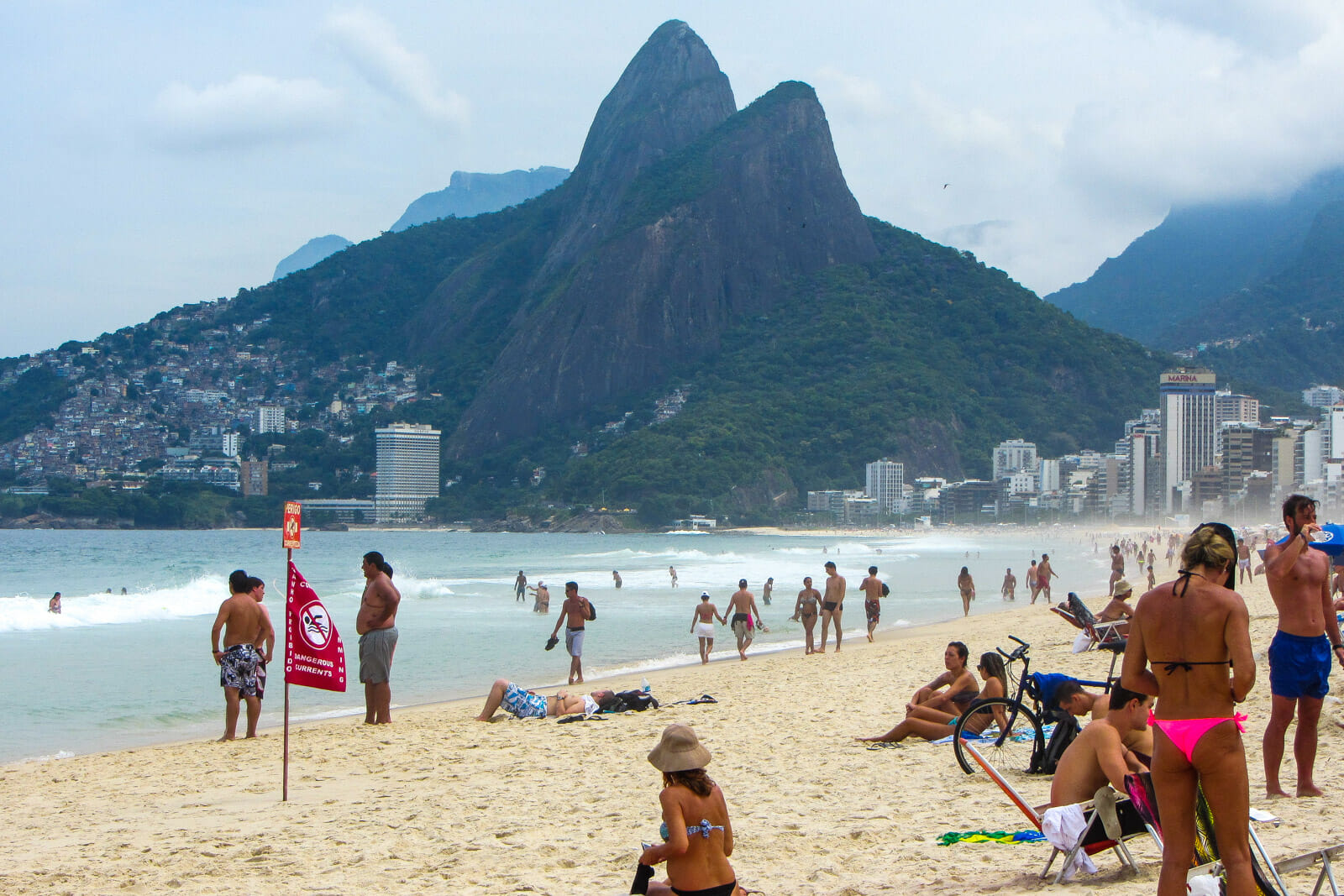 Christ the Redeemer: Wonder of the World. Maybe?

Granted, this impressive 30 meter Art-Deco soapstone statue of Christ never really excited me in pictures and yet, seeing it up close in person really strikes a vibe in me. Being raised as a Christian, I suppose I should feel something and yet, unlike the huge Buddha statues in Asia, this particular monument doesn’t really resound in the minds of Christian followers, instead, people just climb it for the magnificent views it has of the city. Was this the intended purpose of the statue when the Catholic Circle of Rio proposed it way back in 1920? I surely doubt it.

And yet, I can totally understand why this statue qualified as one of the new wonders of the world, since the view that Corcovado mountain offers is quite remarkable with the help of a clear sky. I would so far as to say that the real wonder is not the statue but rather the view from this place, from which you can be a witness of the marvelous city of Rio de Janeiro, it really makes you wonder at what the Portuguese explorers of the Age of Discoveries thought of when they first hiked here.

It looks like they embarked on a Journey of Wonders, indeed. 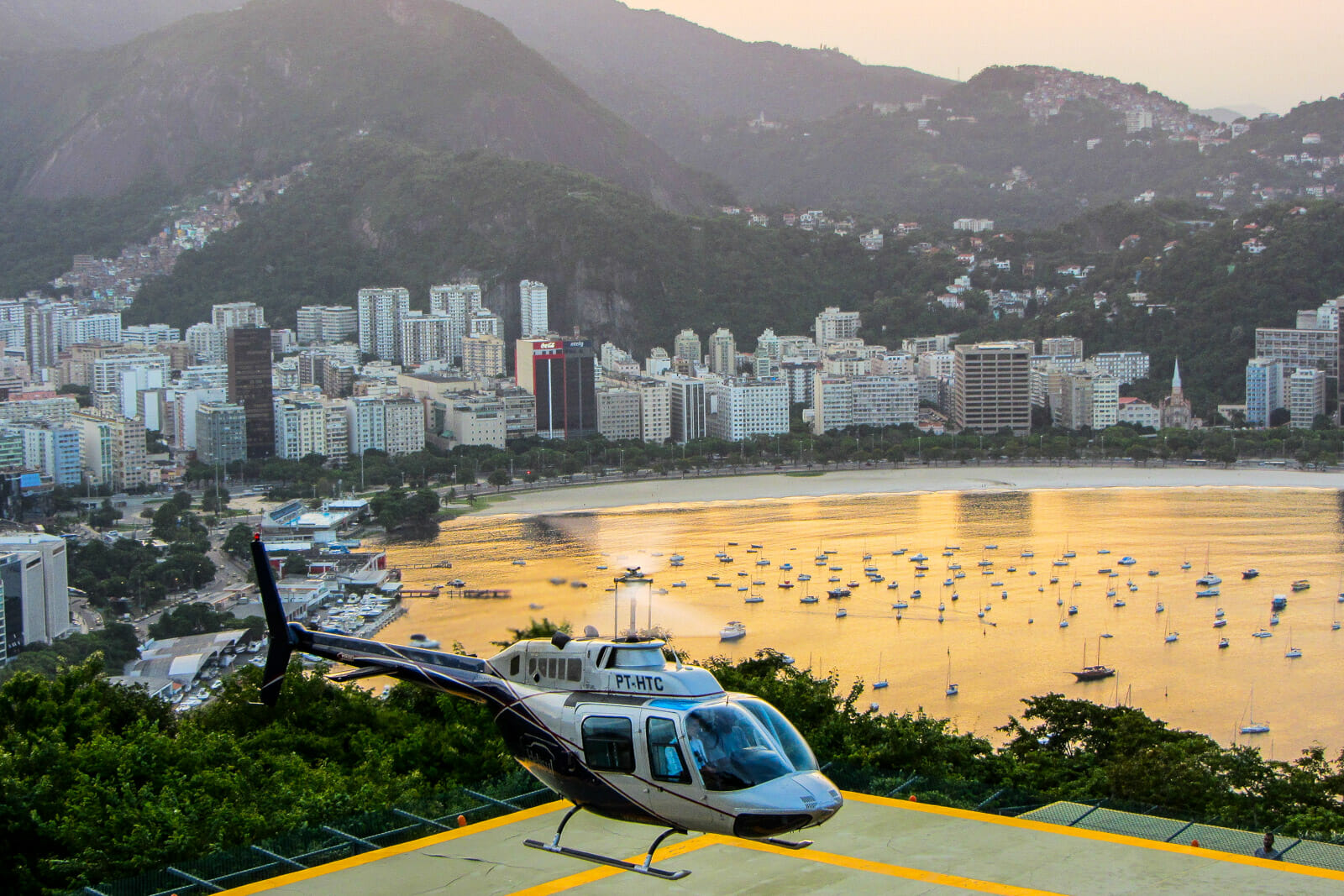 Is Christ the Redeemer worth the hype?

As a side note, it should be noted that on top of the mountain, you can also find restaurants, little stores that sell water & snacks, souvenir shops, toilets and a little chapel located at the back of the statue.

In theory, one hour is enough for all the pictures that you want to take (and most tour guides seem to think that way as they rush their groups), however, I would really advice you to wait after the sunset, not only to see the city in a different light but also to see how the statue turns purple during nighttime.

Can you imagine how bizarre it would be to see a purple giant Christ statue? If you wait a few more hours, you won’t have to!

Finally, I should add that while seeing the statue from up close did nothing for me, seeing it from afar really convinced me about its status as a wonder of the world.

Two days after visiting the Redeemer, I was up in Sugar Loaf Mountain, trying to take some pictures of the marmosets (monkey-like cute animals) that inhabit it before departing for Florianopolis the next day and well, what I saw up there truly changed my mind about the Redeemer. It was a very cloudy day and as the sun was about to set, well…

Let’s just say that the picture below speaks for itself. 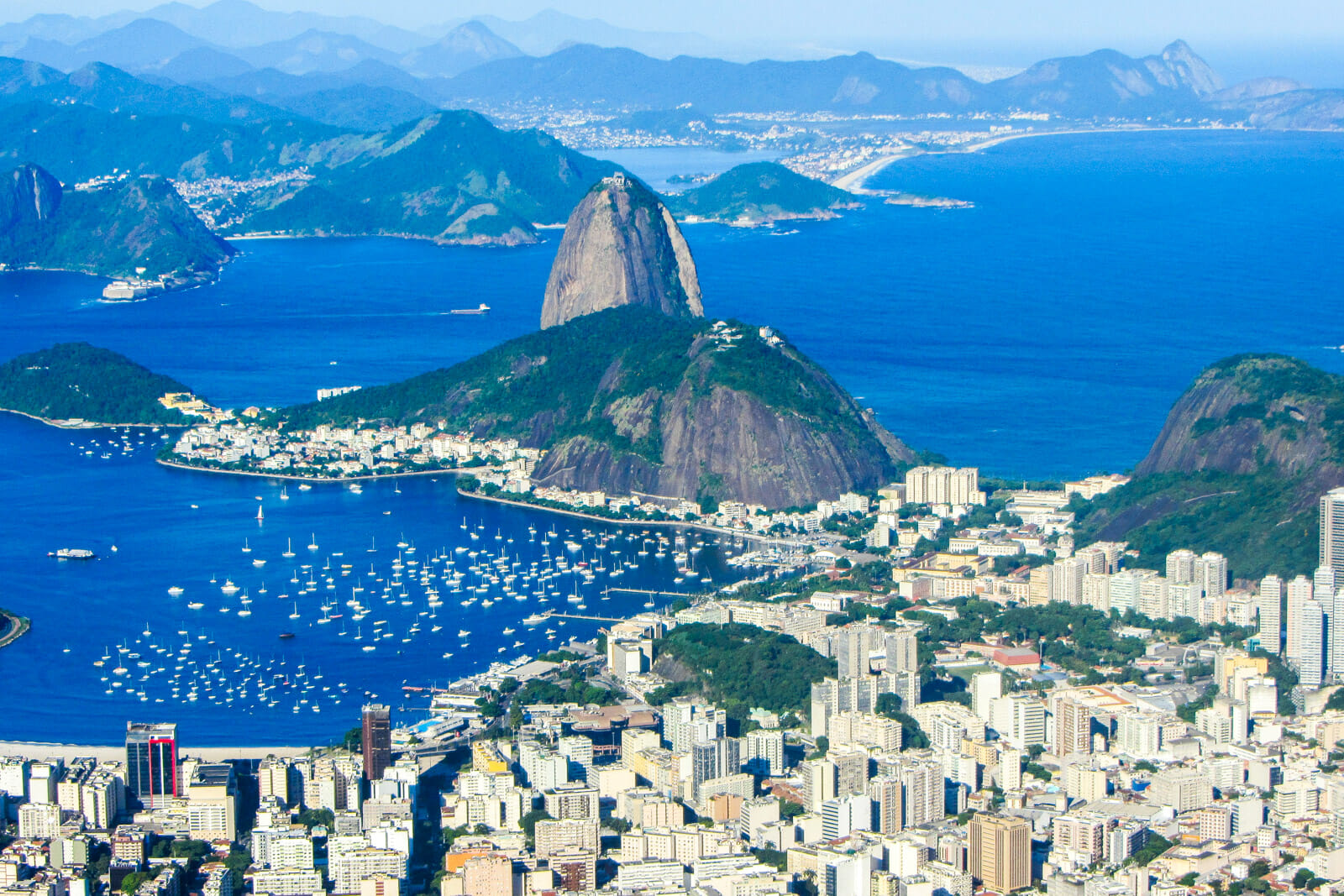 The view of Rio de Janeiro from Christ the Redeemer

What else to do and see in Rio

Contrary to most cities that house a new Wonder of the World, Rio de Janeiro has a vast array of activities and attractions to offer that the Wonder itself gets overshadowed and it is not uncommon to meet fellow travellers who have gone multiple times already to Rio without even visiting Christ the Redeemer and Corcovado Mountain.

Besides the amazing beaches, you can also visit the impressive Sugar Loaf Mountain, place famous for its presence in movies like 007: Moonraker and the animated film Rio, where you can take a cable-car ride all the way to the top, encountering cute little marmosets who are always on the look out for treats from tourists.

Also, contrary to what most people believe, Carnival is only once a year (late February, early March), so plan accordingly in order to avoid disappointments. In future entries I shall go in-depth about all the other attractions that the Cidade maravilhosa (Marvelous City) has to offer.

Have you ever been on Corcovado Mountain to see Christ? How about Rio’s Carnival? Would you like to? Share your thoughts and experiences! 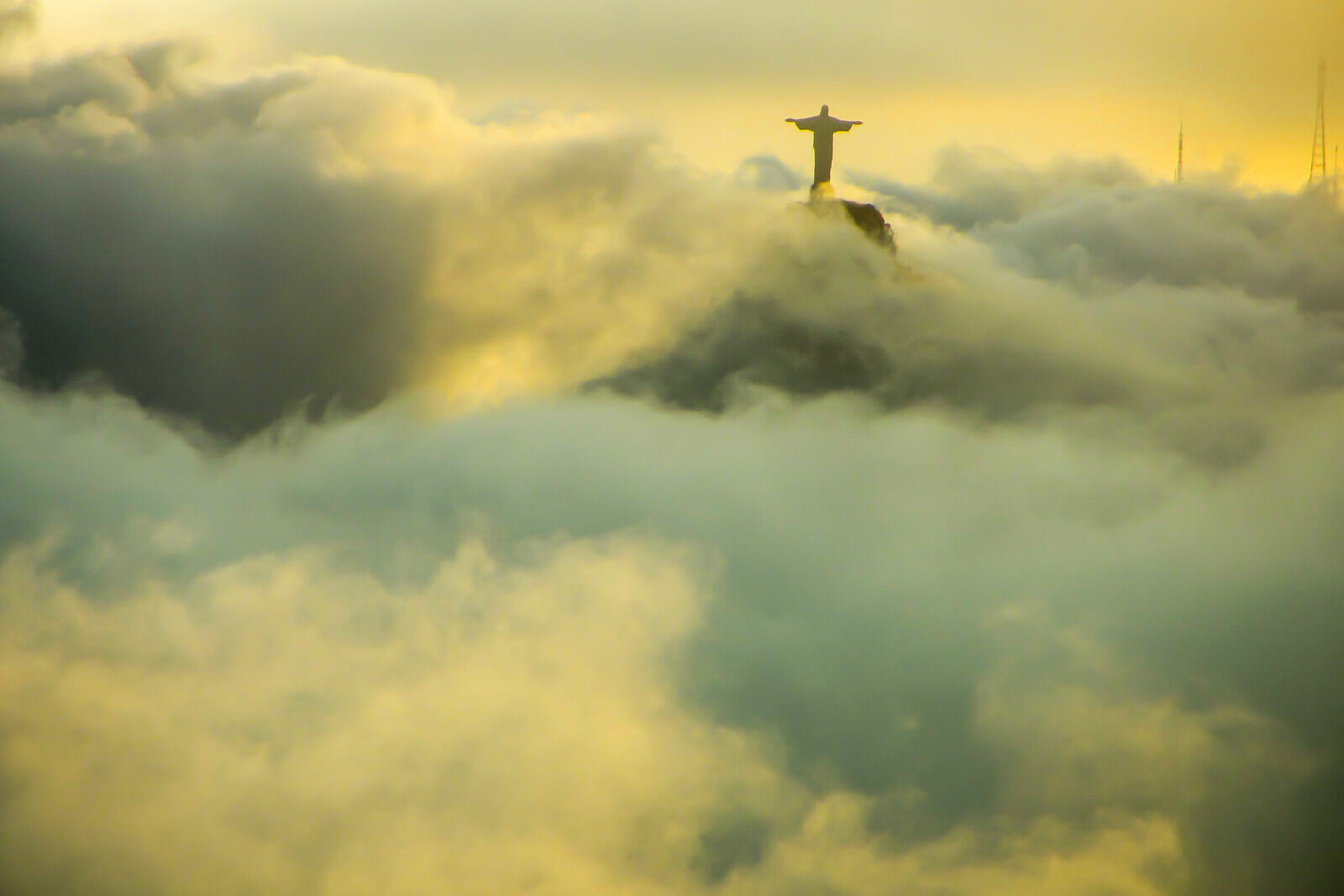 Christ the Redeemer as seen from Sugarloaf Mountain 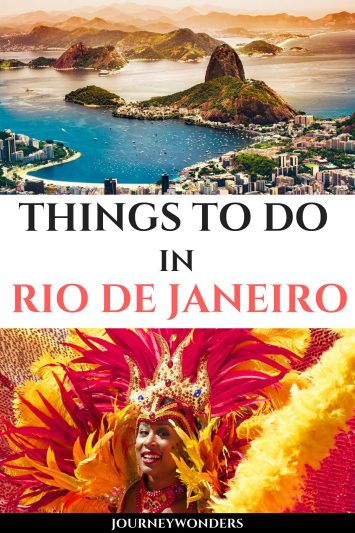