Travel and Empathy: Are We Doing Enough?

I have something to confess: Up until a few months ago I had a really hard time connecting with strangers from social circles other than my own. You see, being raised by a single mother that went from rags to riches in a developing country truly changes the way you see the world.

As I grew older I started to understand the many the sacrifices that my mother had made in order to provide me with the life she could. I never once asked for the impossible and yet, she somehow managed to make it happen.

My mother was born to a family of half a dozen brothers and sisters raised solely by my grandmother, also a single mother. My grandma managed to provide basic education for all of them  thanks to her sacrifices and it was thanks to my mother’s hard work that she managed to get a scholarship in medical school so she could become a nurse and purse her passion of healing the world.

That was the power of love and I was naive enough to think that every children in the world was raised with the privilege of having someone like my mother at their side. I was blinded to the ways of the world, knowing only what I had in front of my eyes.

“I have compassion for the poor but come on, can’t they do the same as my mother did and get their act together? She is the living proof that being born into poverty doesn’t mean that you cannot escape from it” I foolishly believed.

I was dumb enough to think that the world worked on a system of merits and people who work hard will all succeed no matter what while those who fail only have themselves to blame since they didn’t work hard enough or simply because they were too stupid to know what’s best for them.

As you can imagine, I was an insensitive jerk.

The day my life changed: The Power of Empathy

It was a rainy day in Buenos Aires in the middle of the South American winter. You see, when people think about winter in Latin Countries, they never imagine that temperatures can drop as low as in many southern European countries. Long gone were the days of dancing Tango in the streets as the windy rain gave no shelter to people living in the streets of the capital.

Soon enough, a homeless man approached me and asked me for money. He was neither older nor younger than I. He was both physically and mentally able to hold any type of jobs since he lacked any visible handicap that might have made life hard for him. To the observer, he was the living embodiment of White Privilege and if it wasn’t for the fact that he was asking for money, you could have had easily confused him for a hipster.

And yet, there he was. Asking for money instead of performing any sort of busking activity where giving money to him could be considered as a reward or payment instead of being considered as a charity or a gift. “Why?” I asked him. “You’re young. You’re healthy. Heck, you’re even good looking. Why go for the easy way instead of working to earn that money?” I said.

“I have never worked in my life. My parents never taught me how. Then…look, I don’t want to talk about it. Just forget you ever saw me, alright?” the man said as he walked away and for a moment I taught I saw a teardrop falling from his eyes. “Wait, let me buy you a coffee. We can talk about it if you want. Just don’t do anything stupid, please.” I replied.

My friends, that was the day I fully became human.

The Social Circle: How to empathize with the World

Ever since that day, I have developed a theory about the things that matter to us during our daily live. You see, we all have a circle of the people we care about it in which we include our friends, family and loved ones. Each time we meet someone new, we make a split-second decision regarding whether they could belong in our circle or not.

Day after day, we are aware of what’s happening in the world and yet, a non-fatal accident of someone inside of our circle matters to us more than hundreds of innocent victims killed in lands far away from ours. It’s just human nature and there’s nothing we can do about it.

Actually, scratch that. There IS something that we can do about it:

We can start to expand our circle until it’s big enough to include every single person in the world. Our best weapon? Empathy. By relating with the struggles of strangers and people who we would otherwise not even acknowledge they exist, we are already making a small difference in this world of ours.

Listen, I understand your fears when it comes to trusting strangers. We’ve all been hurt, we’re all afraid, we close ourselves to people because of it, but when we break through the fear and embrace every type of human it becomes easier for us to embrace every facet of ourselves. I have experienced some of the cruelest betrayals in my life, both by strangers and by people whom I trusted with all of me and yet, I still wake up every single day seeing the best in people.

What hope is there for mankind if we don’t?

I want to believe that humanity has a bright future ahead. I really do. You see, at the end of the day every single one of us is already connected whether we realize it or not. Don’t believe me? Let me tell you a story about a singer I met in Plovdiv last November.

One of my highlights of the year was meeting a charismatic Bulgarian singer in the streets of Plovdiv who sang a few songs in Spanish once he realized that I was from Mexico. What’s so especial that separates this singer form all the others I have met in the world? Nothing. Everything.

You see, it is quite normal for us travelers to spend a few days in each city before hitting the next one and to photograph the locals we meet after exchanging a few words of politeness but what made this situation special was the fact that the singer and I really bonded thanks to the enchanting magic of music.

True friendship knows no boundaries such as age, wealth and nationality and soon enough, he became part of my circle. As your circle grows bigger so does your heart. Most people in this world are richer than what they think and it is thanks to conversations such as this one that we are able to realize how privileged we all are.

Get out of your comfort zone during your travels and start speaking to those random strangers you meet on the streets. Who knows? Chances are that you might learn more from them than them from you.

And remember: just because someone looks perfectly happy from the outside it doesn’t mean that they’re not quietly suffering from within (I really recommend you this article about traveling with depression, it’s an eye opener for sure).

Expand that circle and let empathy flow through your veins! Remember, the best currency you might give them it’s not money. It’s time. And speaking of which…

This Christmas I will do something I have never done before

If you’re an avid reader of this humble blog of yours, you already know what I think about volunteering (here’s a complete article I wrote about why you shouldn’t volunteer in orphanages). However, as Christmas time approached I began to notice an empty hole that was growing bigger inside of me: “Am I doing enough to help and inspire people from all around the world?”.

Yes, people of my circle can count on me to always be there to inspire them to get out of their comfort zone and start exploring the world but how people who are currently outside of my circle? How about homeless people who contemplate suicide every single day just because they have yet to learn the secret about how you don’t money to achieve your own dreams? How about the orphans whose lives they feel are over before they even began? How about the elderly who are confined to a retirement home still dreaming about exploring distant lands?

Who will inspire them? Who will speak for them? Who will be there to show them a different point of view? This Christmas I will do something I have never done before: I will continue my mother’s legacy and start the long process that will end up healing the world in our lifetime.

Will you stand with me? 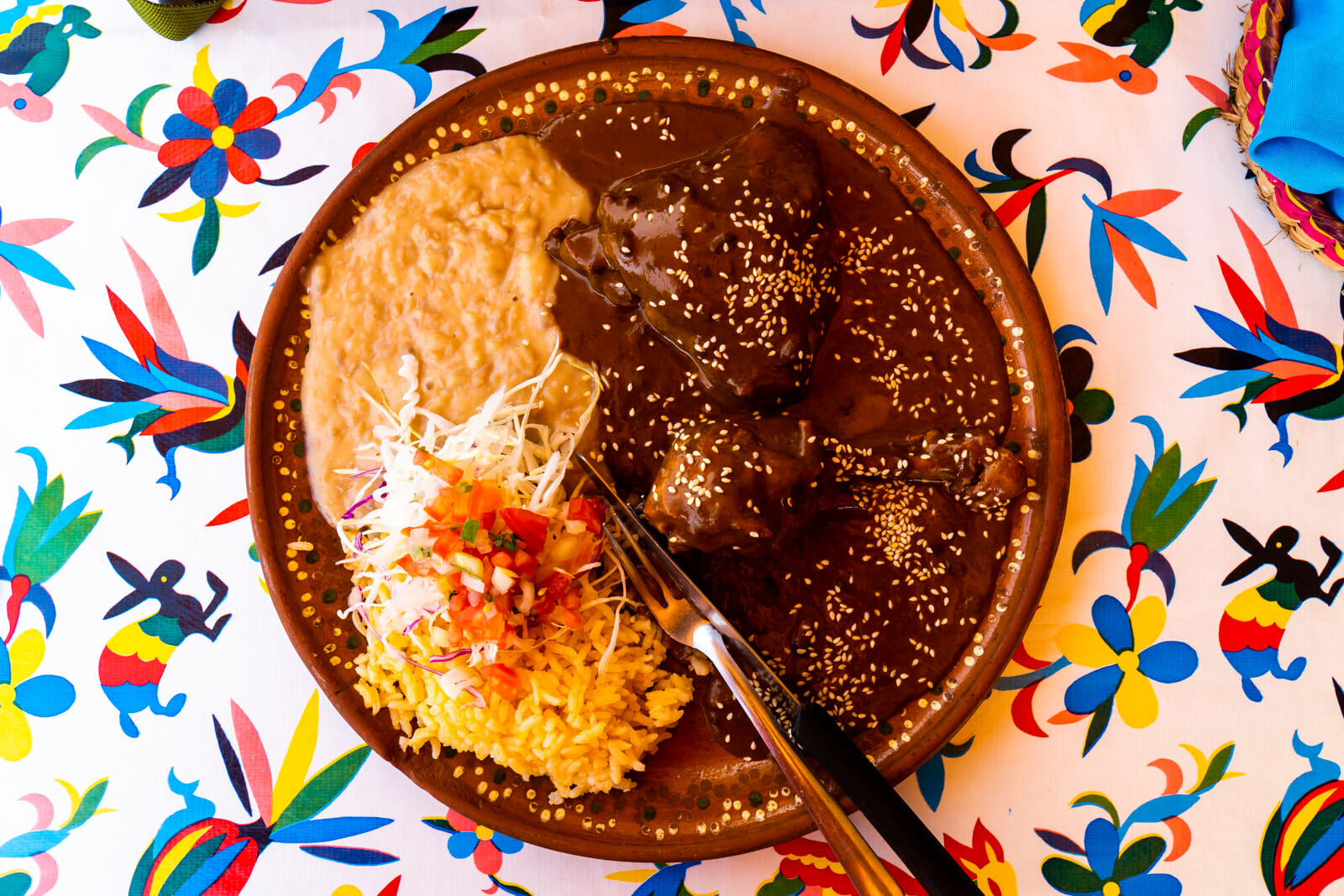 This is an amazing and emotional post and I completely agree we need to expand our circles and we need to trust more. I too have been betrayed so many times by both strangers and close friends that I should shut myself from the world but I will not because that will benefit no one not even me.

Wow being a world traveler must be awesome! I love your post, it is very empowering, interesting and very inspirational to me. I really love the way you write by the way!

This is an awesome inspiring post indeed. I am glad you have gained empathy. We all really do need this to grow in our lives. Well said indeed. We all do need to grow our circles. Thanks for sharing.

Nowadays people so fast to judge people, they'll never take the time to get to know a person; it's always so sad.

I am very leery of giving money to people on the streets. It's not that I don't believe in giving back to my community, I just do it through charity organizations after I found out that a majority of the people on U.S streets are not homeless but using the system to make people feel sorry for them. One man who had been doing it for awhile made more on the streets than I did that year working a full time job. So I questuon it. But I love this post I love that you want use to open our eyes and treat people better.