Selcuk, the Gateway to the Ancient Ephesus Ruins in Turkey

Selcuk is the closest city to the Ephesus Ruins and also the home of the Byzantine castle of Ayasuluk. Here is an article about the best things to do and Selcuk. Explore Selcuk now!

Interested in visiting a charming off the beaten path Turkish city? Selcuk is the closest city to the Temple of Artemis at Ephesus and also home of the Byzantine castle of Ayasuluk.

It also is one of the least visited historical cities of Turkey even though it is perhaps one of the most amazing ones. In fact, if you time your visit right, you might even witness an unique festival of camel wrestling.

Yes, you heard that right: Camel wrestling. Interested? Come and explore the magnificent city of Selcuk with me! 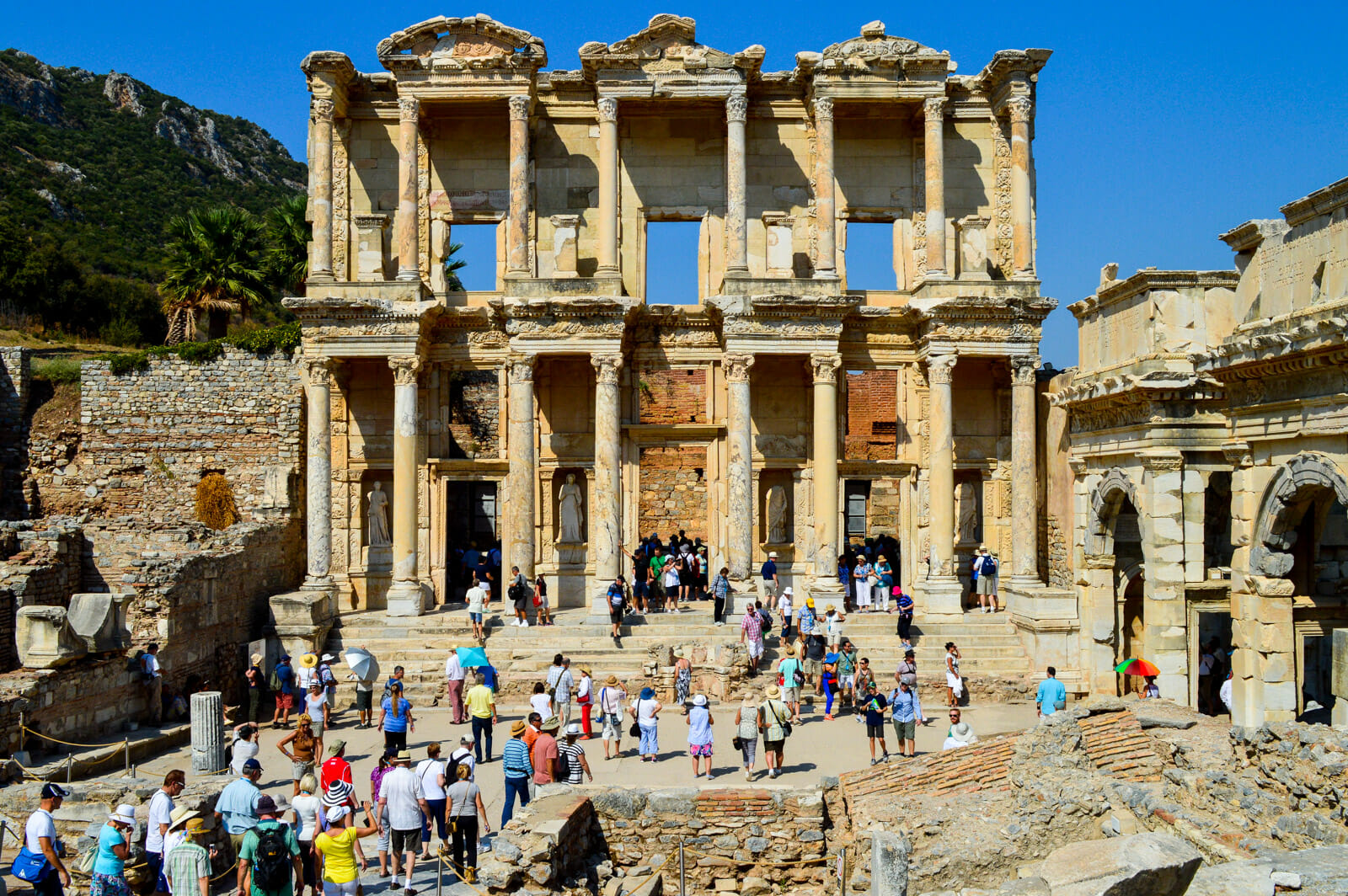 The Ancient Greek City of Ephesus

The city of Selcuk is located 100 km (62 miles) away from Izmir and 3 km (about 2 miles) from Ephesus, making it a perfect home base for exploring the ancient archeological site as well as the other three unique ones found within Selçuk itself.

The Temple of Artemis (one of the original 7 Wonders of the Ancient World), the ruins of the Basilica of St. John and the Byzantine Castle of Ayasuluk.

The best part? You can easily visit the three of them on the same day on foot since they are quite close to each other.

Things to do in Selcuk #01: Pray at the Basilica of St. John

This Basilica was built to honor of St. John the Apostle who lived in Ephesus after leaving Jerusalem. It was here that he was exiled by the Roman Emperor to the island of Patmos where he wrote the Book of Revelations. Today, only the ruins of this Basilica remain.

The entrance fee to the Basilica of St. John is 10 TL (about 3 euros) and also includes entrance to the Byzantine Castle of Ayasuluk. To get here you just need to walk a small hill from the main city center (it’s a 5 minutes hike). Just follow the Hellenistic columns and you’ll make it before you know it.

Trust me, it’s closer than what it looks! Interested in learning more about the beginnings of Christianity? Don’t miss the Cave Churches at Cappadocia! 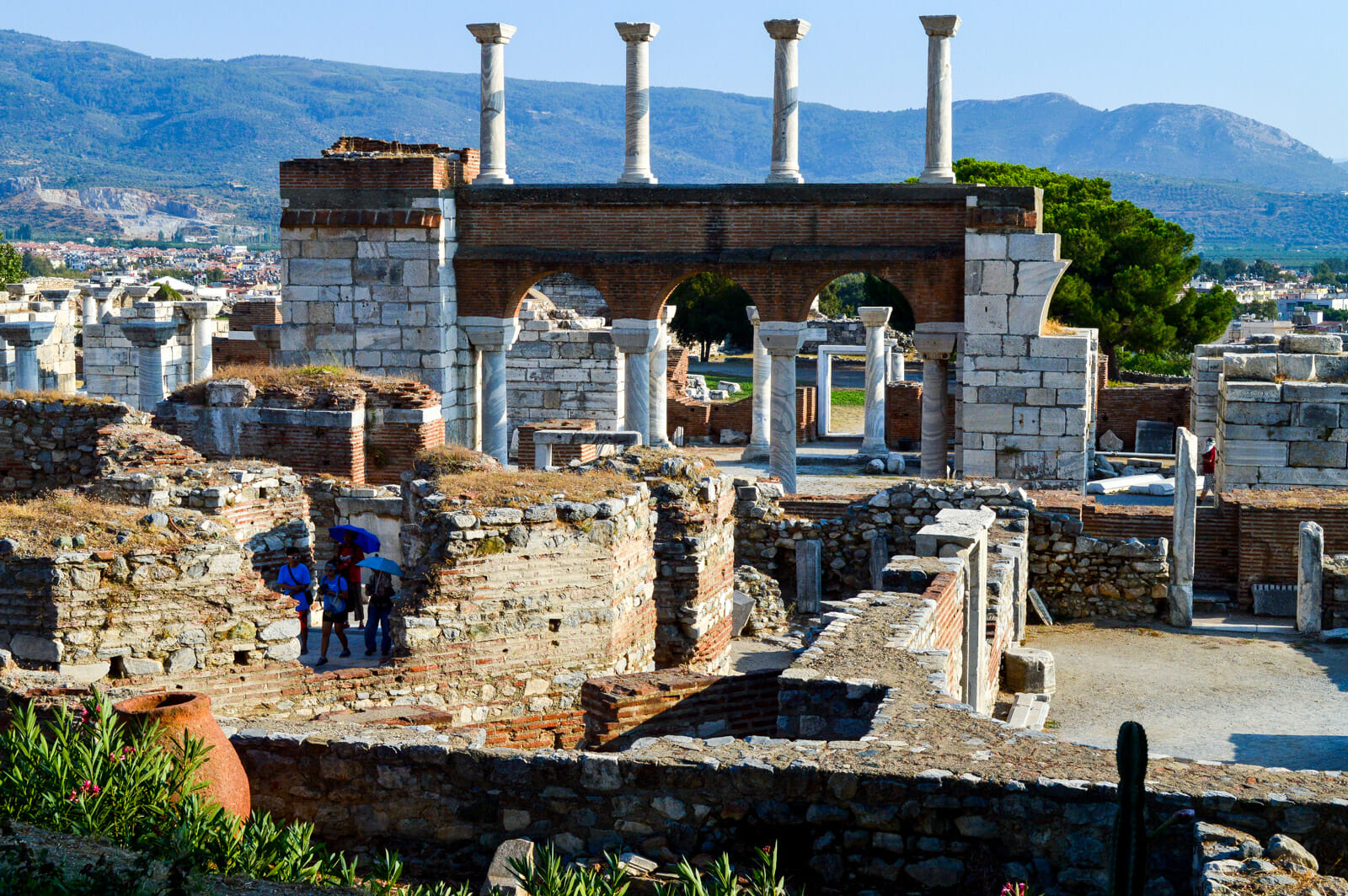 John the Baptist Basilica in Turkey

Things to do in Selcuk #02: The Byzantine Castle of Ayasuluk

This recently renovated castle was built during the time of the Byzantine Empire and later remodeled by the Turks. On the outside you will see the emblematic Turkish flag and the face of Mustafa Kemal Ataturk, father of the modern-day Republic of Turkey.

The inside of the castle is, however, very underwhelming since there’s nothing to see besides the ruins of a Mosque, however the views over the city of Selçuk are unparalleled. 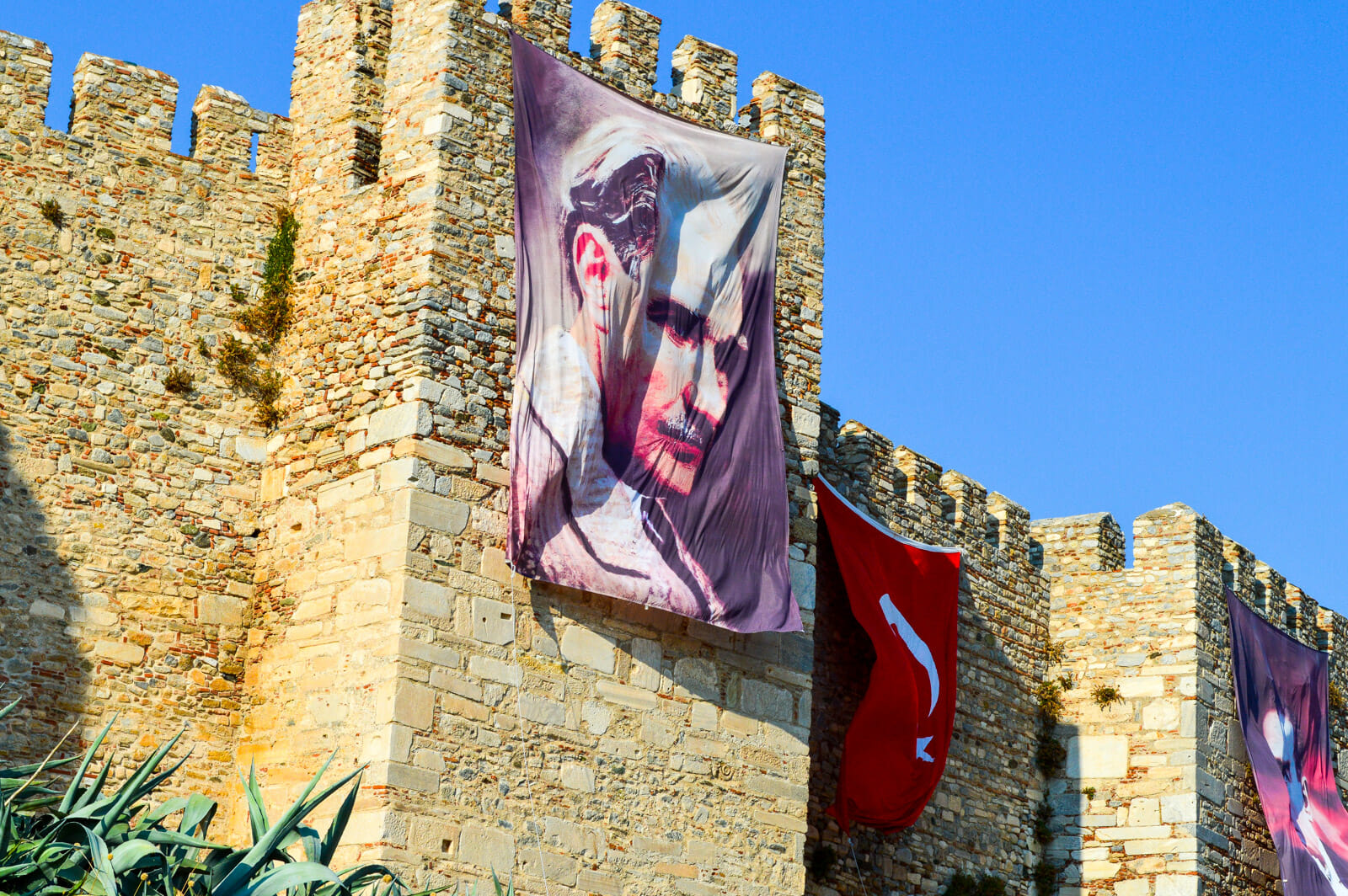 Things to do in Selcuk #03: The Temple of Artemis, Wonder of the Ancient World

The most recent and most well-known version of the Temple of Artemis was built during the Third Century BC after the destruction of the previous one.

The Temple of Artemis is perhaps most known for being a part of the original list of the Ancient 7 Wonders of the World, which also included the Floating Gardens of Babylon, the Colossus of Rhodes, the Mausoleum of Halicarnassus, the Lighthouse of Alexandria, the Temple of Zeus at Olympia and The Pyramids of Egypt (the only one to remain still intact to this day).

Today, only a column remains after its destruction in the 3rd Century AD. There is no entrance fee to the site but you will encounter souvenir salesmen who claim to be workers of the site and who will convince you to buy “ancient archeological coins” from them. The coins, of course, are fake.

What you can do, however is to buy postcards and DVD’s about Turkey’s most curious sport: Camel wrestling. Yes, it’s real! 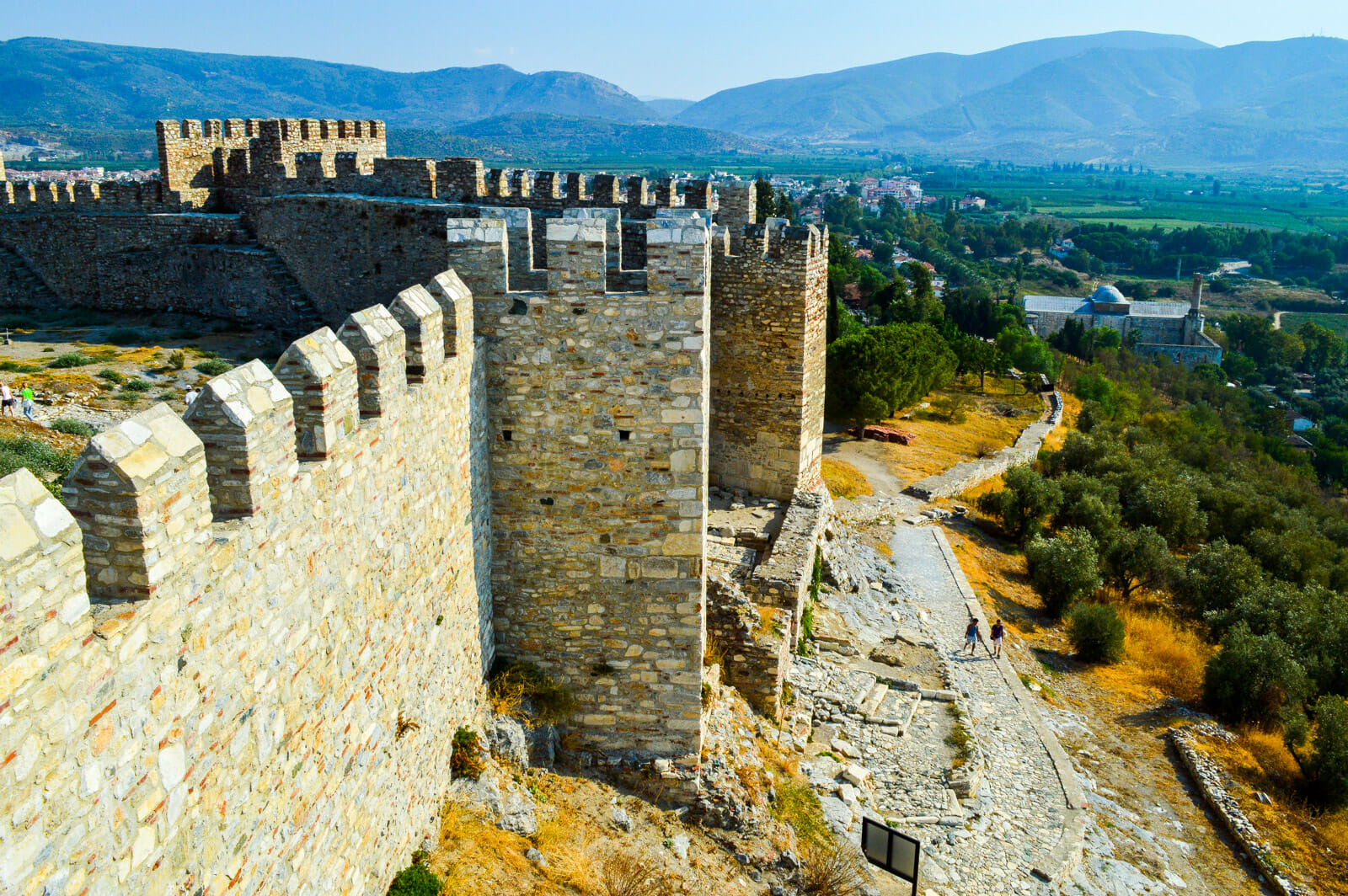 The Byzantine Castle at Selcuk Turkey

Things to do in Selcuk #04: Explore the Ancient City of Ephesus

You basically have three options to visit Ephesus. The first and most expensive one is to take an organized tour that will also include a visit to the house where the Virgin Mary allegedly spent her last days. The second option is to take a dolmus (minibus) from Selcuk which will cost you 2 TL and will drop you at the lower entrance gate of Ephesus.

The third option? Take the scenic 3 KM walk from Selcuk which shouldn’t take you more than one hour to complete each way. Stay tuned for a future article here at A Journey of Wonders about everything you need to know about Ephesus and the reason why I wasn’t impressed at all with it. 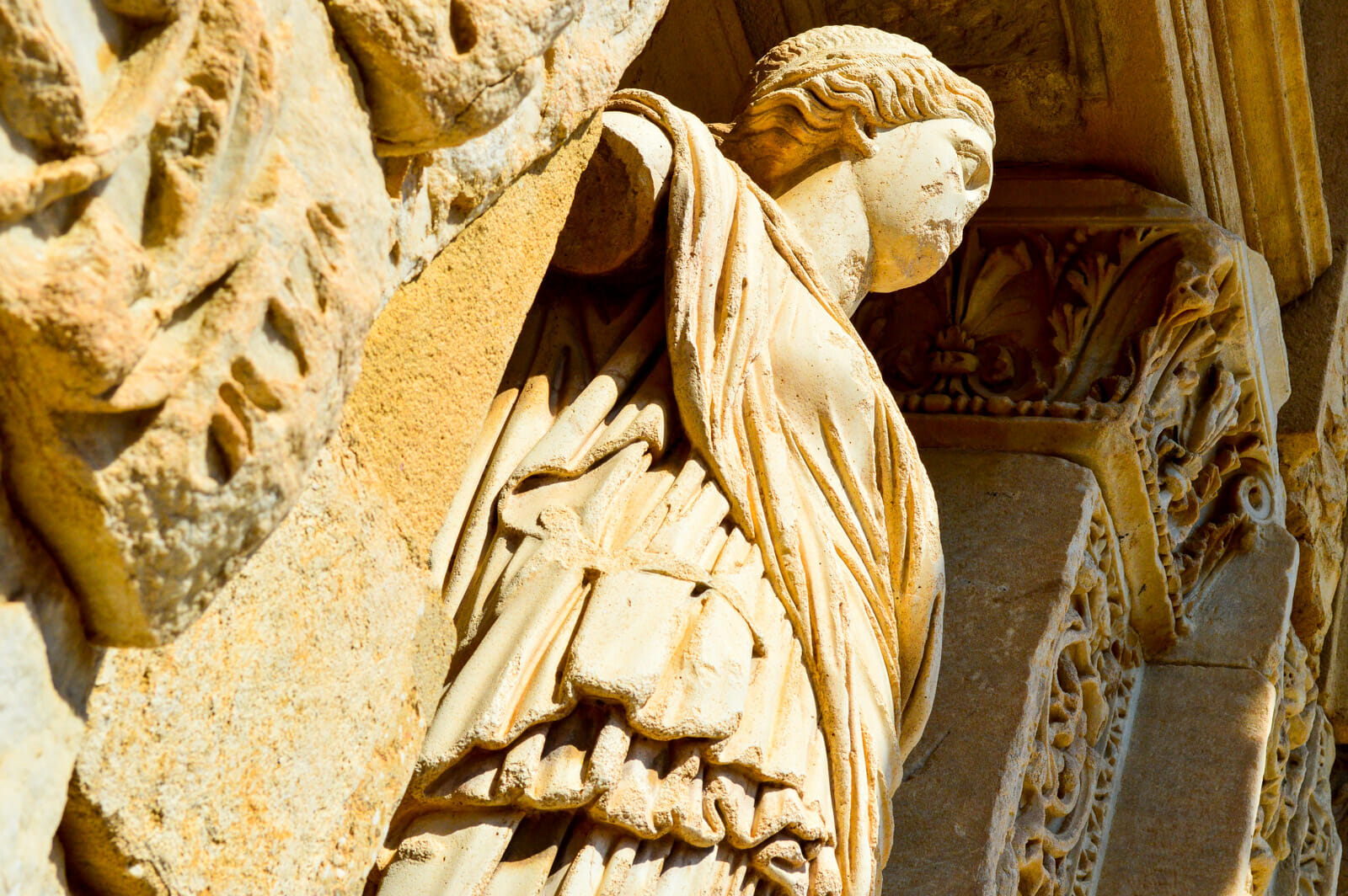 The ruins of Ephesus, Turkey

Things to do in Selcuk #05: Go shopping at the Turkish Bazars

Besides eating amazing food and shopping for good quality items (the main specialties of every modern Turkish city), you can visit the night market of Selcuk to see interesting displays of daily life and interaction. Selcuk’s markets might not be as big as the Grand Bazaar of Istanbul but it sure does its job!

Also, you can travel to the nearby town of Şirince (6km, 4 miles) by dolmus and enjoy the Turkish wine that is characteristic of the region. Other site of interest is the Selcuk Museum where you will find some of the statues excavated at Ephesus and at the Temple of Artemis. 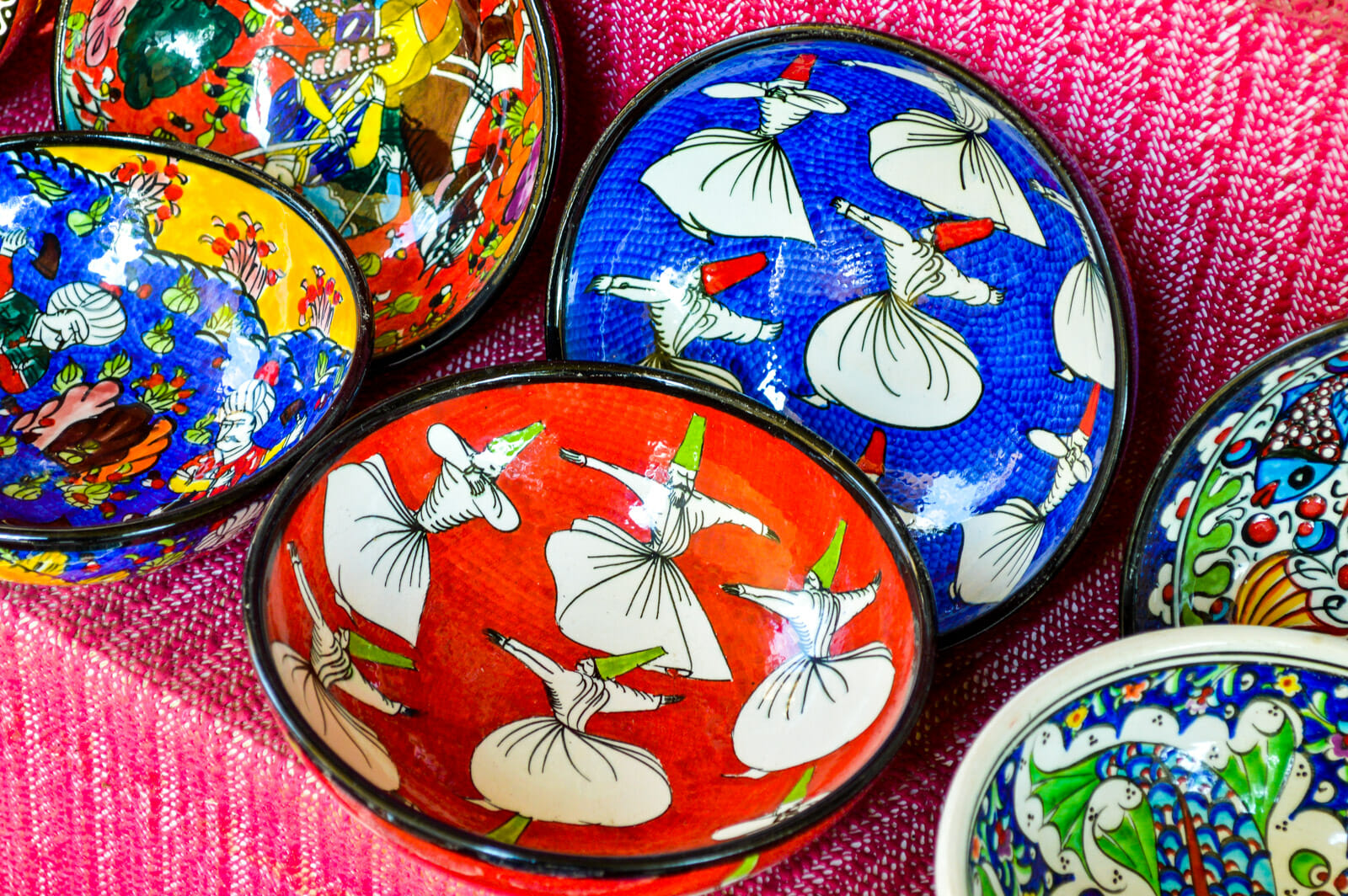 Where to stay in Selcuk, Turkey

Accommodation in Selcuk is quite diverse and the city is so small that you’ll always be close to the main cultural attractions no matter where you stay.

Here’s a list of my recommendations for all types of budget: Ayasoluk Hotel and Sirince Tas Konak for luxury and boutique hotels with Epehesus Hostel and Amazon Petit Palace as the best options for budget hostels and guesthouses. 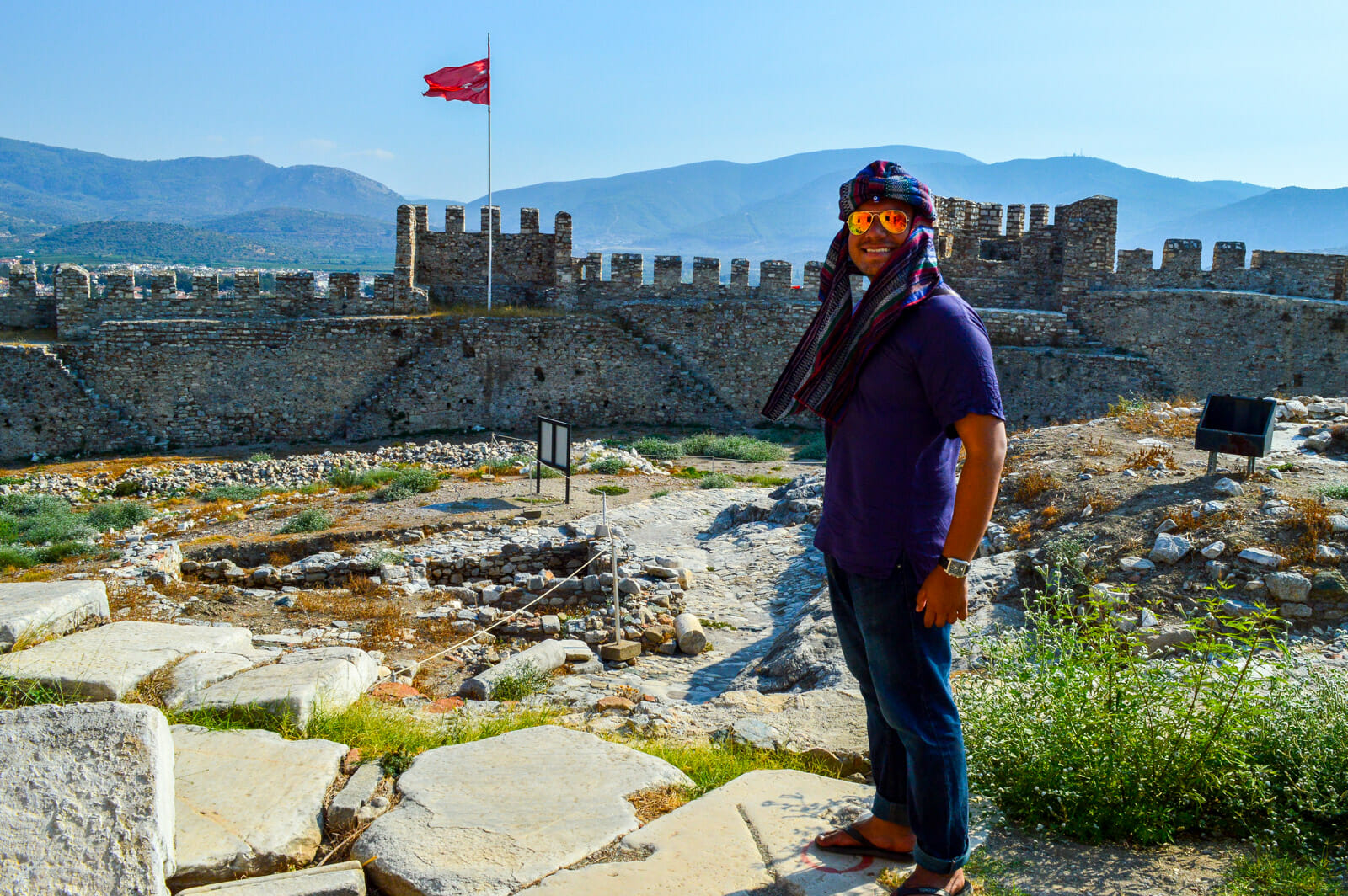 The Man of Wonders at Selcuk

In the end, I recommend you to stay at least three days in Selcuk in order to fully appreciate its cultural heritage without rushing it. Plus, you can always visit nearby Fethiye, Pamukkale or Pergamon afterwards to continue your Turkish journey of wonders.

Have you ever been to Selcuk? Would you like to? Were you impressed by Ephesus? Share your thoughts and let me know what you think!

Until next time my friends! 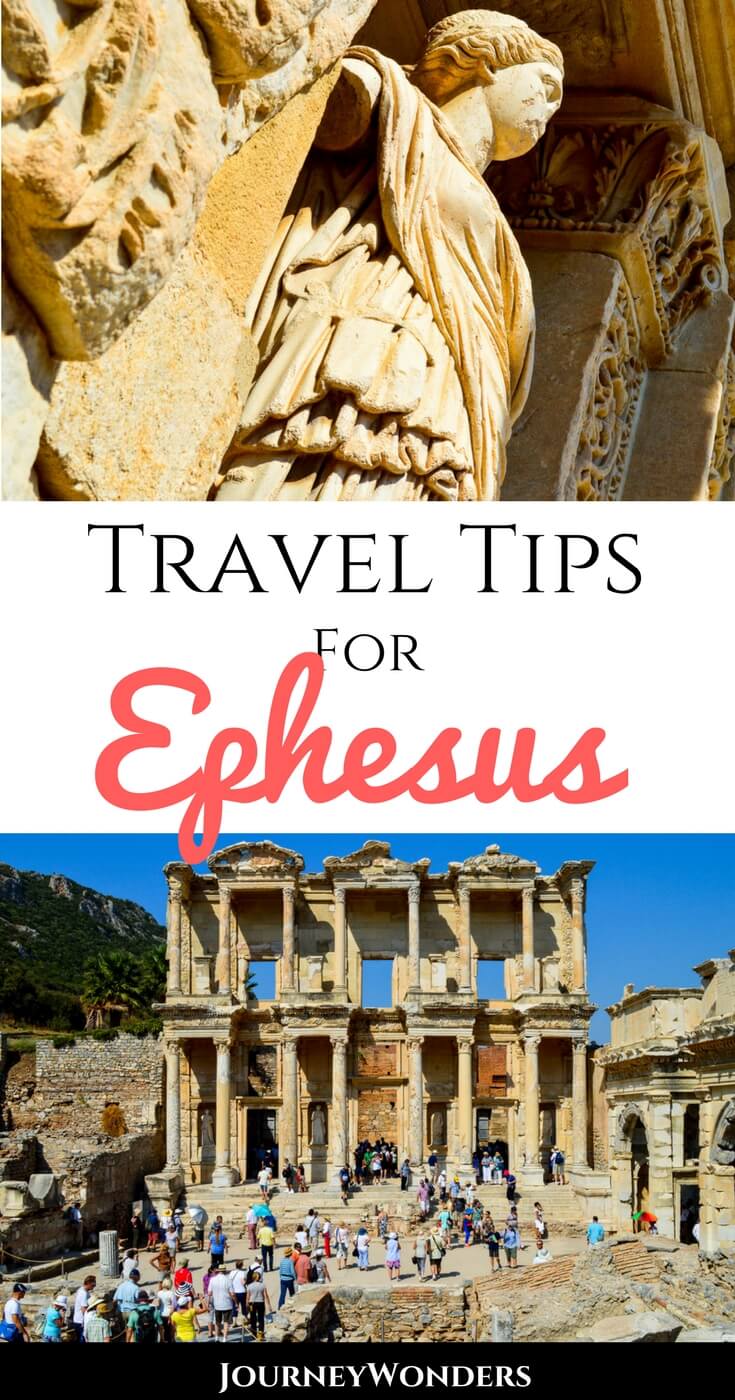