Helsinki is a very peculiar type of city in terms of design and lifestyle. There’s a phrase that says “less is more” and Helsinki definitely encompasses the true meaning of it.

Whether you visit the Finnish capital for one day or for one week, there’s something here that will please everyone’s tastes and if you’re a lover of design and lifestyle like me, then trust me, Helsinki is THE place to be.

Are you ready to explore Europe’s capital of lifestyle and design? 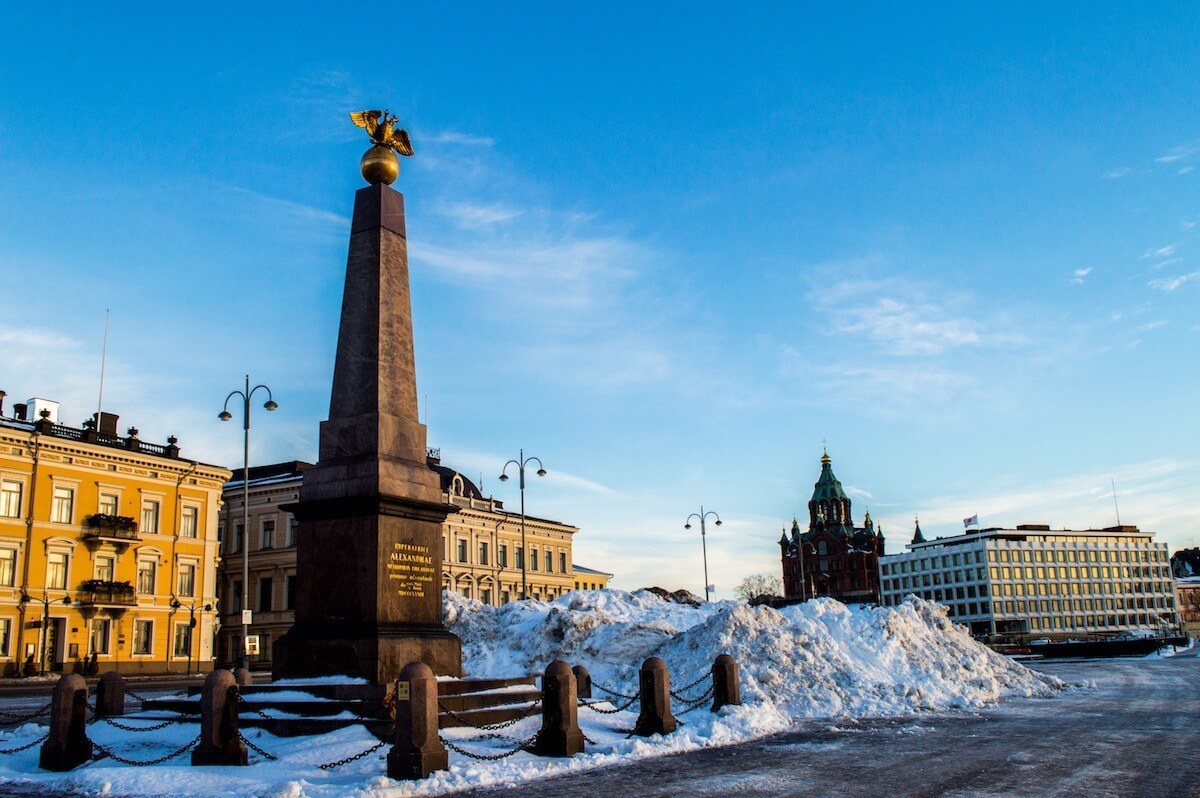 The cultural heritage of Helsinki

A brief introduction to Helsinki and Finland

The history of Helsinki starts in 1550 when a trading port was founded by King Gustav of Sweden to rival the port of Reval (now known as Tallinn). It wasn’t until centuries later that the Russian Czar moved the capital from Turku to Helsinki to reduce the Swedish influence on Finland, then a autonomous Grand Duchy of the Russian Empire.

Eventually, when Finland declared its full independence in 1917, Helsinki became its capital and has been so ever since.

Today you can still see the Russian and Swedish influence in some of Helsinki’s architectures and a good starting point to learn more about the fascinating Finnish history would be the National Museum of Finland. 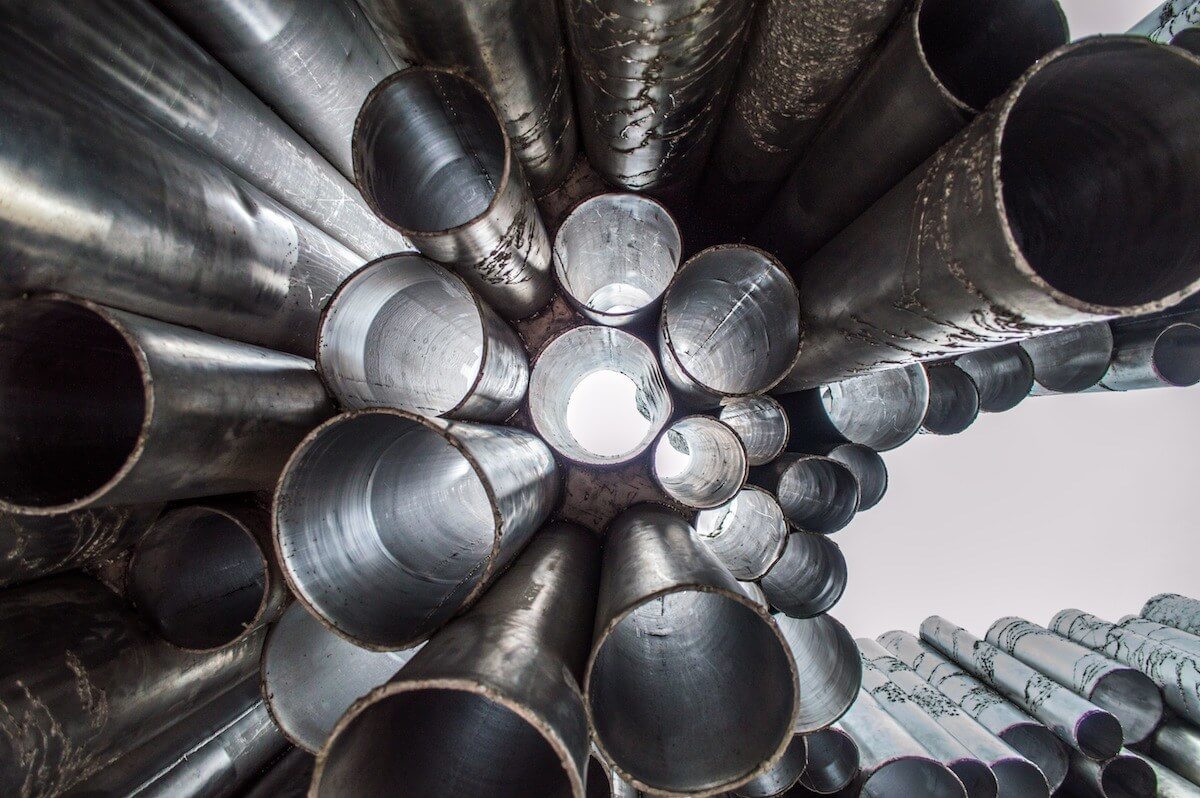 Sibelius Monument in Helsinki seen from below

There are two main topics that you need to understand in order to fully comprehend the Finnish culture. One is Jean Sibelius and the other is the sauna tradition.

First, we shall start by talking about the big elephant in the room. “What’s the deal with the public Finnish sauna, Raphael? Isn’t it a little bit weird?” a friend of mine asked me.

Well, going to the public sauna in Finland sure is a very…interesting experience. It basically consists of a hot room of naked men hitting each other in the back with a birch tree at boiling temperatures and then socializing outdoors in the snow while drinking a beer and smoking a cigarette. 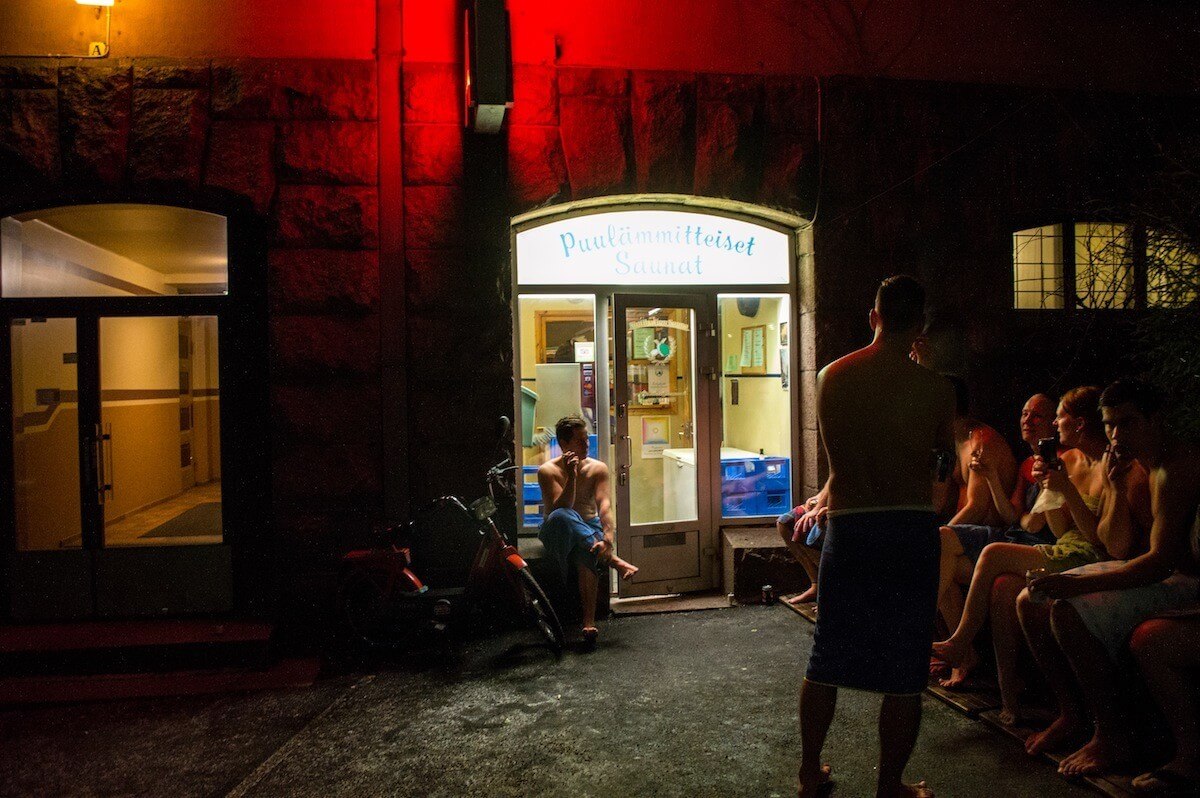 And yes, while I understand why some cultures might perceive the sauna experience as something sexual, rest assured that, at least in Finland, the sauna is a place for bonding and socializing and that in olden times, babies were born here (but not made here if you know what I mean).

Completing the circle of life was an important aspect of the Finnish life and it was here in the saunas were bodies of the deceased were brought for cleaning. 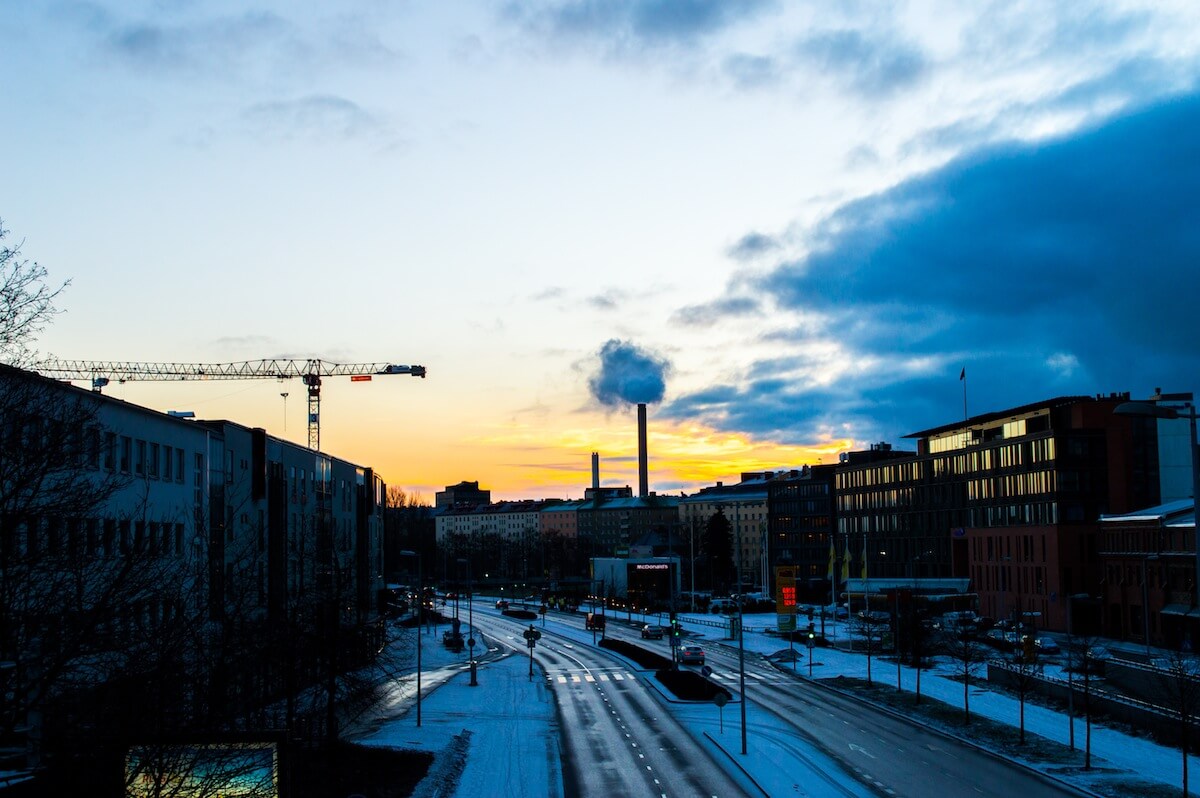 So how about Jean Sibelius?

He is one of Finland’s most prominent national heroes and composers whose music played a key role in the building of the Finnish National Identity. Today, you can see an exhibition of his work at Helsinki’s Ateneum Art Museum or just listen to his masterpiece, “Finlandia” on Youtube.

Trust me when I say that Finlandia will definitely make your ache with wanderlust and excitement. 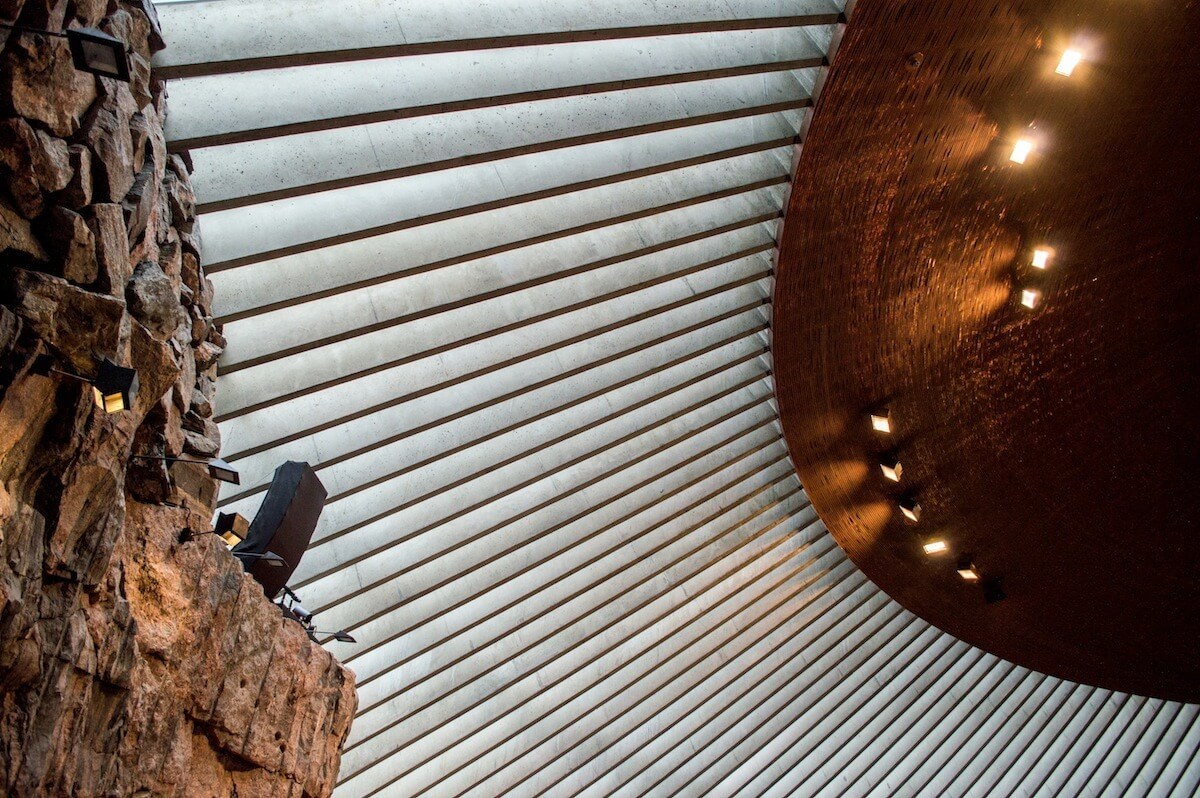 The Rock Church of Helsinki

The city of lifestyle and design, Helsinki

To the unobservant eye, Helsinki might seem to be a generic industrial city in terms of architecture but the truth couldn’t be more distant from it. You see, Helsinki excels in what I like to call “experimental architecture”. From churches built inside of a huge rock to quirky wooden chapels, Helsinki is a open air museum of human creativity.

One of my favorite buildings of Helsinki is the Chapel of Silence, a wooden building located in the middle of a busy shopping area. Inside, people of all faiths come to sit down, reflect and pray without speaking. Visiting sure was an interesting experience if you ask me. Have you ever learned to enjoy the sounds of silence?

And yes, according to some Finnish, it kind of looks like a kebab from the outside. What do you think, uh? 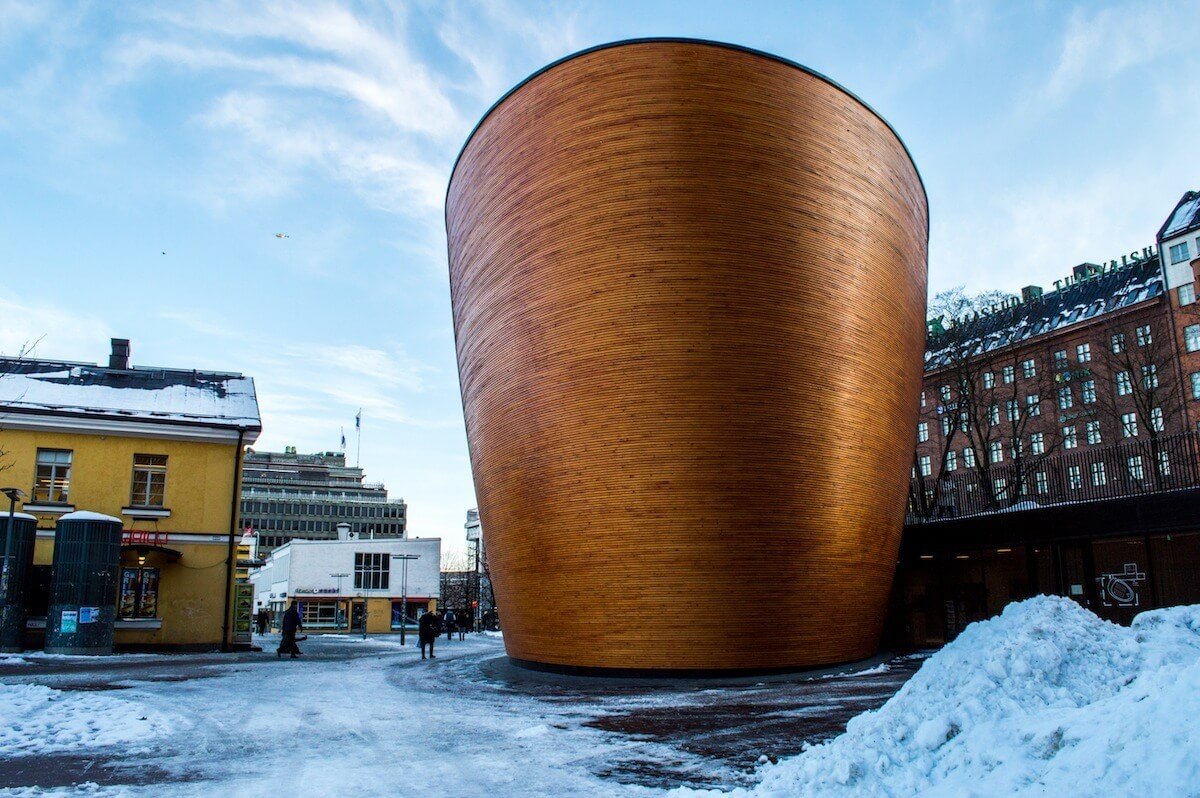 The chapel of silence in Helsinki

And talking about shopping, said activity represents an important part in the lifestyle of the inhabitants of Helsinki, nowhere else in the world you will see so many shopping malls and department stores so close to each other.

And I mean, just by taking a look at the stylish sense of fashion of Helsinki’s most prominent characters, it isn’t hard to see why Finnish people take shopping seriously. Me? I just bought an electric shaver since getting a haircut in the Nordic countries is so expensive (40 euros? No thanks).

Hmmm..maybe I should have had just let my beard and hair grow during these winter months. 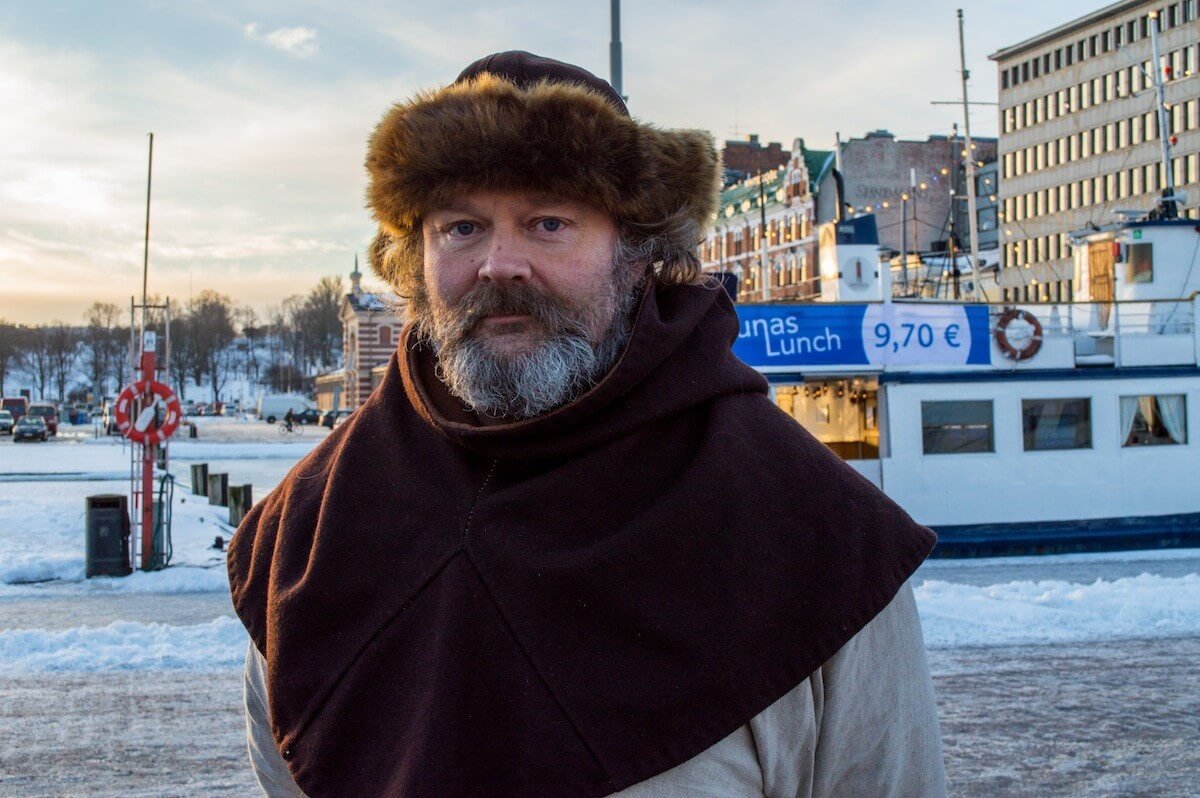 Finnish man at the harbor of Helsinki

Where to stay in Helsinki, Finland

Helsinki is a fairly big city with many districts and a very efficient public transportation system. During my week there, I stayed in three different places, each one in a different neighborhood. The first one was Vuokrahuone.com in the ‘hood of Vallila. They rent rooms to both students and travelers and feature a very interesting interior design.

My second stop was the Eurohostel Helsinki located in the historical center right next to the red Russian Orthodox Church and the port. Despite its name, it also has hotel rooms aimed at business travelers and yes, its sauna was amazing!

Last but certainly not least, I stayed at a charming Airbn rental in the district of Kallio. Upon arrival, the owner welcomed me with a complimentary bottle of Scottish Whisky and a warm smile. Damn, I really love that special Finnish hospitality! 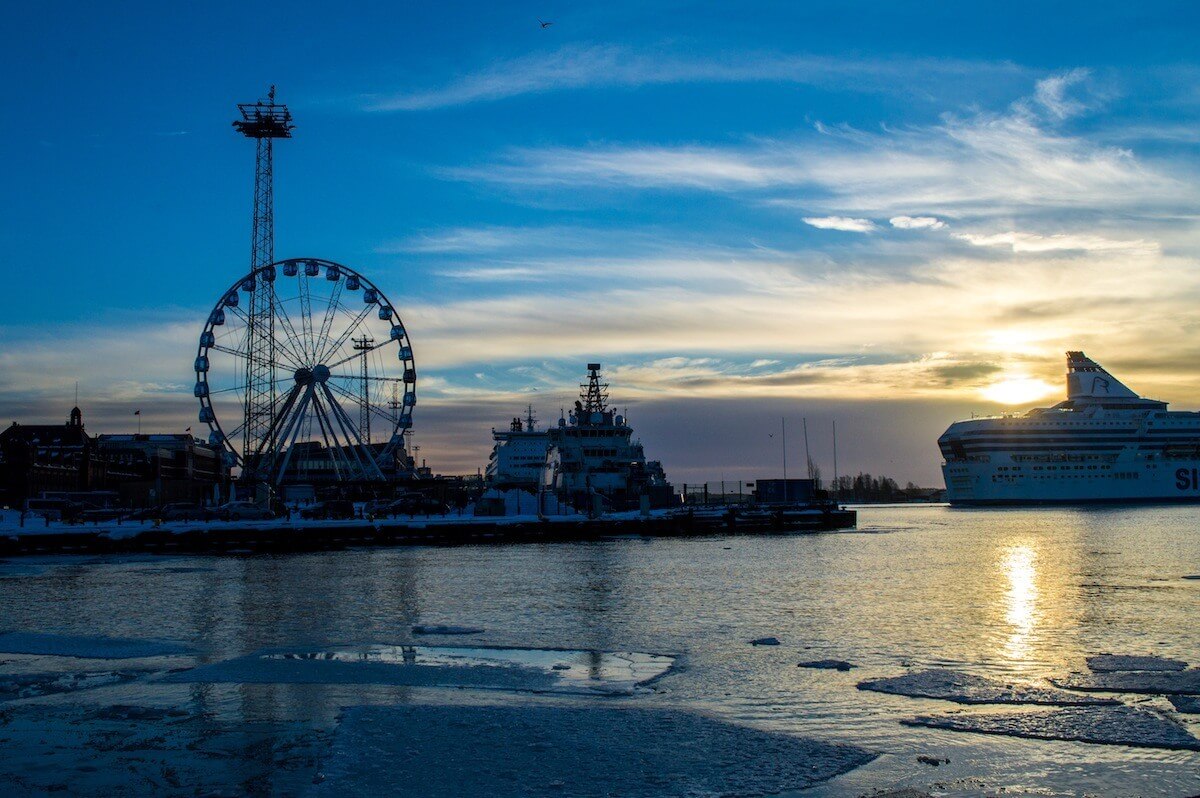 Helsinki, the city of lifestyle and design

From Europe, there are many direct flights to Helsinki (plus ferry connections from Tallinn and Stockholm with Tallink Silja Oy). This time I flew from London to Helsinki with Norwegian Airlines after spending the night at London’s Gatwick Airport.

Luckily for me, I booked a capsule cabin at Yotel Gatwick in order to avoid sleeping at the floor (have you seen my article about sleeping at airports?).

PS. You can make a booking for this and more properties via our Booking.com affiliate link of Wonders! 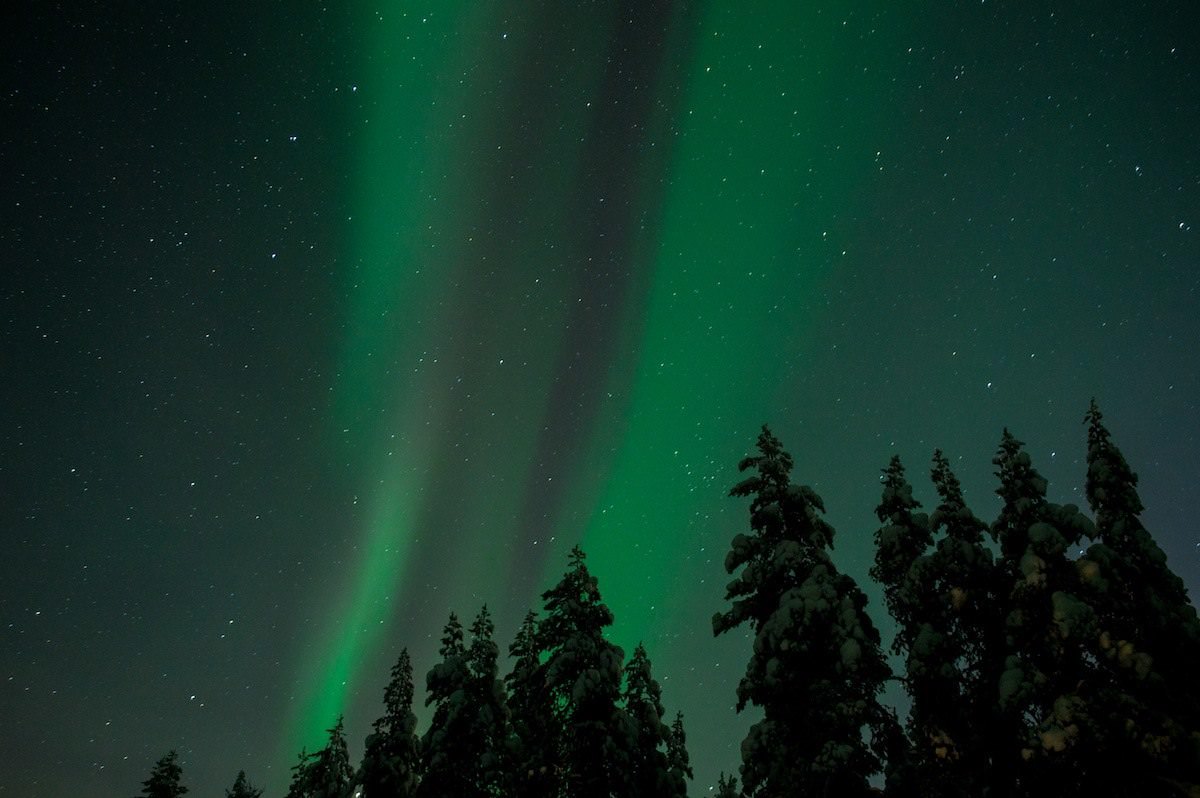 Aurora Borealis and the Starry Sky

One very important aspect to consider is that Helsinki is a very cosmopolitan city with tons of international cuisine options. Be sure to check my Foodie Madness article about Helsinki’s best restaurants for some hungerlust!

And of course, there are many trains that go from Helsinki to Lapland but that’s a story for another day my friends. Have you ever been to Helsinki? Would you like to? Share your thoughts and let me know what you think!

Disclaimer: This article was brought to you in collaboration with Visit Helsinki. Next time you visit Helsinki, be sure to stop by at the Tourist Information office to know all about the current cultural events that you can enjoy in this wonderful city. 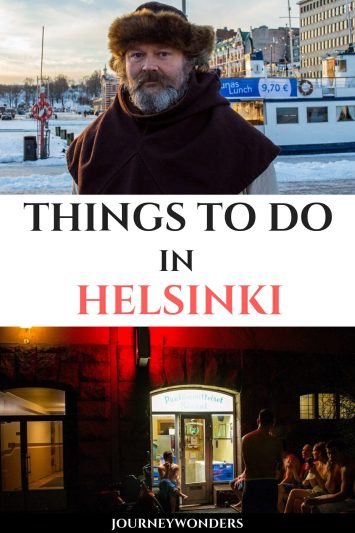